Most Toronto residents have witnessed or experienced some sort of raccoon run-in during their time in the city, and though these incidents can often be harmless, hilarious and downright adorable, there are the odd times that the critters get themselves stuck in some very tricky situations.

Take, for example, one young raccoon who seems to have somehow gotten trapped on the balcony of a condo unit in a building that is still under construction.

Neighbours have taken notice of and are growing increasingly concerned for the little trash panda, who is still hanging out on the veranda of an unfinished unit all the way on the 20th floor of 49 East Liberty Street, the second of the two Liberty Central by the Lake buildings near King and Strachan.

A local who reached out to blogTO said that they believe the animal has been stuck there alone since last Tuesday, and is unsure of how he or she got there, but believes they may have had the sliding glass door closed behind them by a construction worker. 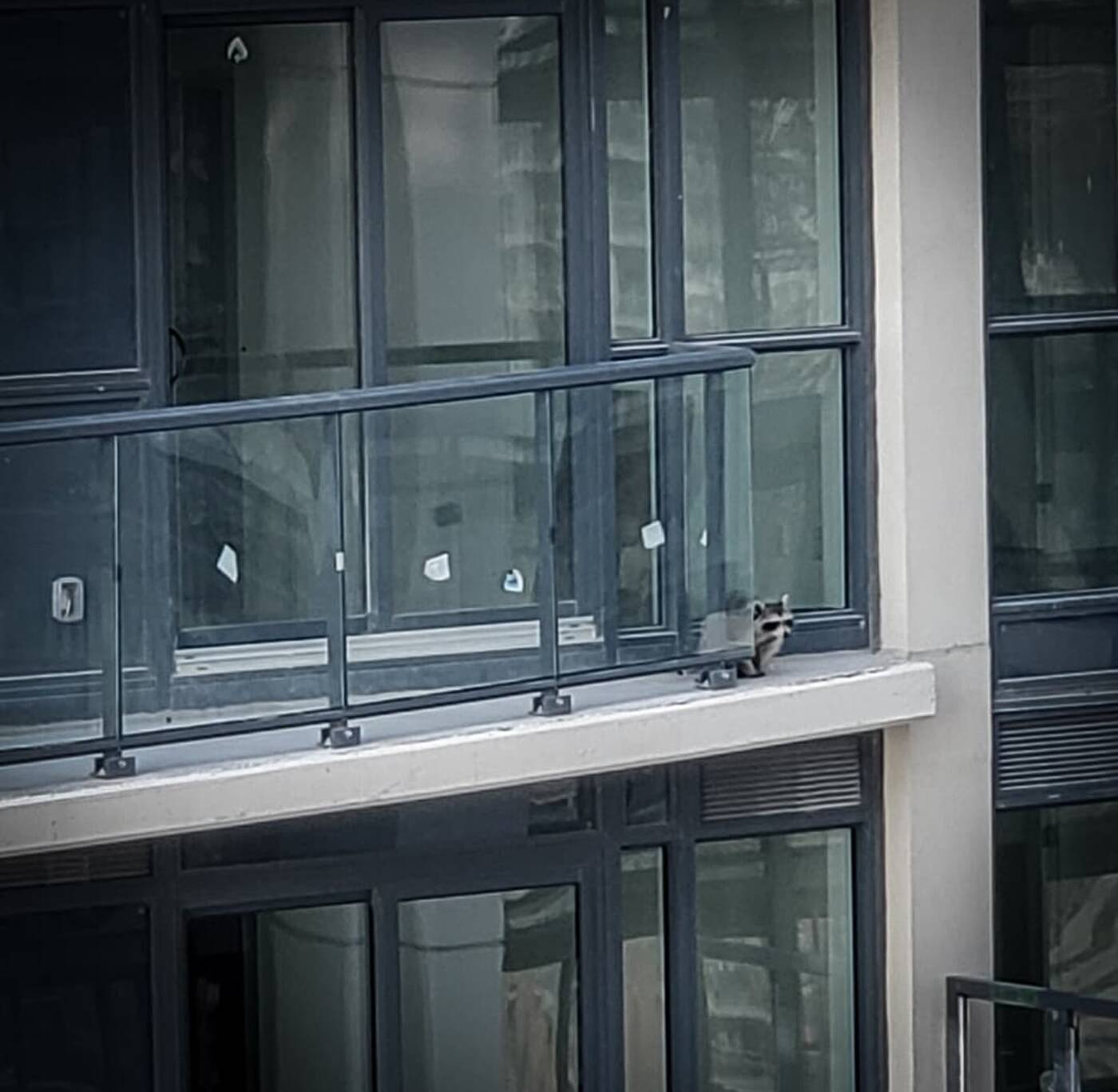 Another shot of the creature trapped on the 20th floor at 49 East Liberty, taken from the balcony of an adjacent building. Photo submitted to blogTO by Ornella Jeremic Sisi on Friday.

The resident said they reached out to Toronto Animal Services (TAS), who told them that because the animal is on private property and also not visibly sick or injured, there's nothing they can do.

BlogTO called 311 to verify this claim and was told the same thing, that TAS would need express permission from the property owner before being able to assist, which in this case is difficult as the building is still being completed.

blogTO also contacted Toronto Wildlife Centre and the building developer, CanAlfa Group, who had yet to respond at the time of publication. All communication to the front desk and management of the sister building at 51 East Liberty regarding the issue was directed to CanAlfa customer service on Monday.

The last time worried citizens noticed a raccoon stuck in a precarious place in the city, the little dude managed to free themself after a few days of passersby trying unsuccessfully to help.

There are precedents for raccoons getting themselves into and then back out of high-altitude shenanigans, in Toronto, and elsewhere.

Let's hope that this poor baby is saved or is somehow able to save itself ASAP before it's too late.

Update: The raccoon was finally rescued by a third-party wildlife control company on Monday evening.