If you've passed the little house at 9 Stanley Ave. in South Etobicoke this past year, you might've noticed a chalkboard leaning against a giant catalpa tree bearing an encouraging quote and signed, "With love from Amy."

But it's Charlotte Sheasby-Coleman behind the messages, written in memory of her dog and longtime pal who passed away last March.

Sheasby-Coleman spent her last day with Amy, who they rescued from a pound in Ohio as a puppy 12 years earlier, at an emergency vet clinic in Mississauga after an ultrasound showed widespread cancer.

"They said I could spend the whole day with her," Sheasby-Coleman tells blogTO. "So I went and took the ghetto blaster with music and The Little Prince and I read her the last two chapters three times."

"My three kids all came, my son-in-law and my sister, and we all said goodbye to Amy." 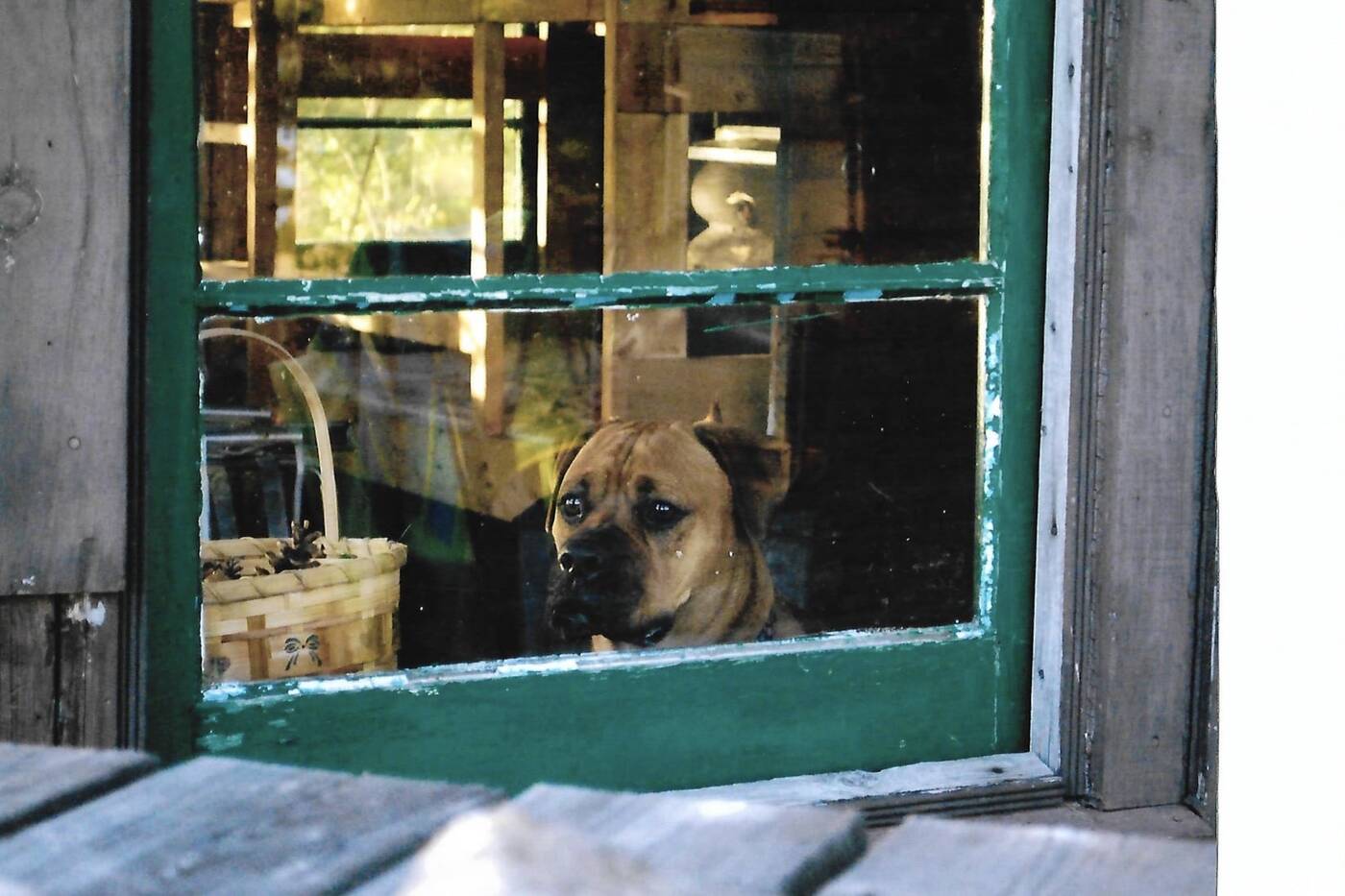 Sheasby-Coleman started the chalkboard messages 10 days after Amy passed and has been keeping it up every day since.

"I was feeling quite overwhelmed and lost," Sheasby-Coleman says. "Then I saw this little chalkboard that I had for my kids and all of a sudden it hit me: 'I'm going to write a message and it's going to be from Amy.' It would make me feel better and make people feel better."

Before they lost Amy, Sheasby-Coleman's family experienced another tremendous loss when her daughter and son-in-law lost their baby, Lola, in September two days before the due date.

The butterflies on the chalkboard are in memory of her.

"She was just perfect, a beautiful little girl, and so close, we were devastated," Sheasby-Coleman says. "And then Amy died and it was like all of the grief just gets compounded."

A post shared by With love from Amy. xo (@c.sheasby)

After five months of the "With love from Amy" messages, Sheasby-Coleman also lost her brother to cancer.

It's the chalkboard quotes that have helped her get through.

"Going through that horrible loss with my daughter and then our sweet Amy and then my brother, doing the sign has been really healing for me," she says. "Just going through the process every day has been so cathartic."

And the community seems to appreciate it too.

"If I'm outside in my front yard, there isn't one single person that walks by that doesn't say something," Sheasby-Coleman says. "This man sent me the sweetest note to say he brings his four-year-old daughter every day and she gets him to read her the sign."

One neighbour has painted rocks to go near the chalkboard, while a few others kept up with the writing of the messages when Sheasby-Coleman went to New Brunswick to be with her brother in his last days last summer.

"I'm gratified that this has brought joy and comfort and also just something to do," Sheasby-Coleman says. "It's turned into a bit of a destination. They're going for their walk, and they're going to go find Amy's chalkboard."