If you've spotted a coyote around Toronto lately, you're certainly not alone, as sightings of the species and of wild animals, in general, have seemed to increase over the course of the pandemic.

Coyotes in particular, though beautiful, cause pet owners to feel understandably apprehensive when they come too close for comfort, especially seeing as they have been known to kill dogs, sparking the city to actually issue a formal warning for residents to keep an eye out for them last month.

Though most creatures encountered in the wild are better left alone, there are the odd ones that require the help of local experts, whether it be raccoons with distemper, which is unfortunately fatal, or coyotes with painful mange.

Toronto Wildlife Centre (TWC) is one of the main organizations that steps in in such cases — like one this week, in which two young sibling coyotes were seen repeatedly eating from a bird feeder in Mississauga.

"A bird feeder was set up outside of a veterinary hospital in Mississauga, which was filled with seeds that would sprinkle to the ground. No one was expecting to see coyotes coming by to lap them up!" the animal protection group wrote in a Facebook post about the duo on Wednesday. 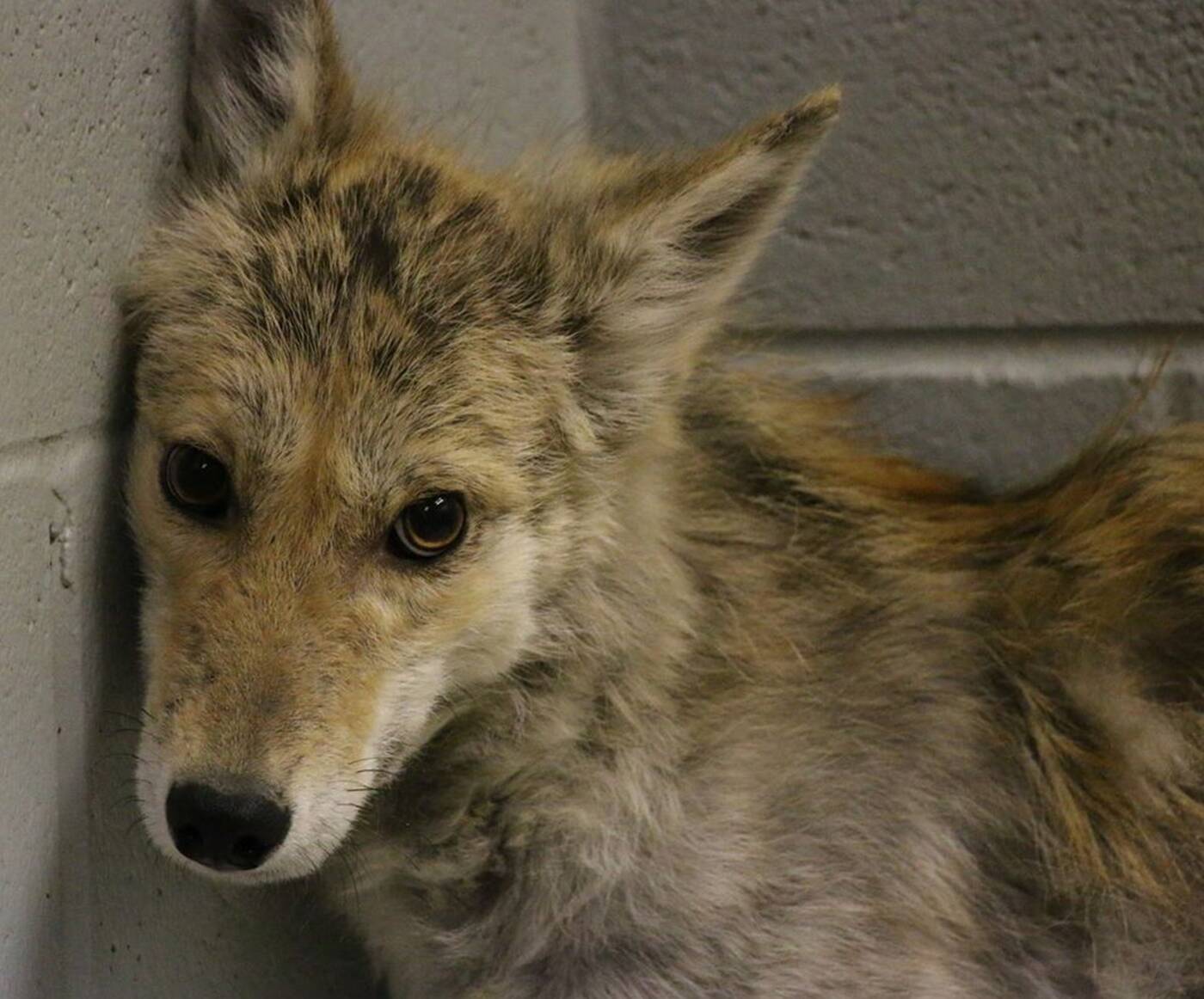 The first of the two sibling coyotes saved by the Toronto Wildlife Centre.

Vet staff noticed the pups returning day after day to feed on the seed over the last few weeks, and quickly realized that the animals were missing large patches of fur and were clearly not well. The clinic decided to reach out to TWC for fear that the critters would not survive the winter.

The rescue itself was not easy or quick, and required much patience, tact and time, according to TWC.

The first of the two was caught on Wednesday and found to have only sparse fur coverage left, with his usually bushy tail completely bare.

The team had to come back on a separate mission to catch the second who was substantially thinner, more shy and was hiding to evade rescuers.

He was eventually caught after a drawn-out rescue and reunited with his brother so they can "continue to keep each other company as they recover" safely under the centre's care.

The pair is expected to make a full recovery before being set free again, together, in the near future.