Well, Toronto, we pushed through it: the worst year on record for the vast majority of us.

Between the threat of a deadly virus and the resulting pandemic lockdown that robbed us of the joys of events, trips, visits with friends and family, and even everyday things like shopping and dining out, 2020 was undoubtedly a tough one to weather.

But, there were a few new developments that made life a little more bearable amid an otherwise terrible 12 months:

A temporary caveat allowing bars and restaurants in Ontario to sell booze for takeout or delivery amid forced closures was officially made permanent earlier this month, meaning that residents now have plenty of options beyond having to hit up the LCBO or beer store, or call a dial-a-bottle number you probably forgot after the age of 19.

It also adds an additional much-needed, albeit meagre, income stream for small businesses who are still waiting to find out when they can hope to open their doors to patrons once more.

Curb lane patios were a welcome addition to Toronto's streetscape this year. Photo by Fareen Karim.

The reimagining of patios

Torontonians look forward to our few beautiful months of patio season every year, but this summer was arguably better than any other thanks to more lax rules governing patios, and the introduction of the CafeTO program.

Under the more lax guidelines, establishments could expand patios into curb lanes and onto sidewalks, and also build new patio spaces with less red tape.

All of this made for a more vibrant-feeling Toronto, with people out enjoying their first food and drink at a restaurant in months while being able to maintain a safe distance from others.

Winterizing patios also allowed businesses to draw the season out longer than usual, though that was all cut short with unexpected new restrictions in November after many owners had already invested thousands to adapt their outdoor spaces for the cold weather. 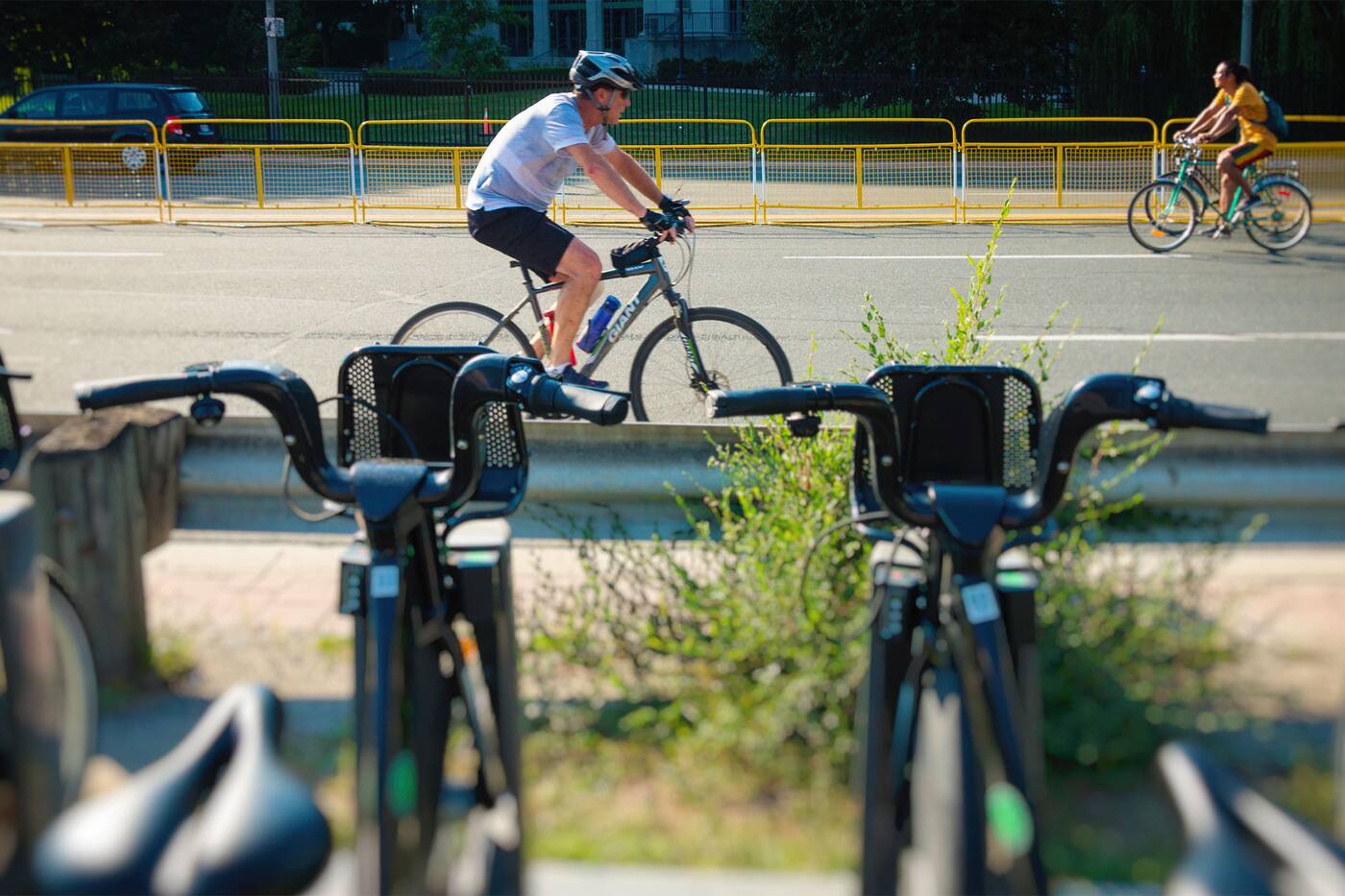 It was a lot more fun to bike along the Lake Shore this summer thanks to streets being closed off for cars due to ActiveTO. Photo by A Great Capture.

Along with the streetside patios that popped up all over the place were a slew of bike lanes — both temporary and permanent — as well as street closures that made things feel a whole lot more forward-thinking and Euro in a city known for prioritizing cars by design.

Weekly traffic restrictions on thoroughfares like Lakeshore Blvd. through what was dubbed ActiveTO led to more people getting out of the house, staying active and enjoying the weather by biking or walking. It was such a hit that it ended up being extended later than originally planned, well into the fall.

With such a high number of residents forced to work from home, and also to spend essentially all of their time at home due to lockdown orders, Premier Doug Ford decided to nix time-of-use hydro rates in March to compensate for the additional electricity residents would be using to follow his government's recommendations.

Unfortunately, both measures were short-lived, though the around-the-clock off-peak pricing was re-introduced this month with the announcement of the province's stringent blanket lockdown, effective Dec. 26. 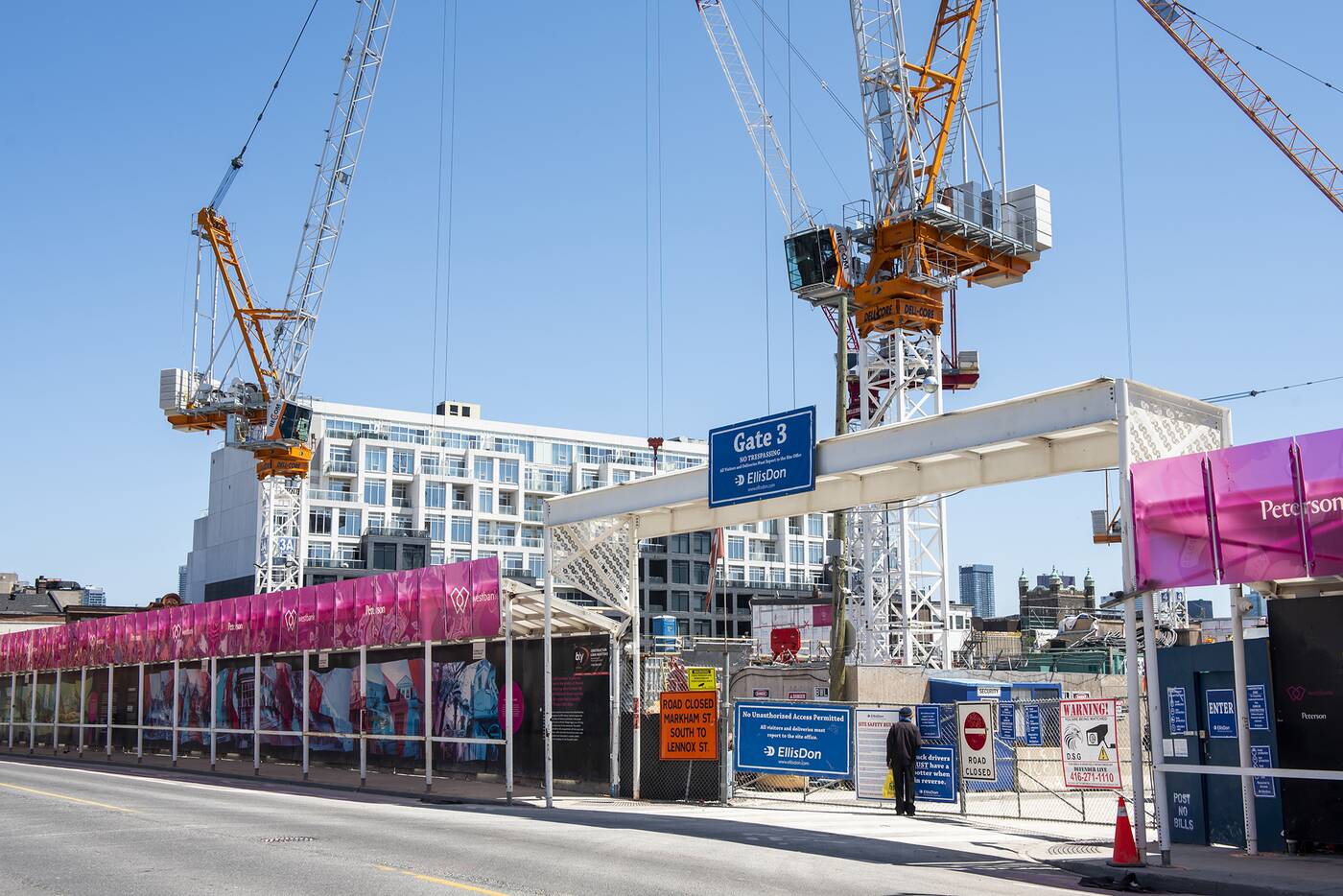 Rent should be cheaper at Toronto's newest batch of condos. Photo by Hector Vasquez.

In surprising defiance of the age-old trend of skyrocketing rent and real estate prices in what is one of the world's most unaffordable cities, Toronto rents actually decreased steadily for 12 straight months in 2020, on average, as more Airbnbs became long-term rentals, more people moved out of the city and supply went up.

For the same reasons, the condo market softened, and they became the only housing type that not only didn't see prices continue to rise despite the health crisis, but experienced a decline.

Unfortunately for tenants and prospective condo owners, these patterns are not due to last much longer.

Whether it was the inaugural concert in the new and improved El Mocambo or the spectatorless Santa Claus Parade at Canada's Wonderland featuring Dolly Parton, Toronto was treated to a dizzying array of online iterations of various events as entire industries and the world at large adapted to the new normal.

Though organizers did their best and certainly provided some stellar programming, there's nothing quite like attending things in-person, which we will hopefully be able to do again in the months to come.

This year was undoubtedly the year everyone got to know Zoom, seeing as the company became the go-to for work meetings, social gatherings, family hangouts and more amid a time of physical distancing.

Some people even made Halloween displays of skeletons using the video chat program to pay homage to the importance it played in our lives in recent months. 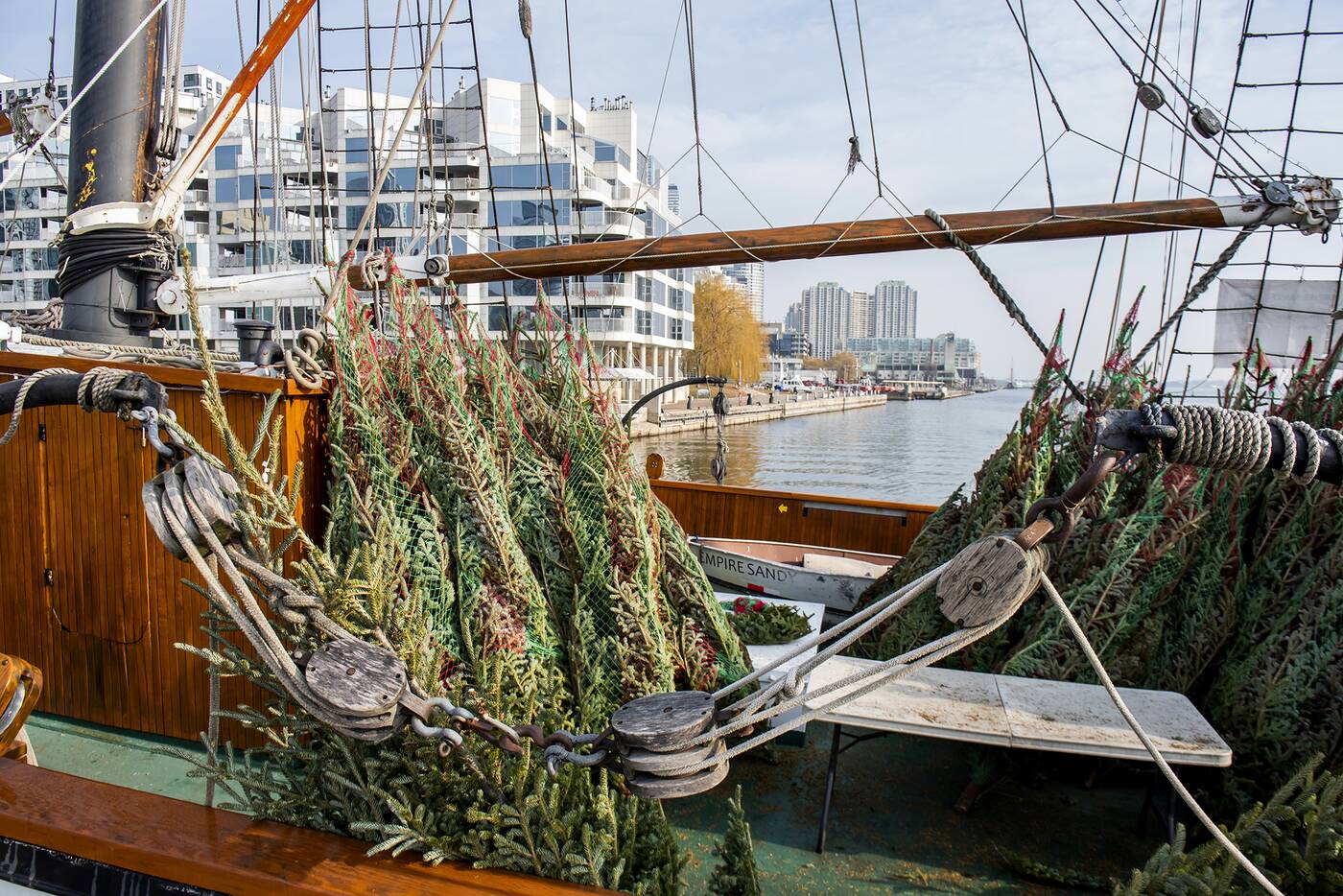 One of Toronto's tall ships started selling Christmas trees this year to offset revenue lost due to tourism. Photo by Hector Vasquez.

Small businesses adapting to the times

In an effort to keep from shuttering altogether, independent businesses in Toronto have had to be innovative and adaptive, pivoting to provide alternative products — such as the bar that started selling Christmas trees — expanding their online presence, finding creative ways to operate amid restrictions, and offering their own delivery so as not to rely on pricey third-party apps.

This meant additional, easier ways for customers to support their favourite local establishments.

CERB, the eviction moratorium, and other assistance programs and policies

For the millions of Canadians who found themselves with reduced hours at work or no job at all thanks to the novel coronavirus, government aid through the Canada Emergency Response Benefit, the Canada Emergency Business Account, and other such programs was crucial for getting by day-to-day.

With residential and commercial evictions put on hold while people were in such financially precarious straits, and businesses able to get a break on their rent through the Canada Emergency Commercial Rent Assistance program or could help pay their employees with the Canada Emergency Wage Subsidy, there was hopefully one less thing for the population to worry about while a potentially fatal new virus was spreading itself around. 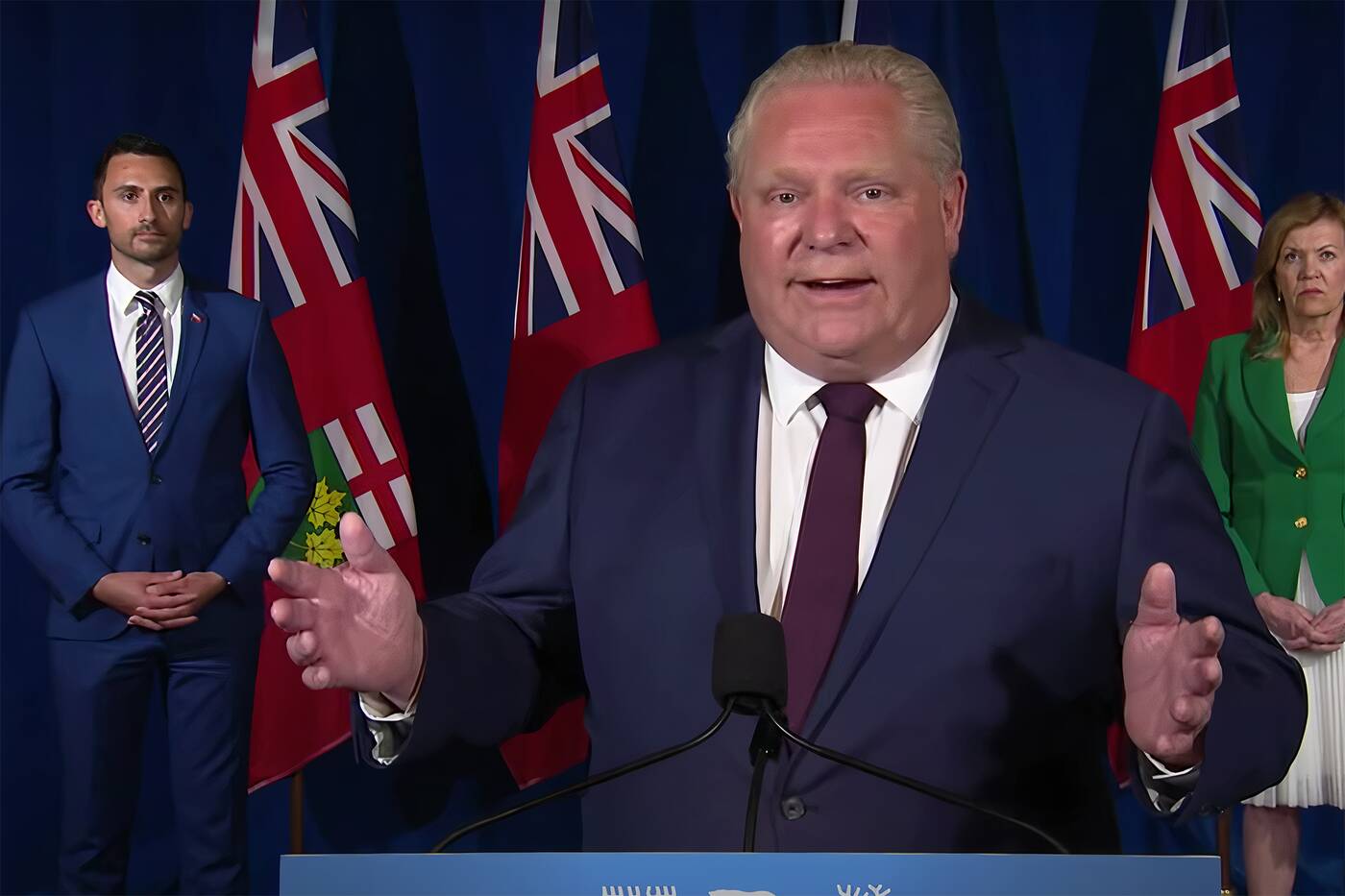 There is a certain level of comfort that citizens have felt from watching our leaders update us on the state of the pandemic nearly every day, from Prime Minister Justin Trudeau's soothing presence to Ontario Premier Doug Ford's much-needed comedic relief to Toronto Mayor John Tory's informative broadcasts.

Whether or not you're a fan of the aforementioned politicians, they've done a good job keeping us all in the know this entire time, even if their handling of certain aspects of COVID-19 have left a bit to be desired.