It's no secret that this year has been a particularly challenging time for small business owners in Toronto, and many fear the second lockdown will result in even more closures of the city's favourite local spots.

This week, people in the Toronto have been speaking out about the fact that the province's lockdown rules require all local, independent stores to close for in-person shopping while allowing big box stores like Walmart and Costco to remain open — and even Premier Doug Ford admitted the rule is unfair during his press briefing at Queen's Park Monday.

Now, one neighbourhood has launched a campaign to draw attention to exactly what could happen to the community if even more of its beloved small businesses don't survive the lockdown.

The Roncesvalles Village BIA unveiled the NOT FOR LEASE campaign on Tuesday morning, a stunt that's meant to encourage the support of small, locally-owned businesses in the Roncesvalles neighbourhood while warning against buying everything from big corporations like Amazon this holiday season.

If we don’t support local business, this is what it’s going to look like in @RoncesVillage. Shop local! pic.twitter.com/7oc1rk6zz8

The campaign, created by ad agency The Local Collective, spans roughly three blocks and features more than 50 storefronts along Roncesvalles Avenue papered up with signs that say "For Lease."

"Now more than ever, small businesses are going up against big massive companies like Amazon," said Kaitlin Doherty, founder and managing director of The Local Collective, in a statement.

"Small businesses are the lifeblood of our neighbourhoods in Toronto and of our country. It's up to all of us to support what we have locally, when and if we can." 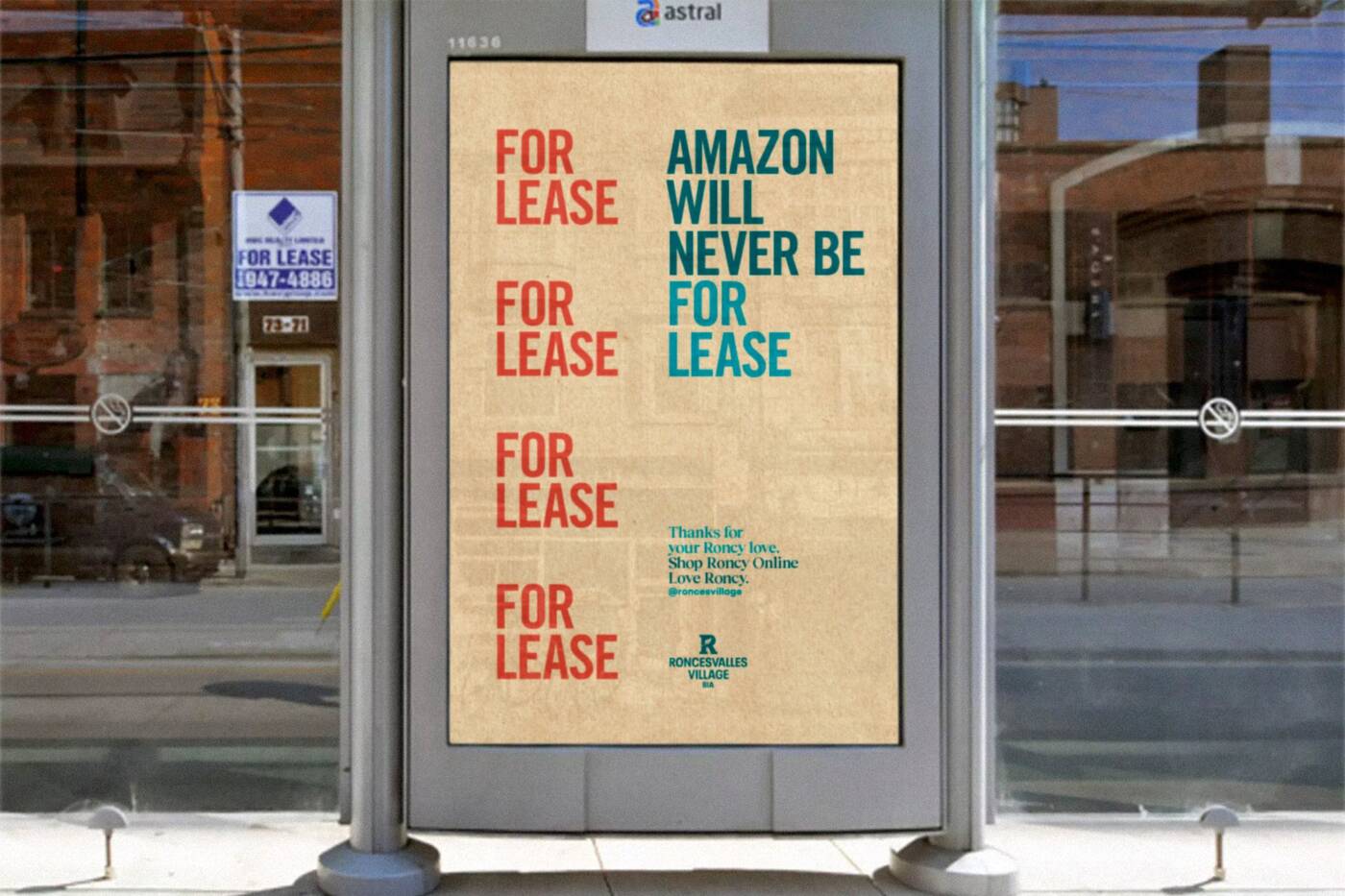 According to a spokesperson for the project, since the start of the pandemic, Roncesvalles has lost over a dozen small local businesses due to the decline in sales, the imposed restrictions and to giants like Amazon.

This campaign aims to show what could become of the neighbourhood if that current trend worsens, and if even more local businesses are lost to the devastating financial effects of the pandemic.

"Roncy is such a vibrant neighbourhood. Only a global pandemic could keep this community at home and I'm really proud of how this community has handled the seriousness of this time," said vice-chair of the BIA Adam Langley.

"This campaign is a reminder to shop local even when we are shopping online."