One of Toronto's most colourful bridges is being demolished

A Toronto bridge known for the colourful mural along its underpass will be demolished starting this weekend.

The railway bridge on Bloor Street West between Lansdowne and Symington will be demolished in two parts – the first half (the side) will be taken down this weekend, according to Metrolinx.

To add some colour to the historically industrial area, the bridge underpass and part of the underside of the bridge is painted with a colourful mural. 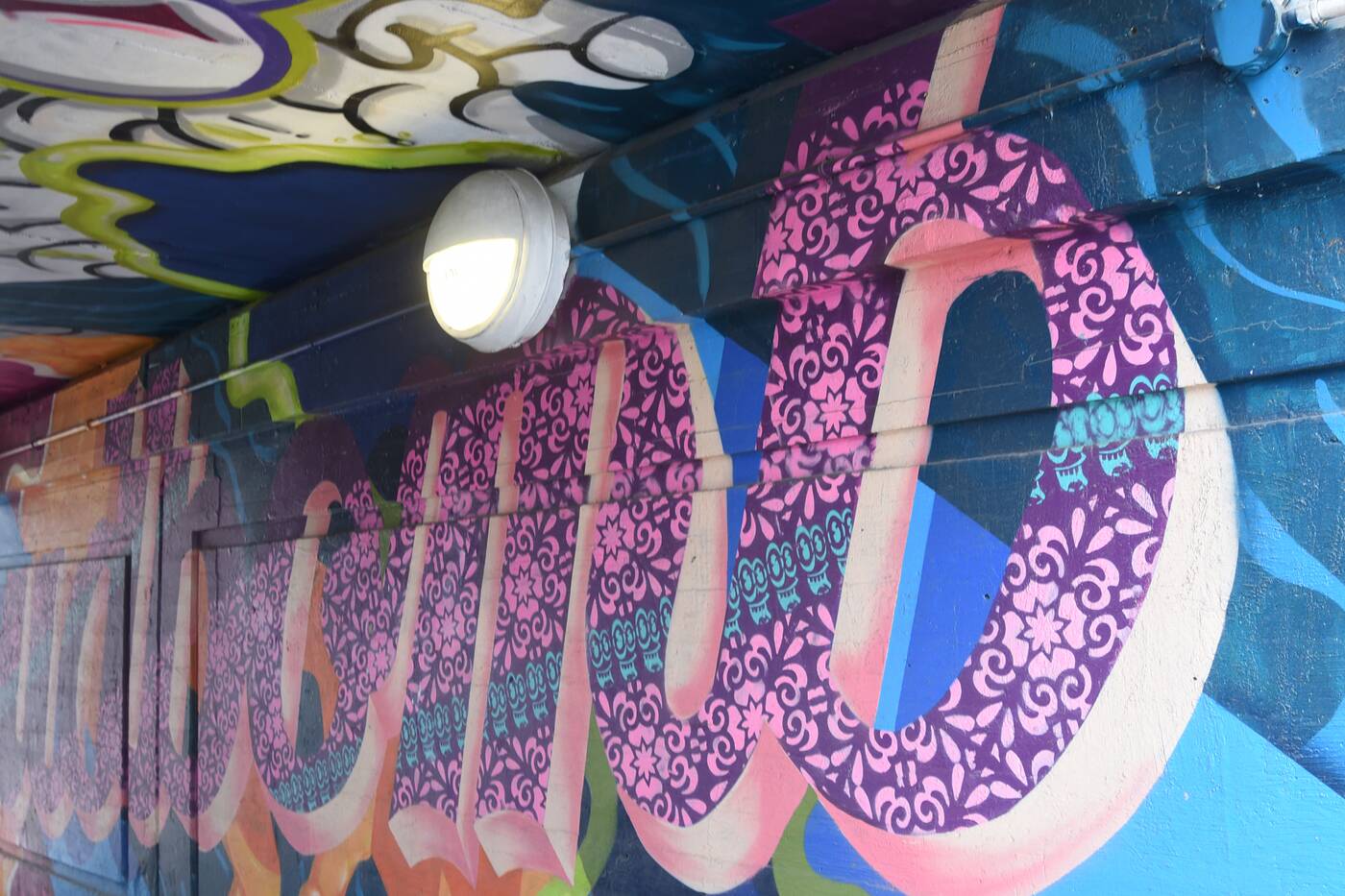 The underpass mural extends to the underside of the bridge.

The mural starts on the north side of the bridge underpass, just west of Lansdowne Avenue, and continues along Bloor.

The demolition has some lamenting the possible loss of the mural.

The demolition will result in traffic disruptions.

Bloor Street West will be closed to all traffic between St. Helens Avenue and Ruttan Street on Nov. 28 and 29 from 6 p.m. to 6 a.m. both nights. No through-traffic of any kind under the bridge will be allowed overnight on Saturday and Sunday. 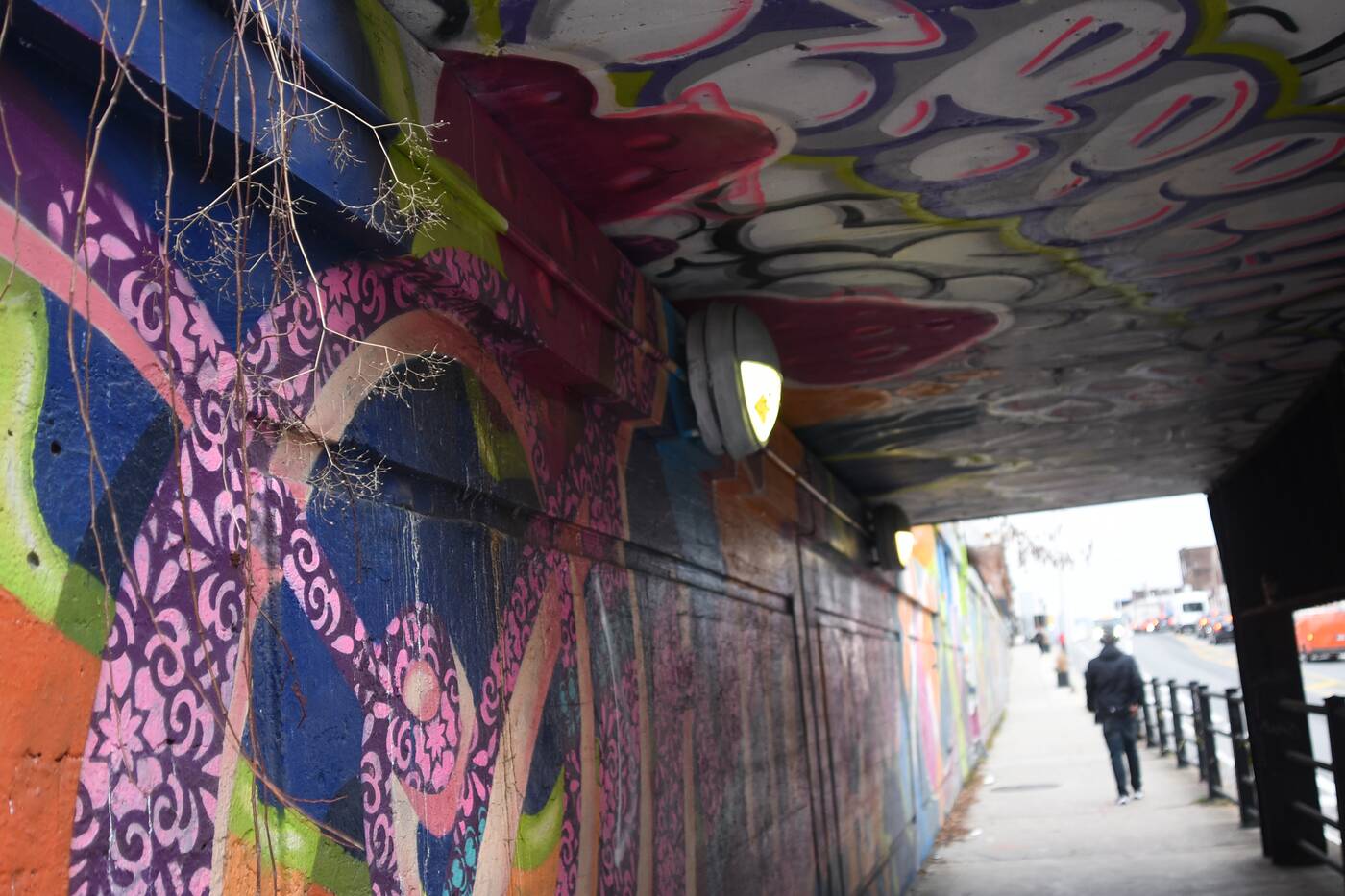 A colourful mural extends under the rail bridge on Bloor Street West, west of Lansdowne Avenue.

"That means cars, cyclists and pedestrians will not be allowed under the bridge either," Metrolinx said.

Traffic will be detoured via Lansdowne Avenue and Symington Avenue going north/south, and across Wallace Avenue going east/west.

The facelift is for the Davenport Diamond Guideway project. When complete, the transit project will make it easier for cars, pedestrians and cyclists to move through the area, according to Metrolinx. A new grade separation will also allow GO trains to travel above freight traffic for more reliable service. 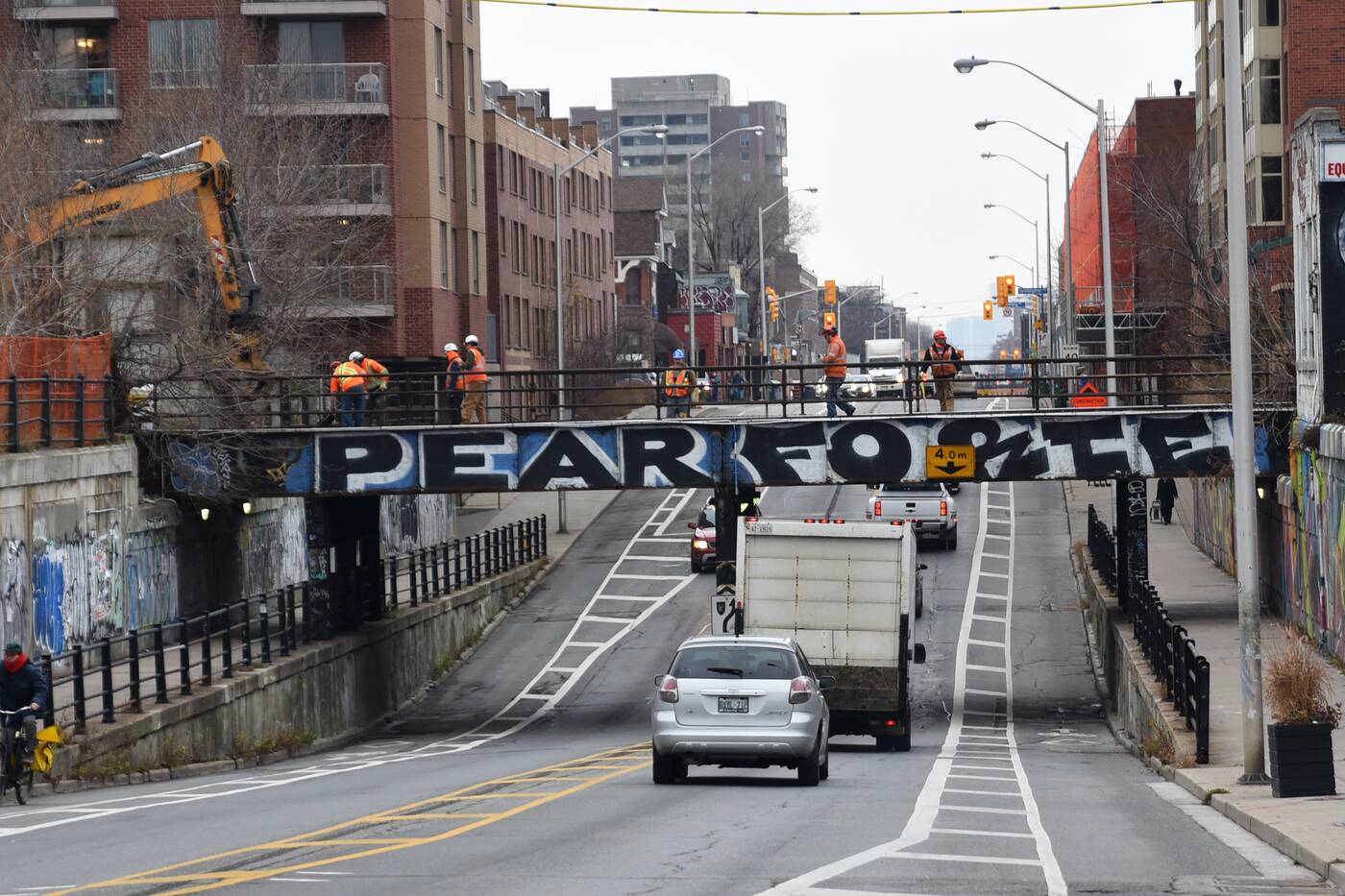 Work crews had started on the bridge on Nov. 27.

Since Metrolinx is building new infrastructure to support future service increases on the Barrie GO line, the reconstruction of the Bloor bridge is an important part of the project.

The date of the work on the second half of the bridge is not yet known and Metrolinx said it is demolishing the bridge in two parts because it requires only a temporary weekend suspension of GO train service. 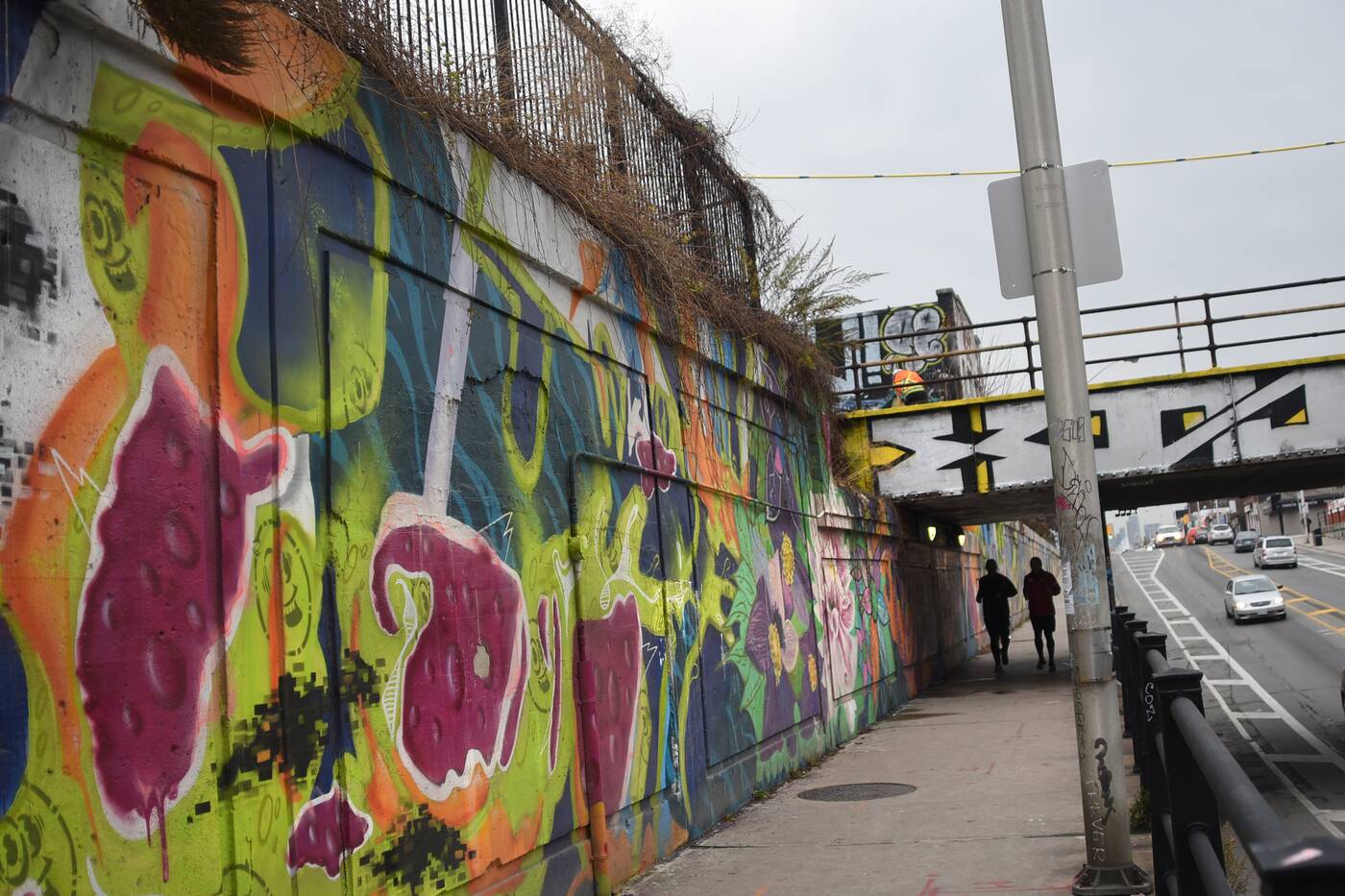 The mural extends along the north side of Bloor Street West, west of Lansdowne Avenue.

After this weekend, GO trains will run on the east side of the bridge. Once crews rebuild the west half, install new track, and move the trains over, they can work on the rest of the bridge.

By the end of the project, the Bloor bridge will be completely reconstructed.