Between little pink robots that bring food to your door and nifty eco-friendly ebikes and mini trucks that look like something more fitted for driving on the moon, Toronto seems to be home to a number of futuristic experiments in delivery services.

While local tech startup Tiny Mile is behind the former of these inventions, Canadian courier company Purolator is rolling out the latter of the two, testing out a new fleet of zero-emission vehicles in the downtown core, as well as in Montreal.

The first of the vehicles, which are being introduced in both cities this month, are compact, fully electric low-speed trucks that are shorter than a lot of humans and pretty darn cute, not only in appearance but because they are good for the environment. 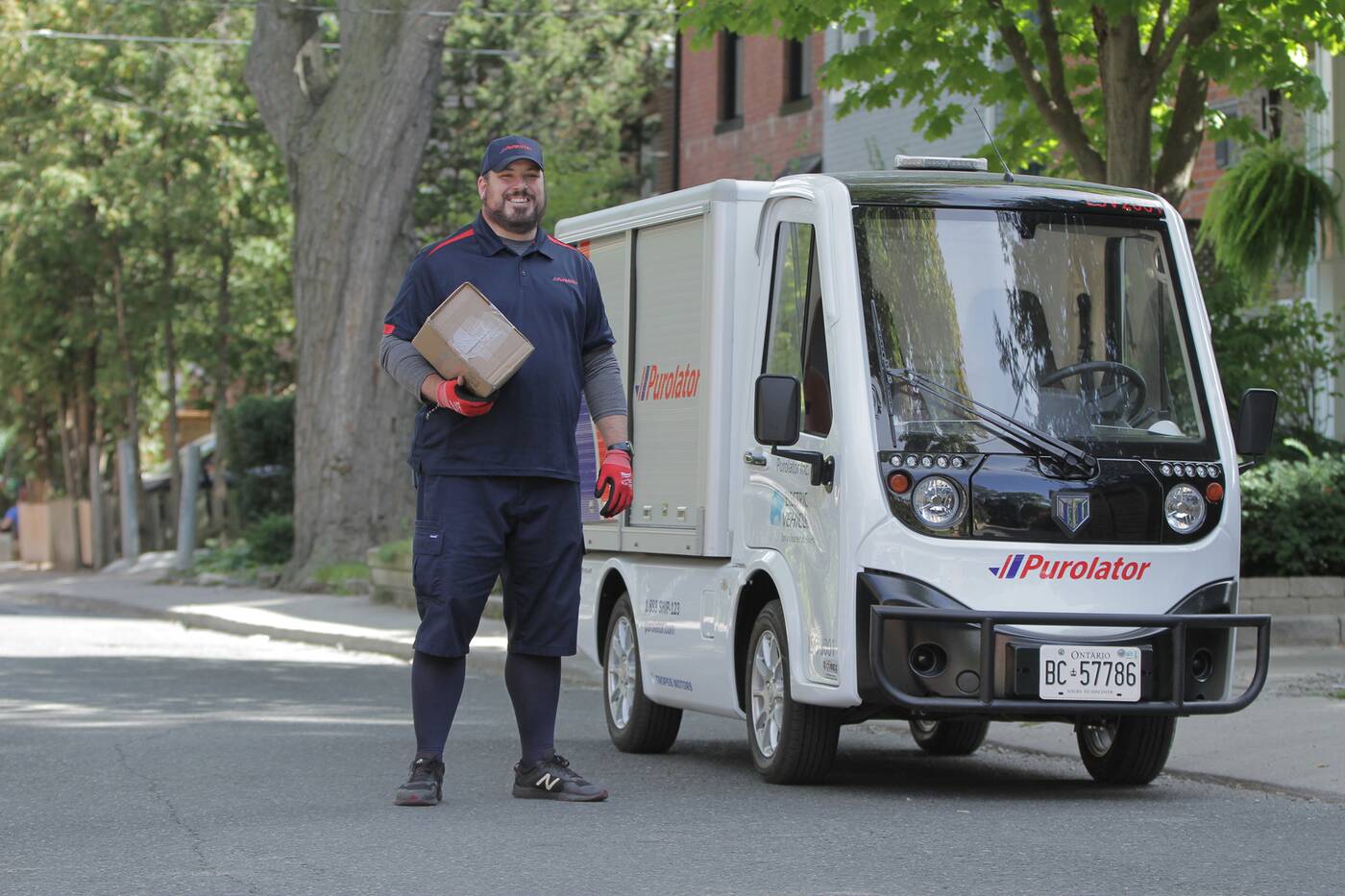 They'll also hopefully help cut down traffic congestion, won't take up nearly as much space during stops, and are far more quiet than your standard Purolator truck. (Cue Derek Zoolander saying "what is this, a delivery truck for ants?!")

The second snazzy ride for Purolator drivers are new electric-cargo bikes, which have already been operating on a more limited basis in Montreal. More of them will be hitting MTL street and sidewalks ASAP, with no word yet on when we can expect them in the 6ix.

This is all in a time when online shopping and deliveries are way up due to COVID-19, with more people than ever working from home and trying to avoid busy public places when possible.

Surprisingly, despite their small size, the new vehicles will apparently be able to get the same number of parcels out to residents as the company's standard-size trucks, and will be able to do so easier, too.

So if you see a funny-looking baby truck quietly meandering around the city in weeks to come, it's not lost, or searching for its little friend Geoffrey — it's just trying to deliver your mail.