The history of the Leaside Aerodome in Toronto

The Leaside Aerodrome operated from 1917 to 1931. It was an airfield for the Royal Flying Corps during the course of WWI, and was the site of Canada's first airmail run.

In 1918, a group of aviation enthusiasts under the banner of the Aerial League of the British Empire and the RAF (Royal Air Force) wanted to demonstrate that aviation was the way of the future in a publicity stunt. 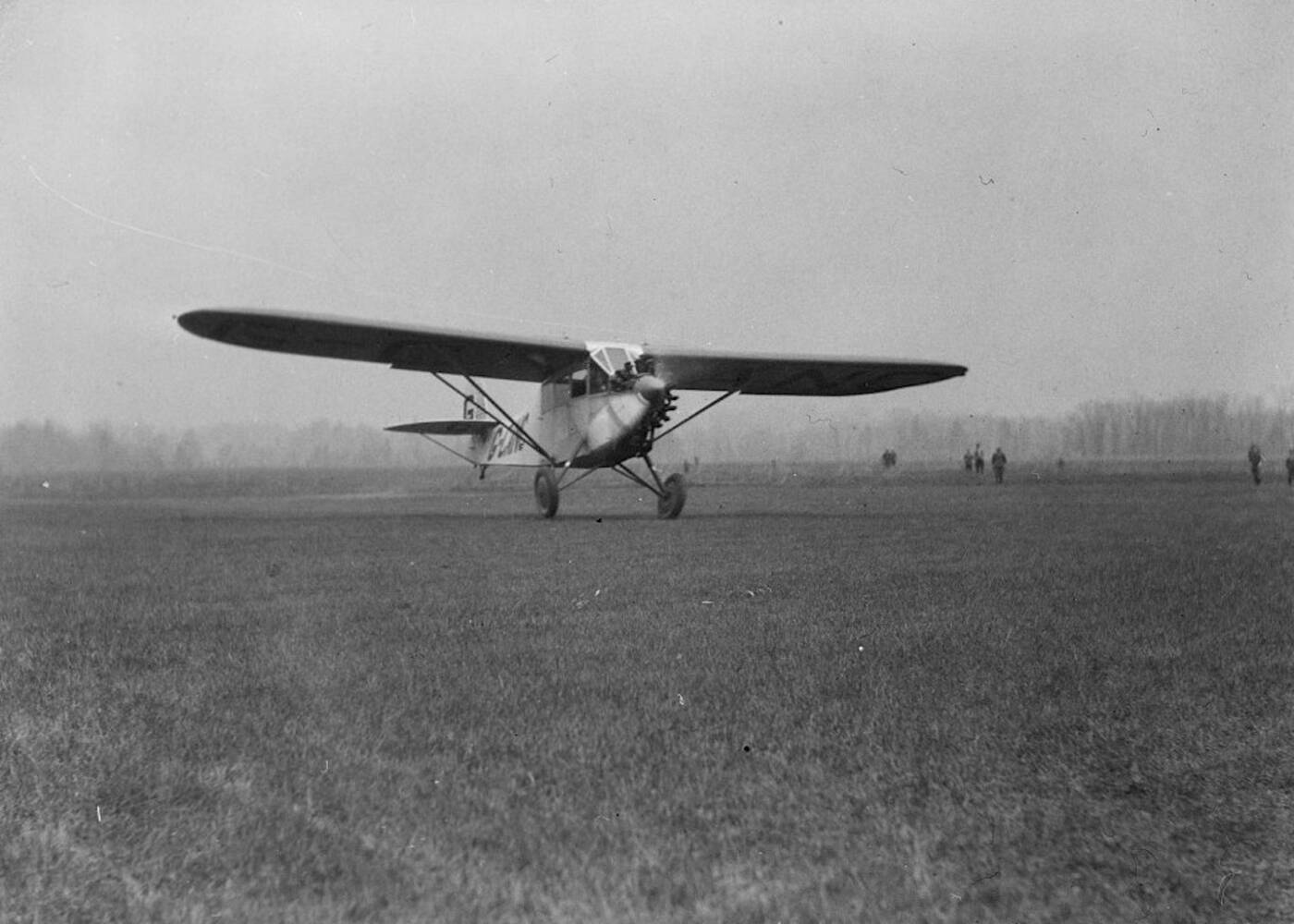 A plane takes off from the Leaside Aerodrome in 1928. Photo courtesy of the City of Toronto Archives.

Captain Brian Peck and his mechanic, Corporal C.W. Mathers, had flown to Montreal to enlist new recruits for the war effort. They planned to hold an air show and ignite passion and enthusiasm of potential new pilots and servicemen.

Poor weather conditions ensued, and Peck was forced to cancel the air show in Montreal. 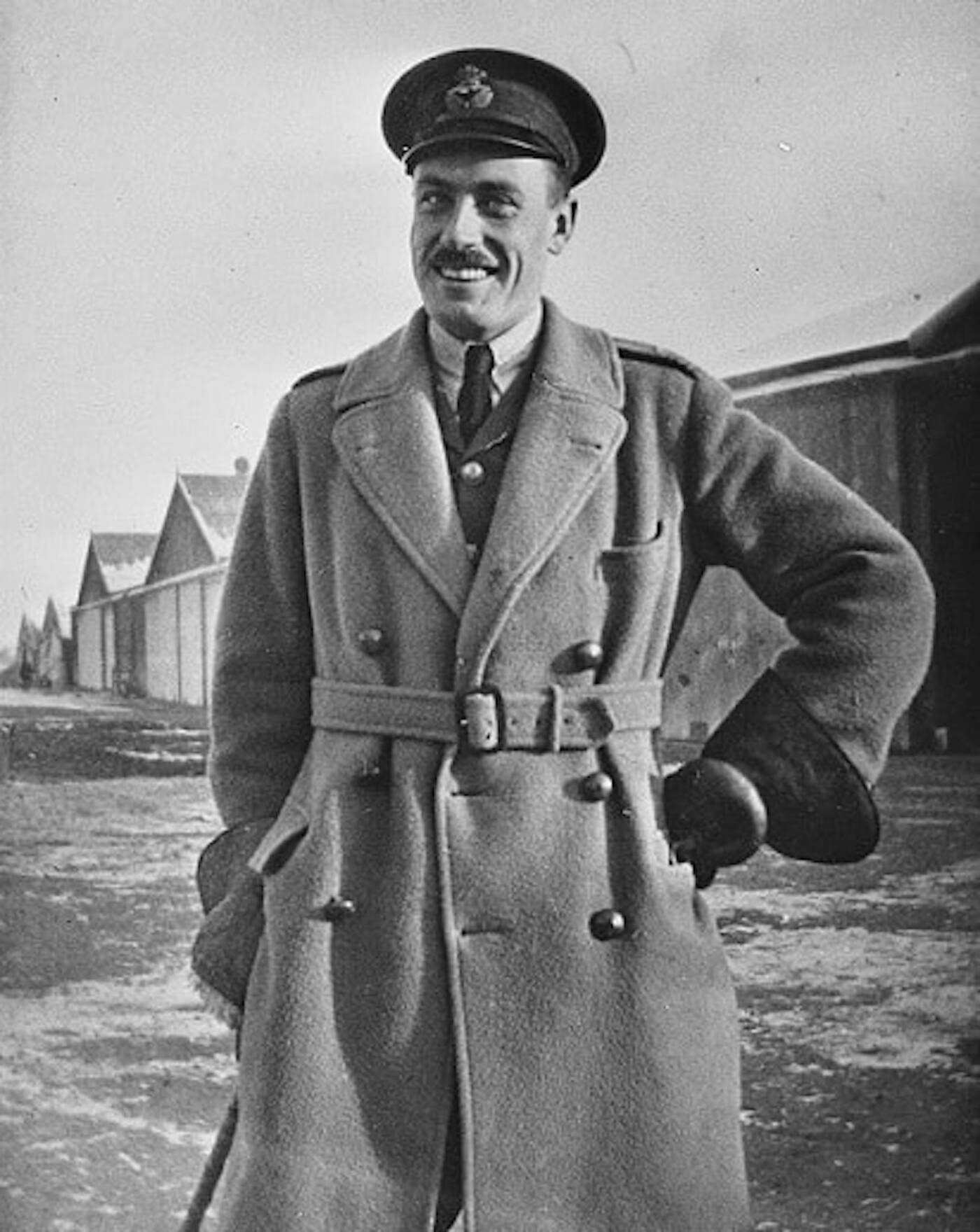 The higher-ups in the Aerial League of the British Empire did not want the trip to be a total loss.

They contacted the Postmaster General in Ottawa to have Peck receive 120 letters in Montreal, which they marked with special stamps to record a historic event: "Inaugural Service via aerial mail – Montreal 23.6.18".

Due to more bad weather, Peck’s return flight was once again delayed to the following day, on June 24th. 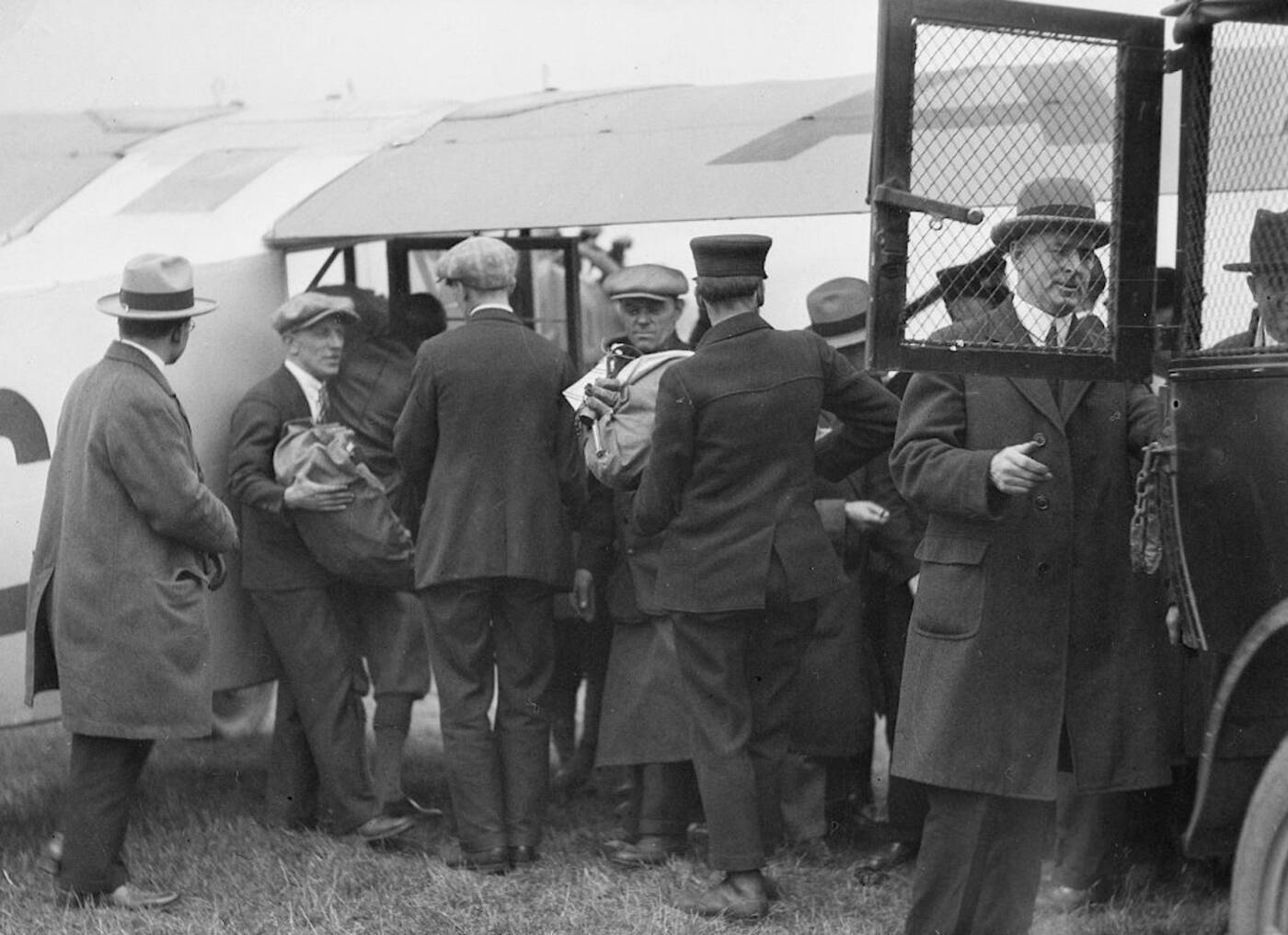 Loading mail for a delivery in 1928. Photo courtesy of the City of Toronto Archives.

Finally, on the clear morning of the 24th, Peck delivered the 120 letters from Montreal to Toronto. He and Mathers took off at 10:12 a.m. from the Bois-Franc Airfield (which later became the Cartierville Airport).

Although they made emergency stops in both Kingston and Deseronto because of  poor weather conditions, they successfully landed at the Leaside Aerodrome at 4:55 p.m., completing Canada’s first-ever airmail run.

Contemporary reports stated that the mailbags were so heavy that they caused a significant weight issue for the plane: it could not get above 40 feet in altitude.

Some fifty years later, aviation historian Frank Ellis revealed in his book Canada’s Flying Heritage that the plane was heavy for a different reason.

In fact, Peck, having family in Montreal, had smuggled out a few cases of Scotch to distribute to Ontarians who were still restricted by Prohibition.

Following the success of the June 24th airmail run, greater consideration was given to the positive effects air transport would have on delivering the mail.

At the outset, these airmail runs were unofficial-they were part of publicity stunts, events, or exhibitions. Later on, the post office granted official support in 1927. 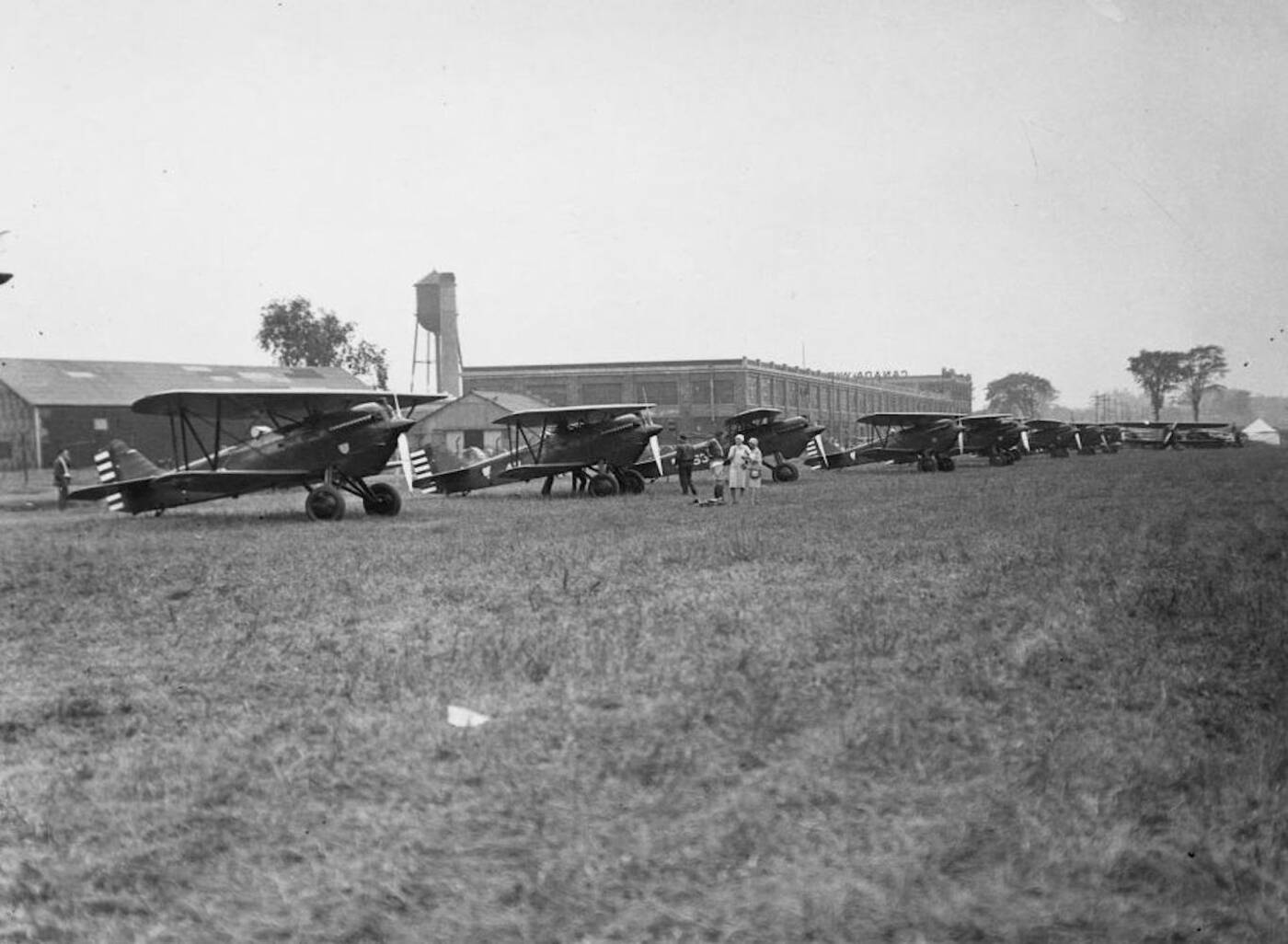 A squadron of Curtiss-JN4 "Hawks" at the Leaside Airfield. Photo courtesy City of Toronto Archives.

Although operation of the Leaside Aerodrome was transferred to the Toronto Flying Club following WWI, it  was a site for air express mail service until 1928. Deliveries to and from the Eaton's and Simpson's department store were frequent. 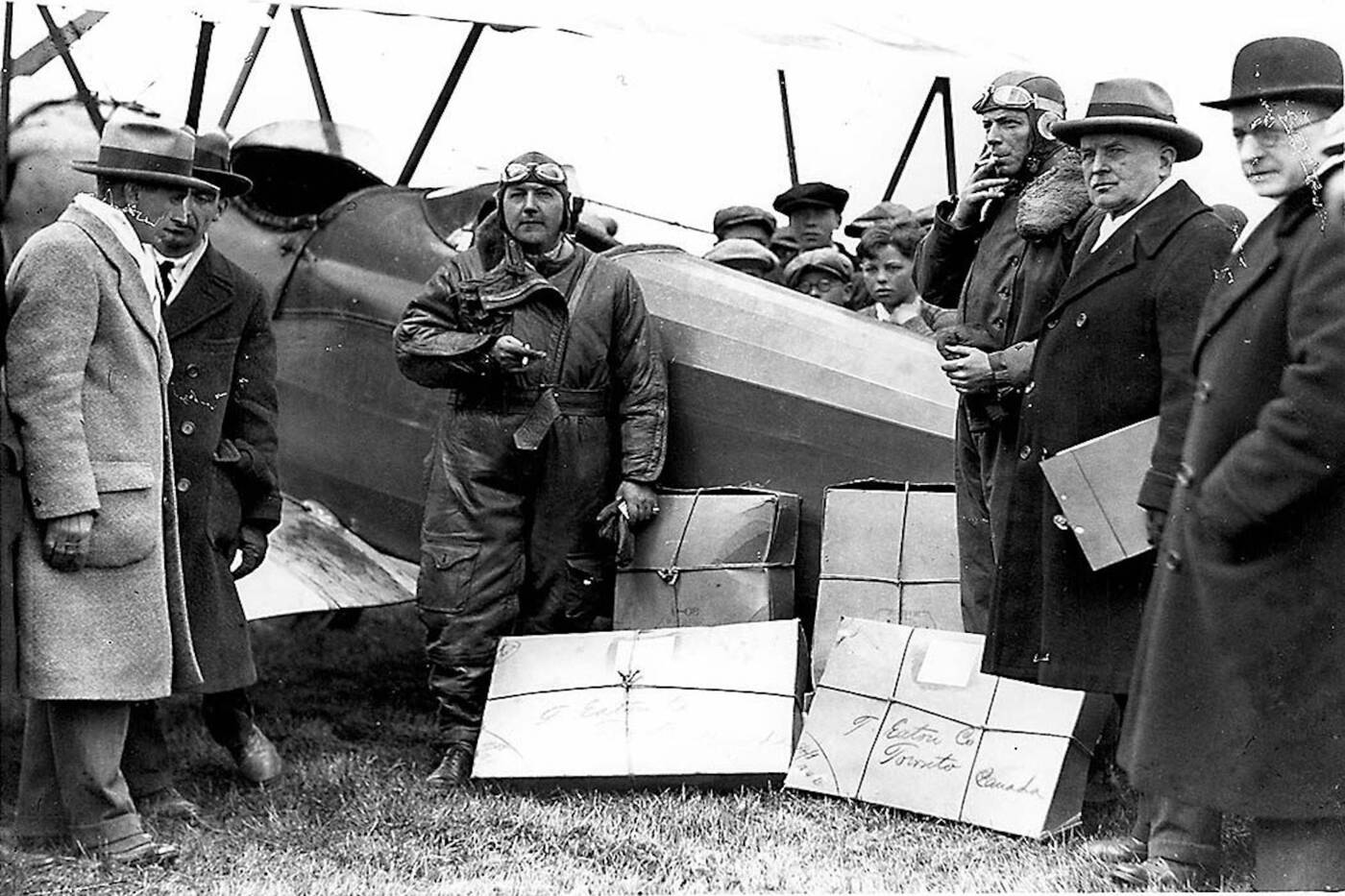 A pilot poses with packages for air express mail in 1928. Photo courtesy City of Toronto Archives.

Although the aerodrome was closed in 1931, it was revived in a different capacity during WWII.  It became the site of radio direction training (RDF No.1) operated by the Royal Canadian Air Force. The last hangar from the aerodrome was finally removed in the early 1970s.

A commemorative plaque to the historic flight stands at the southeast corner of Brentcliffe Road and Broadway Avenue. The street names Brian Peck Crescent and Aerodrome Crescent also stand as a silent reminder of this event in the early history of aviation.