The Belt Line Railway was a small blip in Toronto train history: the commuter rail service, which was built in 1892, only operated for about 28 months after all.

But the pedestrian trail that runs over it today, the Beltline Railpath, will honour its train track past with a new project called Lost Stations.

Lost Stations will introduce three resting areas to the Railpath in honour of three historic stations that once sat along the track.

More than 20 stations sat along the railway before the depression in 1893, but Lost Stations will focus on those which used to exist in Ward 12, on the Kay Gardner portions of the Railpath: Eglinton Station, Upper Canada Station, and Yonge Street Station.

"The Beltline ‘Lost Stations’ Project is a way to highlight the trail’s railway history and the communities it runs through, and to enhance and bring a sense of place to the trail for future generations," said Ward 12 Councillor Josh Matlow in a statement. 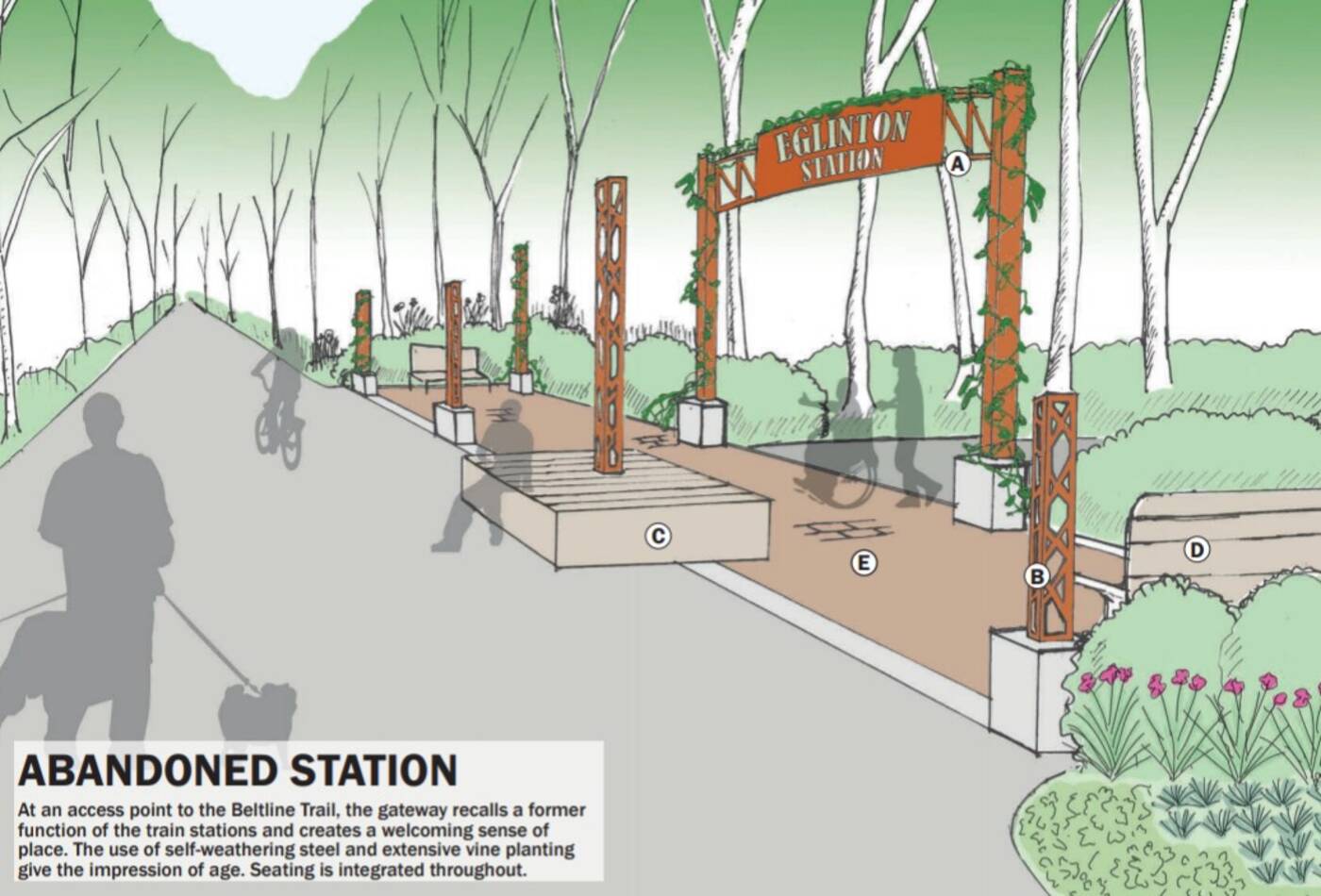 The Belt Line Railway only existed for two years before being abandoned in 1894. Photo by City of Toronto.

Construction has begun, and soon the old stations will be marked by raised decks with planting beds, seating and public art. Preliminary renderings show that the designs will be largely inspired by railway structures and train station seating.

The nine-kilometre Beltline Railpath is one example of a rail-to-trail in Toronto: another would be the West Toronto Railpath, a significantly smaller path which cuts through The Junction.