Toronto is starting to feel a lot busier these days

While Toronto has yet to be included in Stage 2 of the province's reopening plan, you certainly wouldn't know it from walking around the city.

The streets may have appeared deserted and eerily empty just weeks ago as a result of the global pandemic, but people have begun to resume many of their regular day-to-day activities and it certainly shows.

Driving levels, for one thing, have increased significantly over the past month or so.

According to a Mobility Trends Report that's published daily based on requests for directions in Apple Maps, driving in Toronto has increased back up to 1 per cent above the baseline average for the city.

At the height of Ontario's lockdown measures, the same report found that driving in the city had dropped 73 per cent below the baseline. 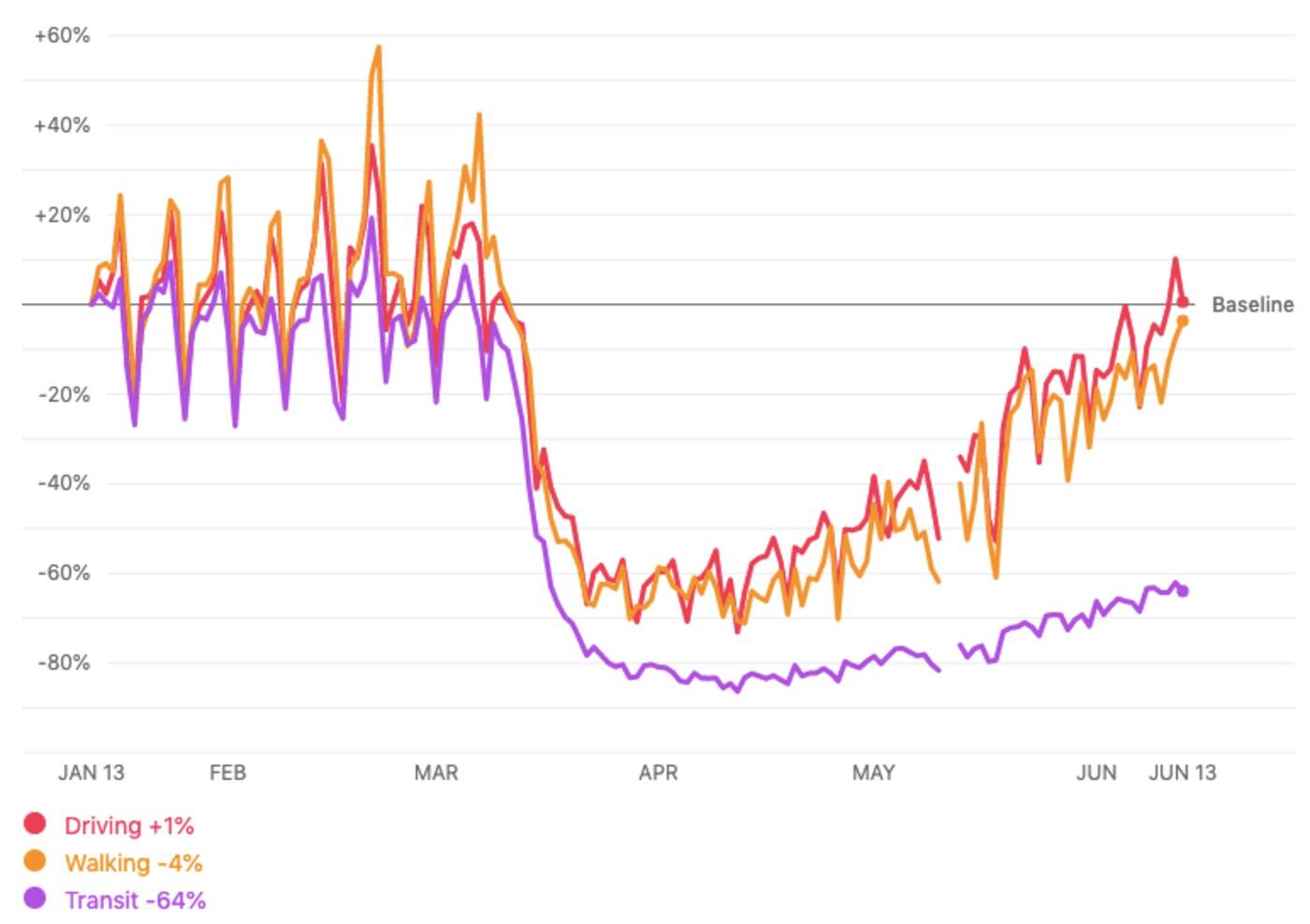 Walking levels have also drastically increased since then, and they now sit around 4 per cent below the baseline.

Transit use, however, remains significantly less than usual at 64 per cent below the baseline.

But it doesn't take a mobility report to confirm that Toronto is far busier these days than it was in March or April.

All you have to do is simply walk outside to witness crowded sidewalks, parks, boardwalks and businesses.

Toronto streets are busy today. Lots of traffic. Feels like a normal day. Maybe people read "Ontario moves to Phase Two" but missed "But not Toronto!" A little yikesy out there.

Bike lanes have also been busier than ever as of late, which is likely partially to do with the city opening sections of major roads to pedestrians and cyclists on weekends, and partially because biking is one activity that has been deemed safe and is being encouraged throughout the pandemic.

Bike trails can really get busy on weekends. Glad to have these additional spaces for physical activities for the family. #ActiveTO #toronto pic.twitter.com/6yiD4sP9tf

But unfortunately, with increased crowding comes an abundance of residents who seem to believe the pandemic is over.

People in Toronto have been spotted drinking on sidewalks in large groups without any social distancing in practice, and many have remarked that mask usage is a rare right to see in the city's downtown core.

So I know it's trite to comment on but I'm truly amazed how the vast, vast majority of people I see in downtown Toronto getting groceries, going into stores, or even just on very crowded streets don't wear masks. None of you have a good reason not to! I know some of you!

So while it may be nice to see the city slowly returning to something resembling normal amid the beautiful summer weather, it's important to remember that the deadly virus is still in circulation and it remains essential that Torontonians listen to public health guidance and practice hand washing, physical distancing and mask usage in order to keep themselves and others around them safe.