Since buildings have been shut down on University of Toronto and Ryerson University campuses due to the COVID-19 pandemic, these areas have been rendered some of the emptiest in the city.

It's downright spooky seeing the streets, pathways and squares that are normally flooded with strolling students, teachers, workers and families completely deserted. 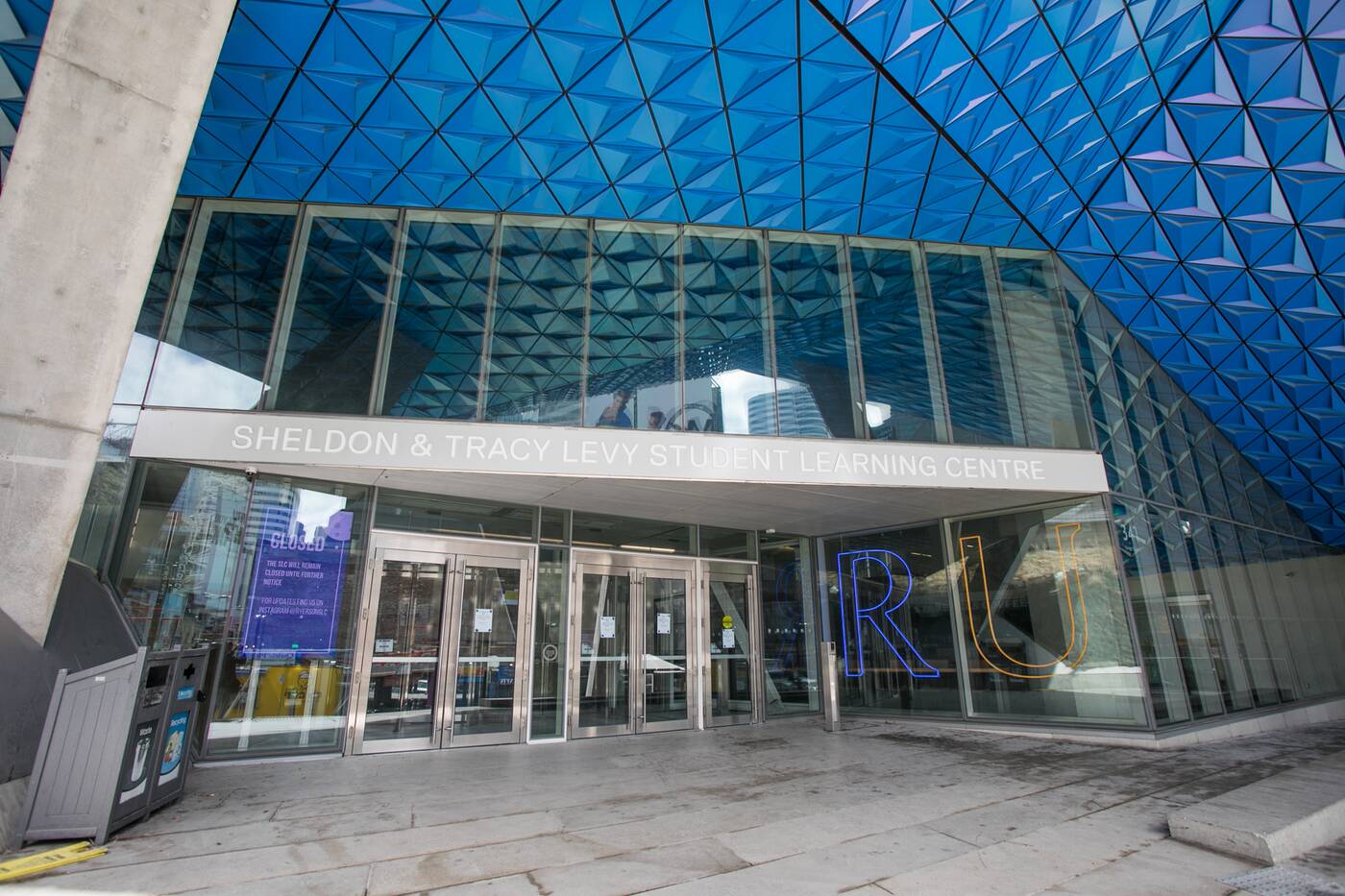 On March 17, Ryerson closed their Student Learning Centre, a popular gathering places for people at the university. 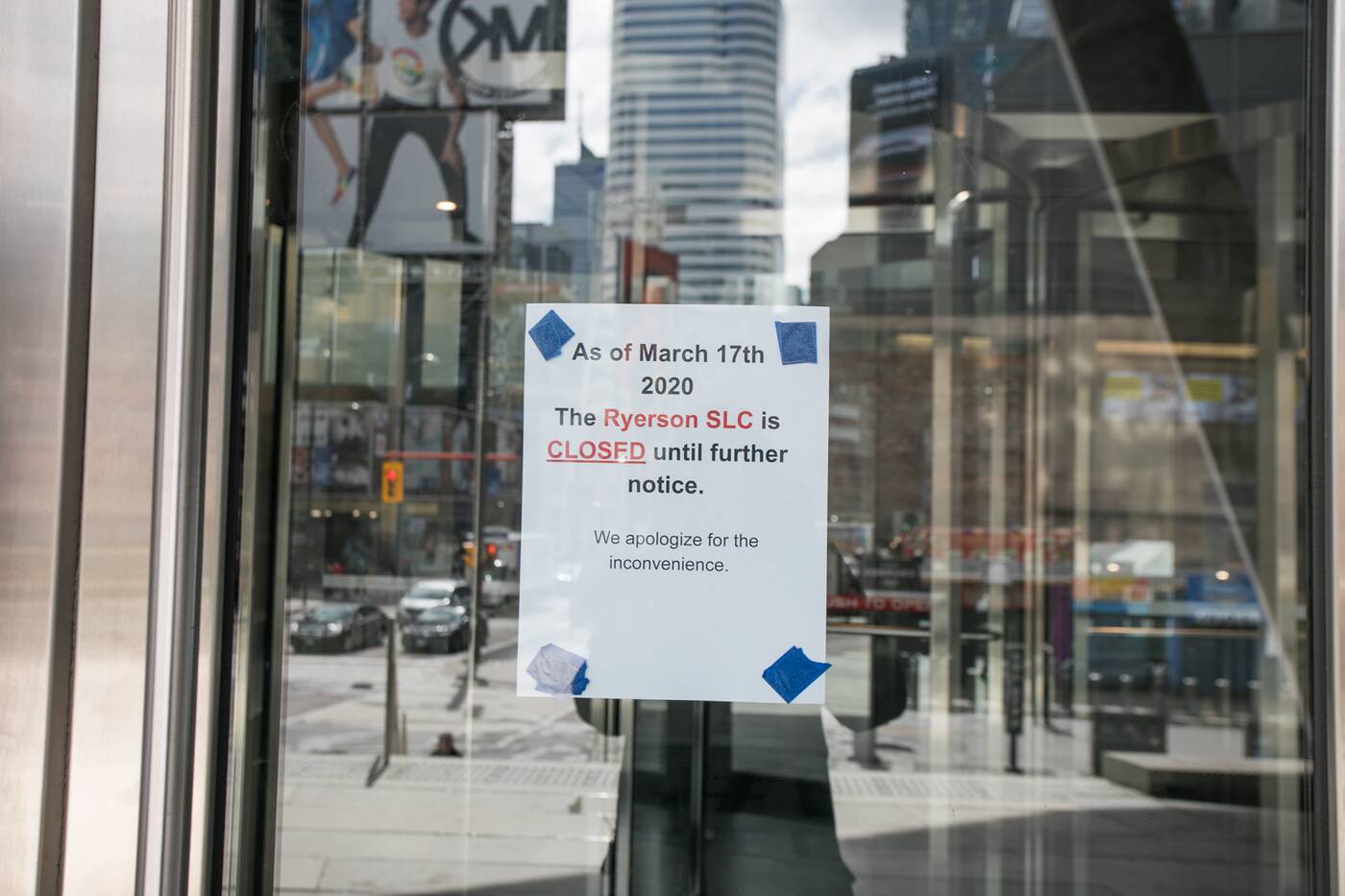 Notice posted on the door of the Student Learning Centre. Photo by Fareen Karim.

Ever since a state of emergency was declared, gatherings of 50 people or more have been banned, with hefty fines for violation.

Not only is Ryerson's campus located right downtown where there's obviously a dense population already, the school has a population of over 36,000. 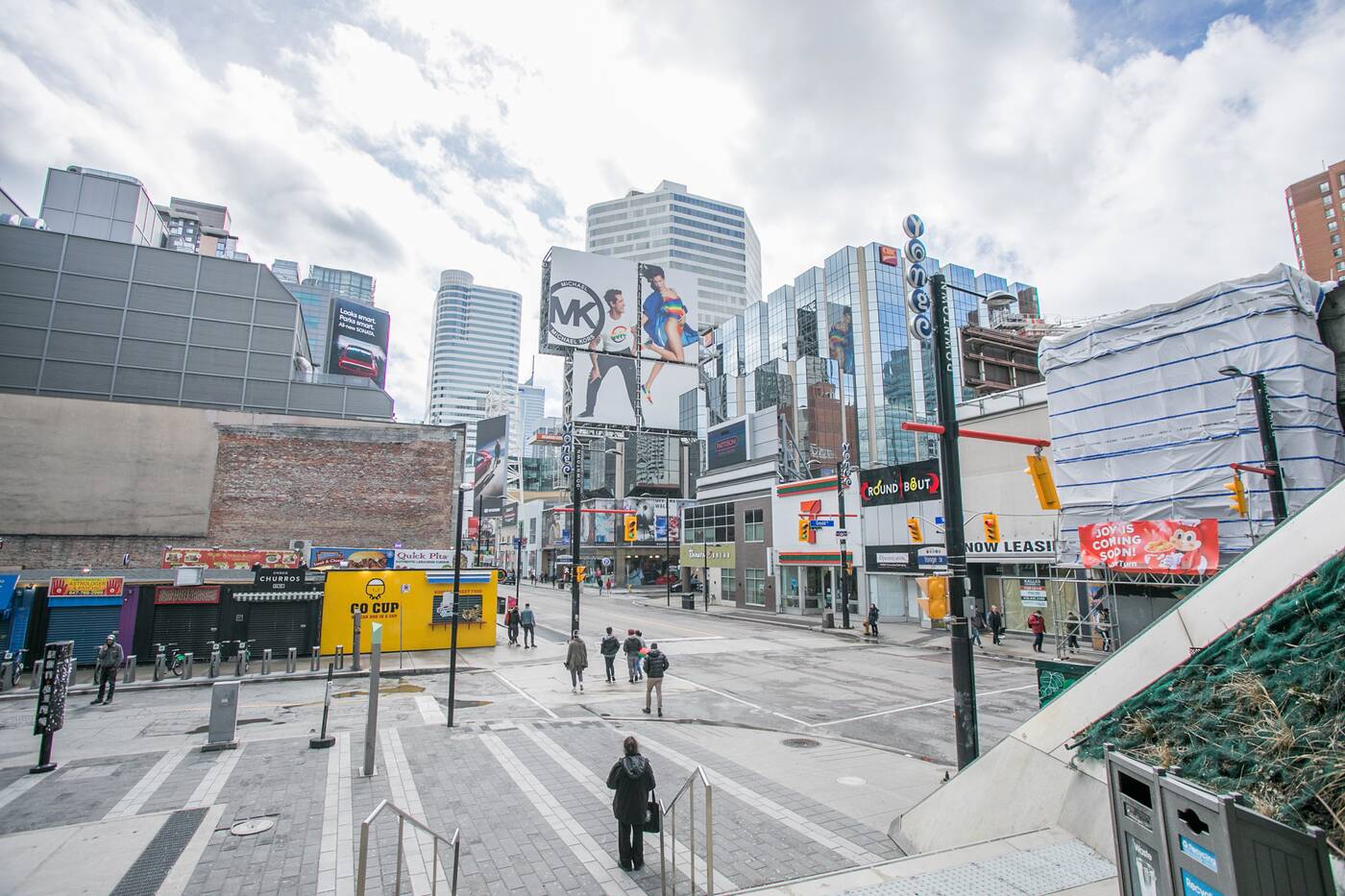 What it looks like in front of the Student Learning Centre on Yonge St. Photo by Fareen Karim.

The absence of that many bodies milling around one of Toronto's most central areas is spooky. 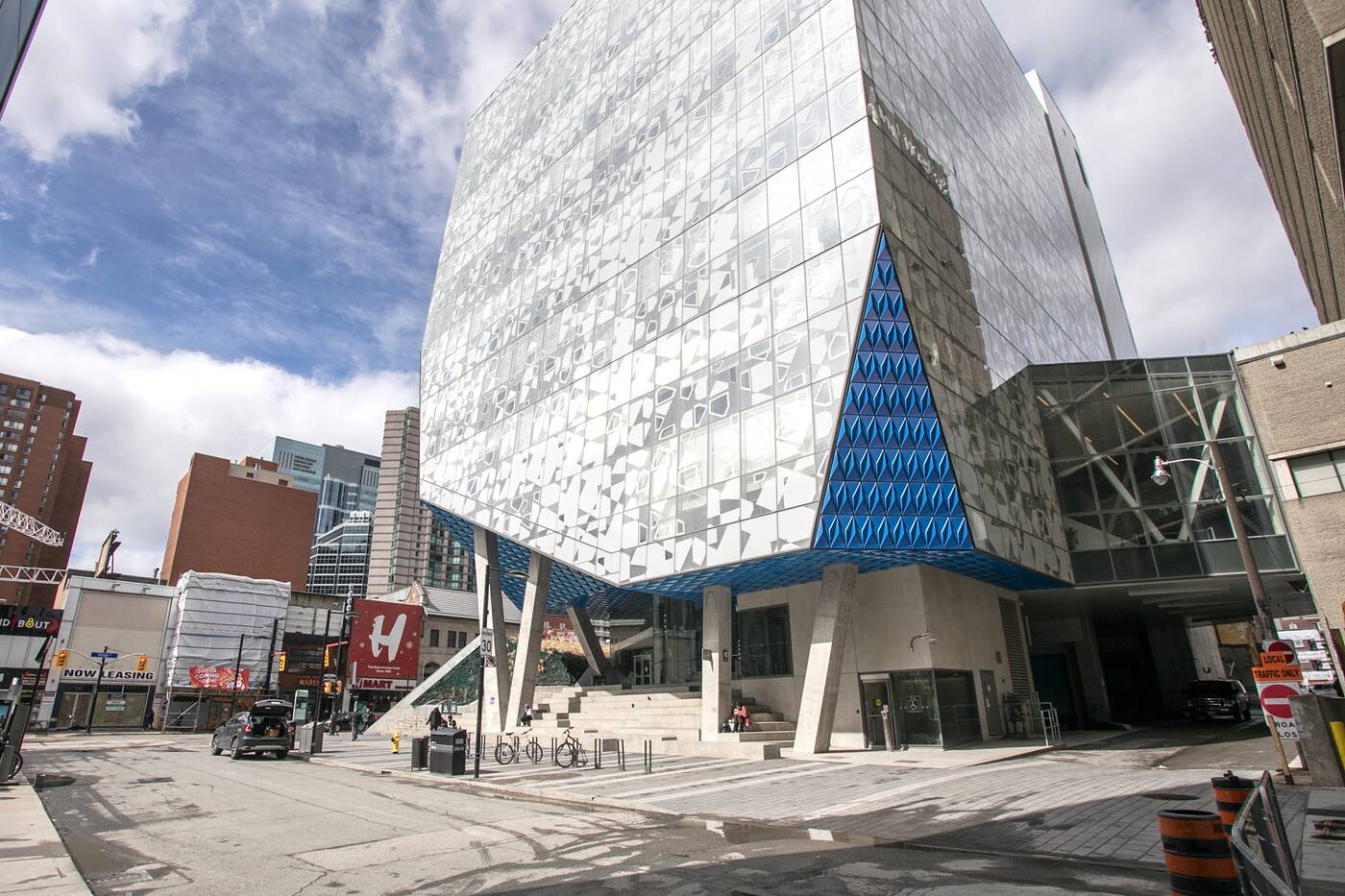 The exterior of the SLC. Photo by Fareen Karim.

Ryerson University began shifting all in-person classes to online or other delivery method starting on March 13. 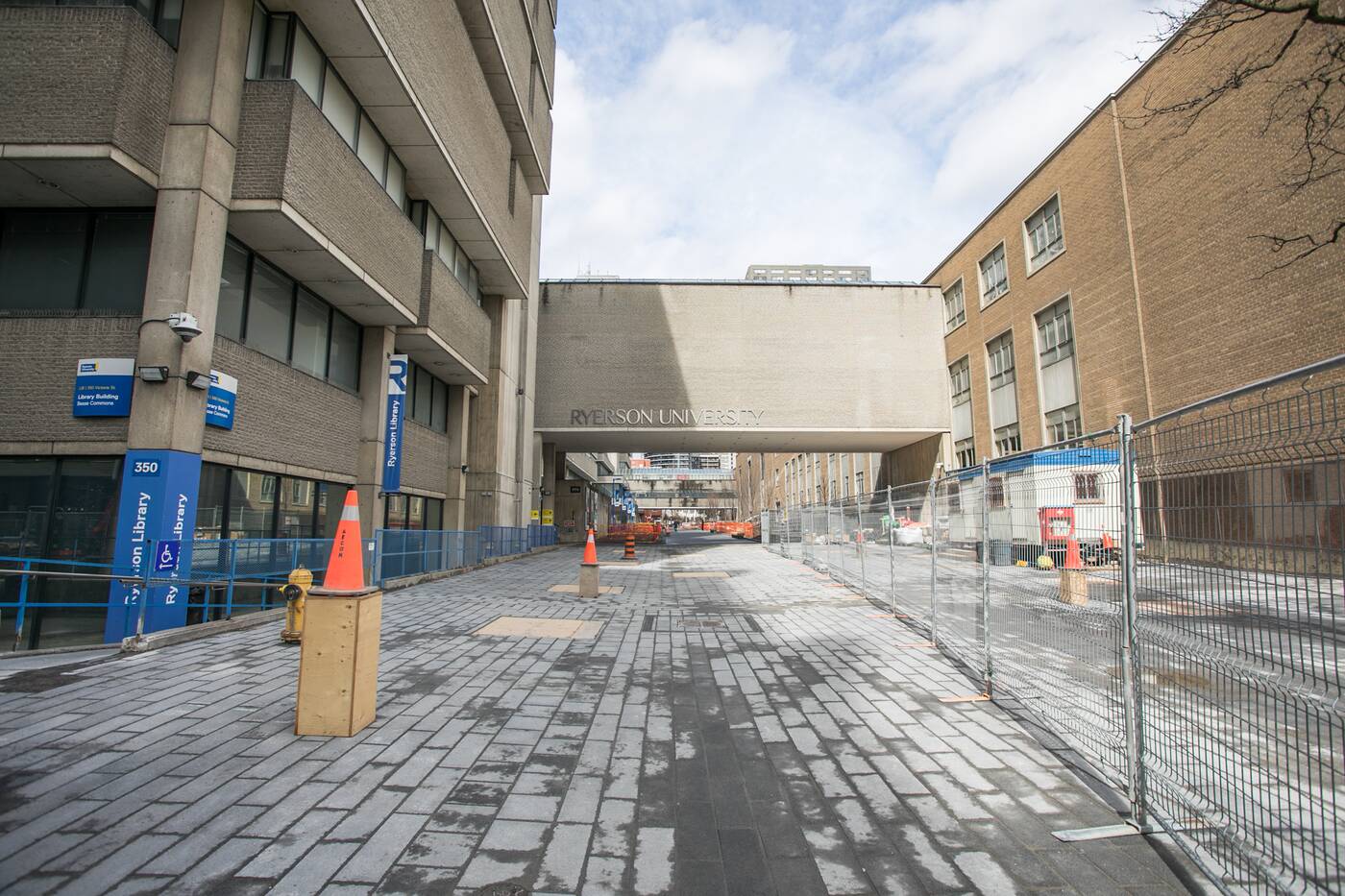 Prior to that, last month unfounded scaremongering rumours about an outbreak on campus had cirulated. 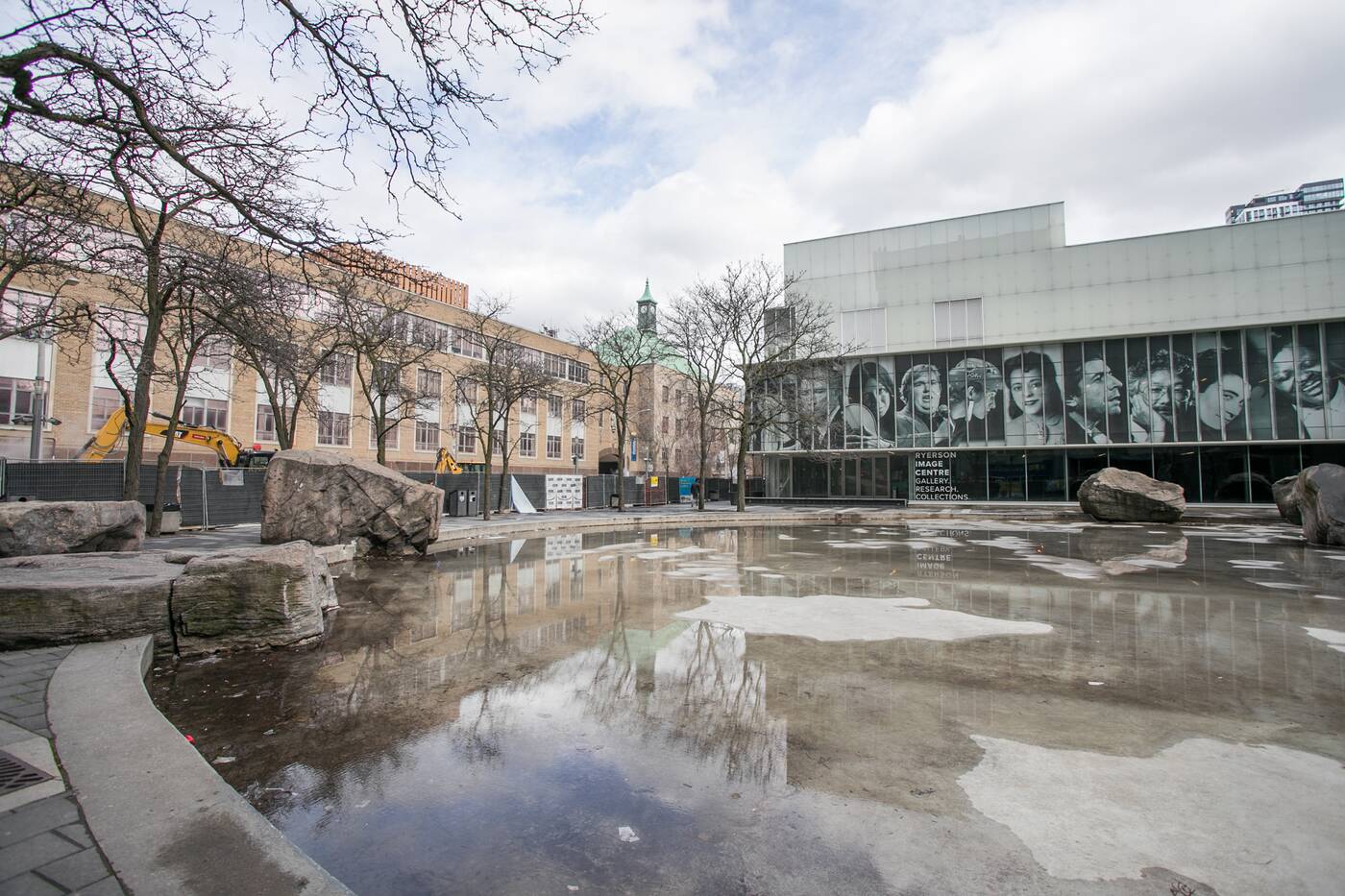 As many university classes here in Toronto are taught to hundreds of students at a time, the cancellation of these in-person courses was for the safety of everyone on campus. 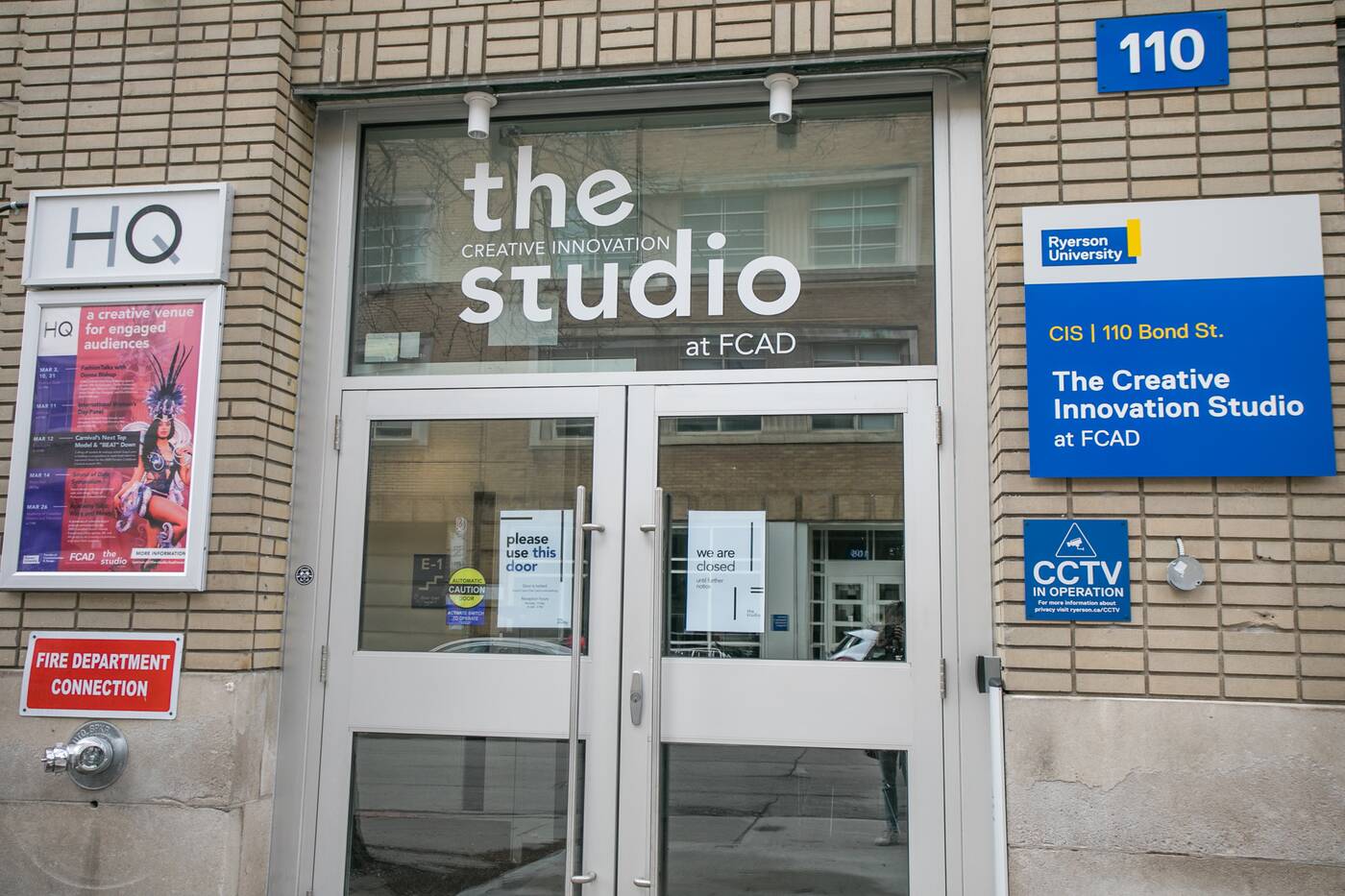 University administration has reminded students that are there for them during this time, including the Dean of FCAD at Ryerson who posted a message to social media telling students they can feel free to contact him directly with what's on their minds. 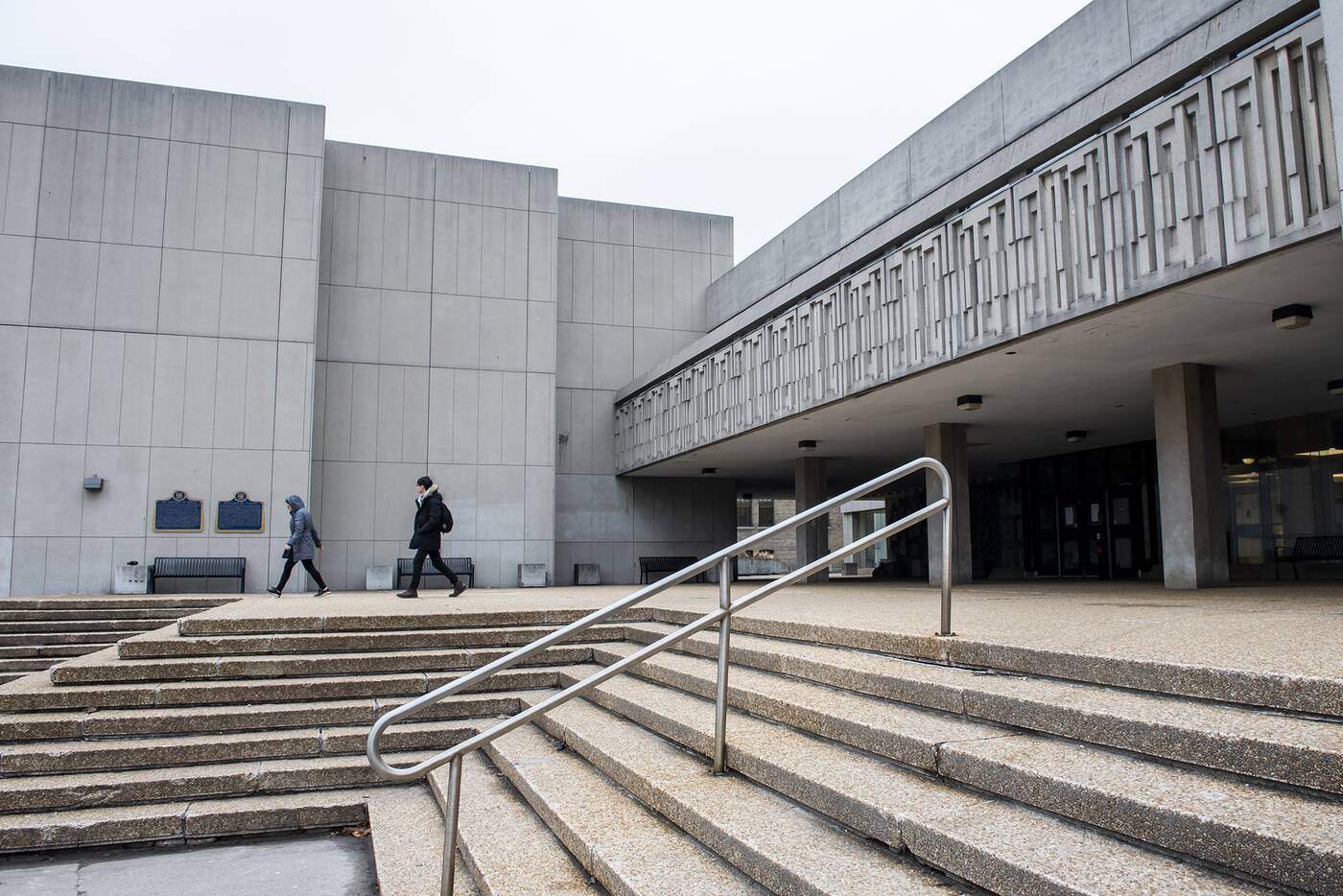 The Medical Sciences Building at U of T. Photo by Hector Vasquez.

U of T cancelled in-person classes around the same time as Ryerson, though researchers at universities here in Toronto have been on the forefront of medical research in relation to COVID-19. 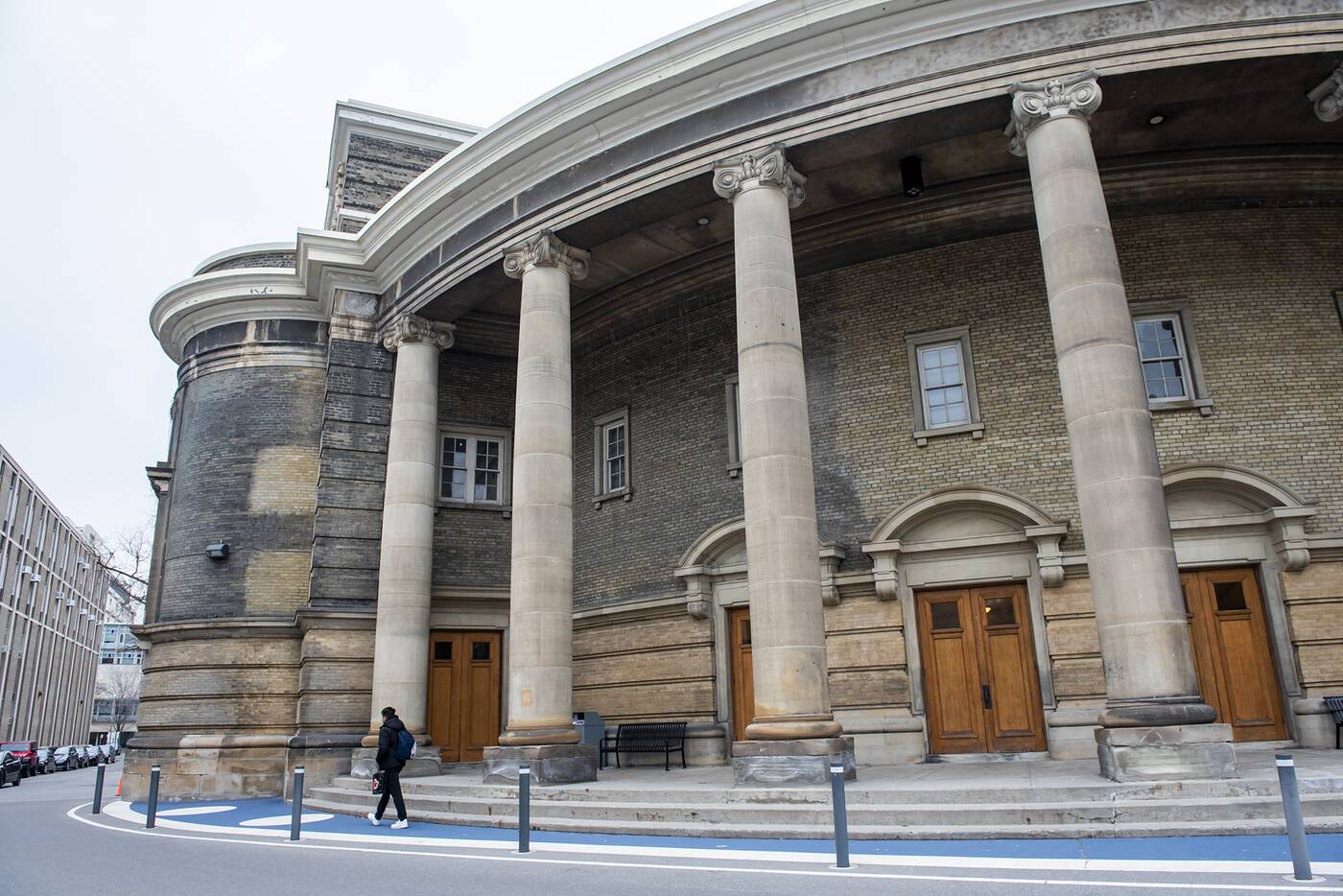 Convocation Hall at the University of Toronto. Photo by Hector Vasquez.

U of T sent out an email saying that all facilities are closed for the time being, including the Athletic Centre, Robarts Library and Hart House. 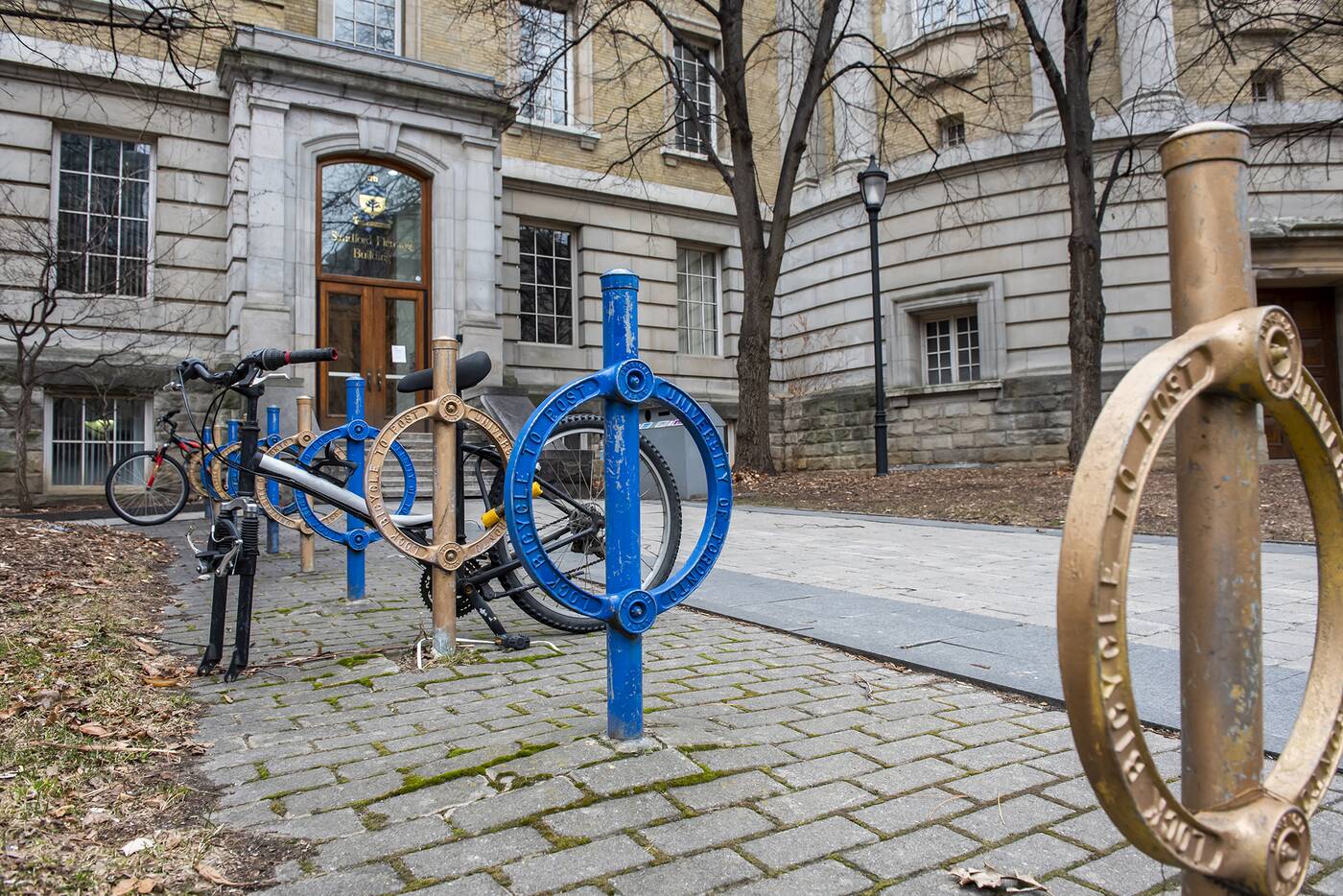 Even coveted bike racks are now (almost) totally freed up.

We may not know when we'll be allowed to gather at these institutions to work and learn again, but one thing's for sure, these campuses just don't look right without lots of people on them.