If your daily commute includes the area just south of the Canary District, then you may have noticed a bunch of large white tents sitting next to the Gardiner Expressway.

And if you've been wondering what purpose these eye-sores are currently serving, I finally have an answer for you.

The tents are actually just one small part of the larger Gardiner Expressway Strategic Rehabilitation Plan, which aims to renovate the expressway between Jarvis and Cherry Streets throughout the summer.

According to the city of Toronto, the tents, which are situated west of the Don Roadway on the north side of Lake Shore Blvd., are actually the fabrication site where crews are building new panels for the expressway. 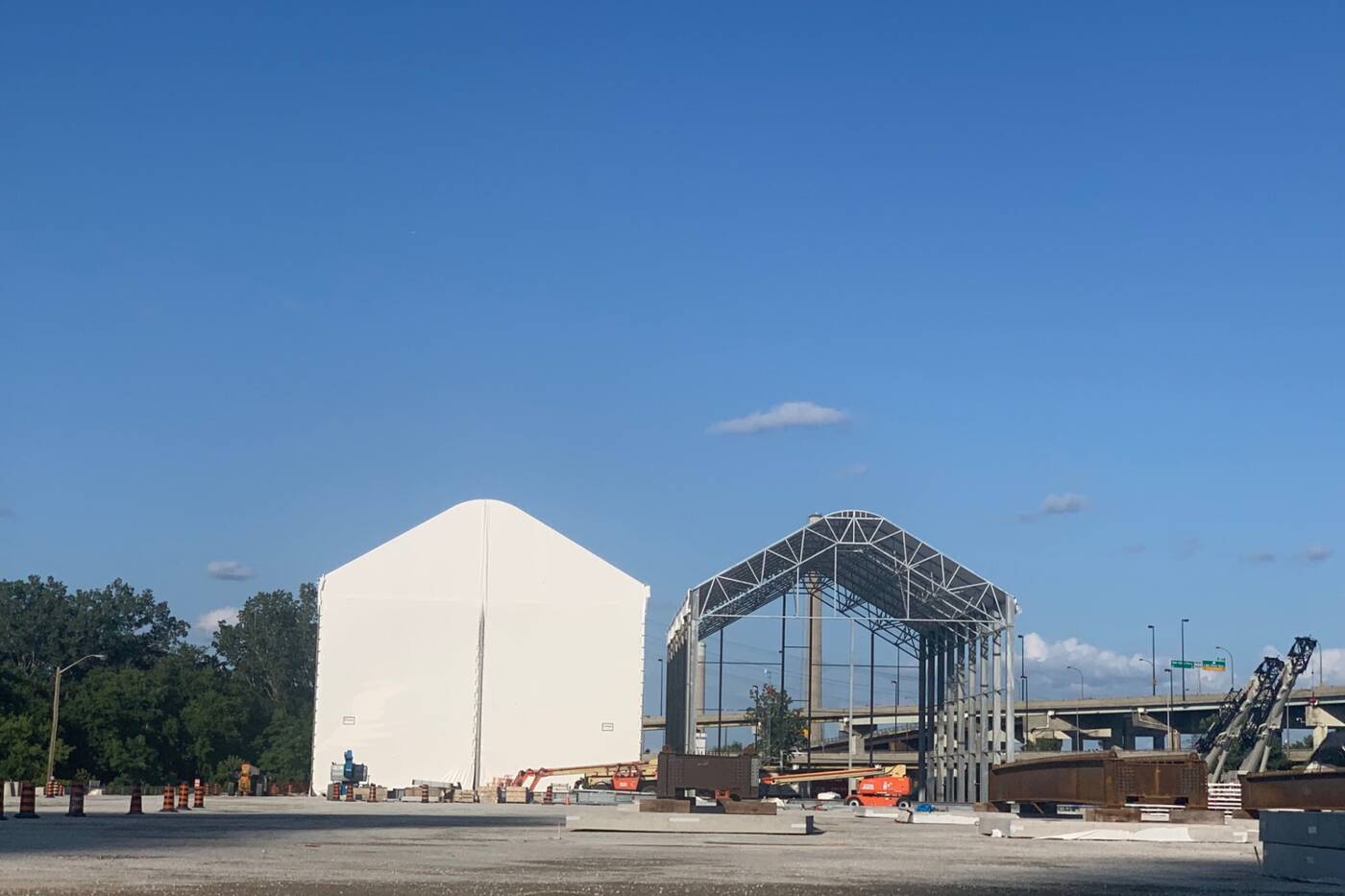 The city says 413 panels are being constructed to replace the expressway deck between Jarvis St. and Cherry St., the westbound off-ramp at Sherbourne St. and the eastbound on-ramp at Jarvis St.

The project is currently using an accelerated bridge construction method, which is supposed to reduce construction time by as much as 40 per cent.

This is the first time this method has ever been used in Toronto, and it requires panels to be built in a climate-controlled fabrication site. 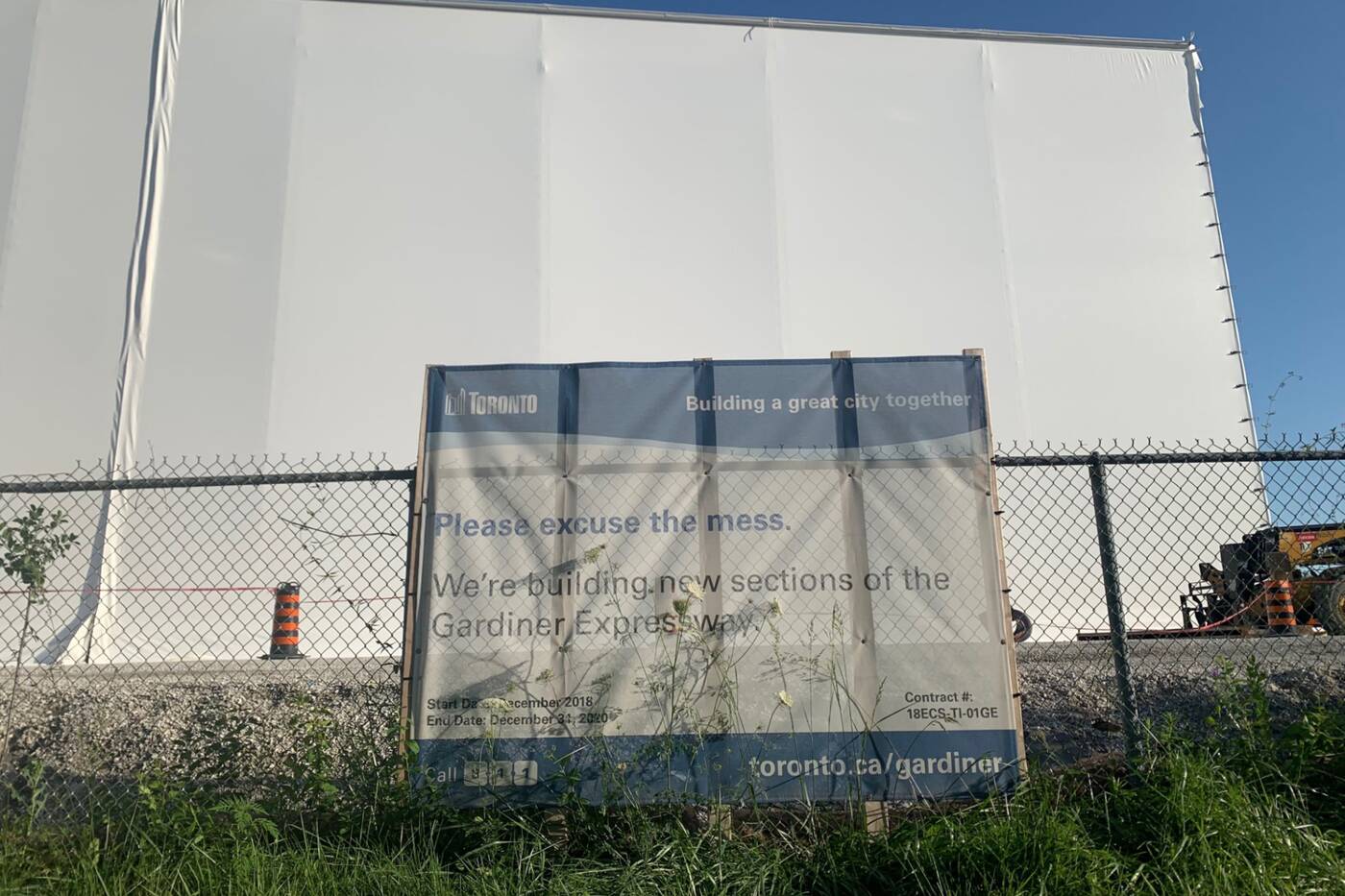 Panels must then be transferred into place on the Expressway where existing sections have been removed.

The city says using this accelerated bridge construction method will allow the project to be completed in two years, but there's no concrete word on when it will be completed and when the white tents will be taken down.