A red-winged blackbird is terrorizing a Toronto neighbourhood

Some aggressive birds are once again causing problems in the City of Toronto by dive-bombing humans in defence of their nests — this time, in a densely-populated residential area.

At least one male red-winged blackbird has been attacking people from a row of young trees in front of the King West Condominiums complex on East Liberty Street in recent days.

As of 9 a.m. on Tuesday morning, a whole stretch of sidewalk in front of the three-building development had been roped off with police tape.

When asked if the tape was related to the red-winged blackbird, a security guard (who had just been attacked) confirmed that the bird has a nest in one of the trees and that it had been attacking Liberty Village residents. 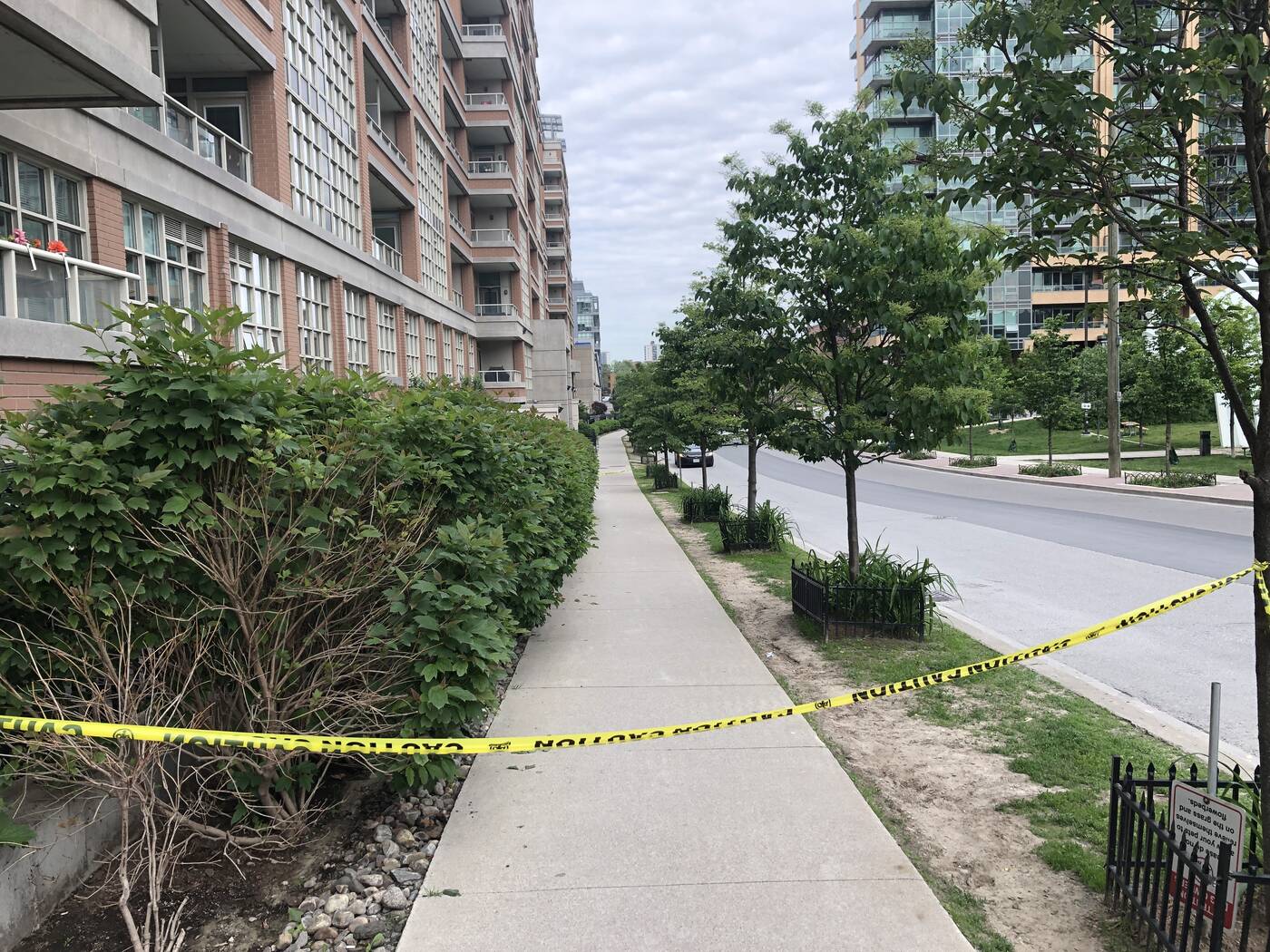 Much of the sidewalk between the condo buildings at 75 and 65 East Liberty Street was blocked off with caution tape on Tuesday morning in light of recent bird attacks. Photo by Lauren O'Neil.

"So it happened. I got attacked by a bird in Liberty. All I can say is that it hurt both my head and my feelings on an otherwise amazing day," wrote one local in the Liberty Village Residents Association Facebook group on Tuesday. "On the plus side, I feel like I am part of a greater club now. When is nesting season over?"

Dozens more weighed in via the comments section to say that they'd either been attacked or had witnessed bird attacks in front of 75 East Liberty Street.

"Was it this morning at 7 a.m.?" wrote one. "There I was waiting for my bus minding my business and out of nowhere there is a Woman screaming. I was ready to rush to the scene to help and just about then I saw the angry birds wrath on her head."

Last year, attacks from this particular bird species grew so frequent near Toronto's waterfront that the city erected signs to warn people of their protective ways. 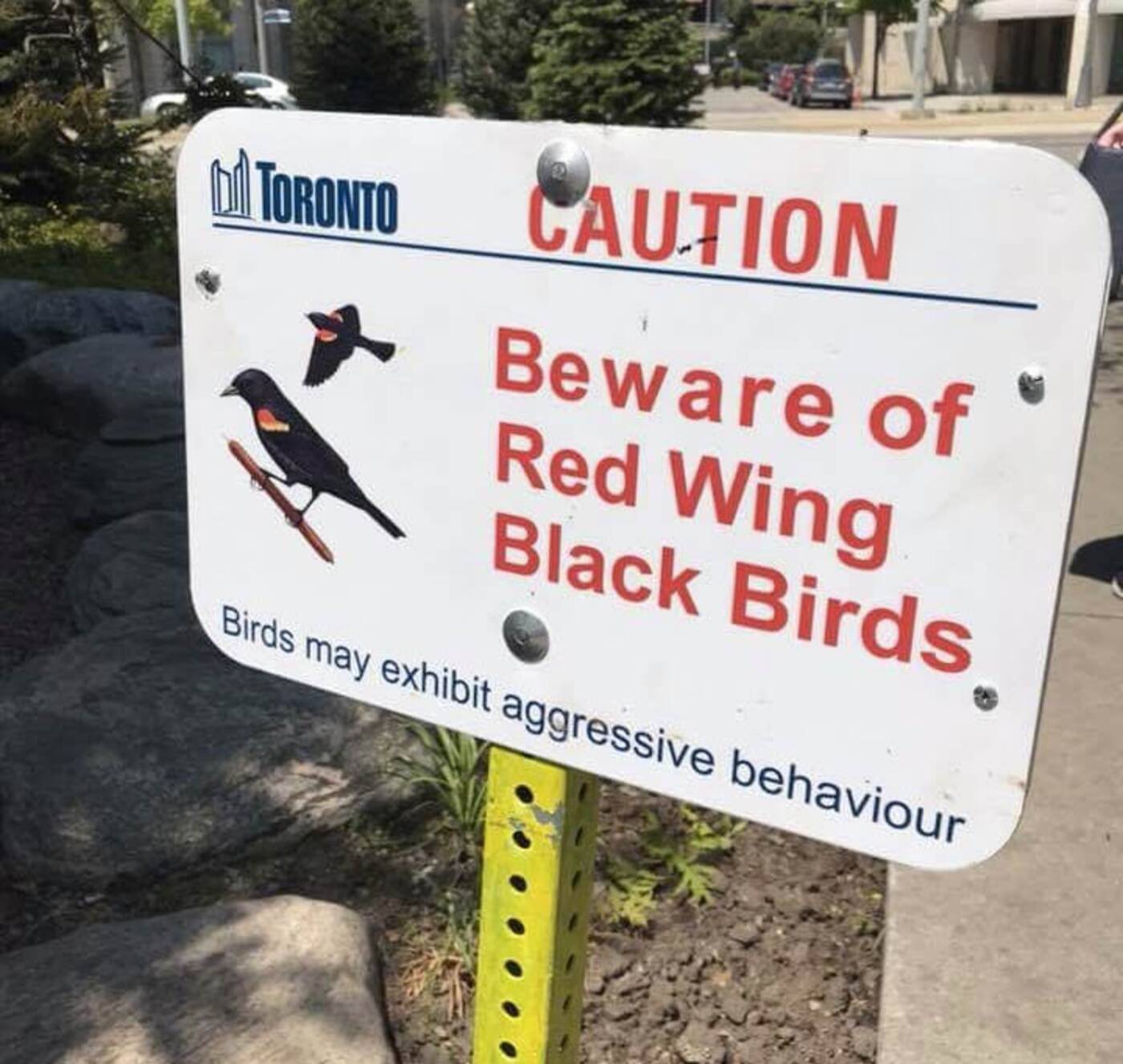 Signs were installed in some waterfront communities last spring and summer to warn residents of aggressive bird behaviour. Image via @junctionette on Twitter.

Breeding season for red-winged blackbirds lasts about three months, from May until August, according to the Cornell Lab of Ornithology, during which time males of the species can "exhibit important territorial behaviors" and "swoop at humans who encroach upon their nesting territory."

Funny as the behaviour may seem, people have sustained minor injuries in red-winged blackbird attacks.

Your best bet? Stay as far away from nests as possible. You'll often see males of the species, with their stunning red shoulder patches and yellow wingbars, waiting up in trees or on power lines for potential intruders.

You'll know you've come too close to one when he dives toward your head.