Relief could be on the way for drivers moving through one of the GTA's fastest-growing (and most severely-congested) regions in the form of a brand new 400-series highway.

The Province of Ontario announced this week that it would be resuming work on an environmental assessment for something called the "Greater Toronto Area West Highway Corridor."

The project, which would have seen a new highway built (roughly) between Milton and Vaughan, was put on ice after years of planning by the previous Liberal government in 2015.

With populations rising fast in the municipalities of Brampton, Milton, Halton Hills and beyond, Doug Ford's government has made the decision to pick up where things left off back then. 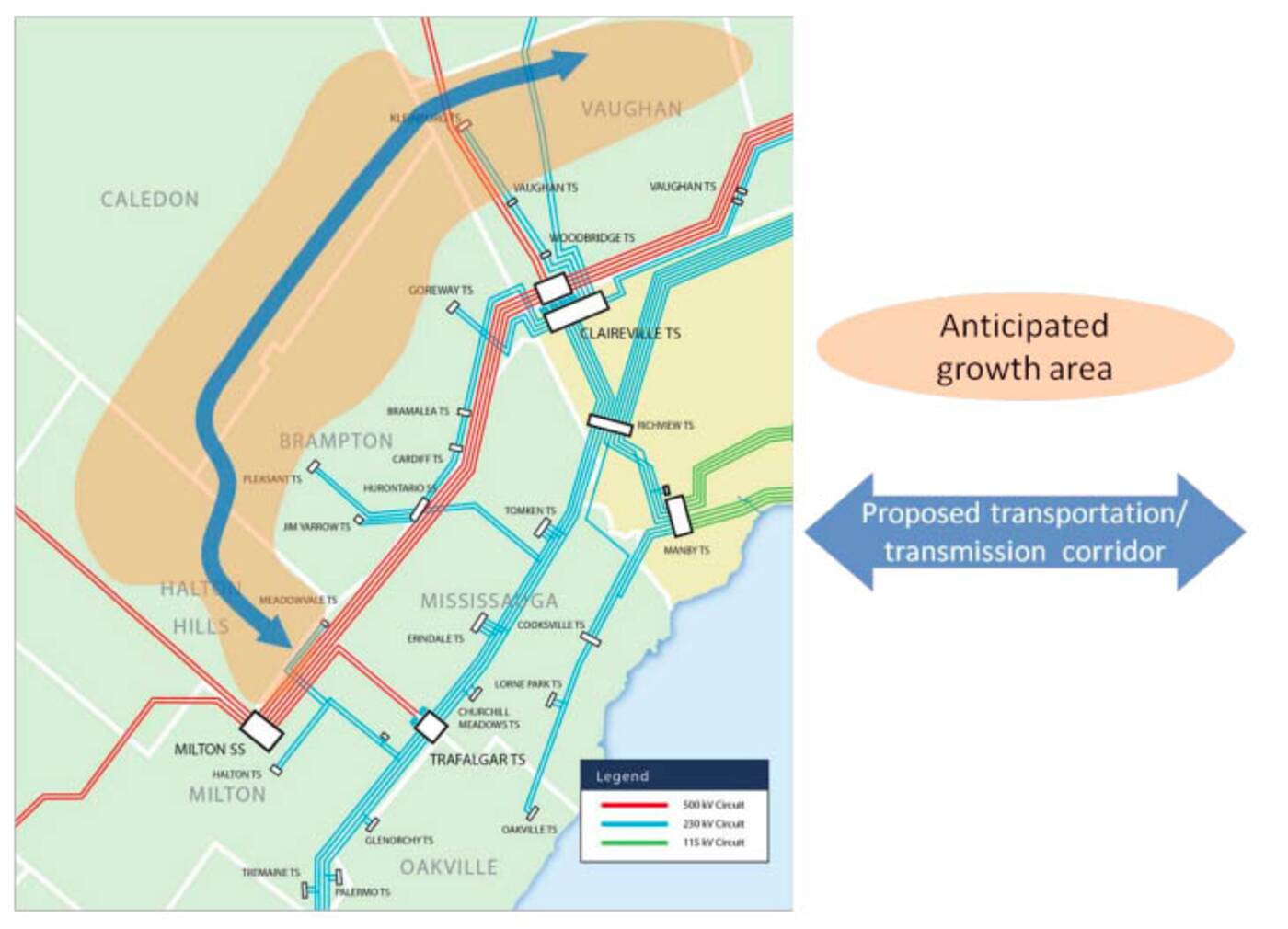 An integrated regional resource plan prepared by a consortium of local energies back in 2015 suggested a rough location for the proposed new highway. Image via IESO.

"By resuming the environmental assessment, we will be able to build future transit infrastructure to improve traffic flow and help relieve traffic congestion," said then-Transport Minister Jeff Yurek (now Minister of the Environment) on Wednesday, noting that the new highway could serve as many as 300,000 vehicles daily by 2031.

"This will provide relief on local roads and parallel highways and help ensure our goods and services can quickly and efficiently move between our cities and towns."

Work on the project will begin immediately, according to Yurek, with the full environmental assessment expected to be complete by 2022.

It is not yet known if the province plans to add tolls to the road, which will connect to Highway 407 and Highway 400, but they do say they're opening an information centre this fall for the public to weigh in on what the route should look like.