It’s going to feel like 34C in Toronto next week

It’s officially fall, but that doesn’t mean summer weather has disappeared just yet. Hang up your knitwear in the closet and break out the shorts and t-shirts because temperatures are expected to rise next week.

The Weather Network predicts highs of 26C on Tuesday and with humidity, it will feel like a whopping 34C. Whew!

The rest of the week will be in the low 20s, but will still feel like 30C. 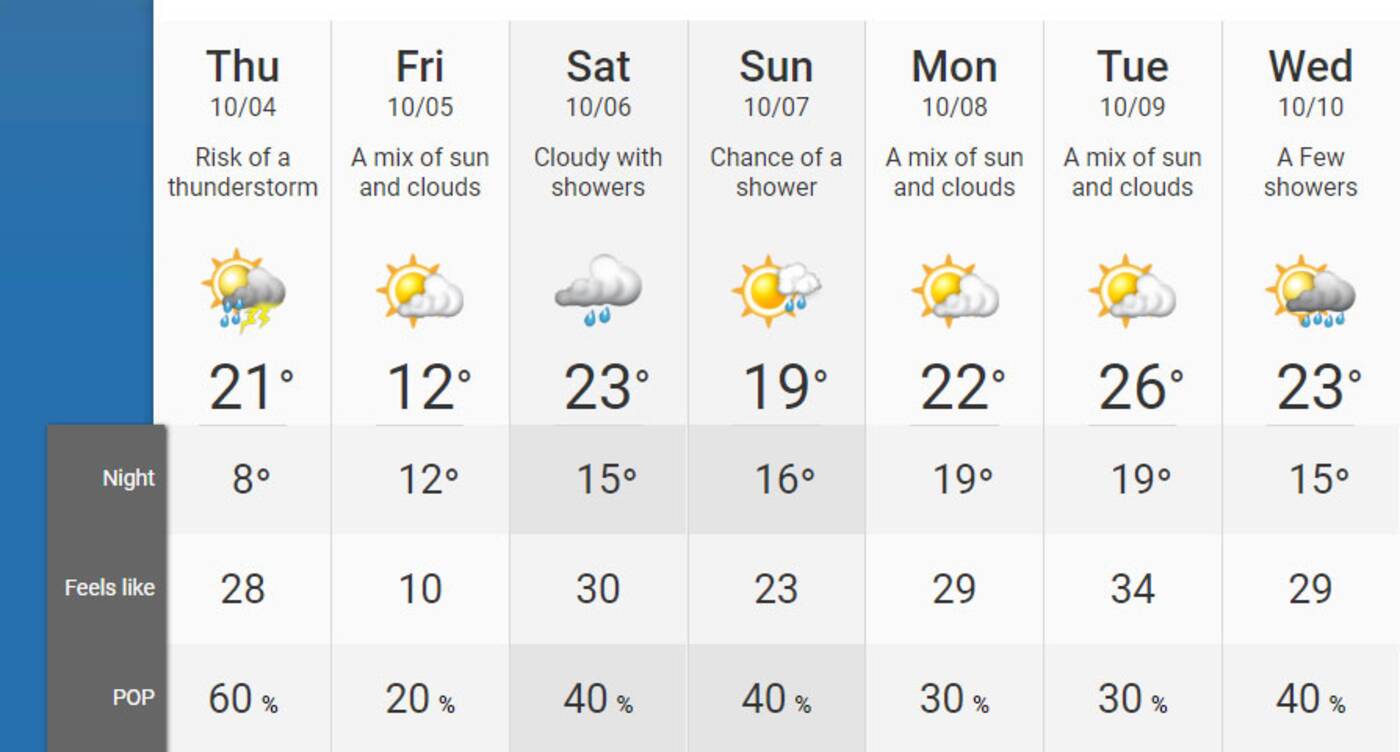 Summer weather is here to stay, at least until after next week. Image via The Weather Network.

This follows The Weather Network’s long-term fall forecast, where they predicted “milder than normal” temperatures for October and November, which means peak fall colours will be later than usual.

While you’re waiting for all the leaves to change, you can enjoy an extended patio season… or just crank up the A/C.