Fall foliage will be exceptionally colourful in Toronto this year

It may still feel like summer outside, but Toronto is now only four days away from the autumn equinox — which means that everything green is about to die.

But oh, what a beautiful death it will be!

In its annual long-term fall forecast this week, The Weather Network predicts that Southern Ontario will experience a "milder than normal" October and November.

The heat and humidity we're experiencing now will continue until the end of September, if meteorologists are correct, but it won't be nearly as bad as it was during the record-breaking rash of heat waves we saw in 2017.

Experts say that things will cool off slightly in early October before warming up again — especially in November — and that we'll see fewer rainstorms than normal over the next few months. 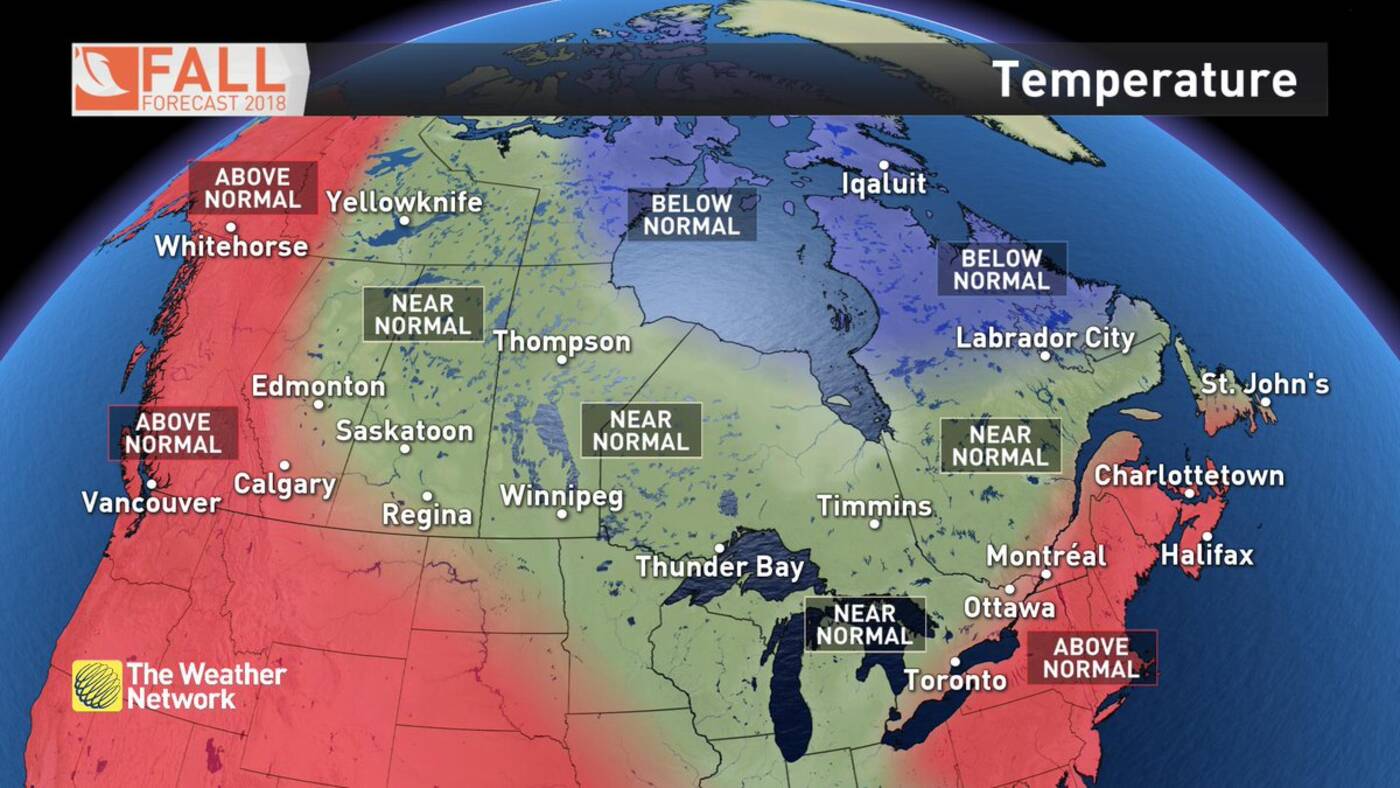 It's going to be warmer than normal in the GTA over the next few months, according to meteorologists. Image via The Weather Network.

What this all means, in part, is that deciduous trees will hang onto their leaves a bit longer than usual. Also, you won't need to pay for express shipping on that turtleneck.

"Peak fall colours will be later than normal this year," writes Weather Network meteorologist Dr. Doug Gillham in his forecast.

"But the fall foliage should be much more colourful than last year."

In other words, our annual explosion of red, orange and yellow treetops will be worth the (slightly longer than usual) wait.

Stake out a spot while you still can, friends. Tourists love dying leaves even more than cherry blossoms, which, as I'm sure you well know, is saying a lot.