Toronto just got new bike racks and they're big and red

New cherry-coloured bike rings have just popped up near Osgoode Station, and they look a lot more user-friendly than the city's usual aluminum racks.

A handful of these red bicycle holders now line the sidewalk on Queen by Simcoe Street just outside the new Smart House Condos, which are currently under construction.

It's unclear whether or not these playful-looking rings will be implemented citywide or if they're just part of the incoming Smart House project (the condo's website does have a red circle theme). 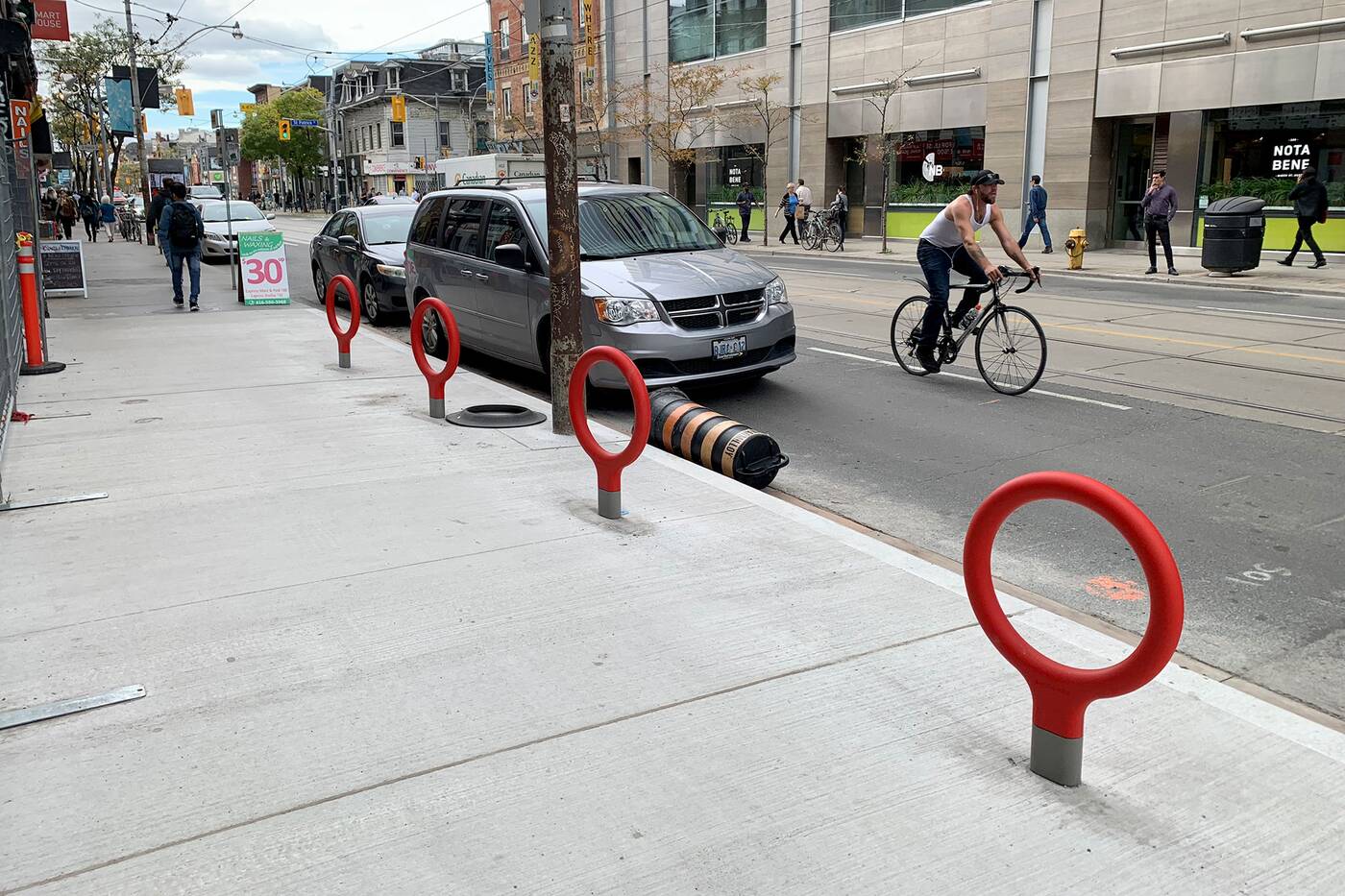 There's a handful of these red rings on Queen Street, steps from Osgoode Station.

What we do know is that these racks are actually made of foam, and come by way of Spain via the Barcelona-based studio Lagranja Design.

The simple lollipop structure, or The Key, as it's called, was designed in 2007 for Santa & Cole and has actually won multiple accolades including the international Red Dot Design Award.

Made from high-density polyurethane foam—a waterproof material popularly used for upholstery—the racks, according to Santa & Cole, are "pleasant to the touch, aimed at humanising the city."

They're also soft enough to prevent damage to your bikes. And at around 10 kilograms each, they're large enough for you to secure both wheels, meaning you never have to worry about emerging from work to find your beloved bike lying on the ground.

Our KEY bicycle racks for @santacole look great on this Norwegian school at Hokksund. More on this design at https://t.co/i8qNDQP9EU pic.twitter.com/5Zzos1SoBE

These colourful circles may be making their first appearance in North America but they've long been serving bike riders worldwide at Plaza de Cataluña in Barcelona and at the Hokksund middle school in Norway.

They also come in grey or yellow, which would be a welcome replacements for the cold-looking metal ones we currently have.