This is what Happy Place looks like in Toronto

Happy Place, the highly-anticipated exhibition of candy, confetti, and kisses has finally hit Toronto, and you know what—it's pretty great.

Bringing its rainbow-filled rooms to the old PawsWay Building at Harbourfront, this installation has already made its rounds in L.A. and Chicago, making Toronto its third pop up so far. 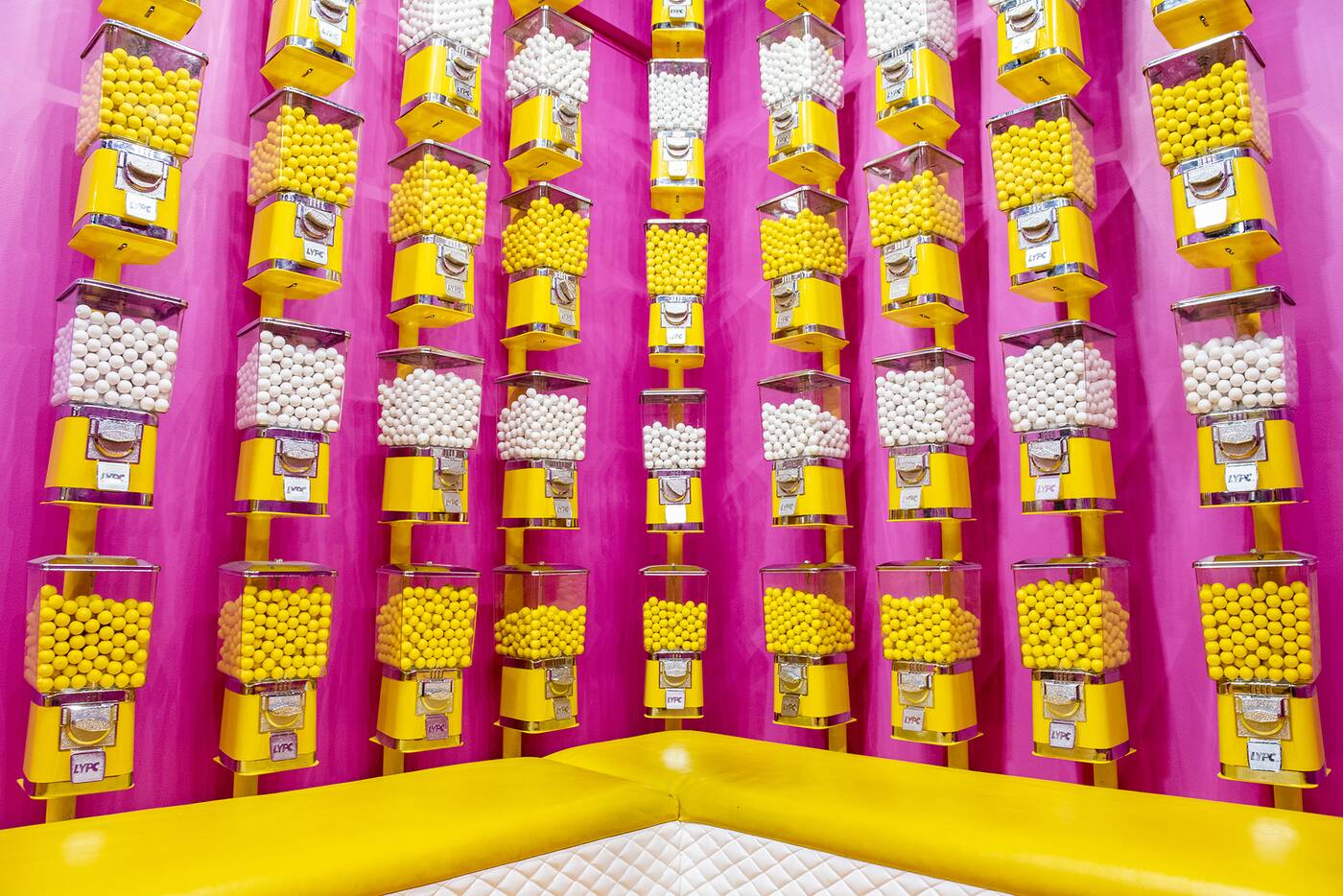 Open from Nov. 1 until Jan. 1, 2019, even the most cynical residents of the Screwface Capital will find it hard to resist the over-the-top installations at this fleeting affair. 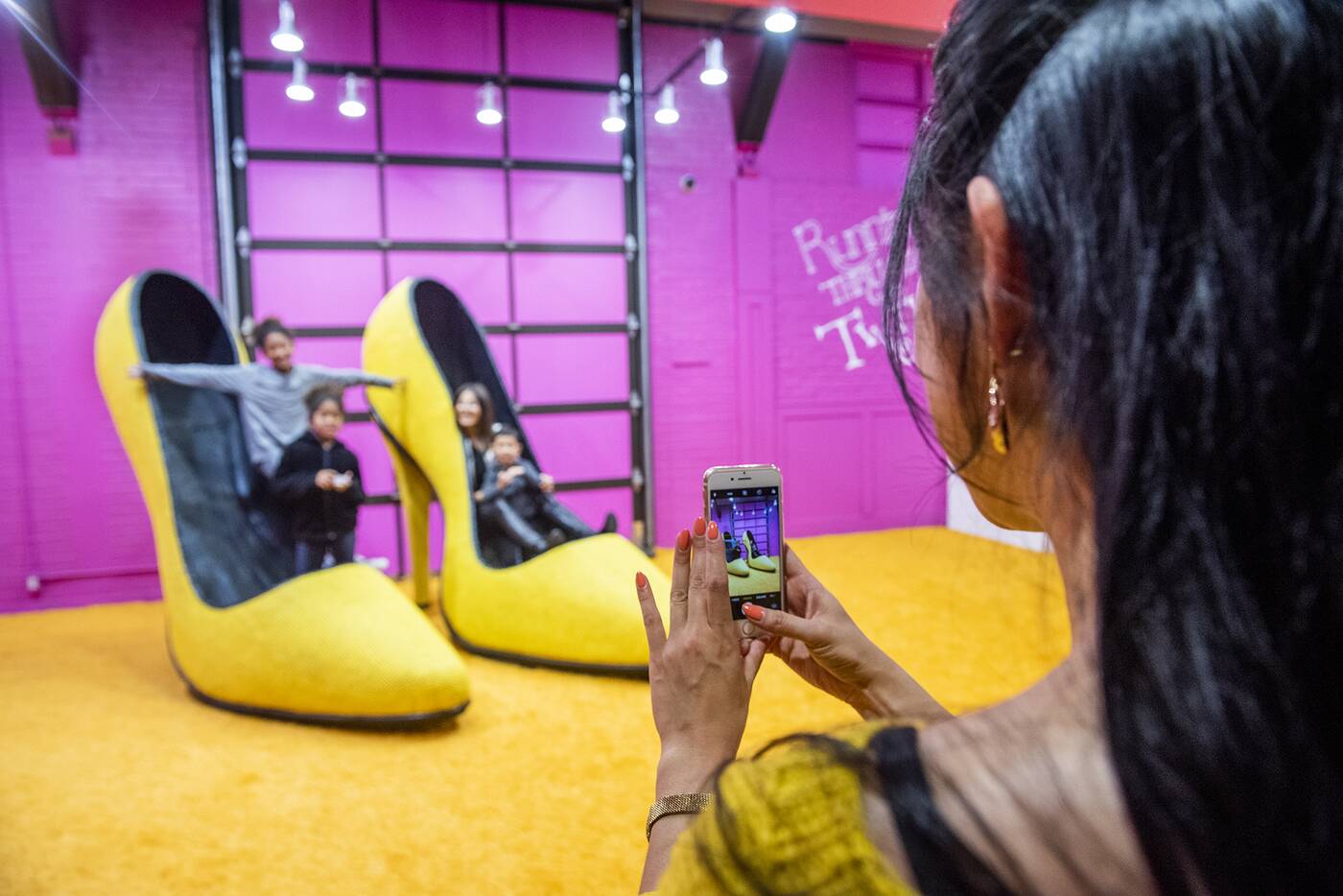 Yes, this multi-roomed exhibit is essentially one giant photo-op, which might deter the photo-averse. 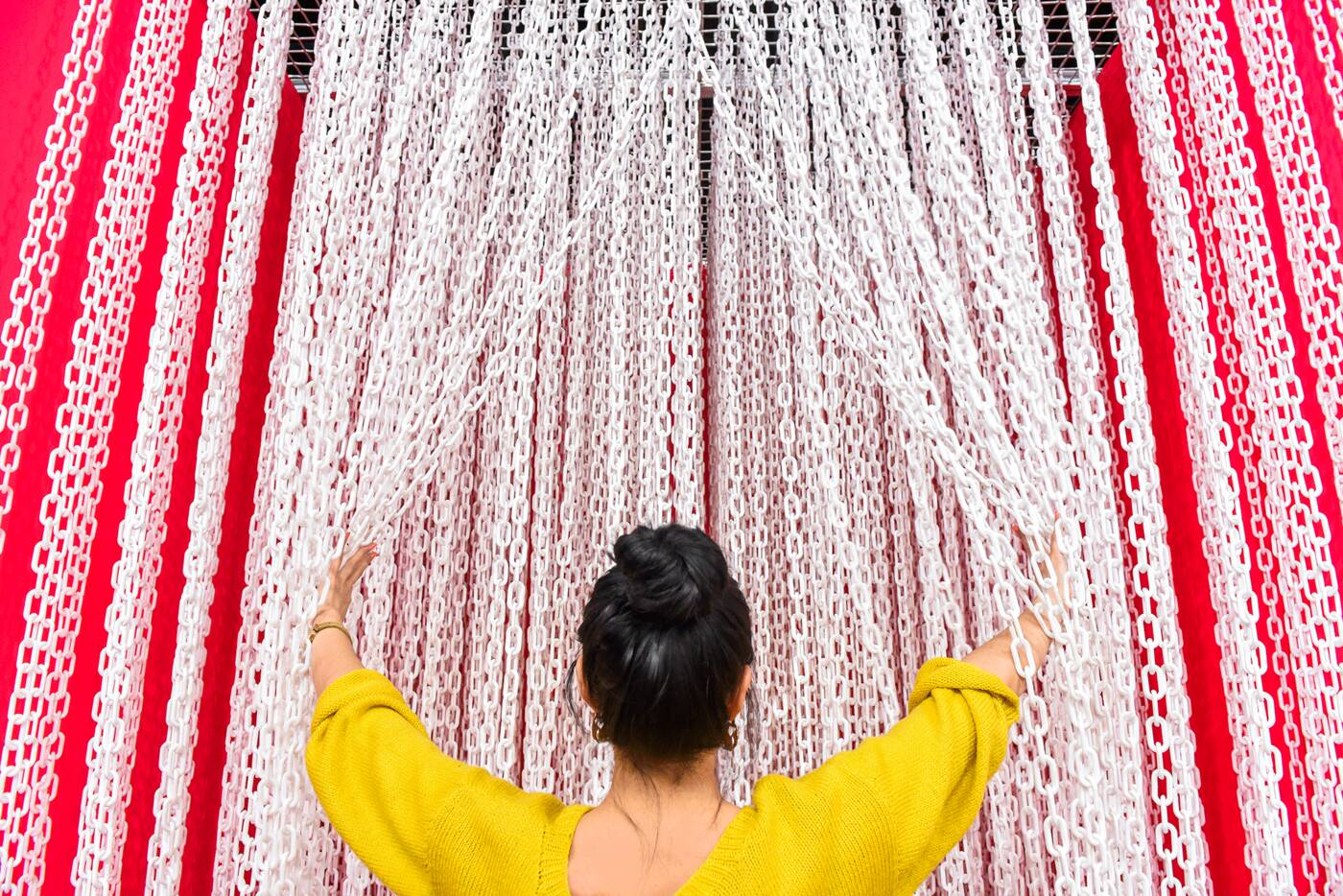 But even for non-Instagram influencers, there are some really enjoyable elements to this project that just might make a trip here worth the $39.50 weekend ticket (or $32.50 for weekdays). 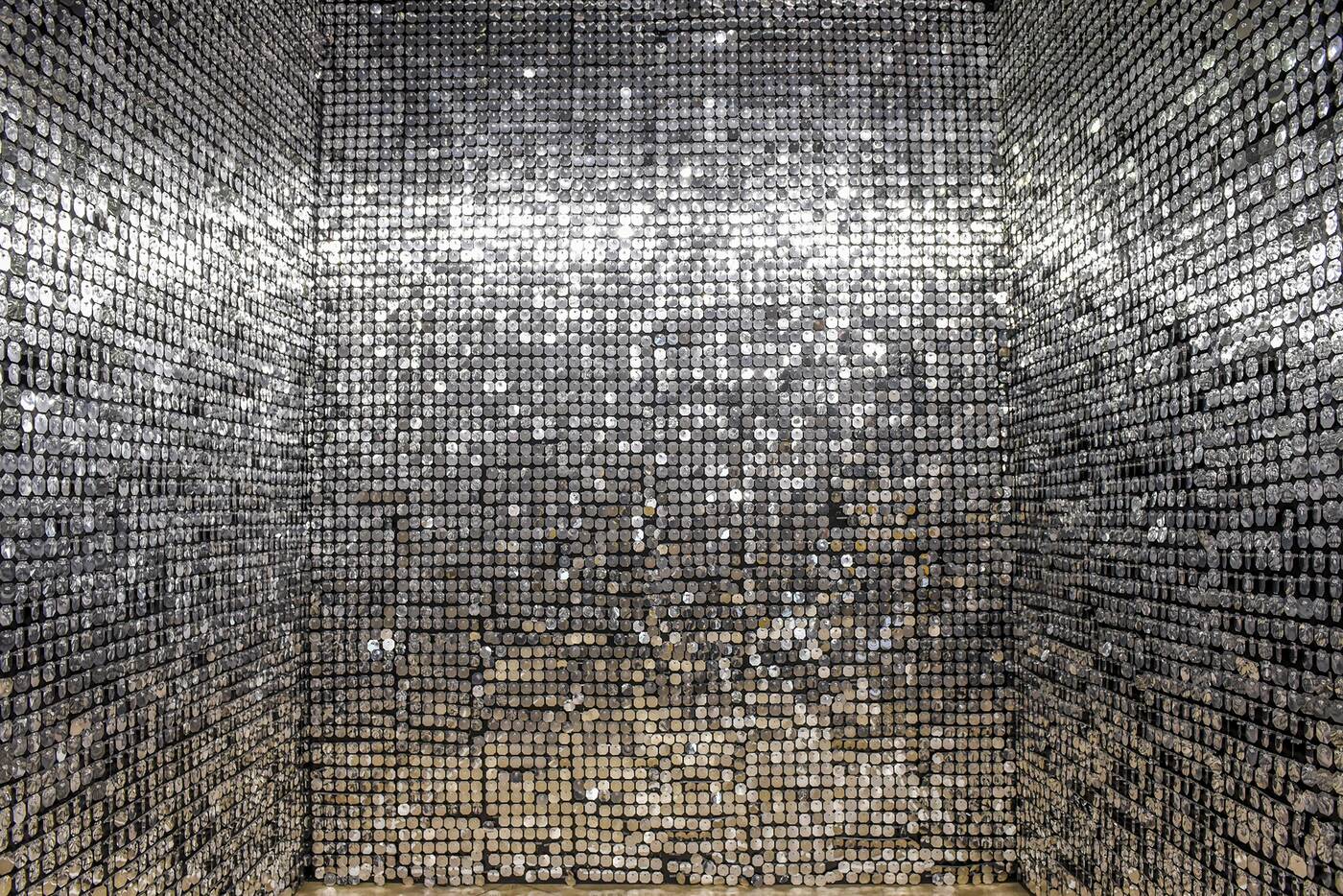 Unlike other art extravaganzas that have visited Toronto in the past, Happy Place's online tickets have timed entry, meaning you have to book the exact time slot you want to visit the exhibit.

That means no line ups, and being able to explore all 20,000 square feet of installations at your leisure, though it shouldn't take you longer than half an hour to get through the whole thing. 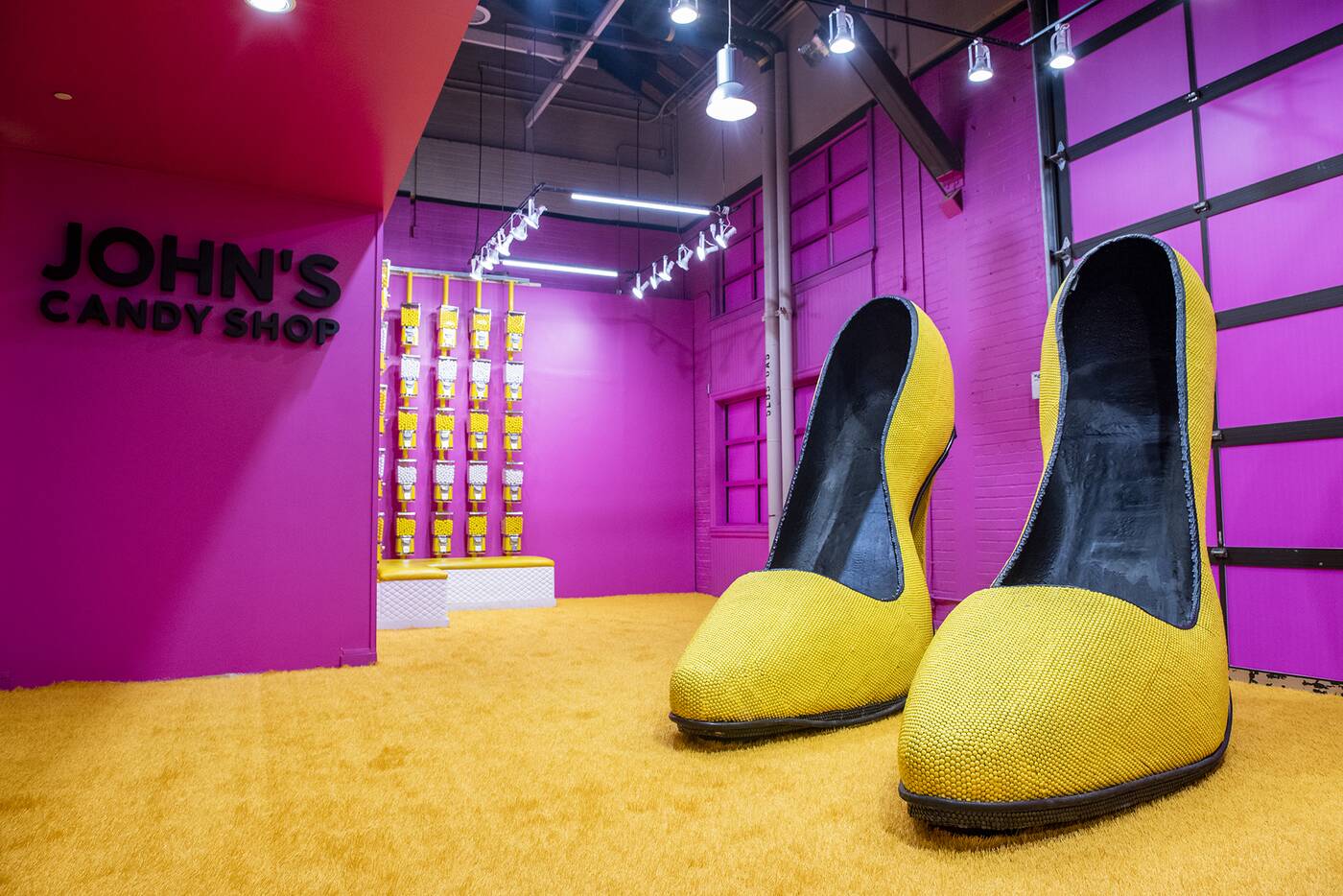 According to Happy Place's production manager Jacob Klensin, the team only began unloading the trucks three weeks ago, meaning it was a mad dash to get the project done. But the end result is six sections of colour-saturated fun. 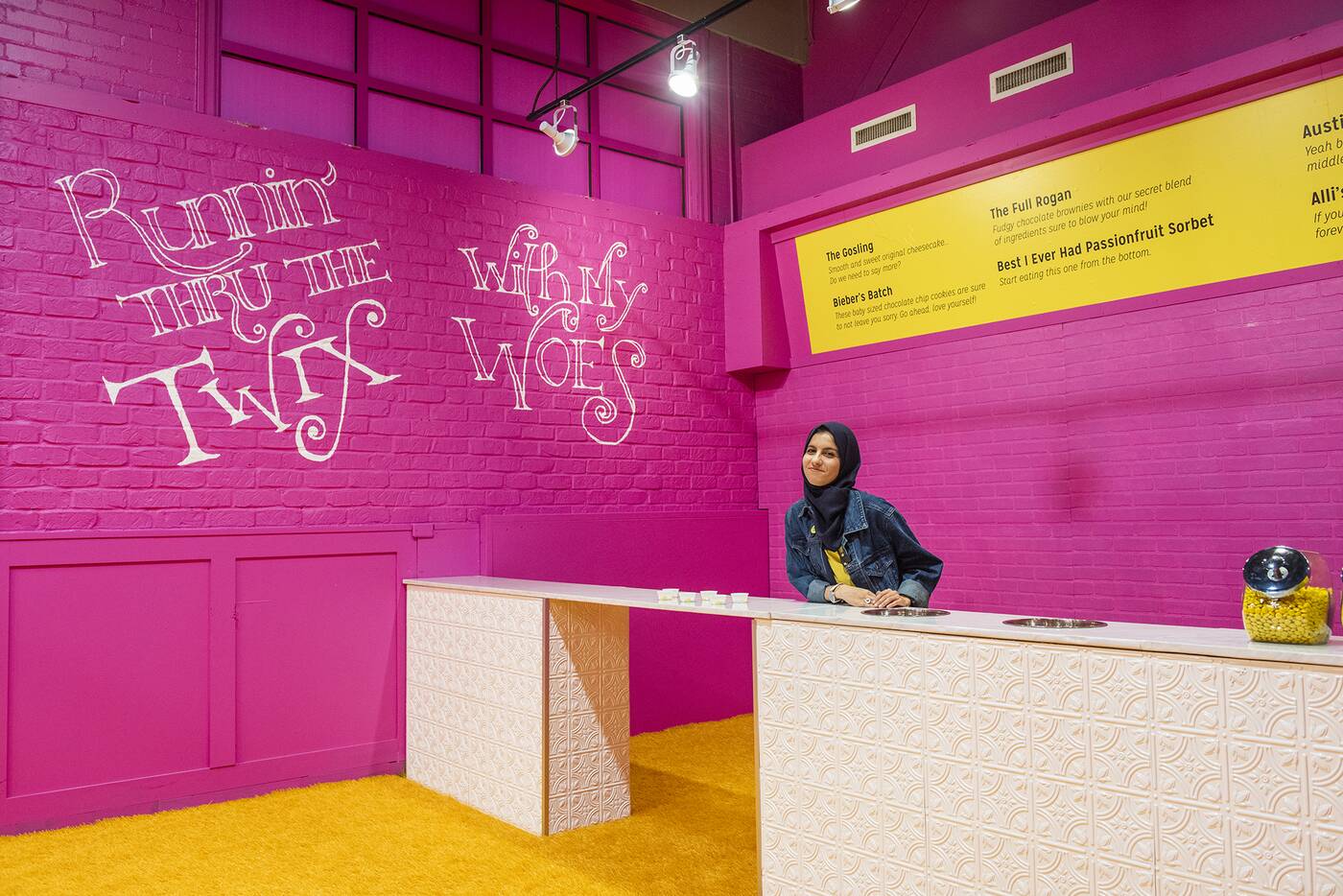 There's the candy room, with its seven-foot candy-filled stilettos and a wall of gum ball machines in the corner. 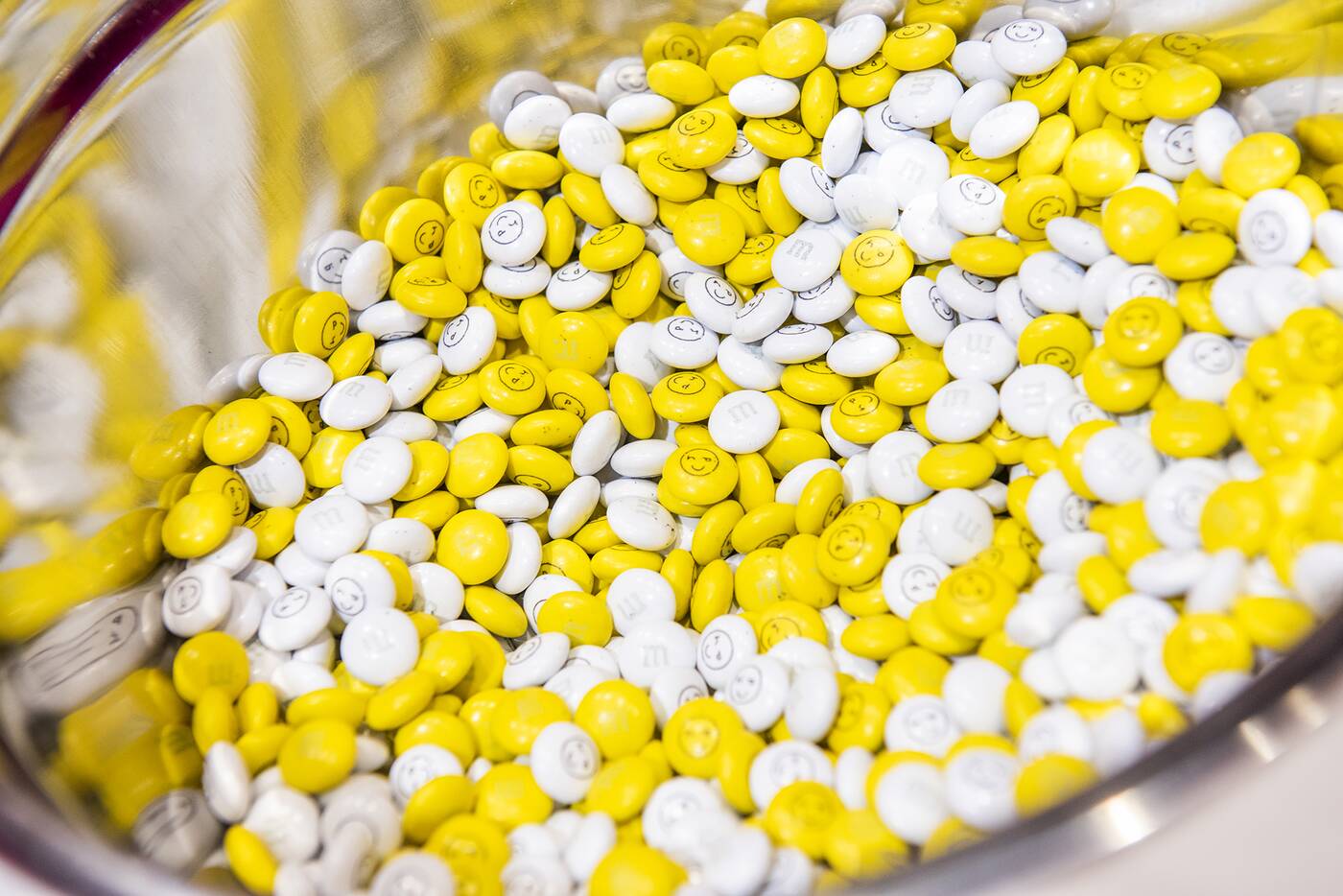 If you need a sugar boost to get you hyped for the exhibit, grab some M&M's from the John's Candy Shop bar, which features a fake menu of Canadian-themed treats. 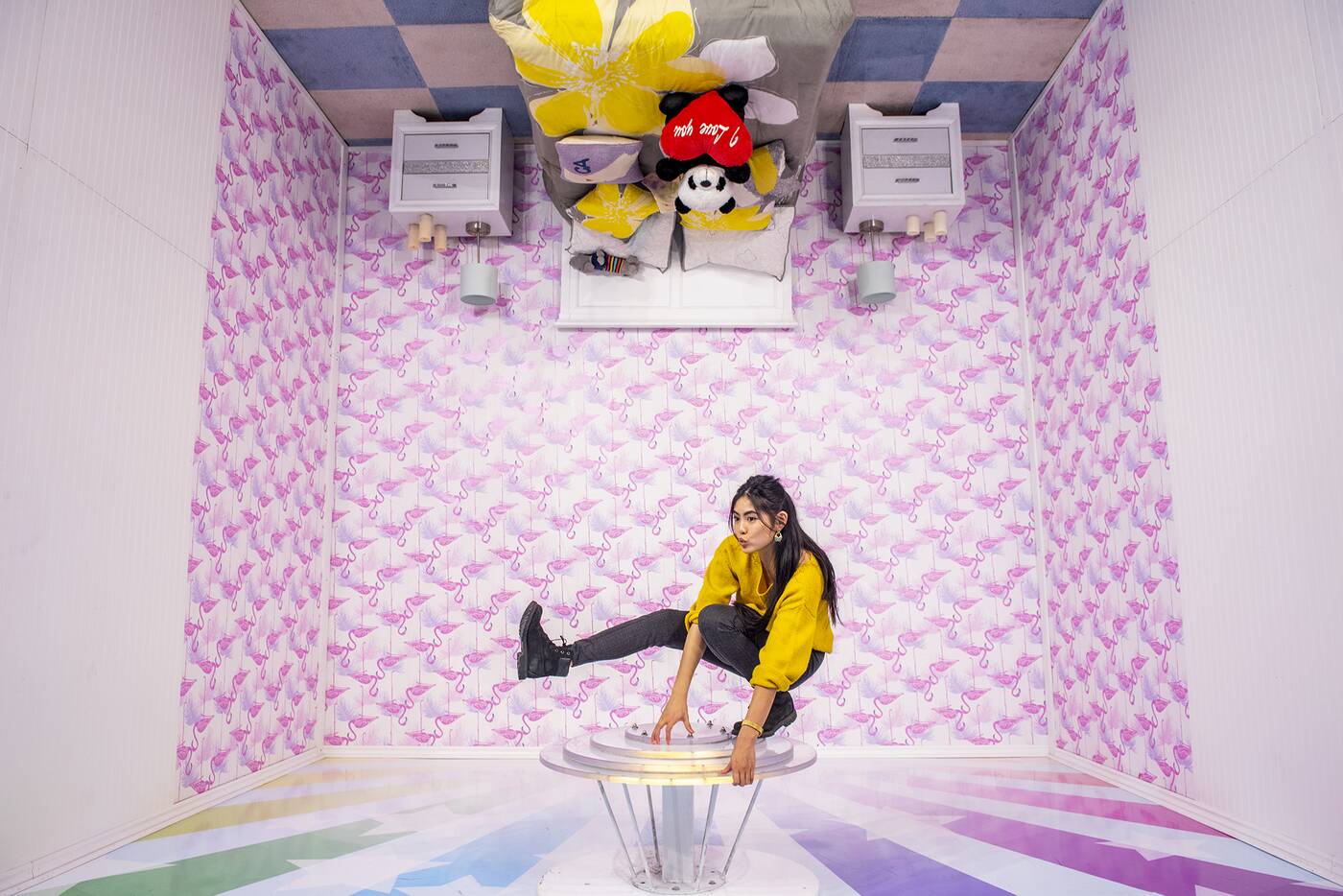 Past that is the upside down room, which has some cozy furniture bolted on to the ceiling to create a cool topsy-turvy photo effect. 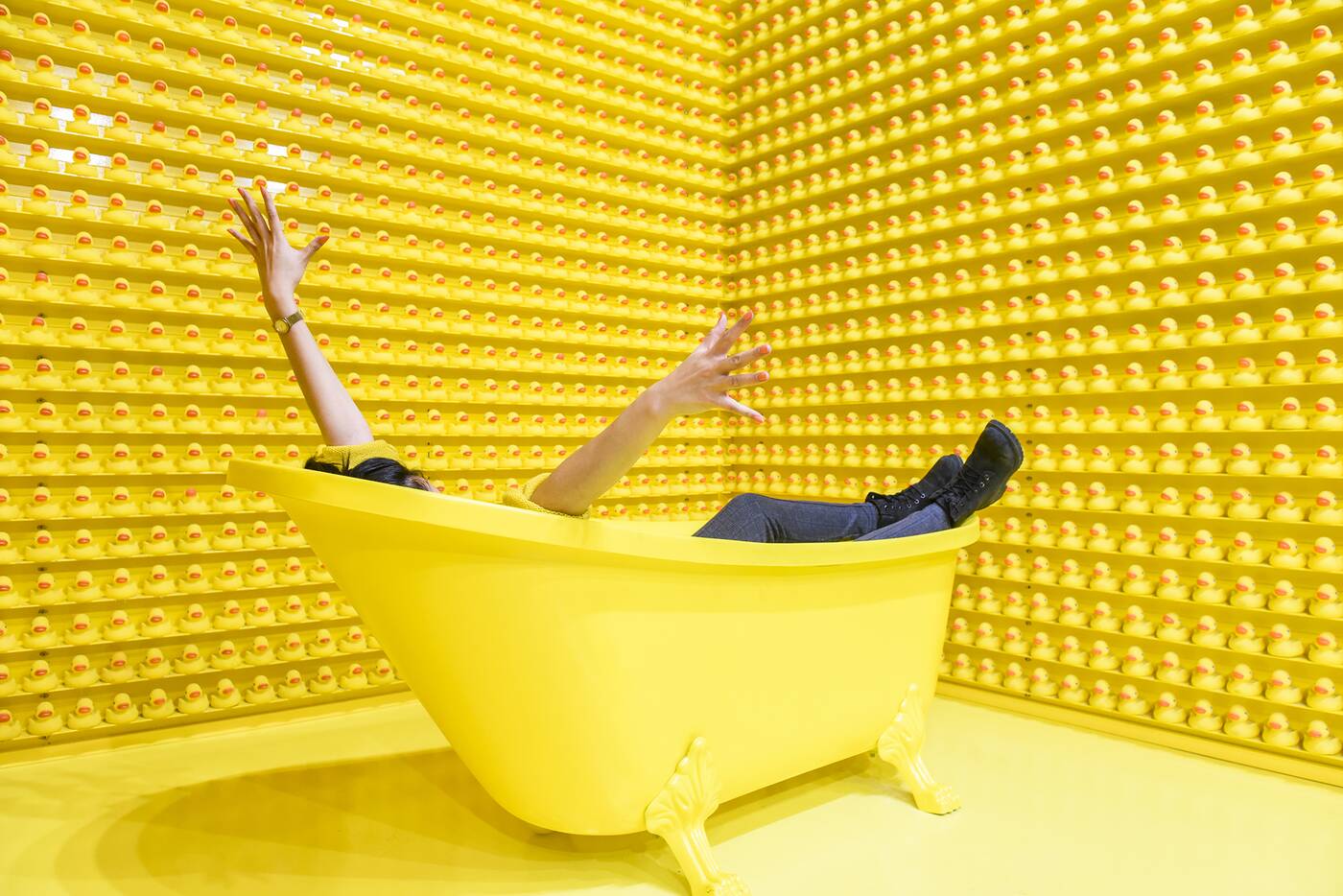 The rubber duck room with a ball-filled yellow bathtub is the lounging experience you didn't know you needed. 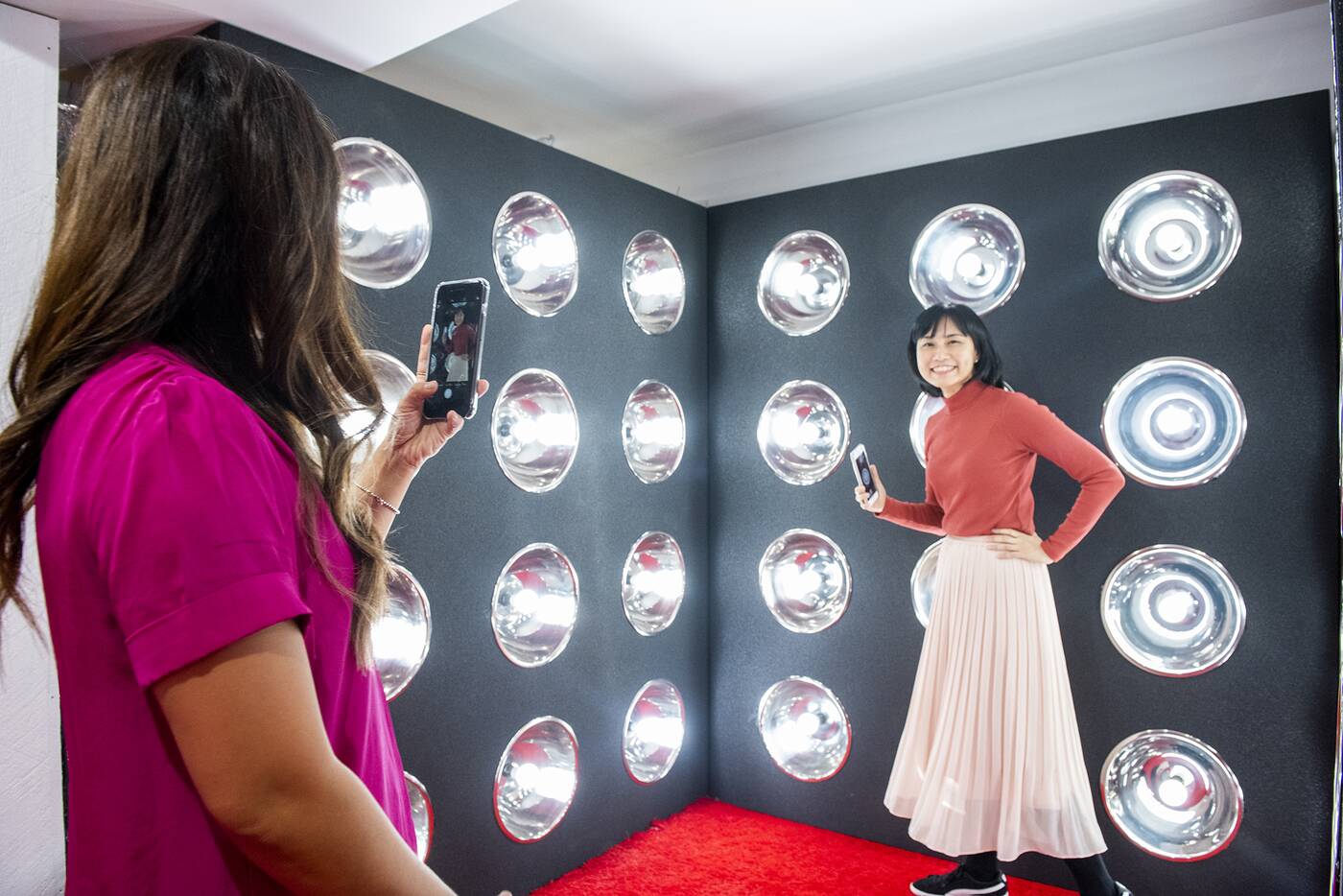 Naturally, nearly all of these areas are designed to be photogenic as possible, so if you're looking for a new profile pic, this is where to get it. 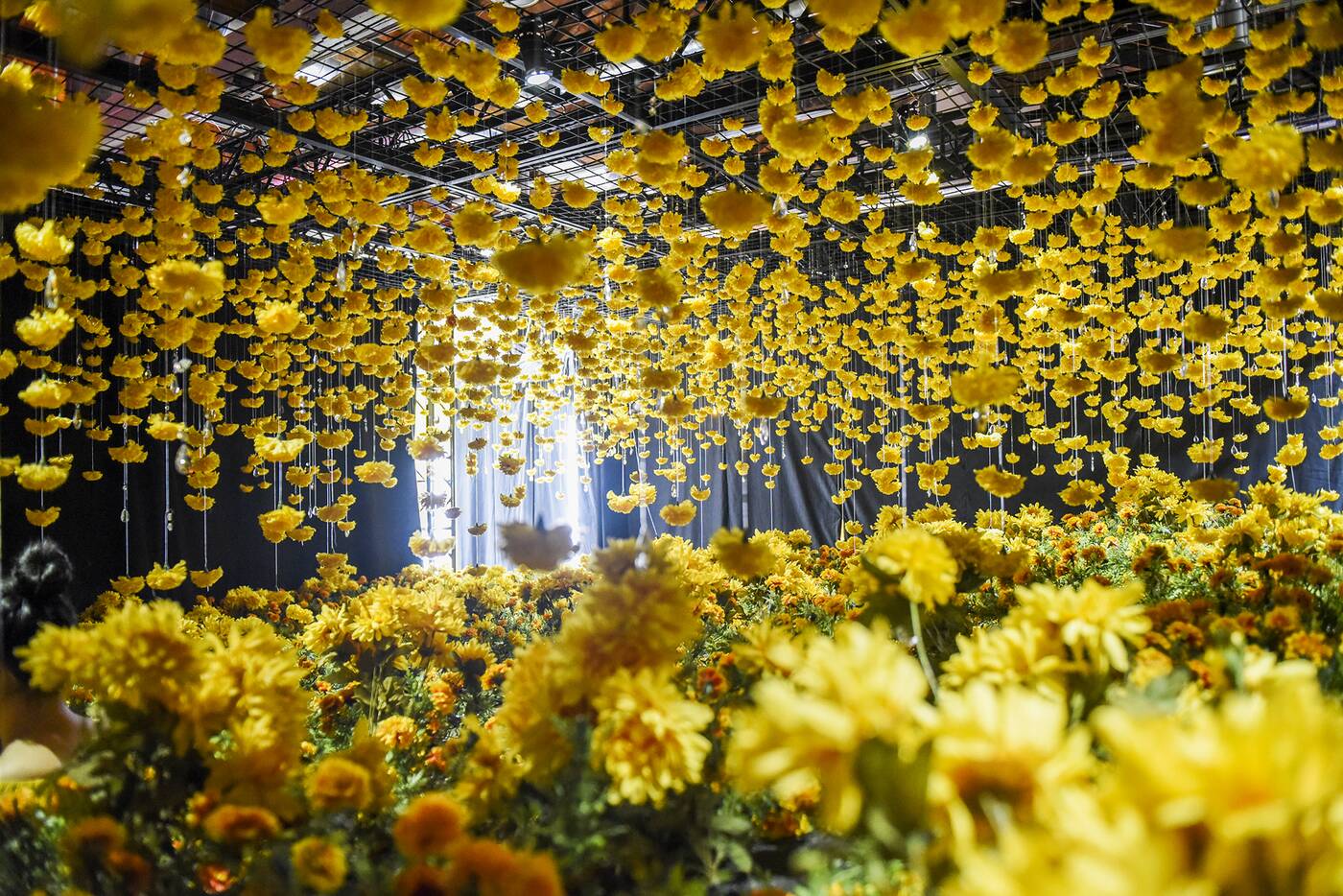 My favourite section is the dimly-lit superbloom room. Climb up a ladder to poke your head out over a field of 40,000 fake flowers, with some more dangling overhead. 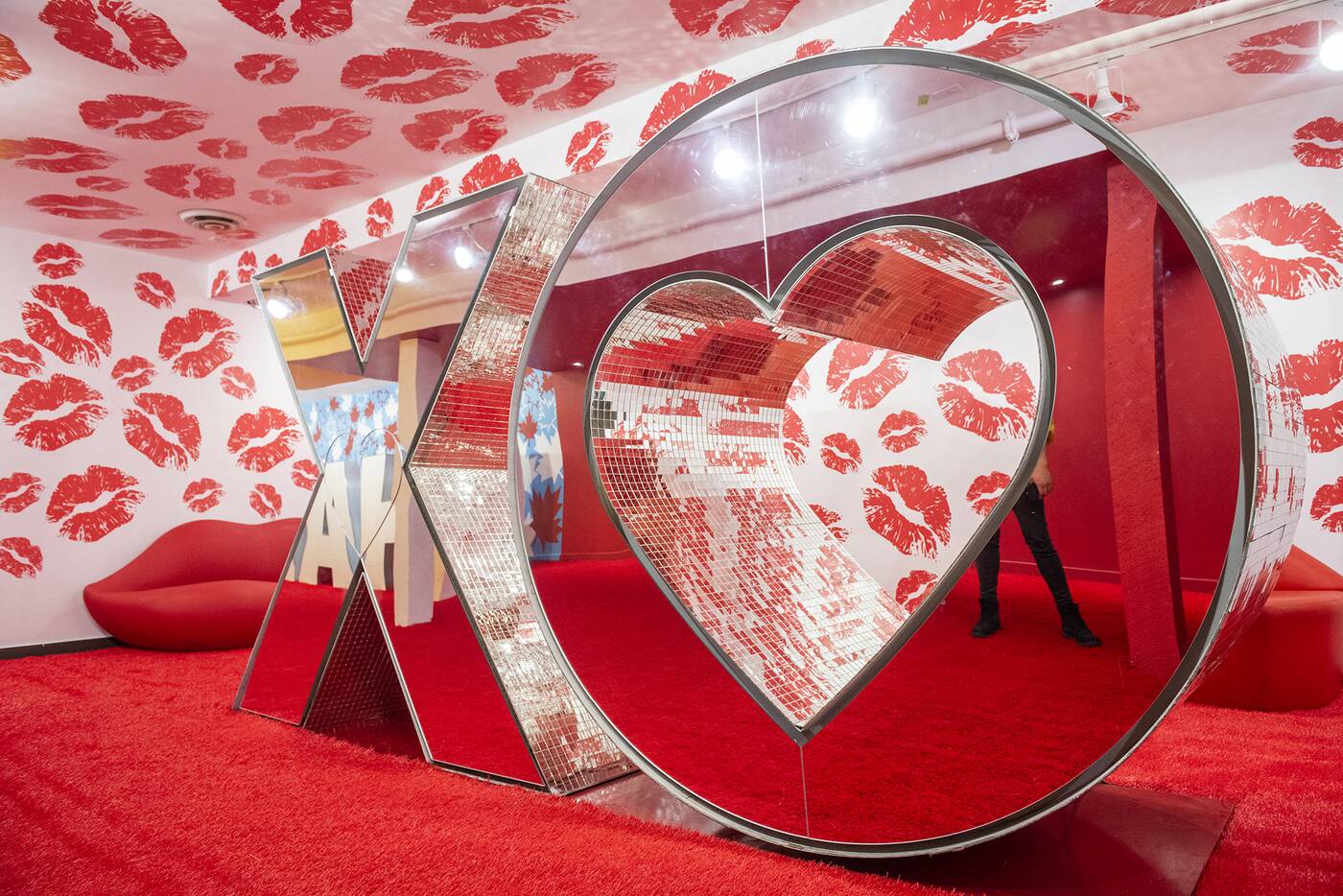 The six-foot-tall X's and O's are made up of thousands of little mirrors, with walls covered in 1,000 red lipstick marks. 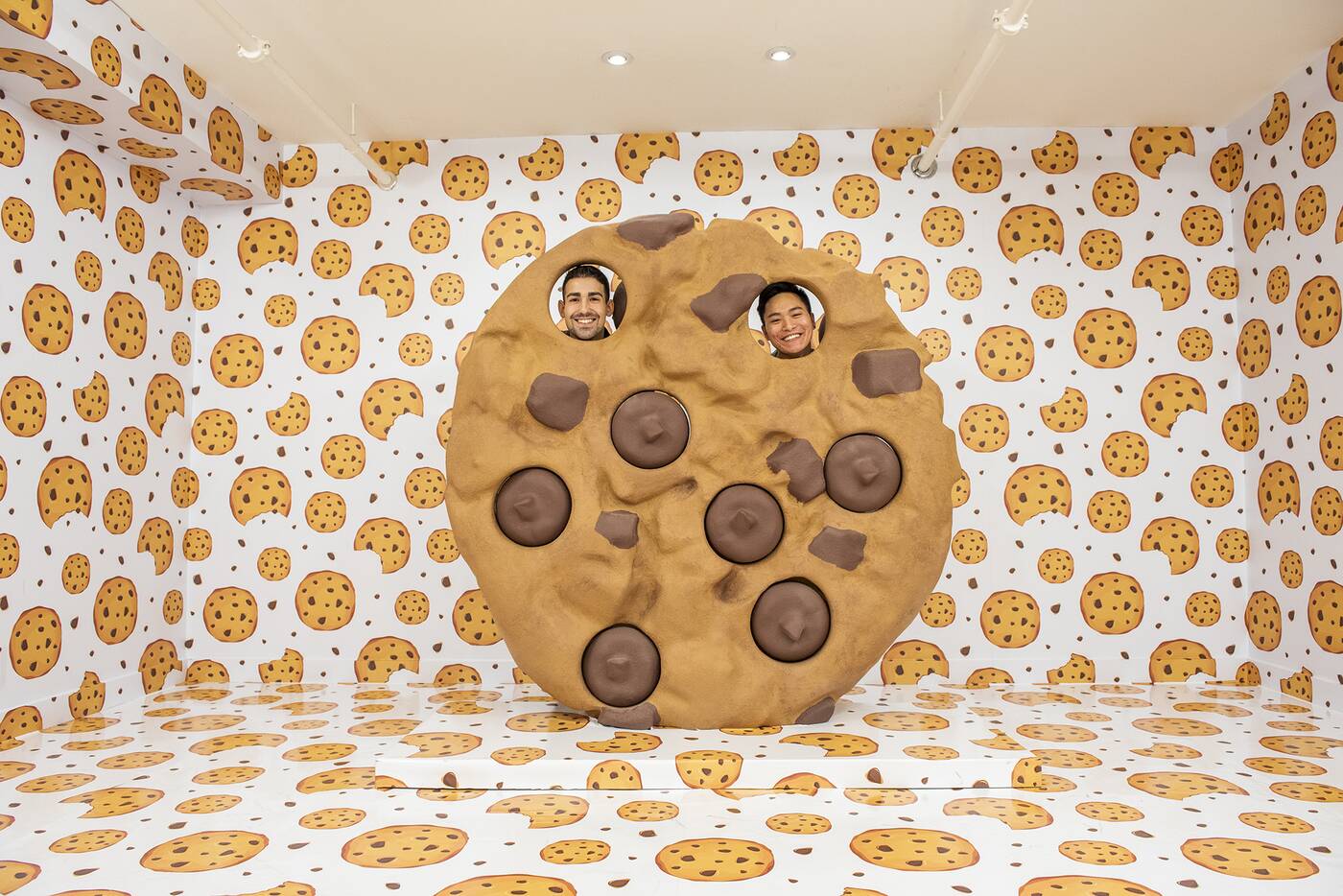 Unique to the Toronto exhibit is the cookie room, which features a giant cookie (they 3D scanned an actual regular-sized cookie to make it) and wallpaper that actually smells sweet if you sniff it up close. 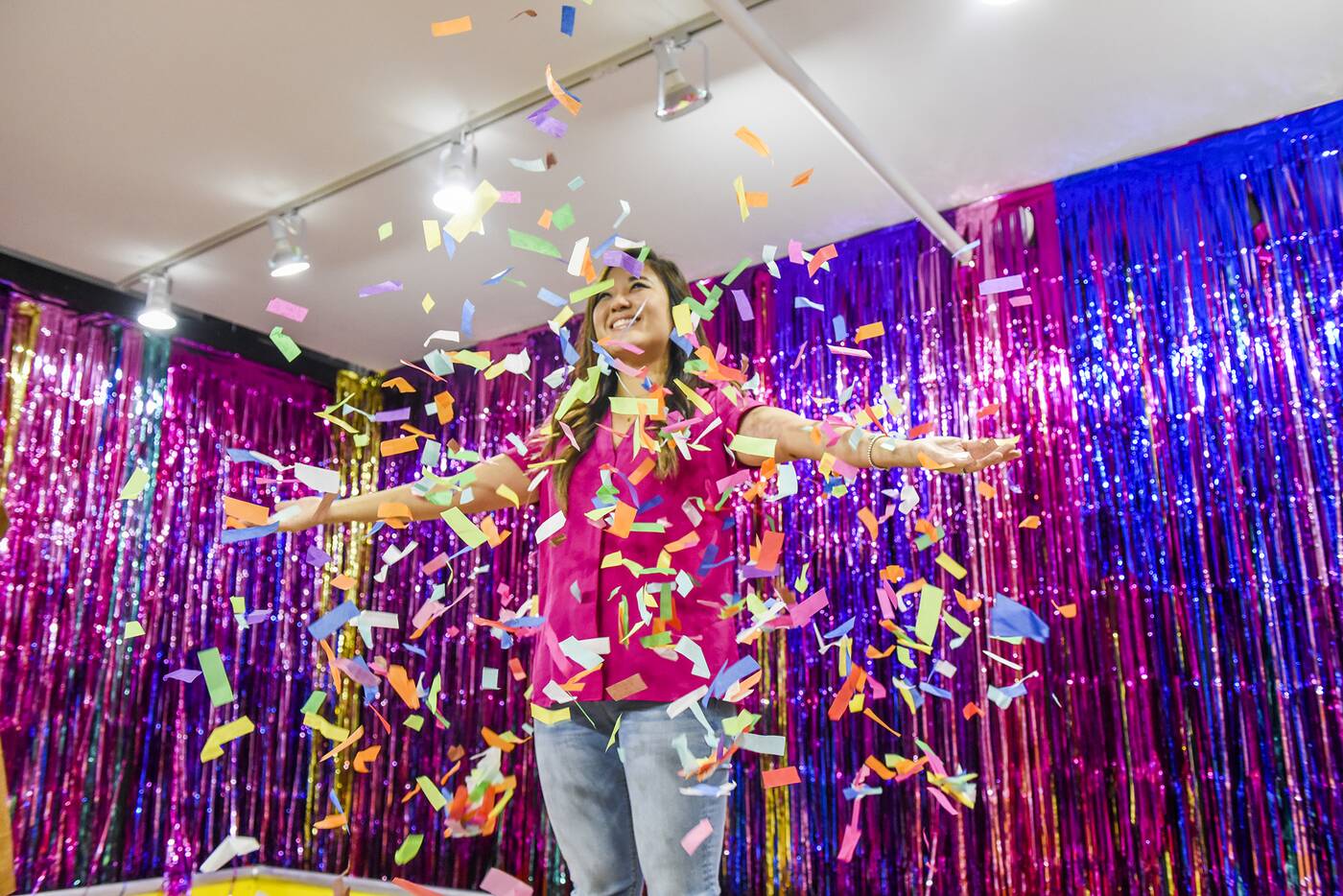 The confetti room lets you have your moment in the spotlight with some streamers, a platform, and wads of colourful paper to pick up and throw to your heart's delight. 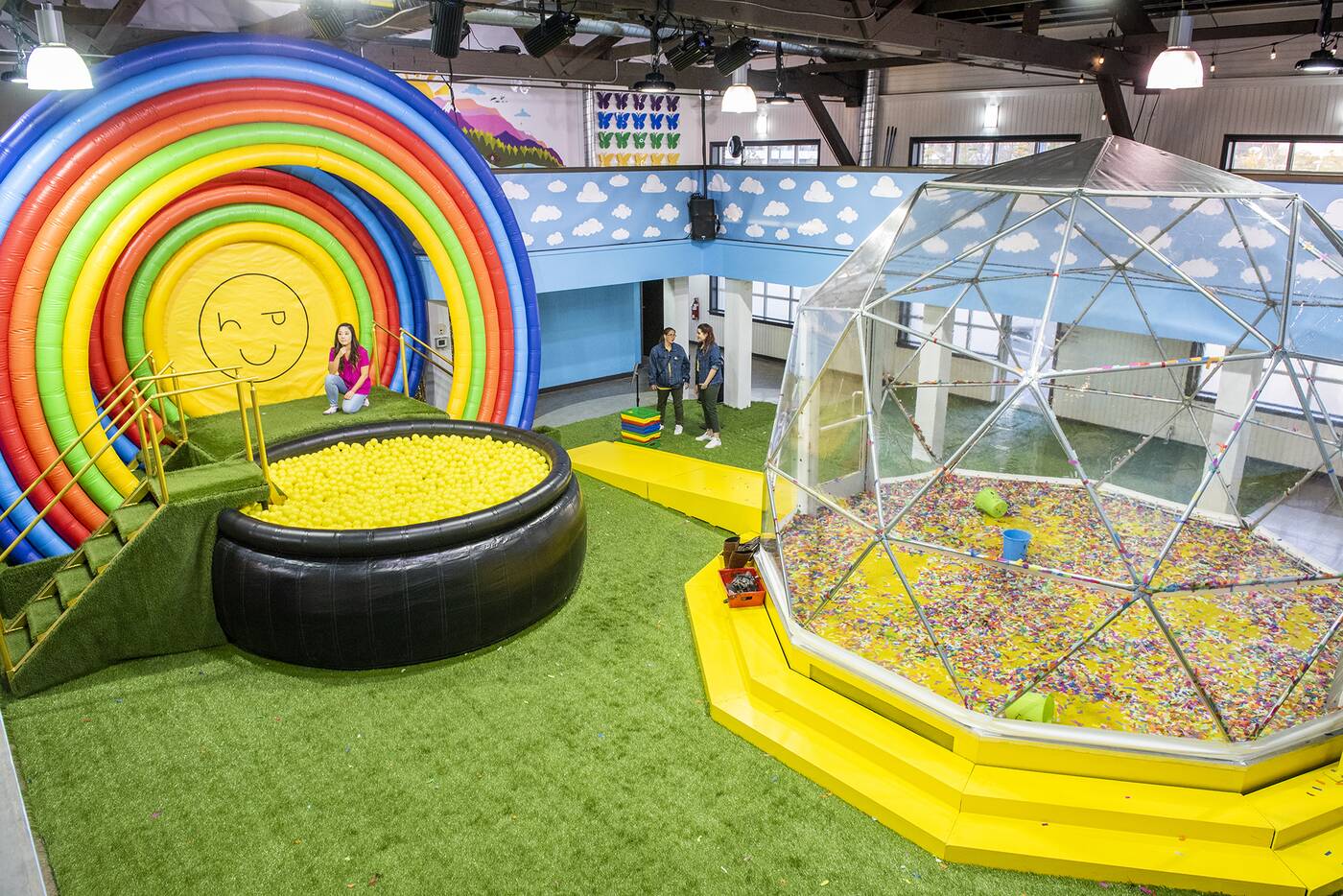 Past this area are the main attractions, where the endorphins will really get you going. 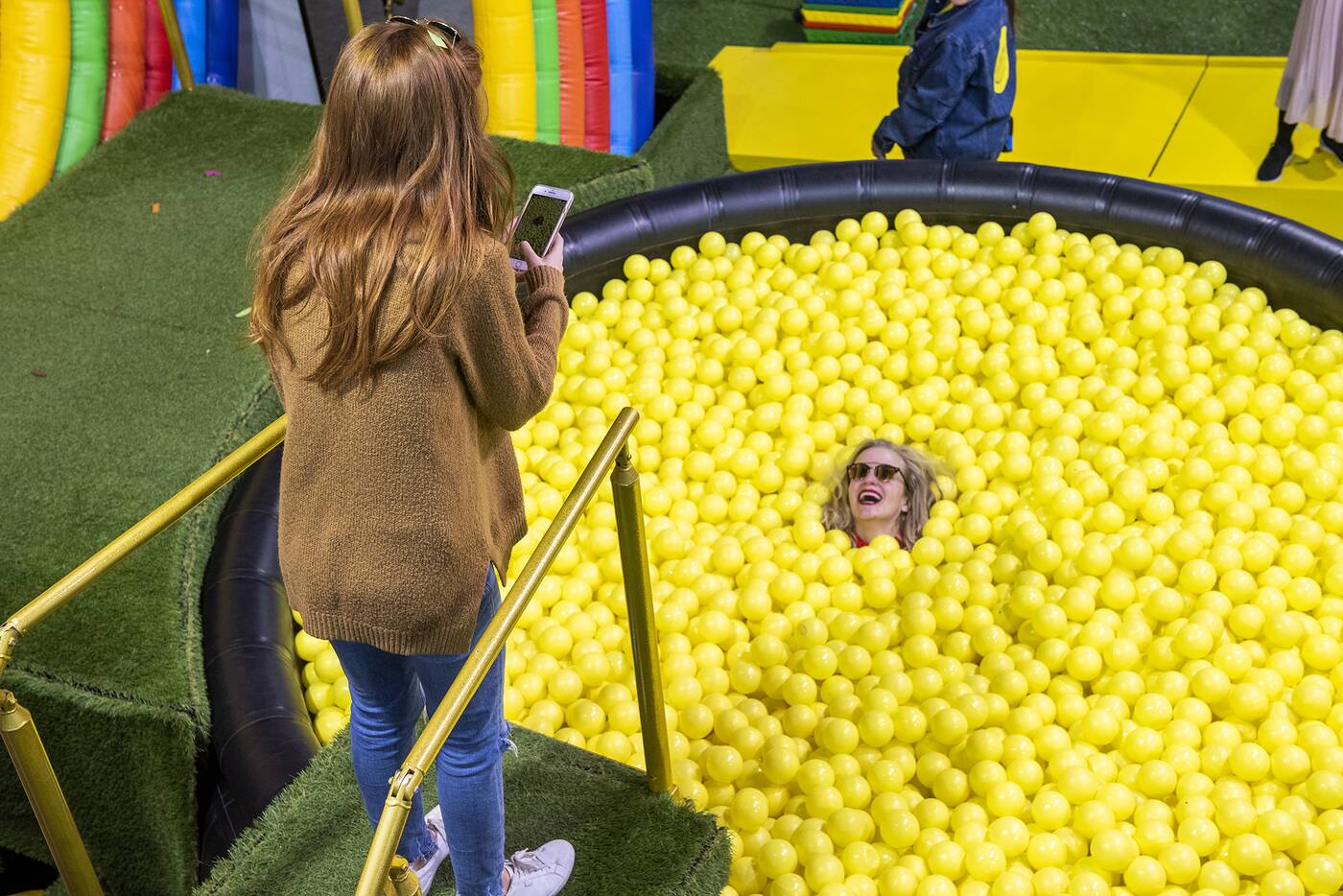 The adult-sized ball pit is the thing childhood dreams are made of, allowing you to jump off a six-metre tall double rainbow into a pit of pure happiness. 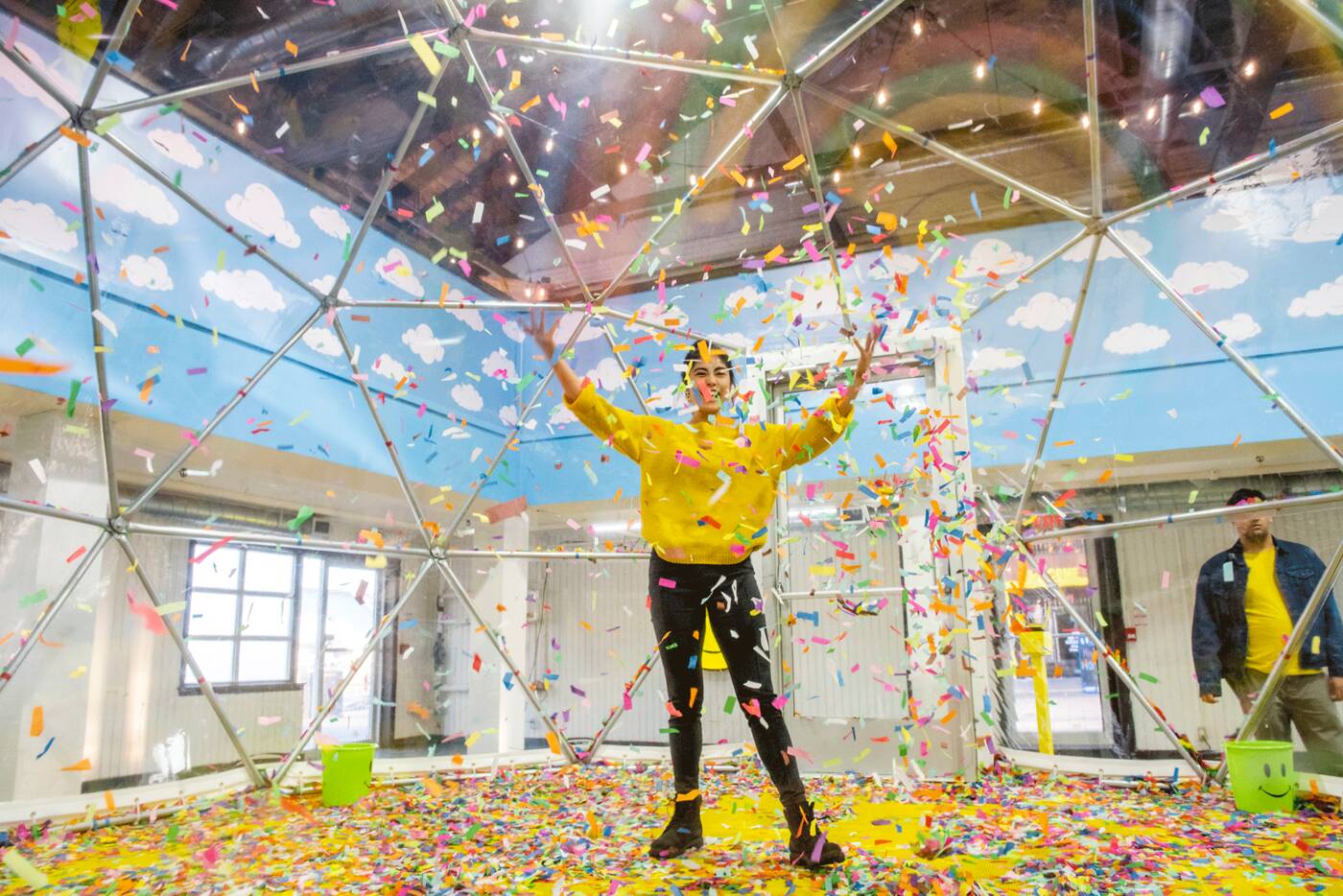 And the confetti dome is perhaps the most epic of all. Boasting itself as the largest in the world, the dome uses half a million pieces of colourful confetti, which will make for an incredible photo and also one of the best 60 seconds of your day. 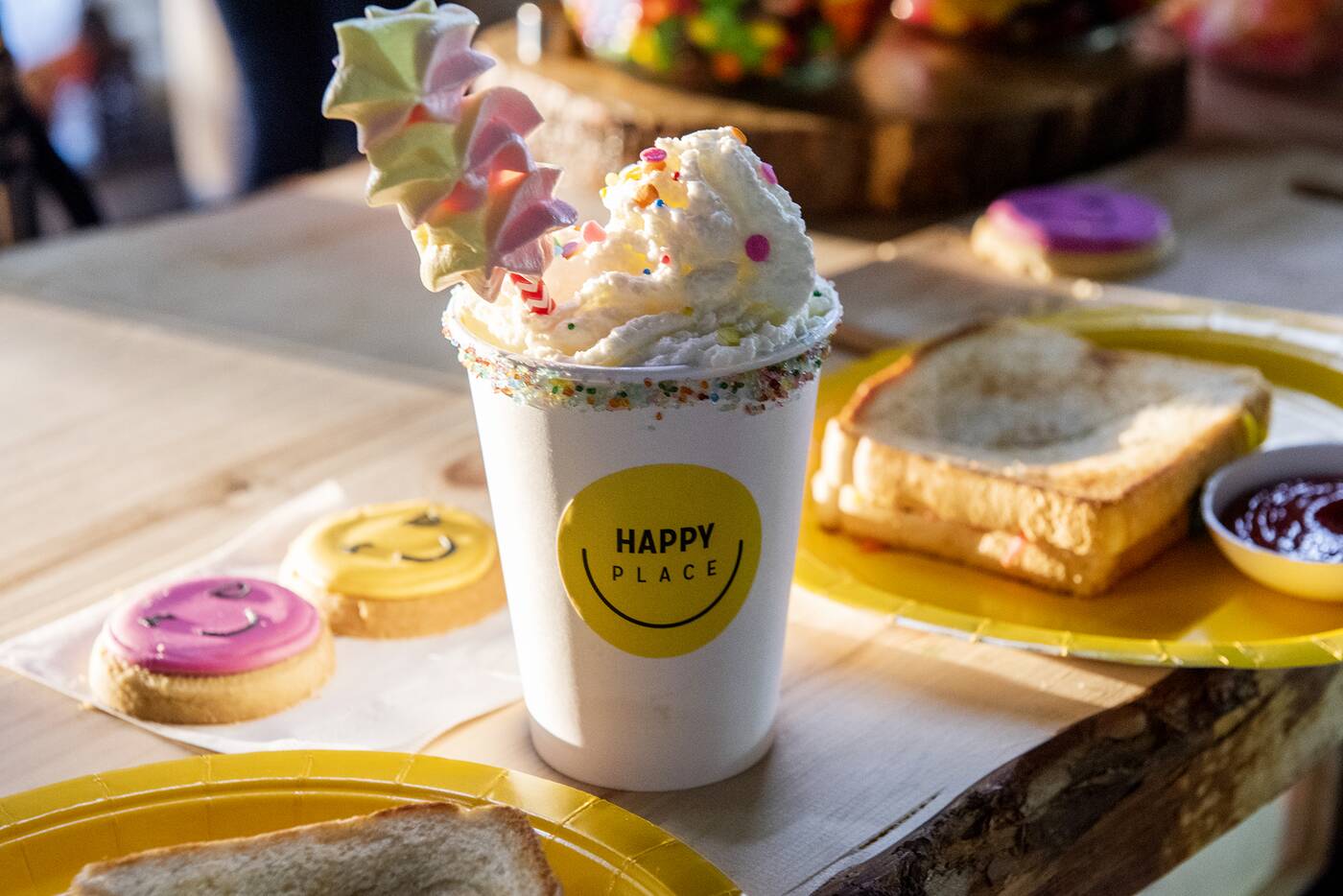 Just overhead on the second floor is where you'll find the food, made by local hospitality group Pegasus. The menu has everything from rainbow s'mores to pretzel bites, cookie sandwiches, and hot chocolate. 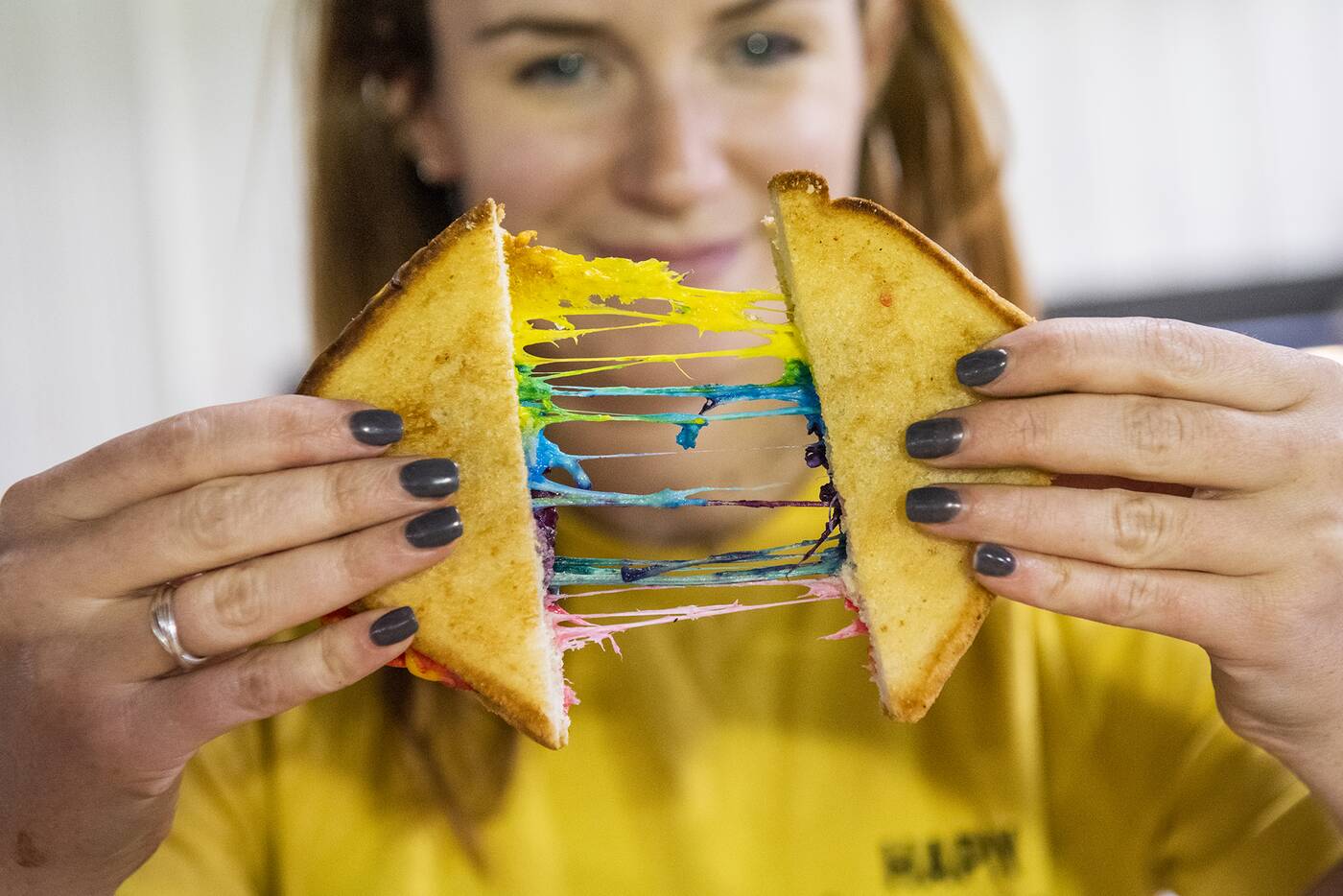 Obviously the most photogenic order is Happy Place's signature rainbow grilled cheese, which uses natural dyes with its mix of mozzarella and provolone. Apparently Toronto's version of the sammie has achieved the best cheese pull of them all—go T.O.

Near the Canadian mural and canoe, there's also a free lemonade stand, where you can learn about Happy Place's partnership with the York Region Arts Council. 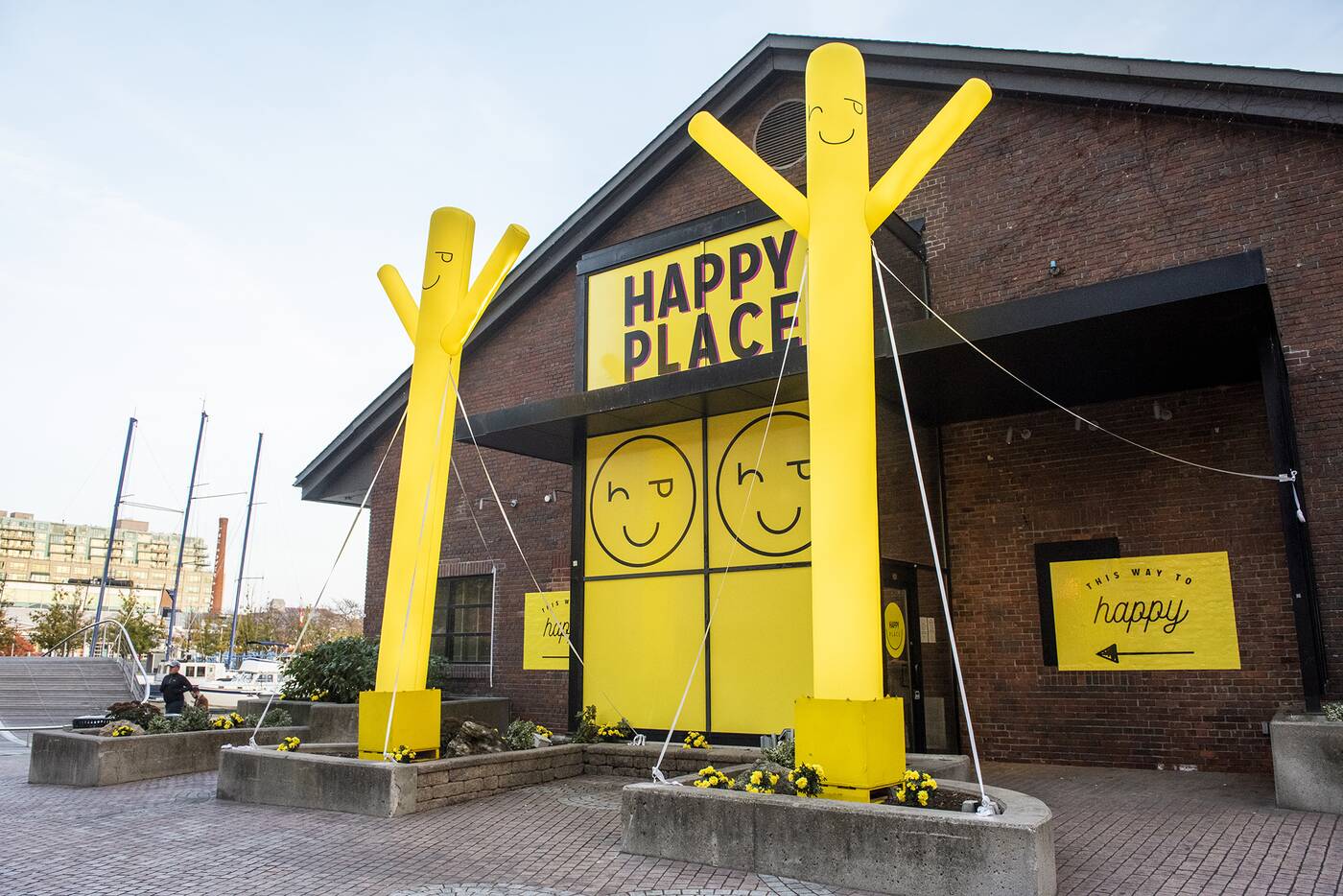 Ontario nurse fired after speaking at anti-lockdown rally in D.C.

This is when the lockdown in Ontario could end