Gerrard is now the place to be on Toronto's east side

Nestled between two historic ethnic enclaves on Toronto's east side, a small section of Gerrard East continues to emerge as one of the city's hottest destinations for laidback cocktails and comfort food.

The area between Logan and Jones occupies the northern border of Leslieville, jutting upward to sit between the slowly revitalizing East Chinatown neighbourhood in the west and the densely packed Little India to the east.

What's long been a sleepy, residential area has, in the last three years, seen some major upgrades. Catching up with the rest of Gerrard East between Coxwell and the DVP, vacant shops and the folding of old businesses have turned this little pocket into the newest place-t0-be. 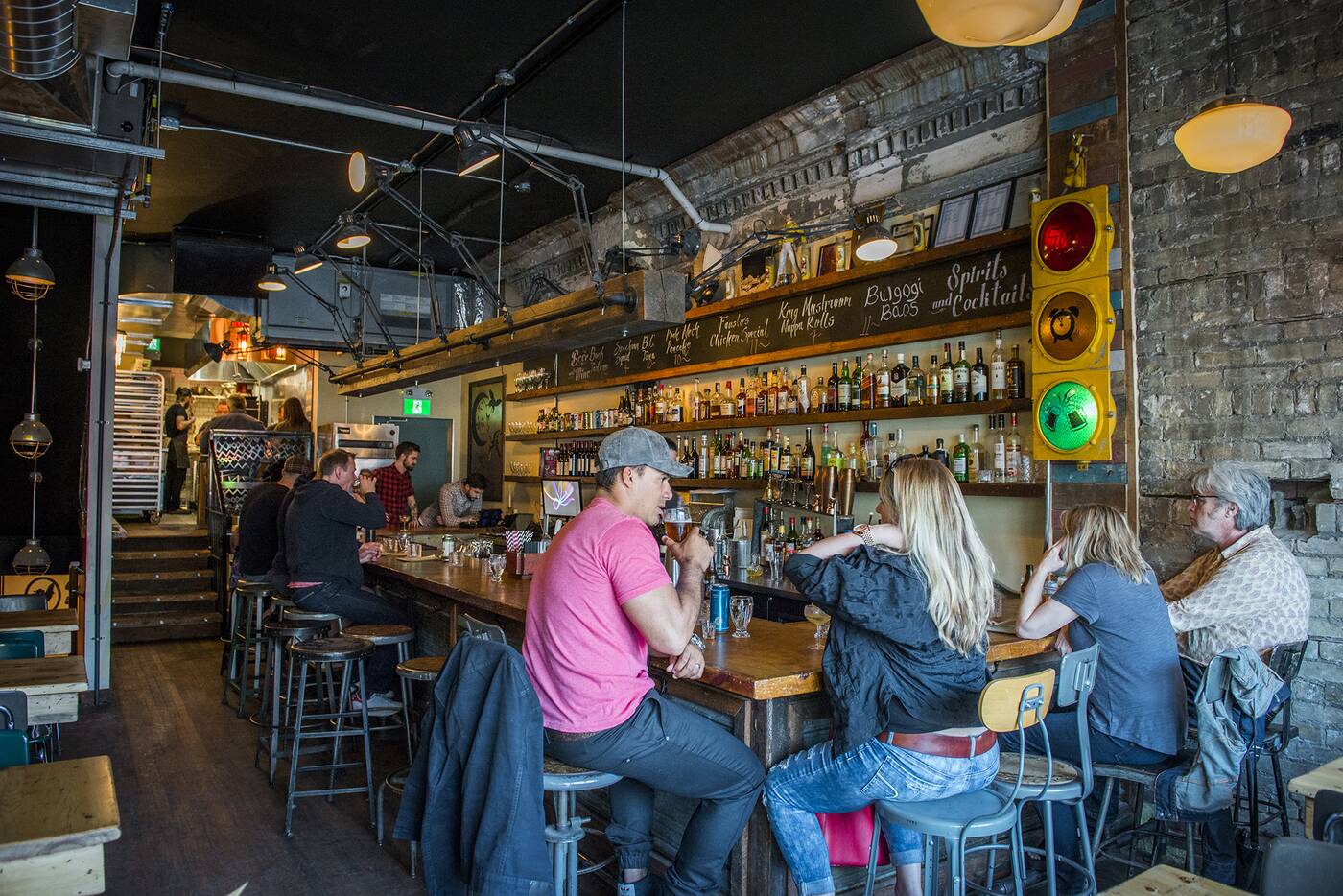 Pinkerton's Snack Bar was one of the first new businesses to pop up on Gerrard East in the last three years. Photo by Hector Vasquez.

There's no official name for it yet, but there is a hashtag: #Gerrones.

Like the coupling of your two fave celebs, Gerrones marries Gerrard and Jones streets together to form a moniker for the main intersection where many newer businesses have begun to congregate.

Coined by the team behind the snack bar Pinkerton's, which was one of the first young businesses to open up over two years ago, the hashtag has become a sort of digital hub where residents and businesses alike now gather to revel in a revived sense of community.

"Pre-Gerrones, there really wasn't much out there," says Marc Baglio, owner of Pinkerton's. "There was kind of as seediness to it that had a Brookyln in the 70s kind of vibe...now it's like a restaurant row." 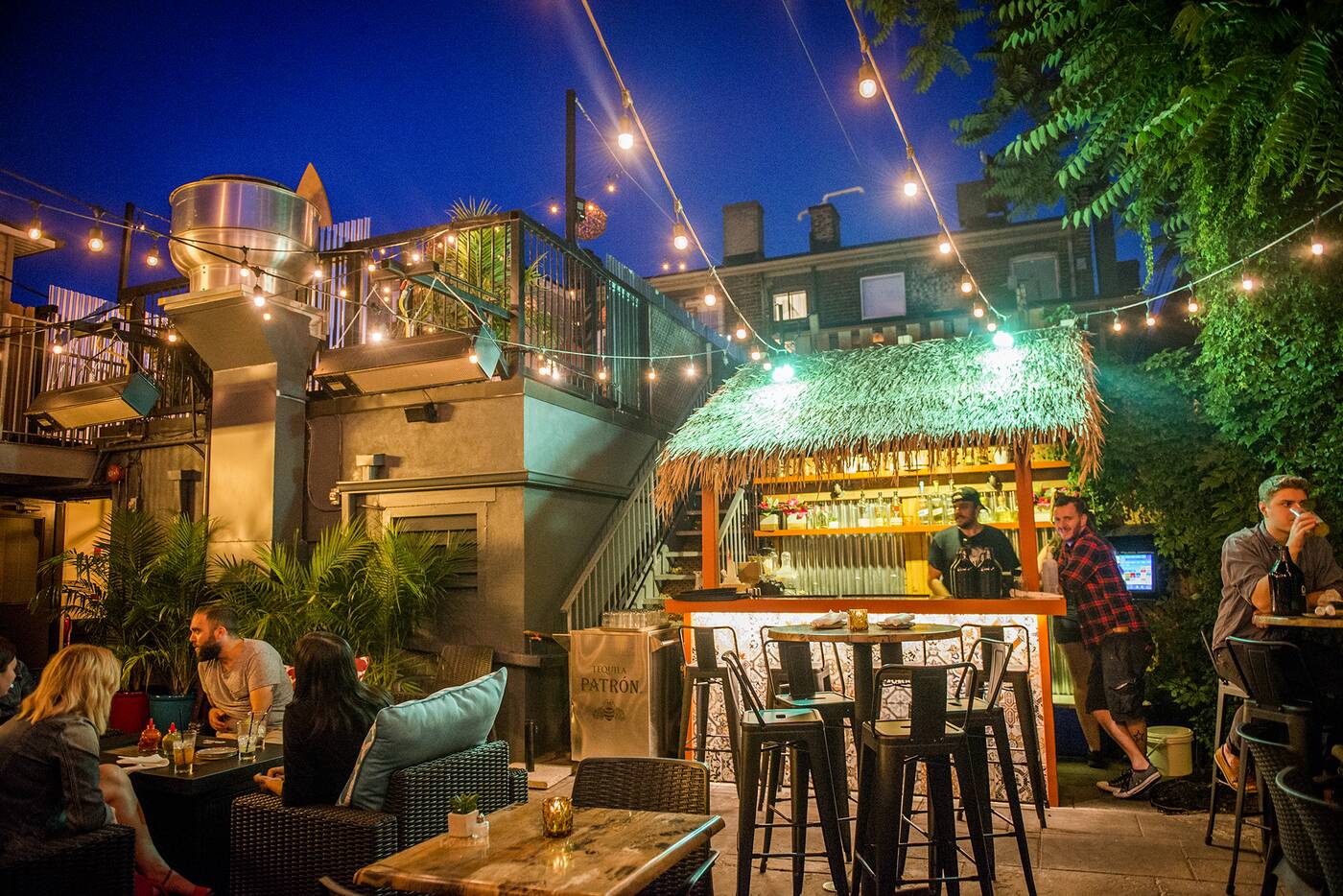 The patio at Chula Taberna Mexicana sits right at the intersection of #Gerrones. Photo by Hector Vasquez.

Chula Taberna Mexicana, Double D's, and Pollyana are just several of the newer businesses to pop up nearby in the last year, alongside the older Great Burger Kitchen and further west, Maple Leaf Tavern—considered by many as the restaurant to spark the Gerrones area evolution.

For Baglio, it was Gerrard East's cheap leases and general lack of competition that attracted him to the area. It's a newfound sense of east-end pride, however, that's led him to open a second project, Poor Romeo, across the street, and a third on the way: the Vatican Gift Shop.

"People are so cool, there's a mature crowd," says Baglio, who's since moved out to the neighbourhood himself. "If they don't perceive value, in the east side, they won't buy into it. They're savvy."

Set to open in late October, the Vatican Gift Shop will take over the back portion of two units at 1047 Gerrard East, which is just a stones throw away from both Pinkertons and Poor Romeo.

Tucked away behind a This Is London barbershop location and a storefront selling trinkets like religious candles, the secret cocktail bar will be the first of its kind in an area that, for years, has been pretty short on neighbourhood haunts.

And in true eastside pride, locals will also have access to beers from the newly formed Eastside Brewery Collective (like Godspeed and Left Field), and a food menu with staples like Neopolitan pizza. 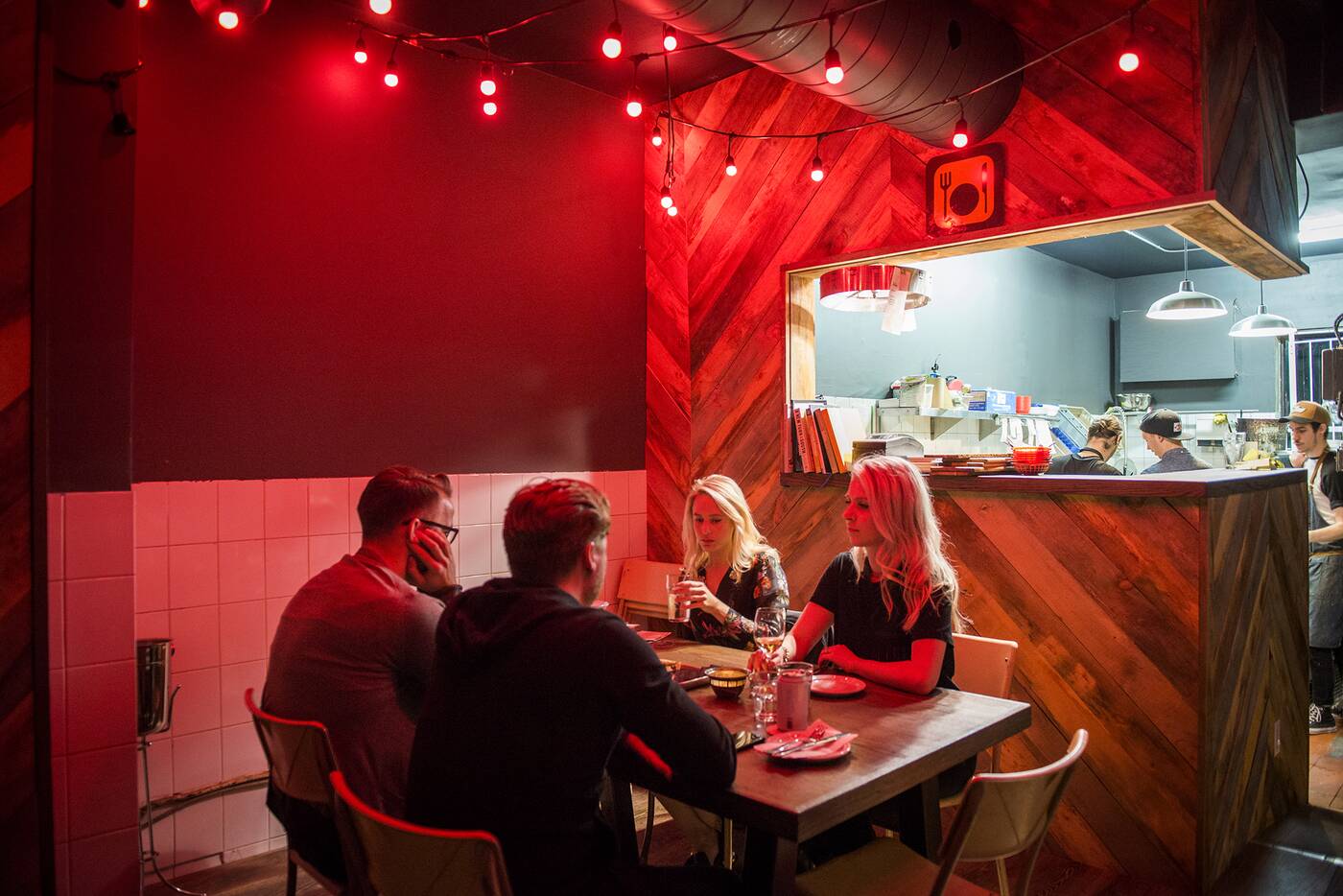 Poor Romeo, by the same people behind Pinkerton's, has more of a local dive bar vibe. Photo by Hector Vasquez.

"It's interesting how it’s developed," says head chef at Pinkerton's and co-owner of Poor Romeo, Andy Wilson, about Gerrard East.

The Asian markets where Wilson buys his ingredients for Pinkerton's still run the show in this part of town, he says. And Gerrard Square is still a major central hub here, where the power of Walmart and Home Depot will likely remain uncontested for years to come.

"While there's certainly signs of gentrification, there’s quite a nice bit of diversity in the restaurants," he says. "It's not insane over development to the point where it isn't a vibrant multicultural, mixed income [area]." 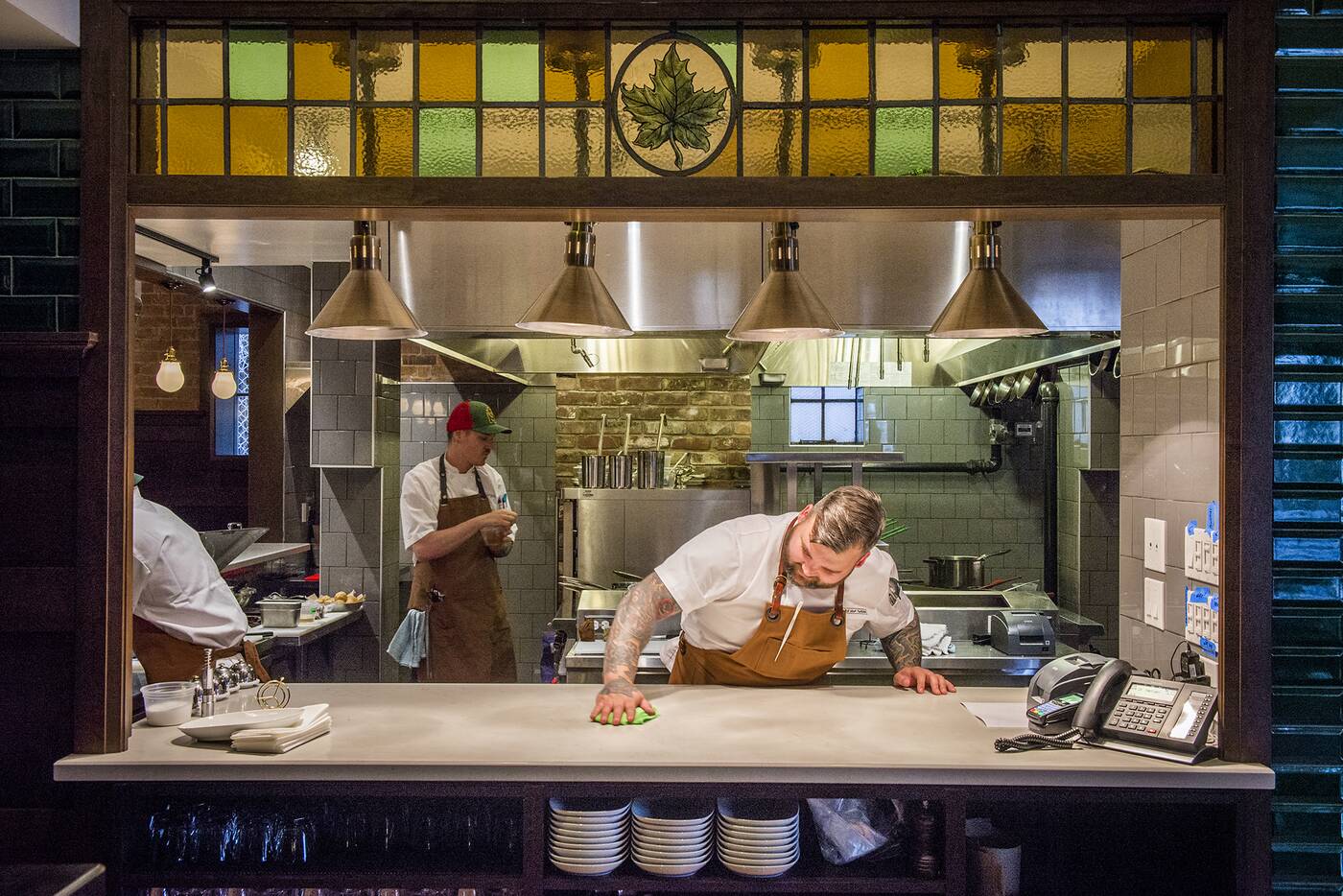 Kristin Rankin, owner of Fuss Hair, has lived in this section of Leslieville for ten years. She just recently moved her salon up two blocks to Gerrard after 10 years on Queen East, and says that the area is now the spot for entrepreneurs who want to stay ahead of the curve.

"Right now there's so much potential for anyone who has a really great idea for a businesses," says Rankin. "The amount of foot traffic here is incredible."

While Baglio and his team have claimed the 75-metre radius where Poor Romeo, Pinkteron's, and the soon-t0-come Vatican Gift Shop are, the neighbourhood hasn't filled out completely just yet—there's still a few empty storefronts waiting to get bought out.

As for the urban growing pains of old neighbourhoods being taken over to become overrun, overpriced streets like Ossington or Queen West, there's a good general sense that might not happen this time around.

"I don't think it'll ever get to Ossington status, and I don't think the neighbourhood would ever want that," says Baglio.

While the cost of rent will inevitably edge upwards, it's unlikely Gerrard East will take a page out of Toronto's west side book and allow the neighbourhood to become party central or condoville without a fight.