Little India used to have a problem with empty storefronts but spaces are slowly starting to fill up. And some even foresee the area getting even more popular once a highly anticipated new brewery moves in.

Gerrard Street East, between Greenwood and Coxwell, now has a new 24 hour gym, a popular pizzeria, a new art space and what might be the hottest new restaurant on Toronto's east side.

"A lot of the South Asian businesses and community moved out to Brampton, Mississauga," says Gulshan Allibhai, who owns the famous Lahore Tikka House, about the neighbourhood's evolution. 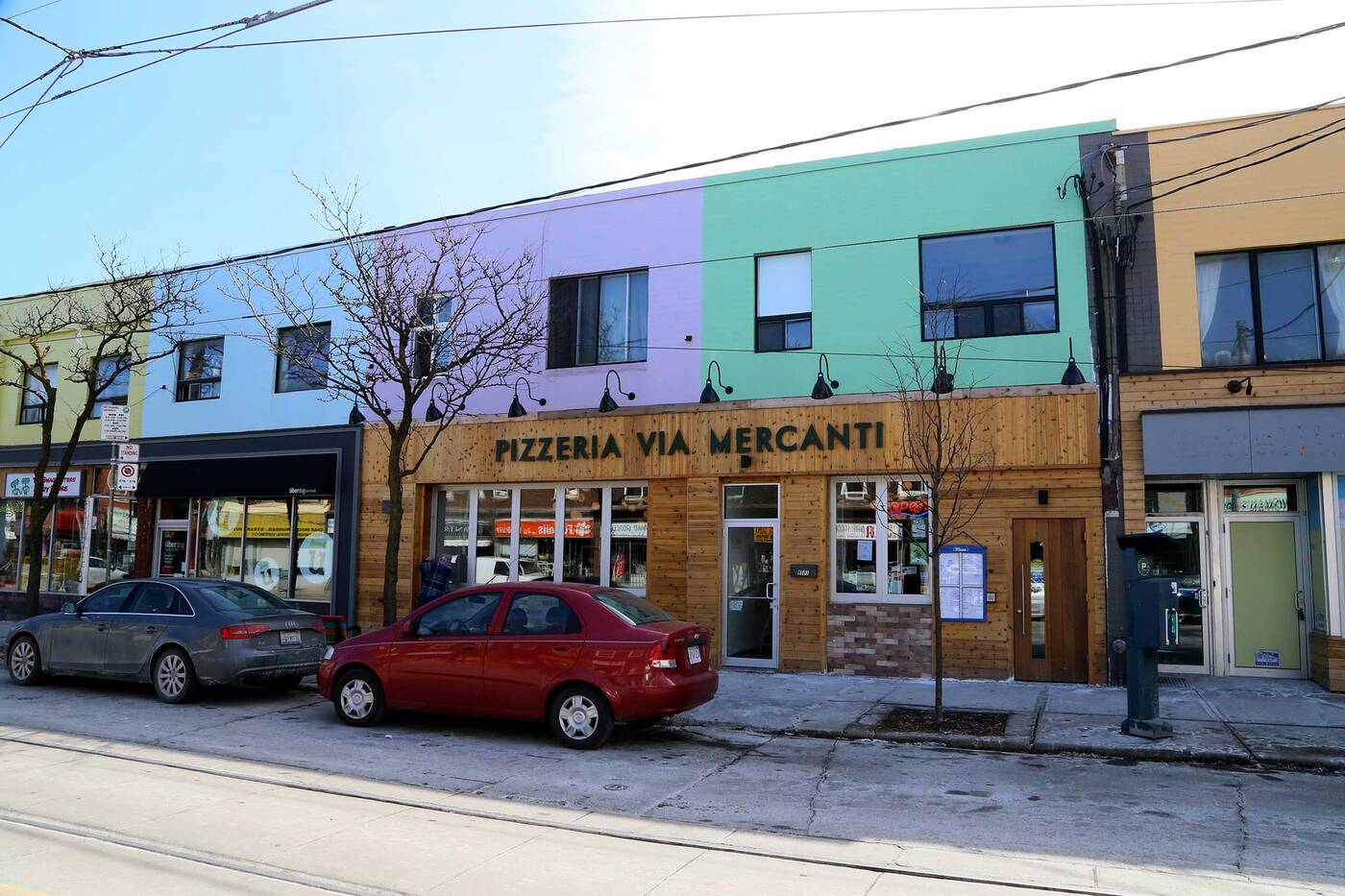 Pizzeria via Mercanti on Gerrard East

As the National Post previously wrote, the neighbourhood now has only a small percentage of residents of South Asian descent. A 2010 report from Ryerson argues that for years, there's been a discrepancy between the retail and residential make up of Little India.

Lazy Daisy's Cafe's Dawn Chapman has seen a lot of changes to the neighbourhood since she moved to the area 10 years ago. "There were no independent coffee shops at the time and I was desperate for a latte that I didn’t have to walk down to Queen Street for," she says.

She's slowly watched new businesses animate the empty storefronts and thinks this process benefits not only nearby residents, but also those across the city.

"It gives more people more reason to come out to the high street and shop on a daily basis as opposed to that special journey," she says.

That's something Chand Kapoor, chair of the Gerrard India Bazaar Business Improvement Area, agrees with too. The BIA has helped spearhead a $120,000 streetscape improvement initiative to beautify the area.

The neighbourhood hosts highly popular events that celebrate its heritage, such as the TD Festival of South Asia, but on a day-to-day basis, Kapoor thinks it's all about maintaining a balance in the area to both respect its history and maintain its vibrancy as a community.

"We want more people in the bazaar, so this has always been our focus; that we should be attracting more people," he says. 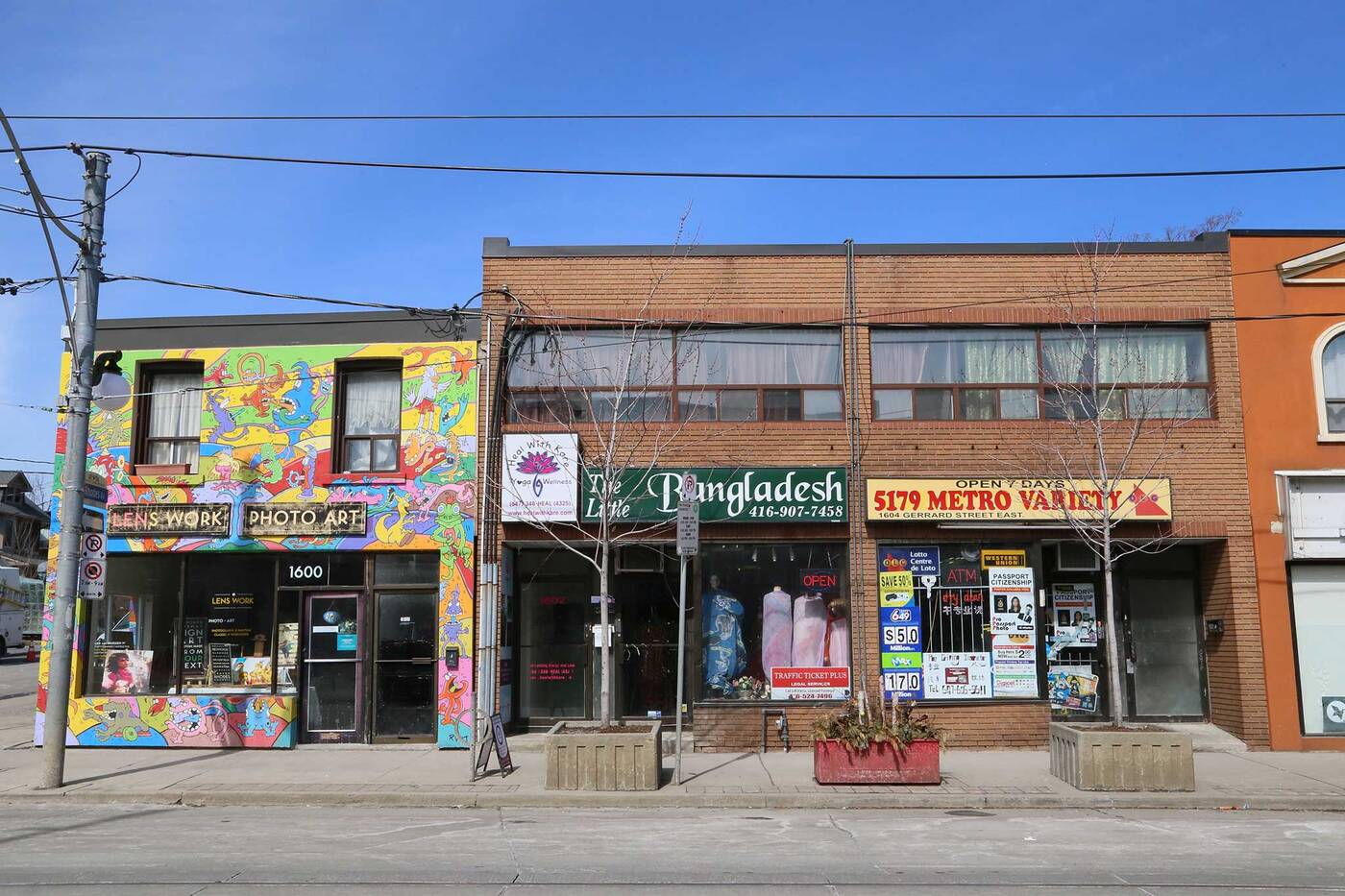 Of course, there are concerns about skyrocketing real estate prices and gentrification, especially now that Godspeed Brewery, from former Dieu du Ciel brewer Luc "Bim" Lafontaine, is under construction on Coxwell just south of Gerrard.

In regards to the surrounding residential community, says realtor Scott Hanton tells me via email about Little India,"It's not uncommon to see property values increase by $100,000 each year. This sort of price increase obviously attracts many buyers. But the days of 'getting a deal' are long gone in the area."

Zac Schwartz, a co-owner at Lake Inez, doesn't see the area becoming the next Ossington or even Parkdale, largely because it hasn't been a cheap place to live for a long time now.

He has mixed feeling about being one of the harbingers of change in the area, but ultimately realizes he and his team are filling a market gap for those who live nearby; Little India doesn't have many bars or late-night watering holes.

He thinks it's an honour Lafontaine chose Gerrard and Coxwell for his brewery, but doesn't think it'll fundamentally alter anything, other than putting even more foot traffic on Gerrard .