How a Toronto neighbourhood became known as Little Tibet

Little Tibet is an enclave of Parkdale that is home to the largest concentration of Tibetans outside of Asia.

With a main drag running along Queen Street from around Dunn Ave. to just west of Sorauren Ave., Toronto's non-Tibetan citizenry know this area as one of the only places in the city to find traditional cuisine like momos and thenthuk noodles. 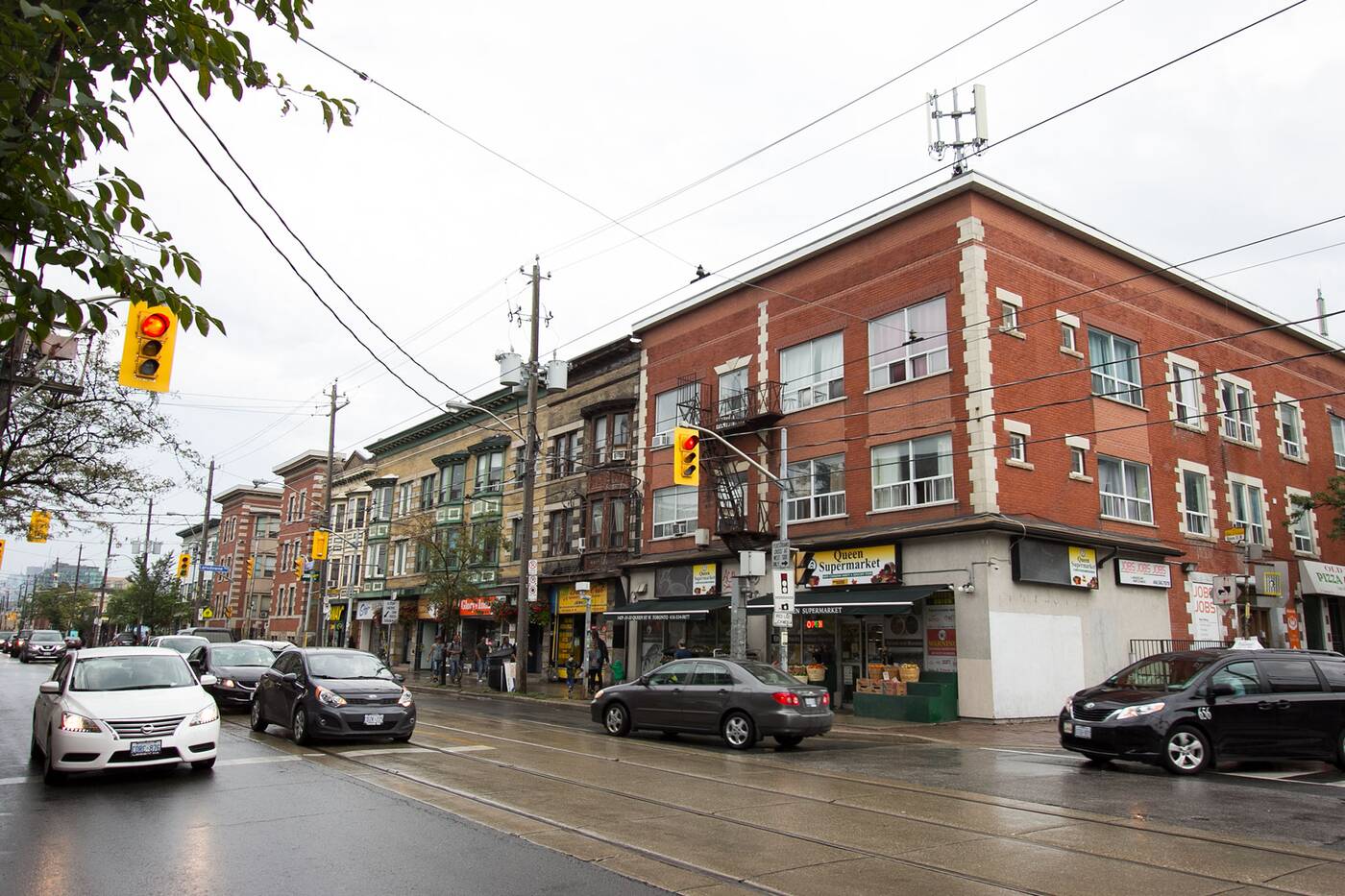 Little Tibet is an ethnic enclave that is home to the largest Tibetan diaspora outside of Asia.

But for the tightly-knit community that lives in Little Tibet proper (which encompasses the residential area between Queen, the Gardiner, and Atlantic Ave.) this busy neighbourhood is more than just a place for Tibetans to set up shop. 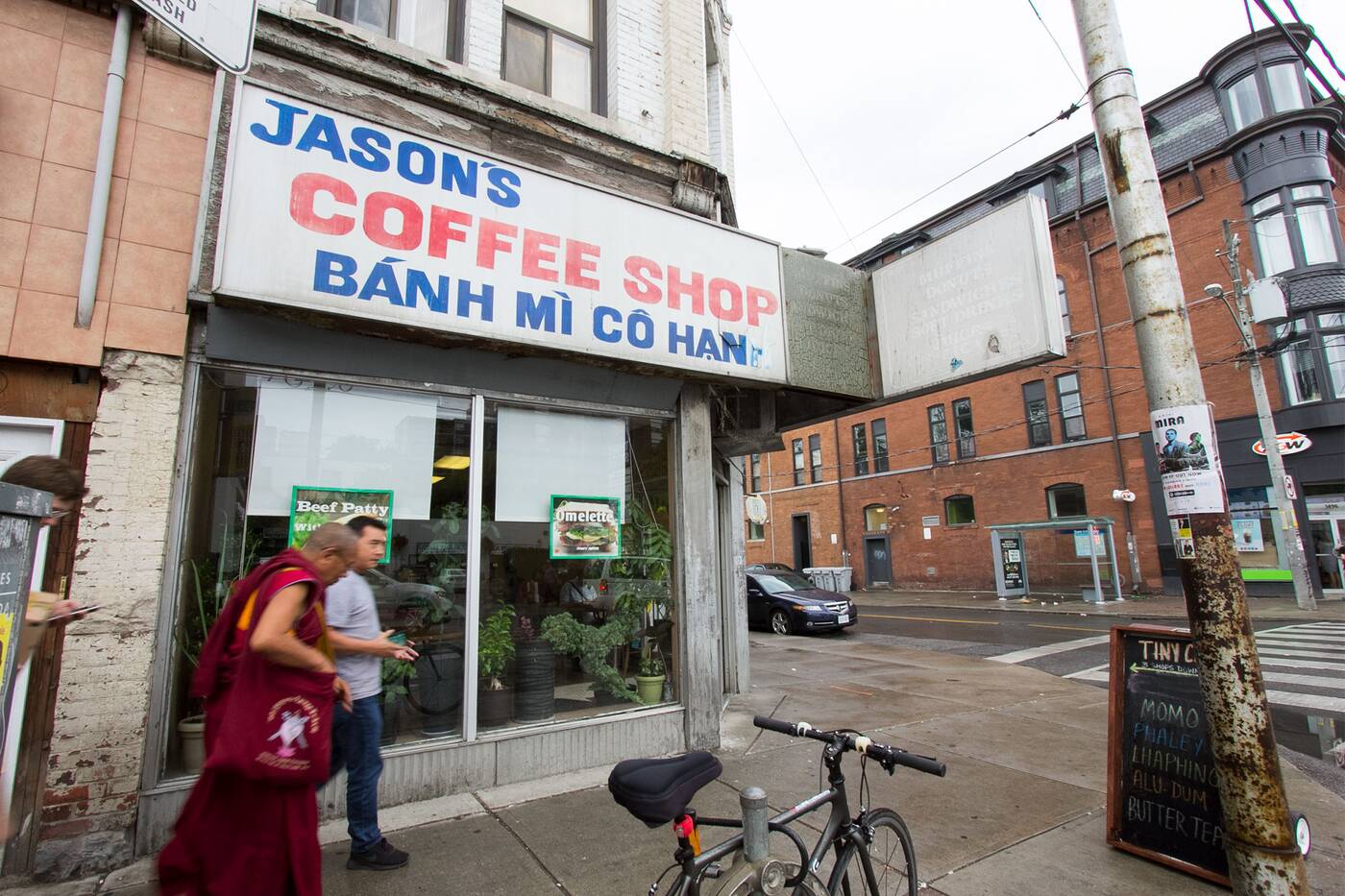 Jason's Coffee Shop has been a social hub in the community for many years.

Known as 'the gateway' to Canada, Parkdale and its historically affordable housing have long been viewed as ideal landing ground for those fleeing Chinese-occupied Tibet (though slow-burning friction escalating between developers and residents is changing that.) 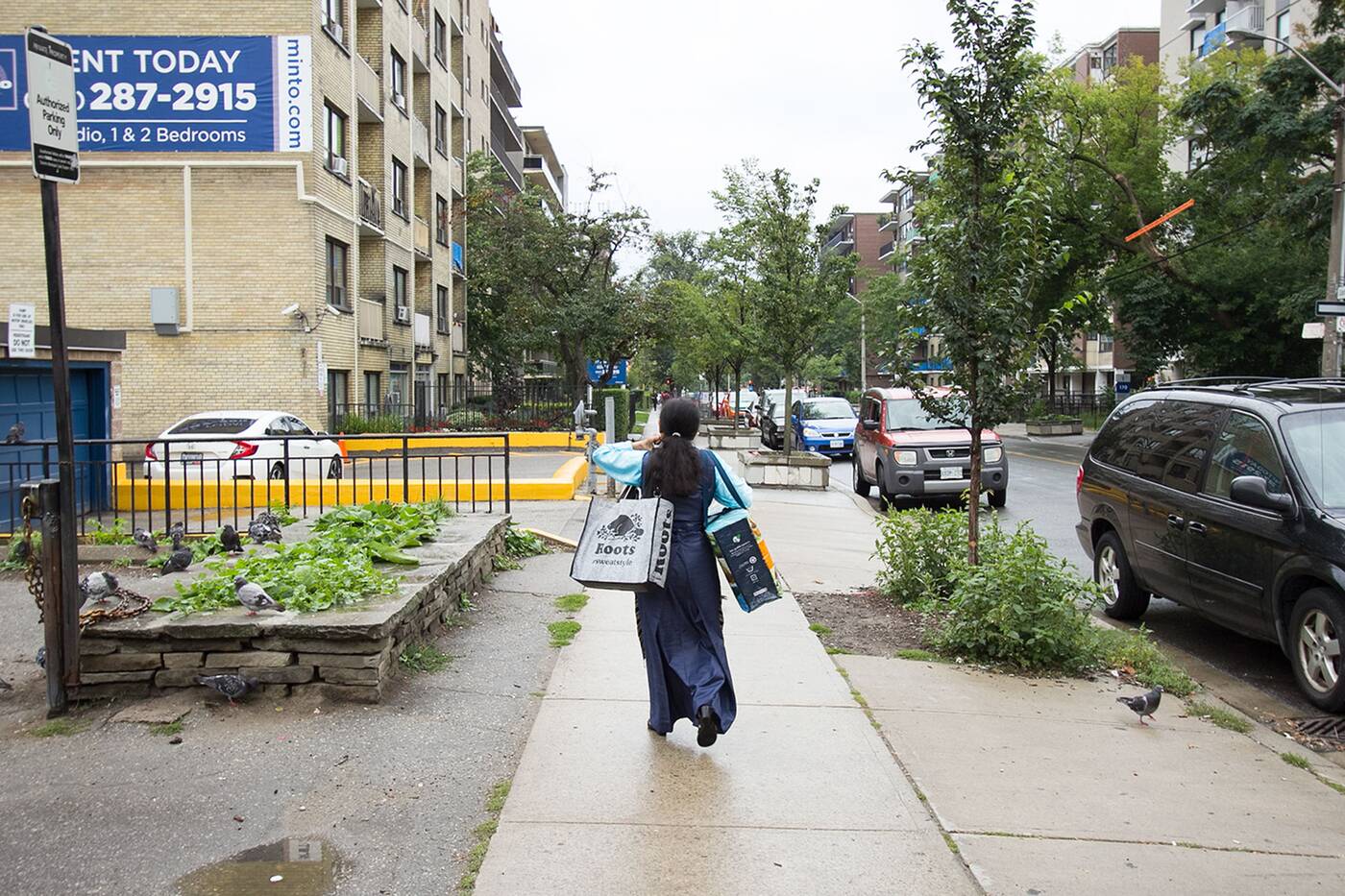 Tibetan culture defines this strip of Queen between Dunn and Sorauren Ave.

Here, exiled Tibetans can express their culture without fear of persecution. Women wearing traditional chupas walk along Jameson, and pictures of His Holiness hang freely in shops like Mandala Bakery, an action which warrants life imprisonment or death in Tibet today. 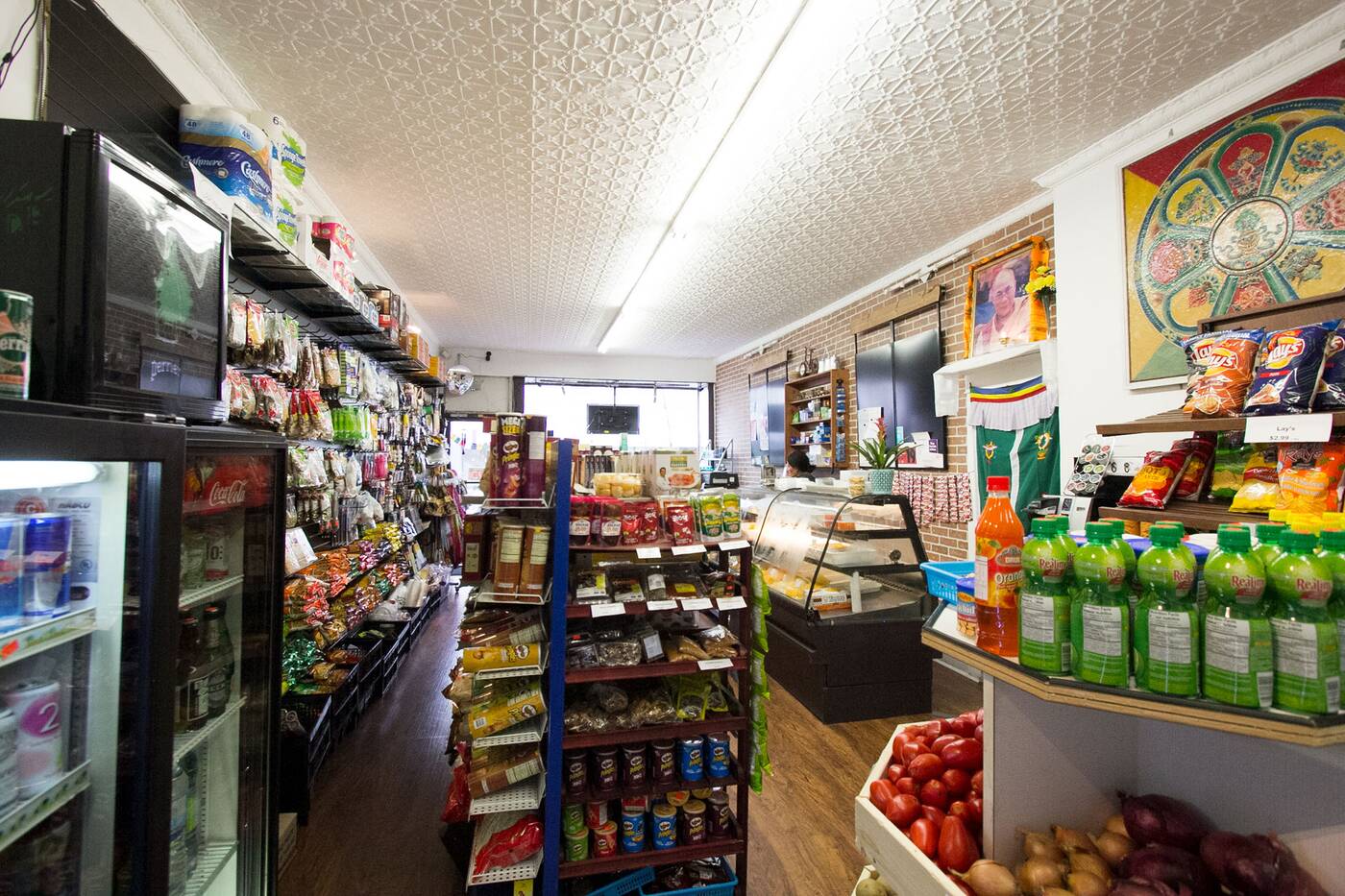 The owners of Mandala Bakery are free to hang a photo of the Dalai Lama in their shop.

Even during off-hours, restaurants like Tsampa Cafe and Himalayan Kitchen are usually buzzing with locals speaking a mix of Hindi, Nepali, or Tibetan, while elders walk the streets with bags of frozen momos in hand. 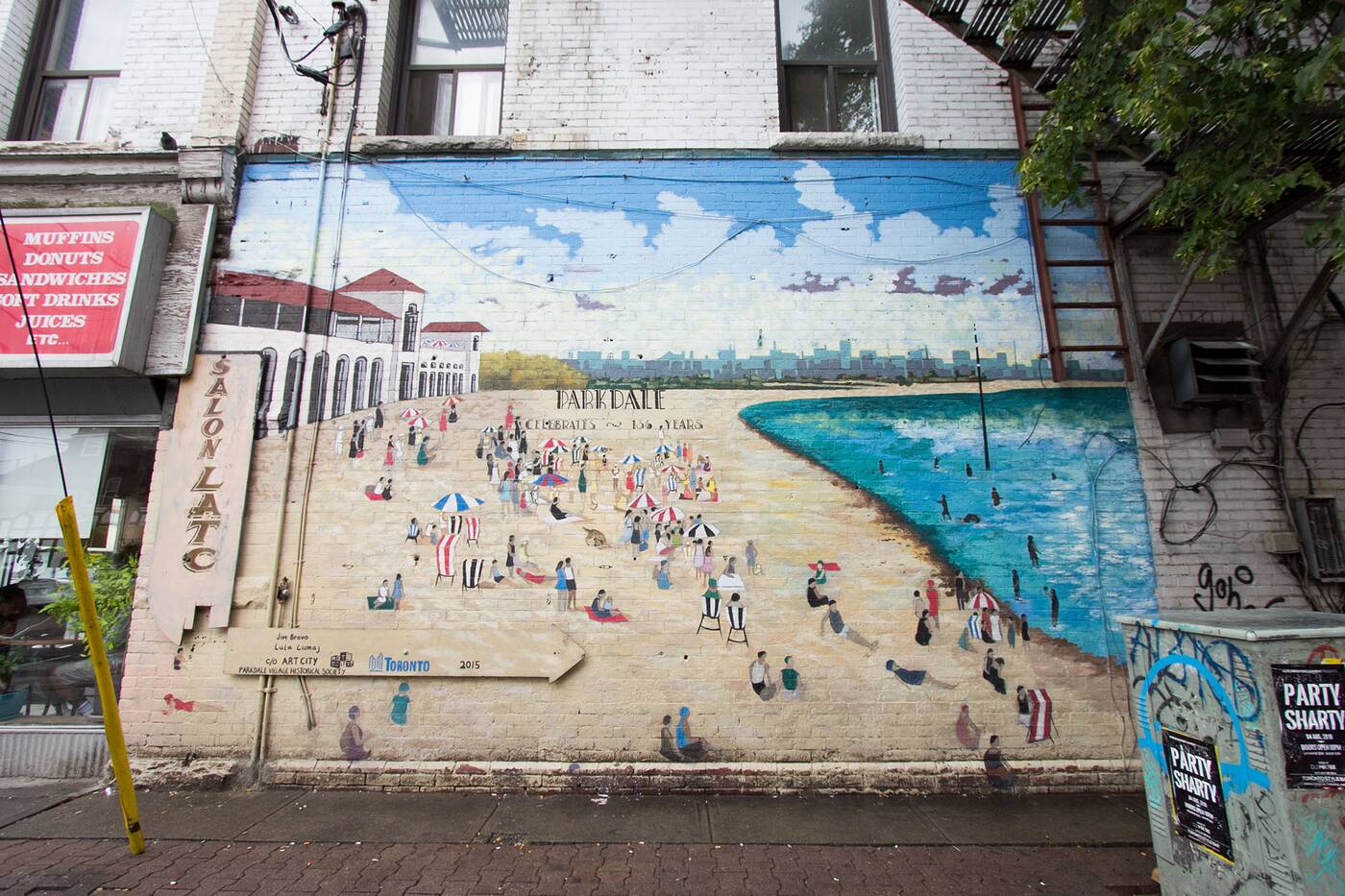 The Parkdale community has long been known as an affordable landing area for immigrants.

Considered the last leg of a diasporic journey whose stops often include India and Nepal, it's been decades since the first Tibetans resettled in Canada in 1971 under the Tibetan Refugee Program, with more than 8,000 Tibetans living in Toronto today. 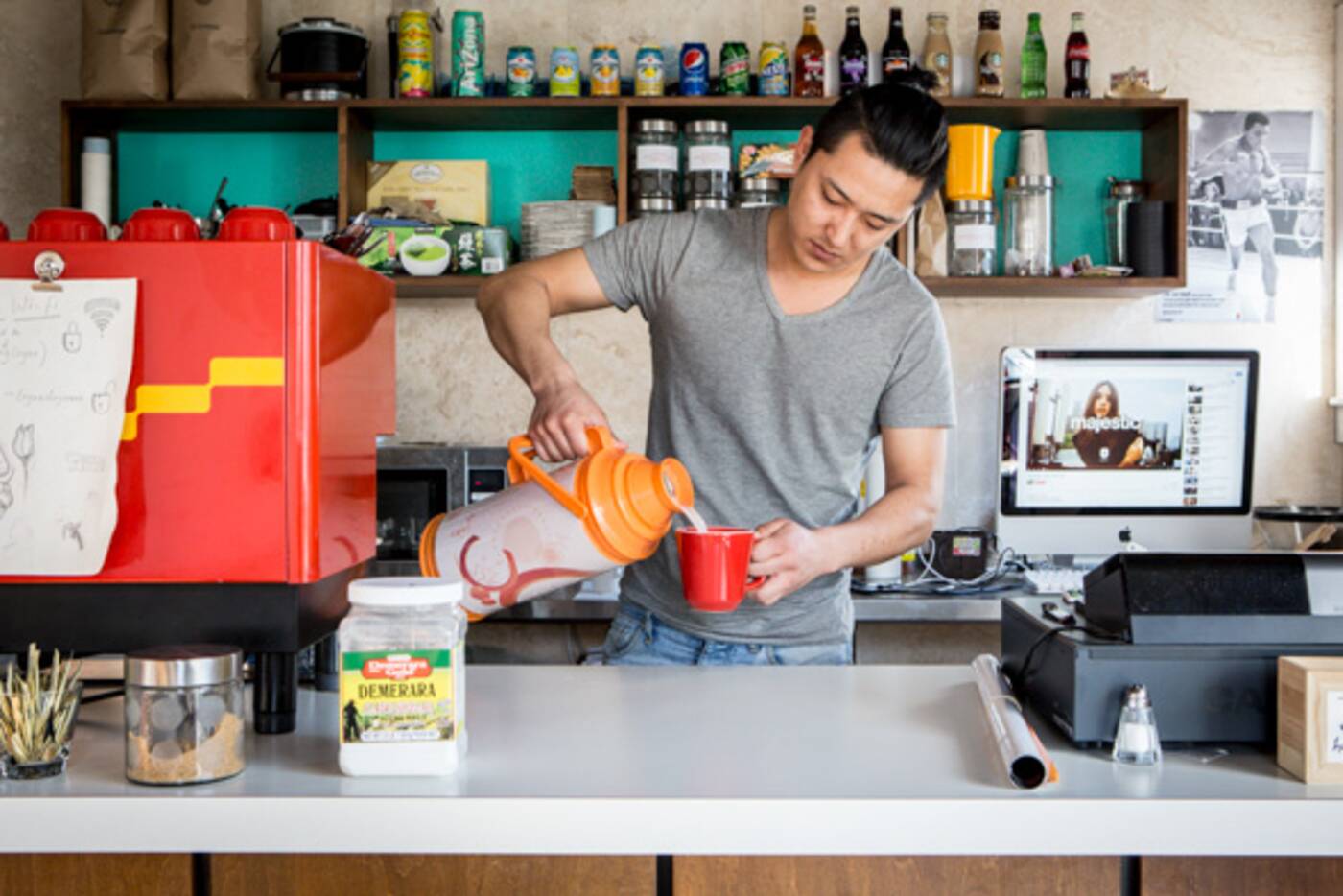 Loga's Corner is one of over ten businesses serving traditional Tibetan cuisine. Photo by Jesse Milns.

Since those early years, Tibetan culture has grown to define this small strip of Queen St. in the form of, most notably, a slew of delicious restaurants like Loga's Corner and Norling, but also by way activism, and sometimes both combined. 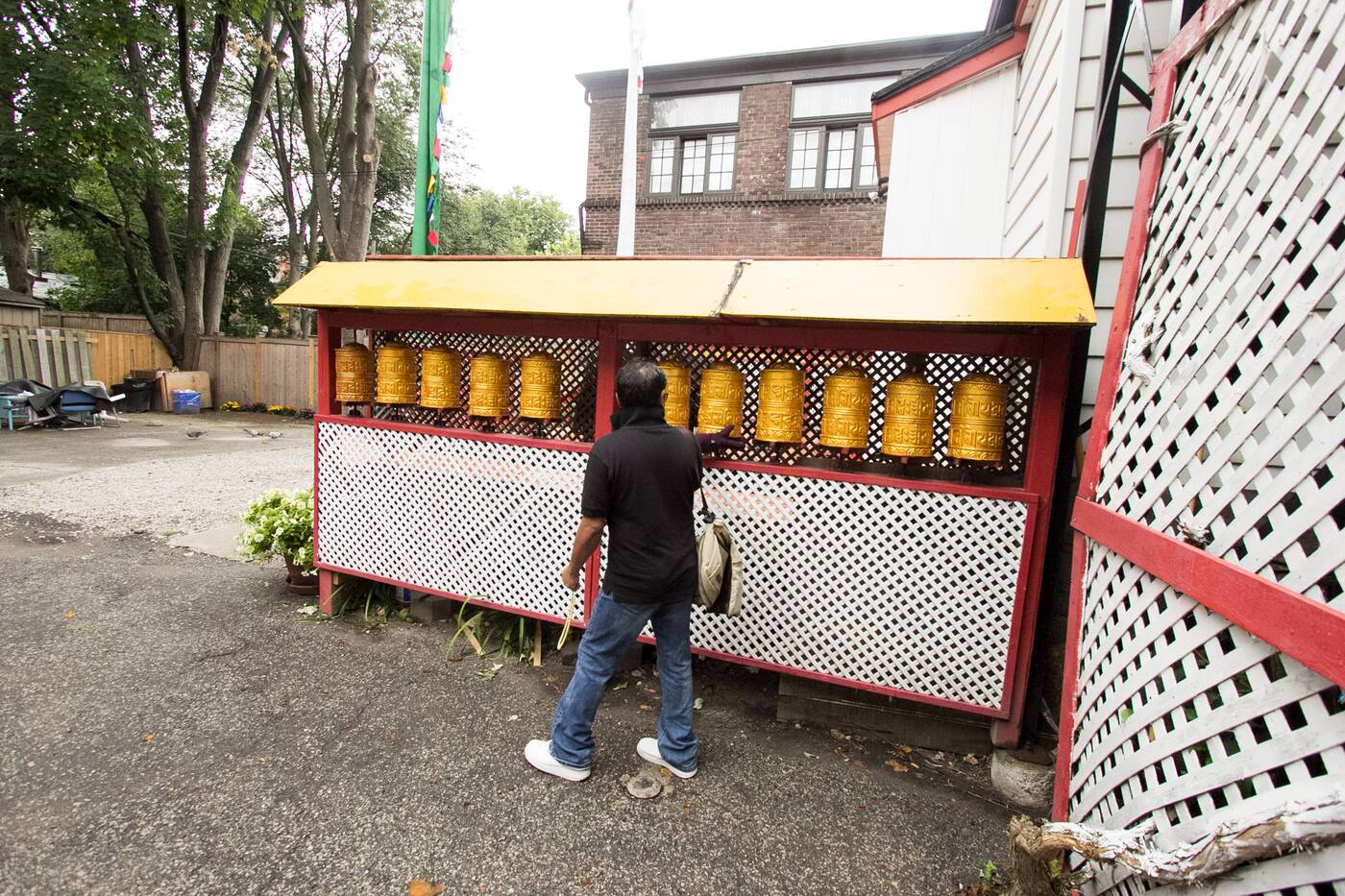 Grassroots-level civic engagement here is pretty much unmatched in any other parts of the city, led by a highly politicized Tibetan youth who, unlike older generations, are equipped with English and the social services that Toronto has to offer. 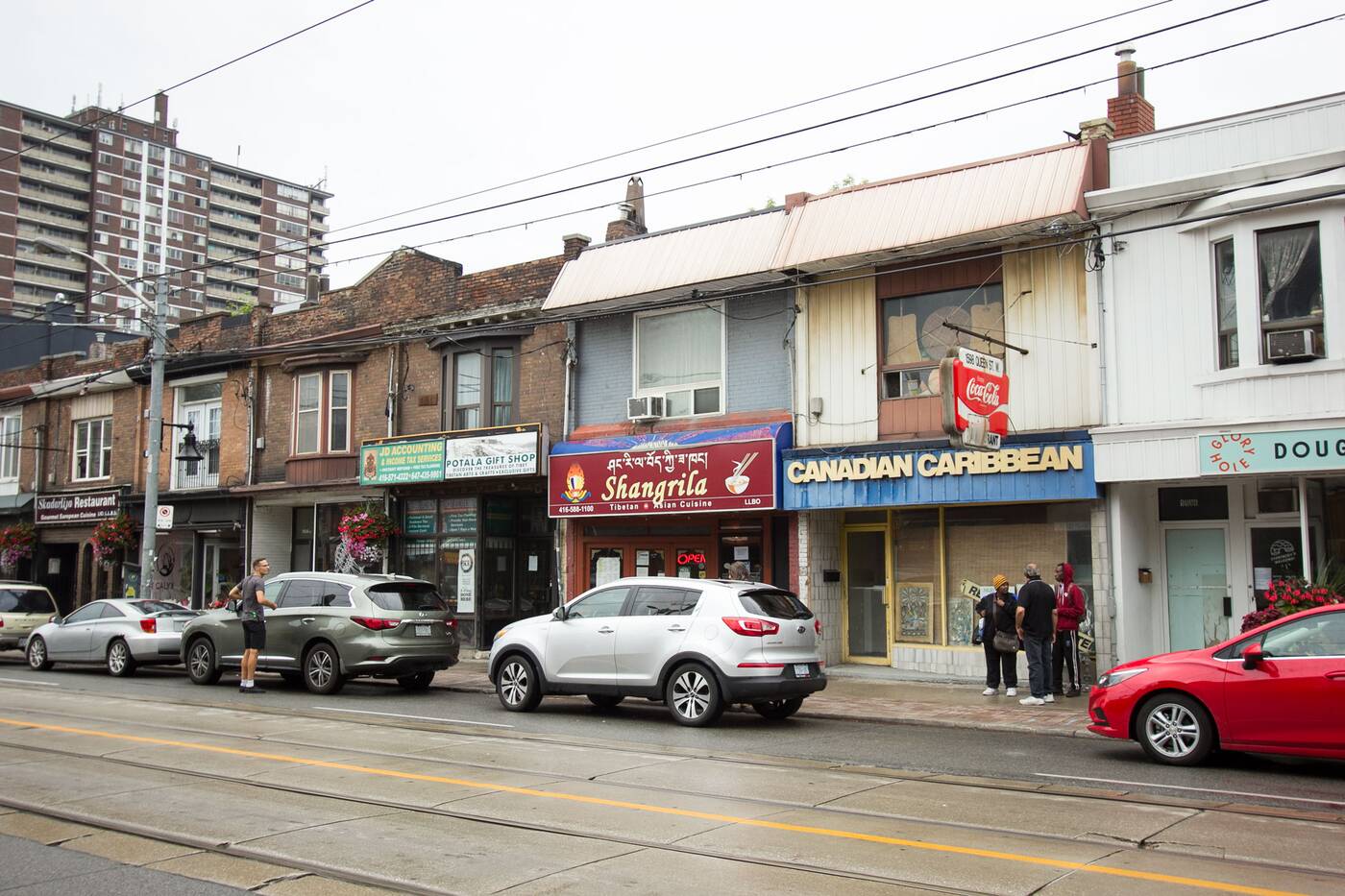 Borne of that movement are people like Parkdale-native Bhutila Karpoche, who represents the Parkdale-High Park riding and is the first Tibetan to ever be elected into office in North America. 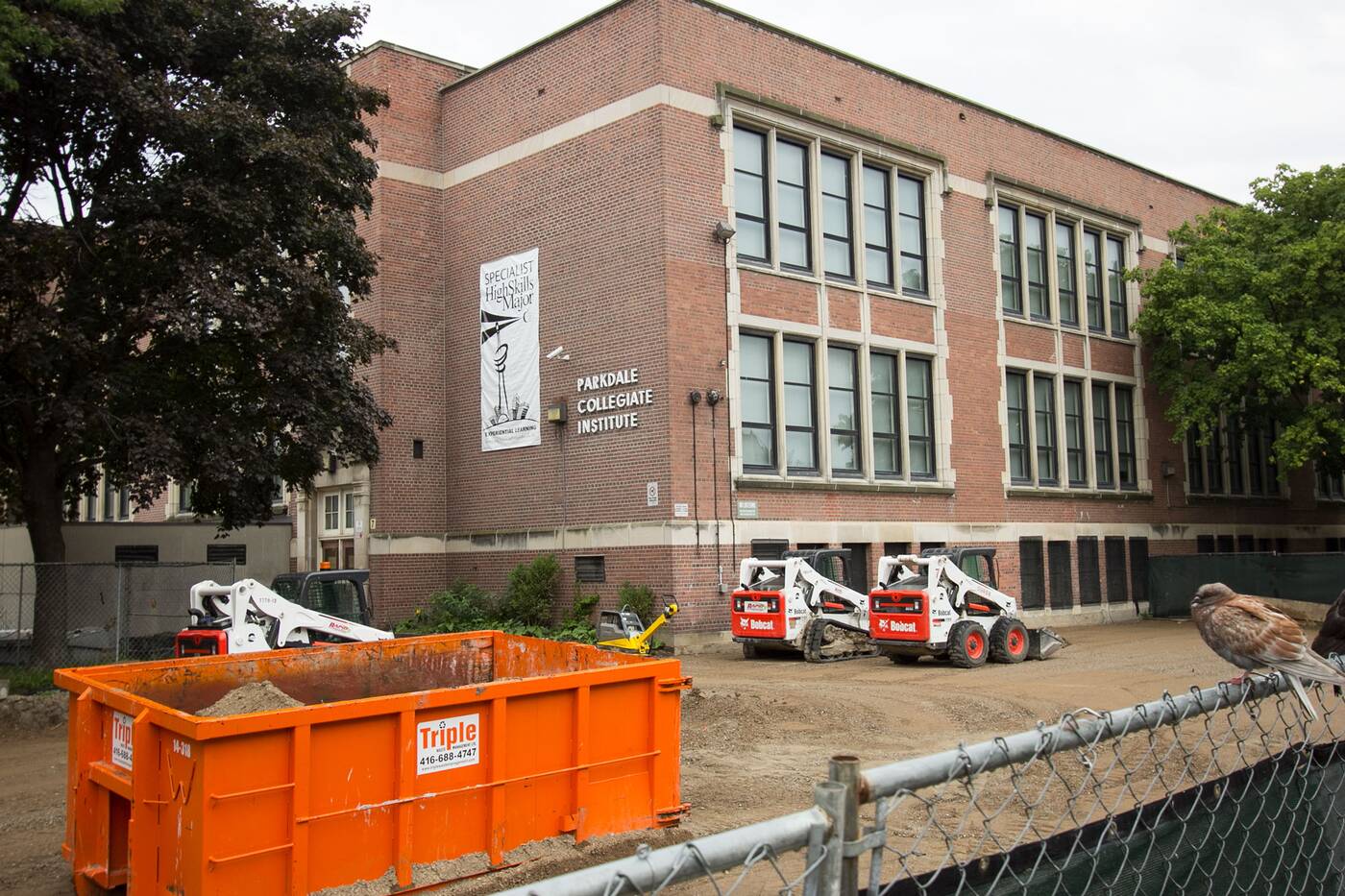 Parkdale Collegiate Institute is undergoing renovations, so Lhakar circle dances have been moved from the lawn to the tennis court. 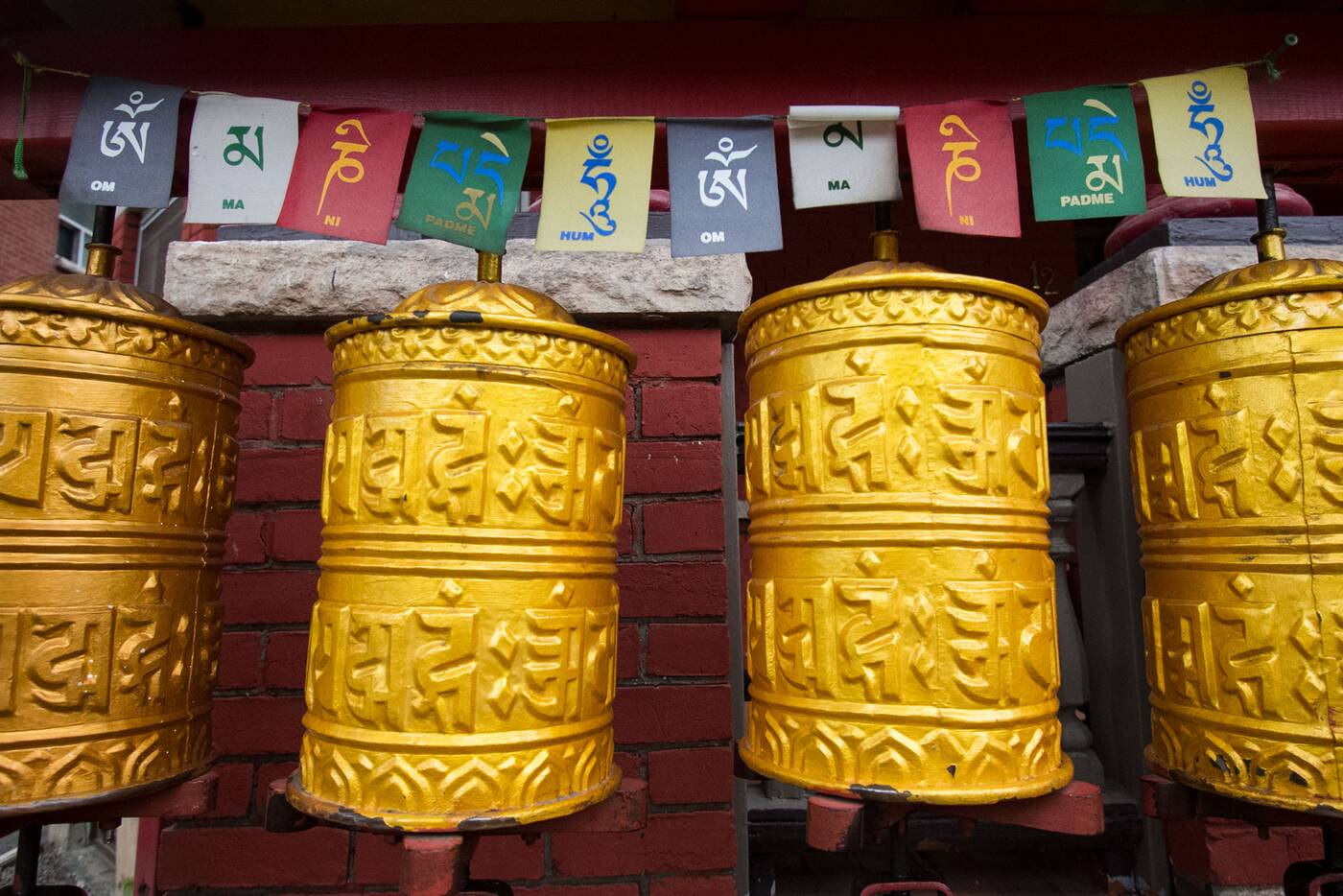 On Wednesdays in pre-COVID times you'd see scores of people gather by the tennis court to perform the traditional circle dance, performed here in solidarity with the Lhakar movement. 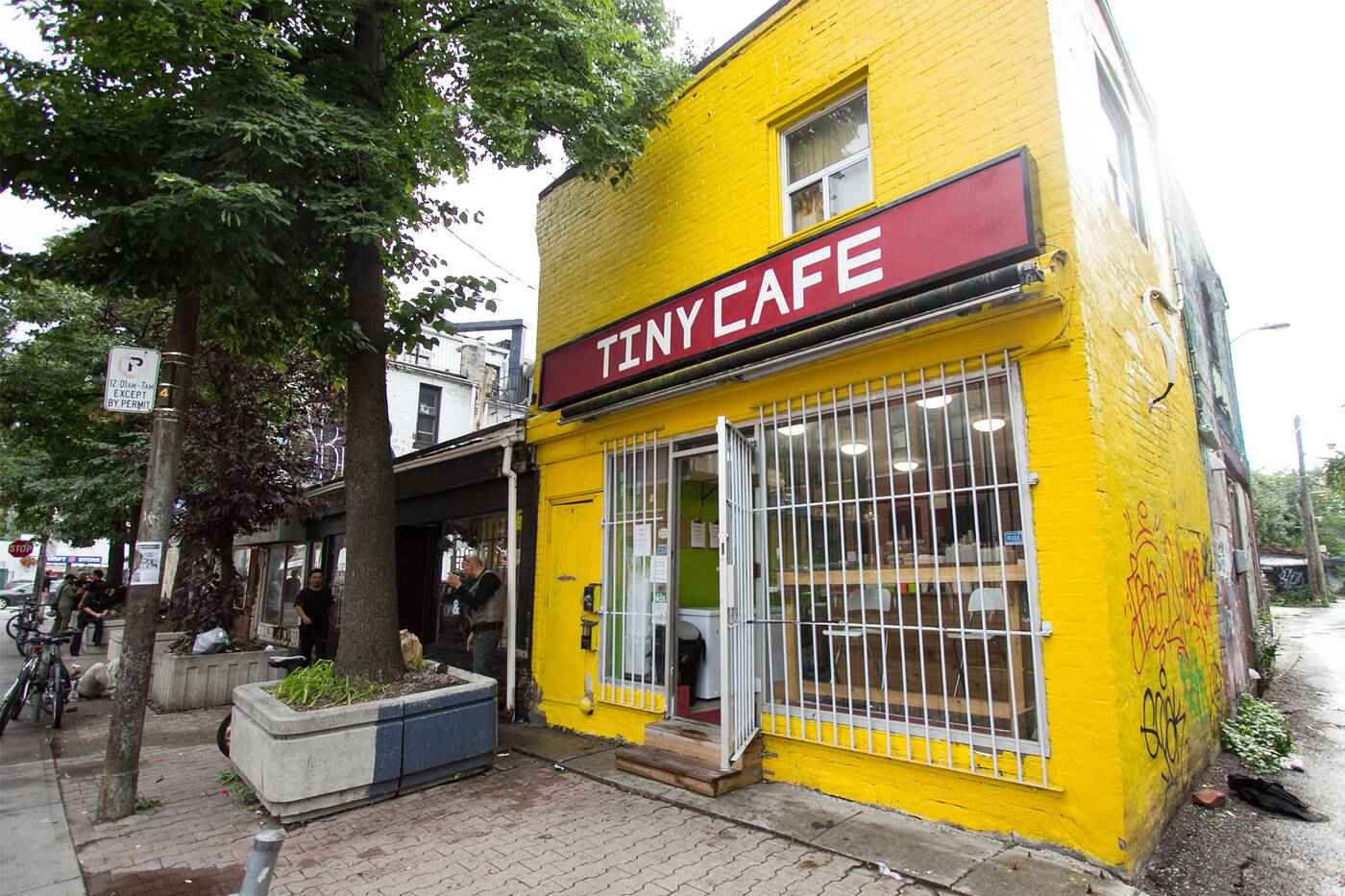 Tiny Cafe jut north of Jason's Coffee Shop is a new addition to the food scene.

But in a food-loving city like Toronto, the most visible facet of Little Tibet thus far has been the Momo Crawl, run annually by the Toronto chapter of Students For A Free Tibet (SFT). 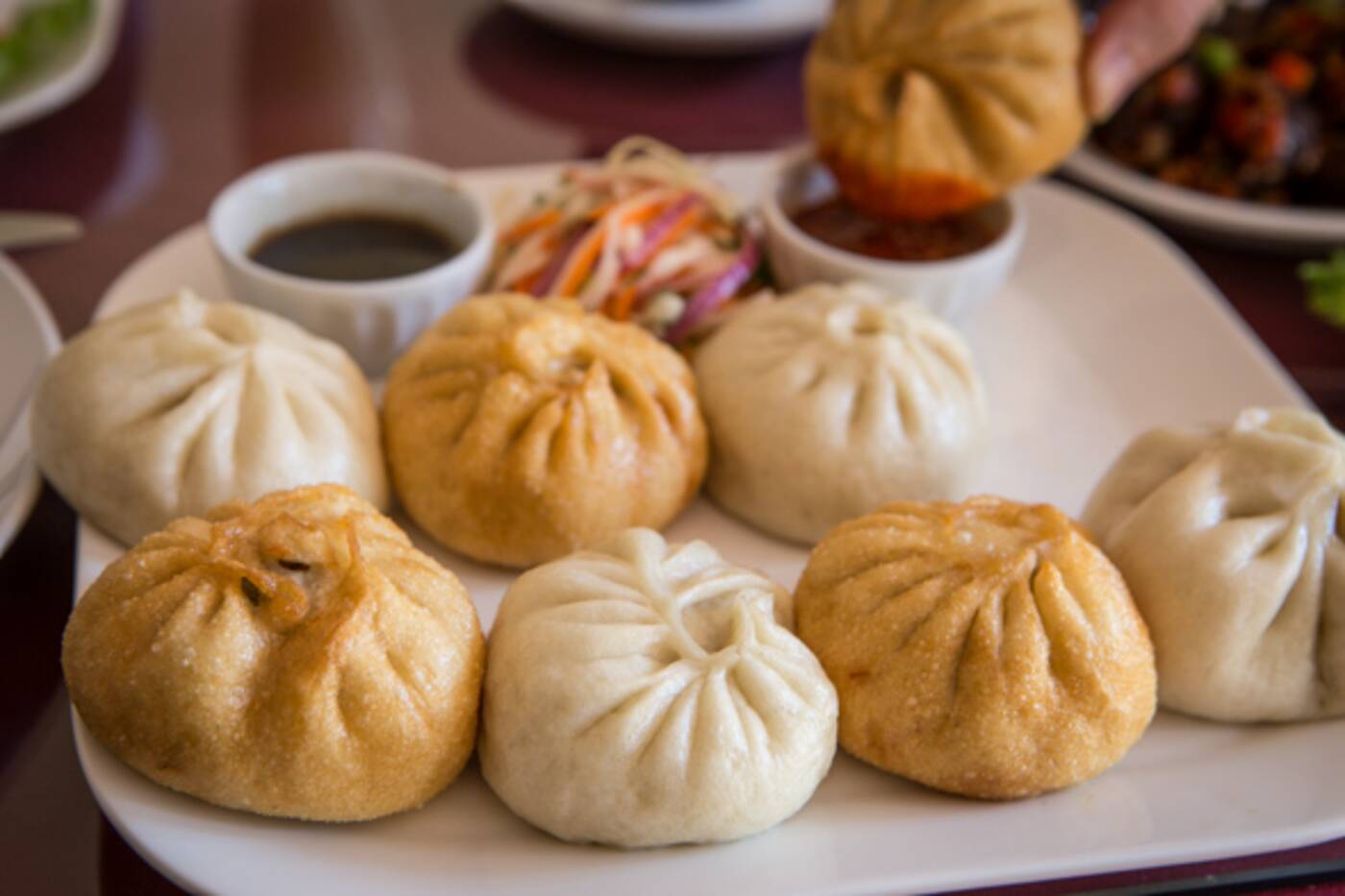 Momos are stuffed with veggies or meat and come steamed, in soup, or fried.

"We realized non-Tibetans loved momos," says Sonam Chokey, the National Director of SFT. "We saw an opportunity with the growing number of  Tibetan restaurants to promote visibility for Tibetans and educate about the Parkdale area." 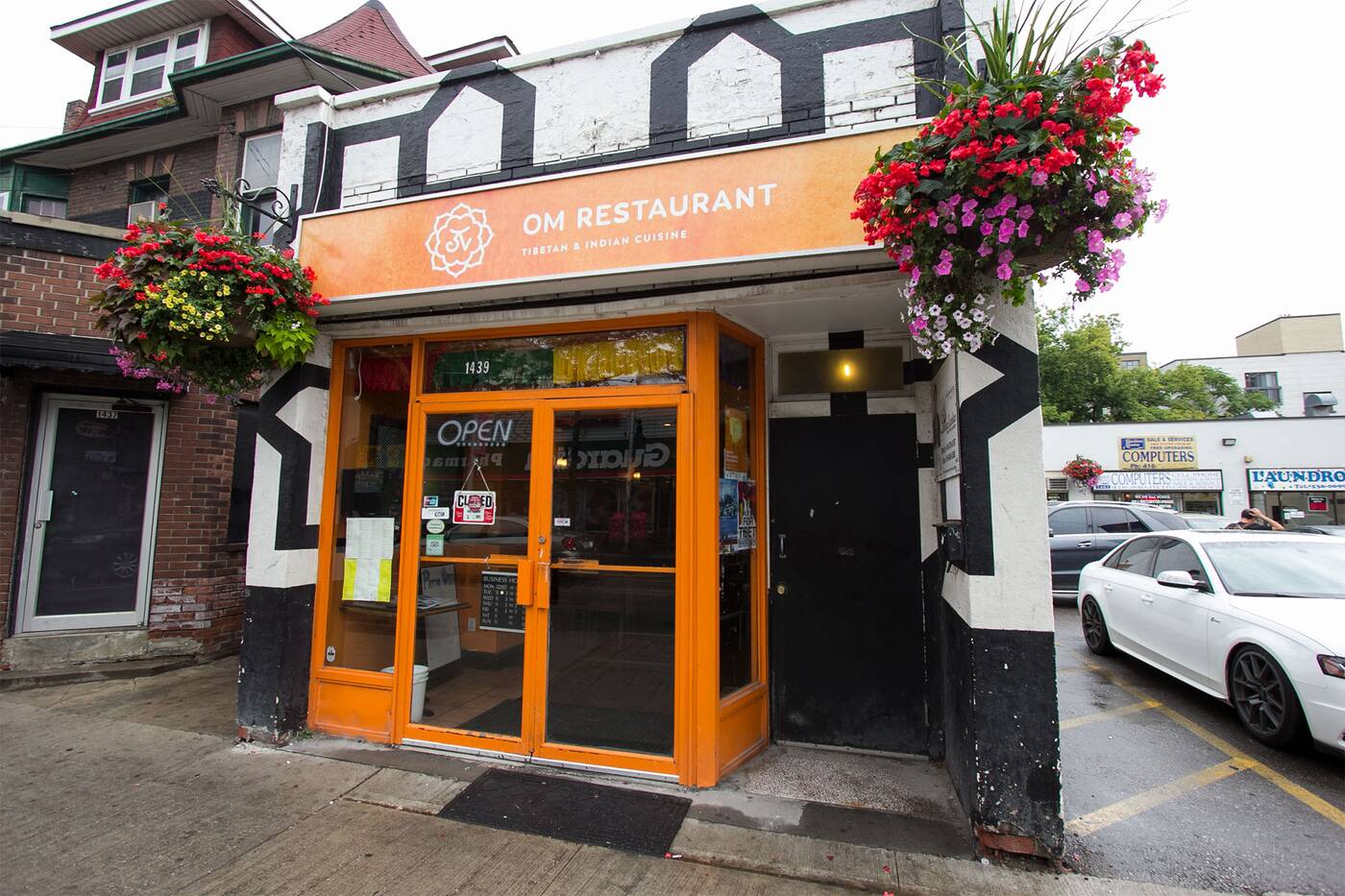 Many restaurants like OM serve a mix of Tibetan and Indian food.

Taking place on one Sunday every year, the Momo Crawl provides participants a 'momo passport' for $25 which grants them one traditional steamed dumplings from ten restaurants in Little Tibet. 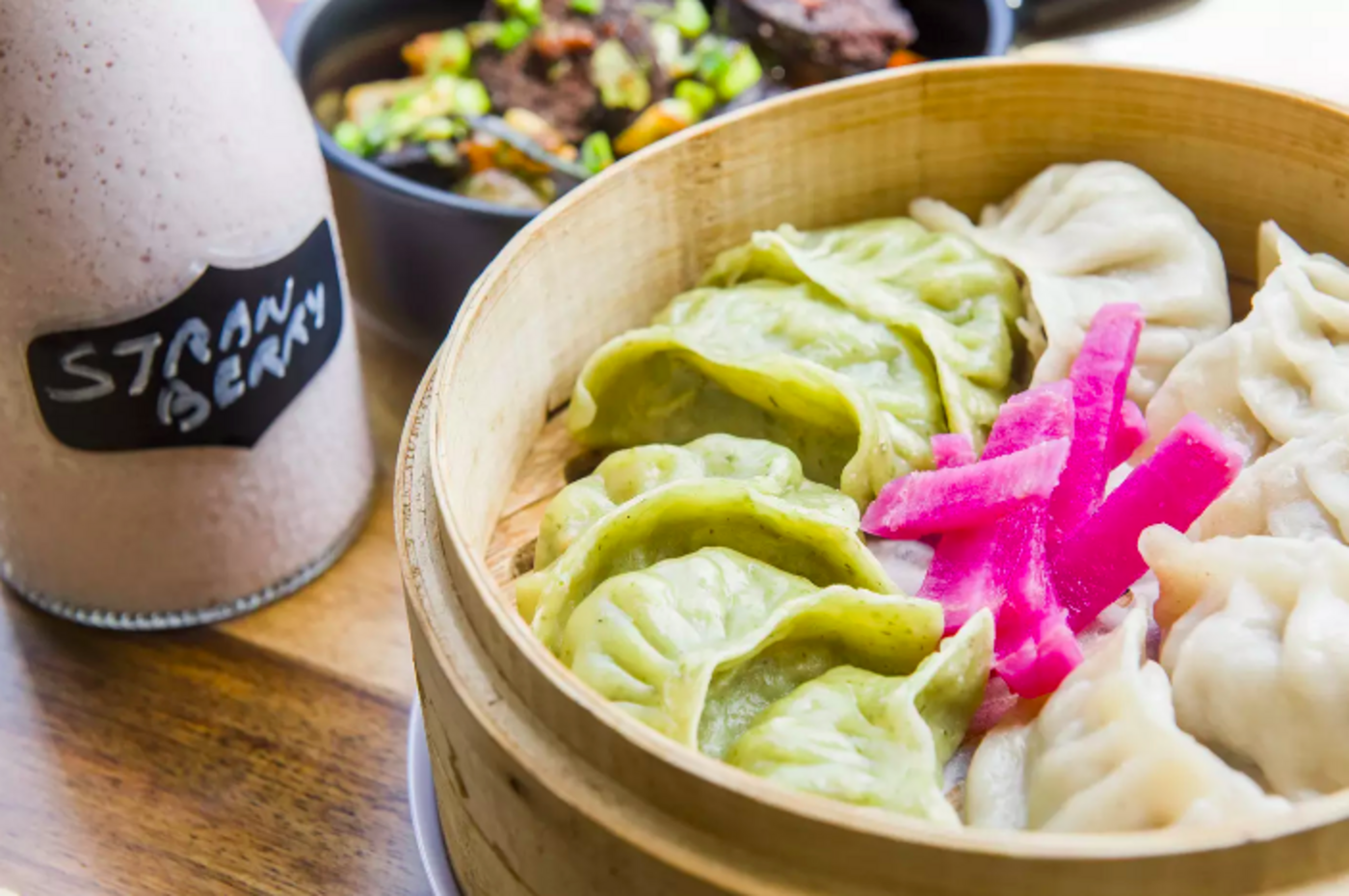 Yak Cafe is the newest participant in the annual Momo Crawl, which is run by Students For A Free Tibet. Photo by Hector Vasquez.

All proceeds for momos from old favourites like Shangrila and Tibet Kitchen go to SFT, and since its inception in 2015, the number of event passports sold have jumped up to 600 a year, with 90 per cent of participants being non-Tibetan. 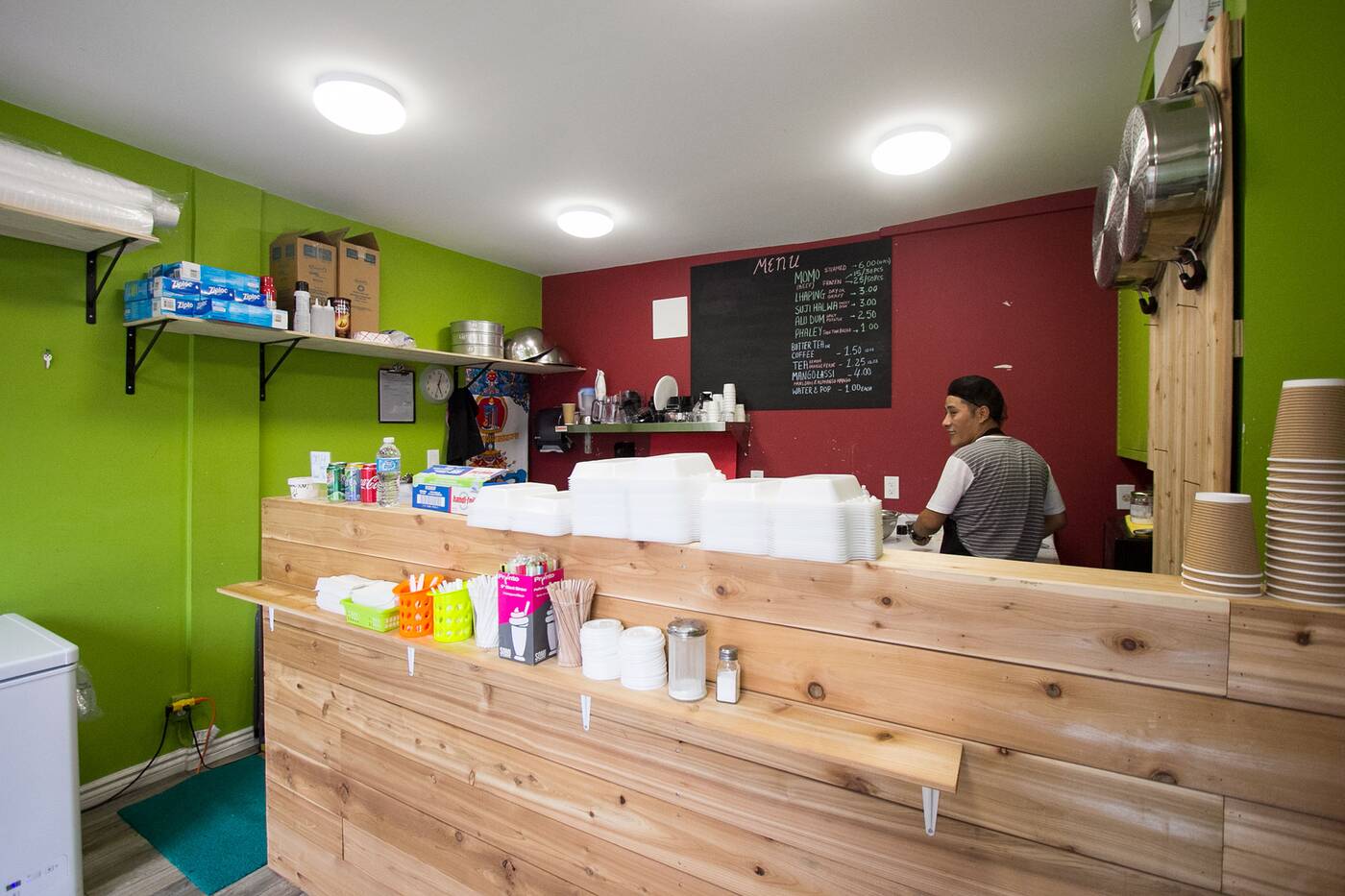 A bylaw lifting Parkdale's cap on eating establishments has raised the rent for many local businesses.

It's no secret rent has shot through the roof due to changing bylaws, directly affecting Tibetan businesses. The Momo Crawl helps old and new restaurants by drawing customers to the area while funding the stateless Tibetan community worldwide. 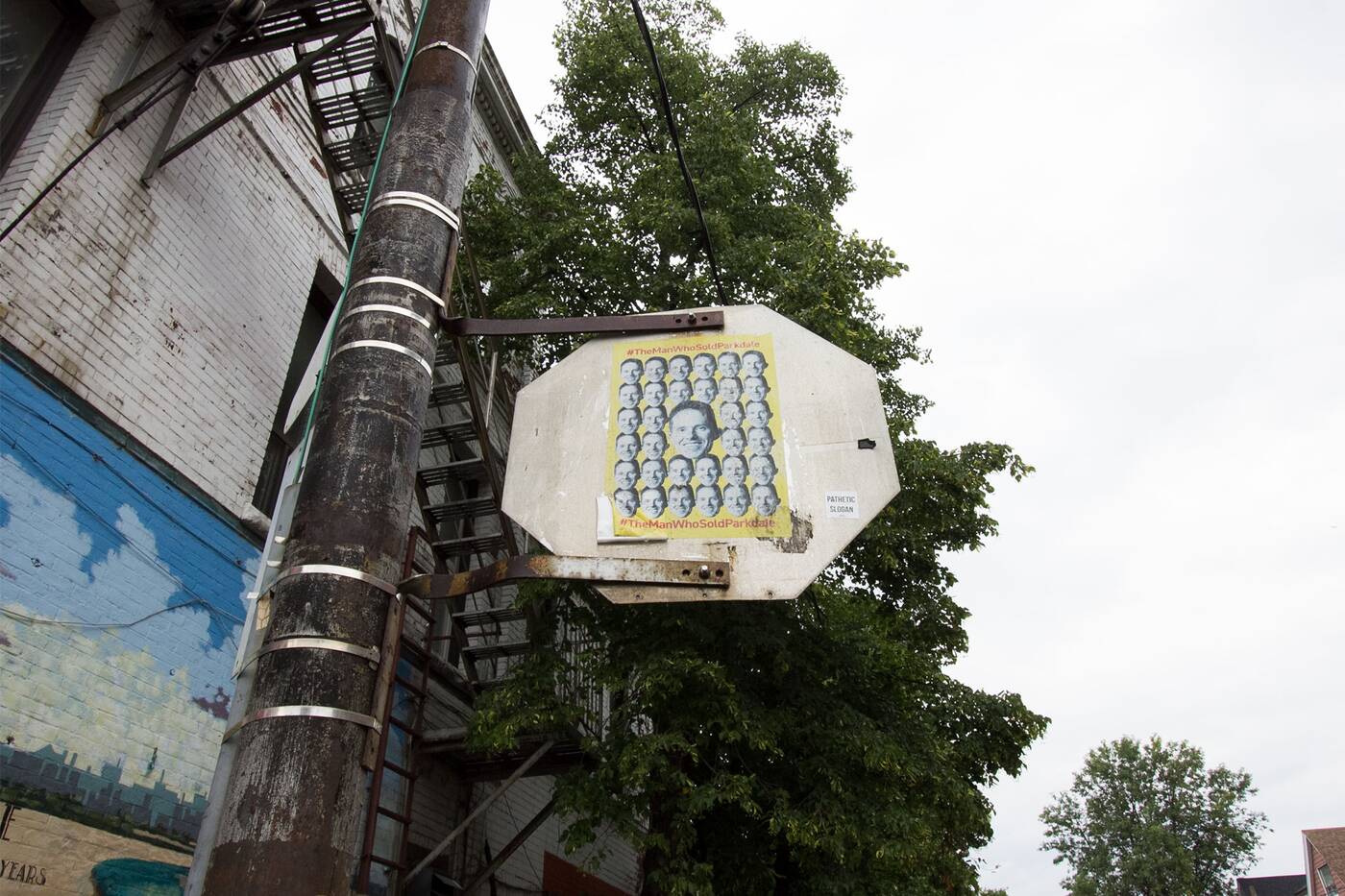 "The Man Who Sold Parkdale" signs are part of a strategic campaign to end gentrification in the area.

As commercial efforts a couple years ago threatened to re-brand the area as Vegandale, there were worries that this would overshadow the neighbourhood's history with a new type of food activism which many locals viewed as forced and inaccessible.

Events like the Momo Crawl stood on the other side, equipped with Tibetan cuisine. 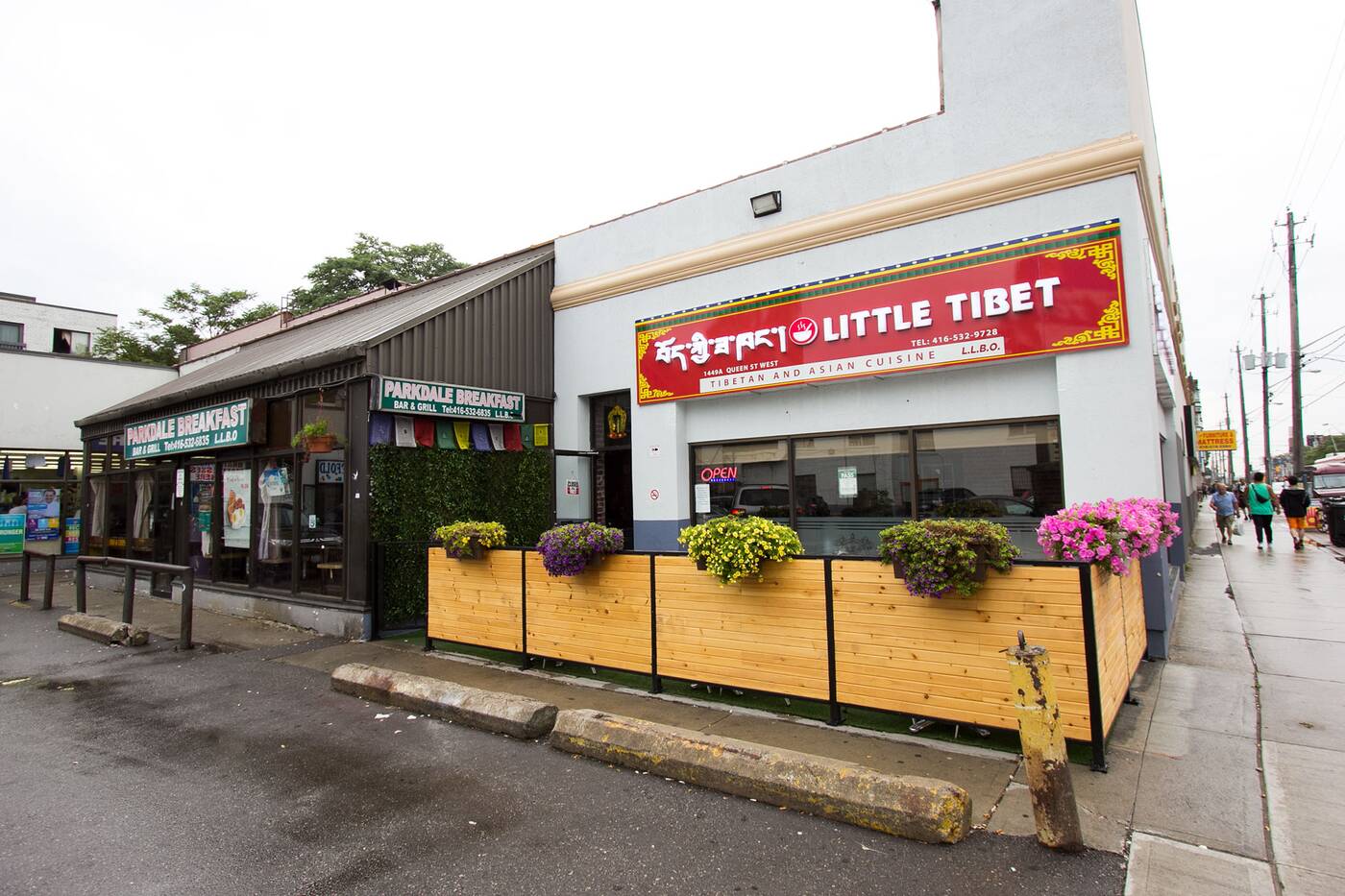 All restaurants steaming up momos are run by Tibetan families and entrepreneurs.

"Tibetans have a sort of innate longing for community so we always find each other somehow, we just gravitate toward each other," says Sonam, who, unsurprisingly, was against the re-branding of an area where Tibetans have been living, working, and lobbying for so long.

"[Parkdale] has really become a place where Tibetans can set their roofs after being displaced for so long," she says. "It's one of the first places where I felt at home." 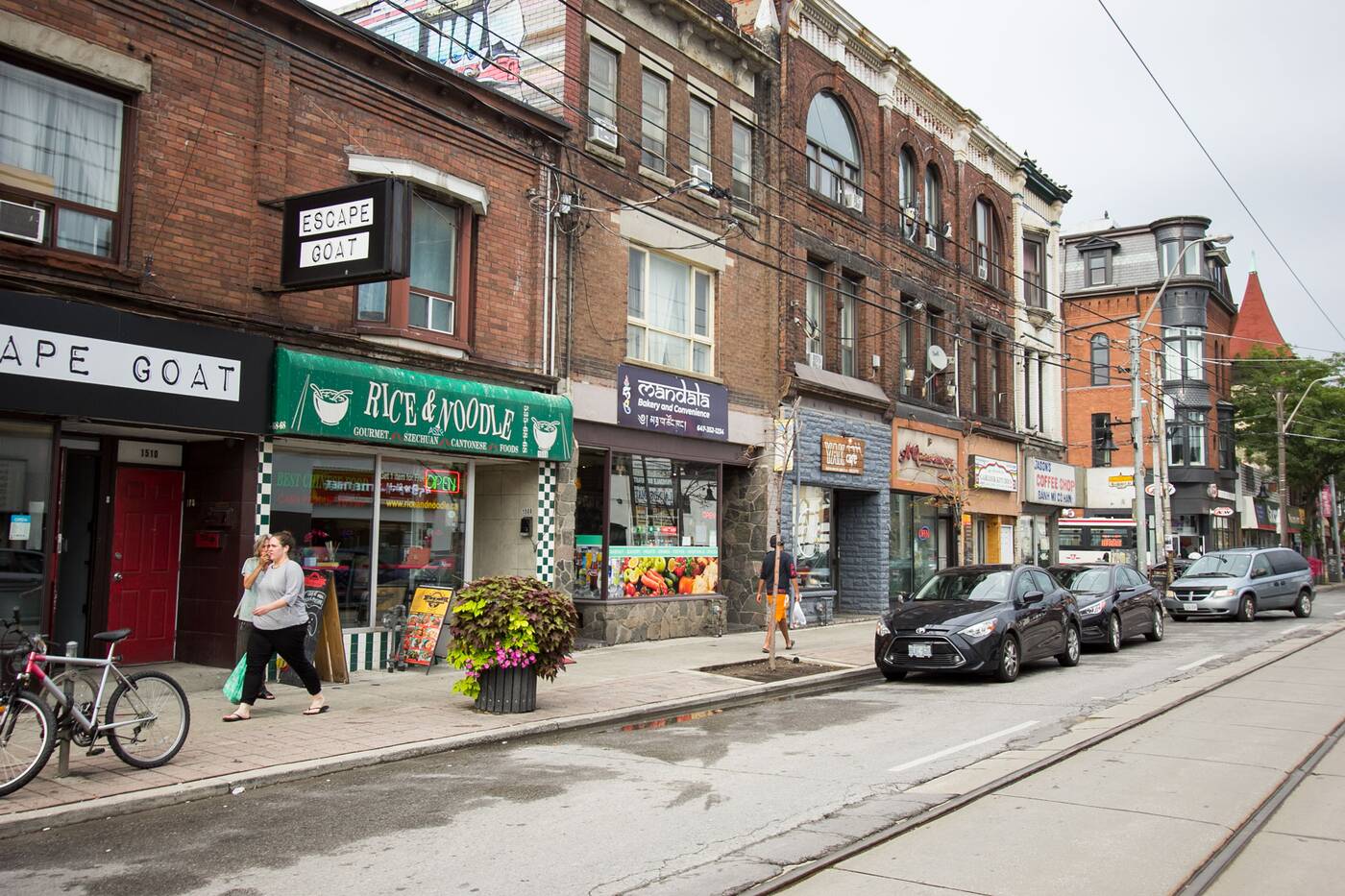