Norling is a newer addition to the community of Tibetan restaurants in Parkdale that have made the stretch of Queen between Dunn and Dowling known as Little Tibet. From its sign outside and the interior decor, it looks like the place has been around for a while, but it actually only opened last October, taking over the space that was formerly Family Thai.

Co-owner Pasang Lhawang moved to Canada from northern India, where he was a Tibetan refugee, in 2008. Lhawang tells me he named his restaurant after the summer residence of the Dalai Lama, and that the name has something to do with the mythical realm of wish-fulfilling gems...and picnics. 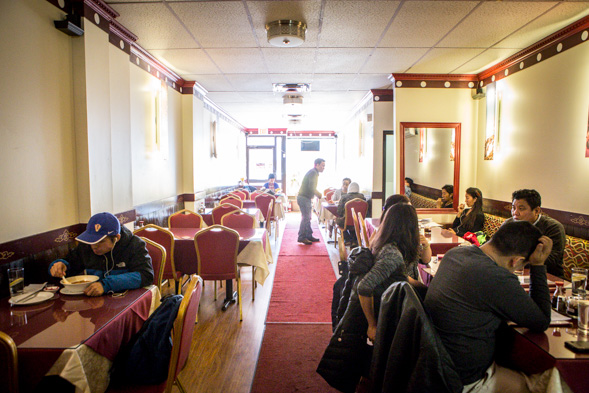 Don't judge the food by the unassuming decor here - the dishes they serve are straight up delicious. Co-owner/chef Sonam Choedhen - he and Lhawang were schoolmates back in India - cooks up a menu of tasty Tibetan specialties along with Indian Hakka cuisine. Since my dining companion and I haven't tried much Tibetan food before (my experience only extends to a bunch of momos I had at a Himalayan resto in Bangkok a few years back), we decide to go all in. 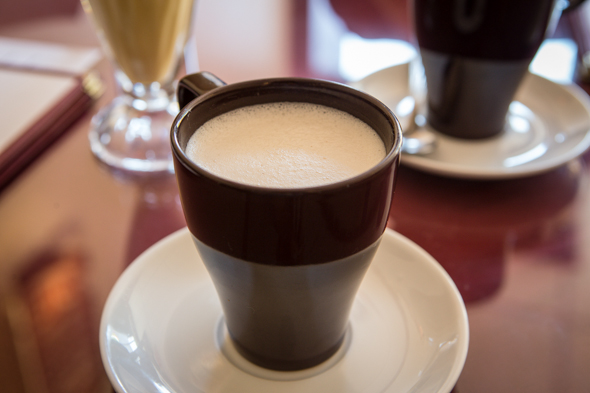 We start with boe cha , or butter tea ($1.50), a staple that Tibetans drink all day long (I imagine to stay warm), and the original inspiration for the butter coffee fad . A mix of butter and Yunnan Chinese tea, the frothy concoction tastes like hot, salty liquid butter. It's going to take some getting used to, but it could grow on me. 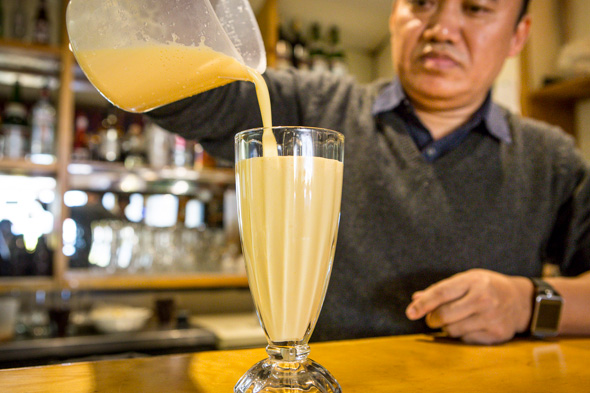 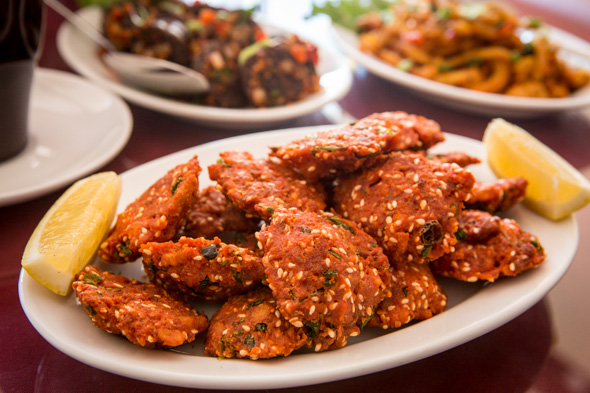 As an appetizer, we get chicken pakoras ($8.99), which look and taste different from any pakoras I've had before. Their particular mix of sesame seeds and spices make it different from the Indian version - but they're equally as addictive to eat.

A bevy of Tibetan delicacies follow: there's gyuma ($6.49), a super flavourful and spicy blood sausage made with beef, rice, spices, onions, garlic, cilantro, chilies and tomato sauce. I love me a good blood sausage, and those who get squeamish about food like this are definitely missing out. 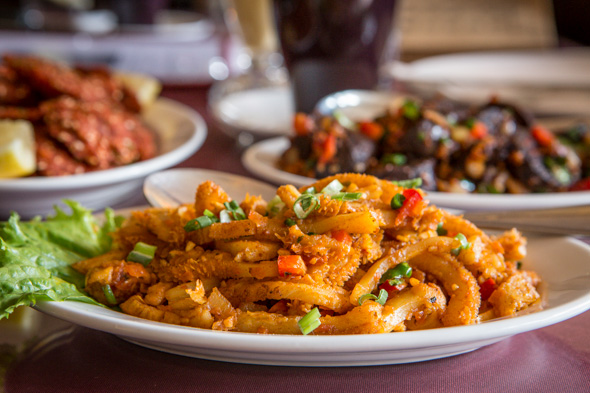 Dropa khatsa ($5.99), a curry beef tripe, is also not for the faint of heart, but is totally rewarding for adventurous eaters who can appreciate the very particular texture of chewing on an animal's stomach (this is old hat for most Italians and dim sum experts). Just don't think too much about what exactly it is you're eating and enjoy the flavours. 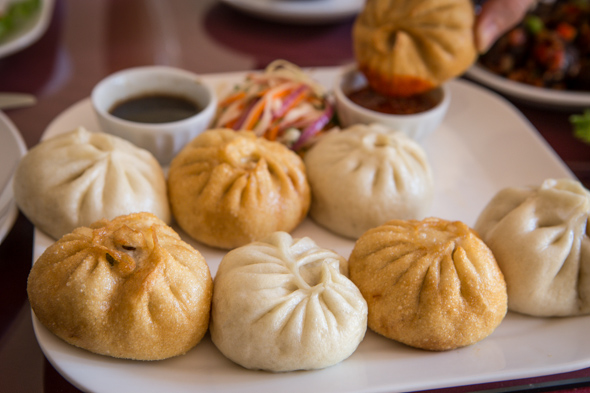 Moving on to more conventionally palatable items, there are steamed ($7.99) and fried ($8.99) Amdo momos, which are different from the regular momos I'd previously tried (they're also on the menu) - those were more like dumplings while these are beef buns. They're filled with juicy ground beef mixed with scallions and onions, and are perfectly seasoned. 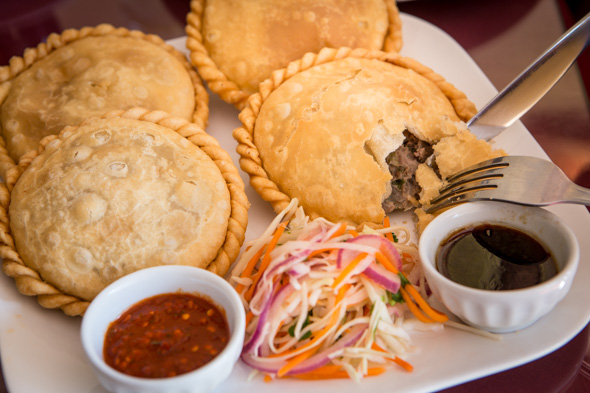 For more of that meat mixture goodness, there's shabaley ($7.99), a Tibetan beef patty. While the filling here seems to be the same as the Amdo momos, they're packaged in deep-fried pastry dough instead of in bao form. (They're kind of like round empanadas.) Along with a little side salad of julienned veggies, they come with chili and sesame oil soy dipping sauces, but they're really not necessary. Each is flavourful enough sans sauces. 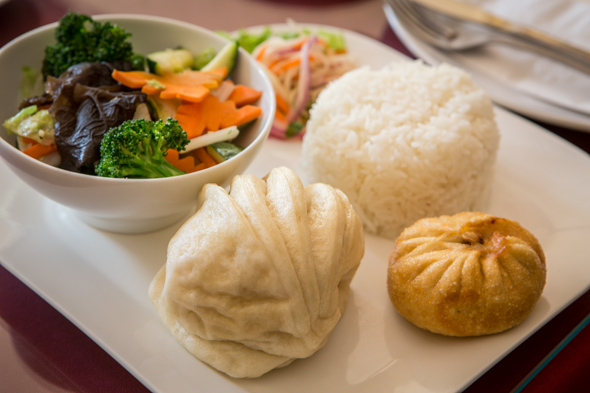 Prices here are more than reasonable, with lunch specials and $7.49 combos where you get a soup of the day or a pop, a fried momo, a tingmo (a plain steamed bun), steamed rice and salad along with your choice of one of 13 entrees - there are even a few vegetarian options.

Kids from Parkdale Collegiate stop in for lunch while we're there, and Lhawang is more than happy to recommend dishes to them he thinks they'll like. He seems eager to share his knowledge of Tibetan food and culture with his customers, and I'll certainly be back to learn - and eat - more. 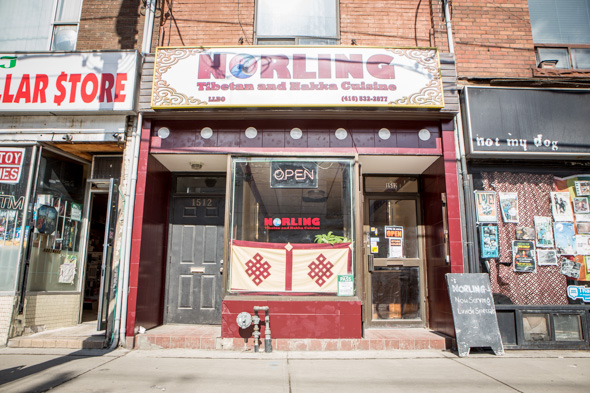