Pape Village is Toronto's other Greektown

As most people will know, Toronto's stretch of the Danforth is home to all things Greek.

Abundant in restaurants (it has one of the highest concentrations of them per kilometre in the world), bakeries, and bars serving up shots of ouzo and Metaxa, you won't have to look further than the yearly Taste of the Danforth to see what the neighbourhood is all about. 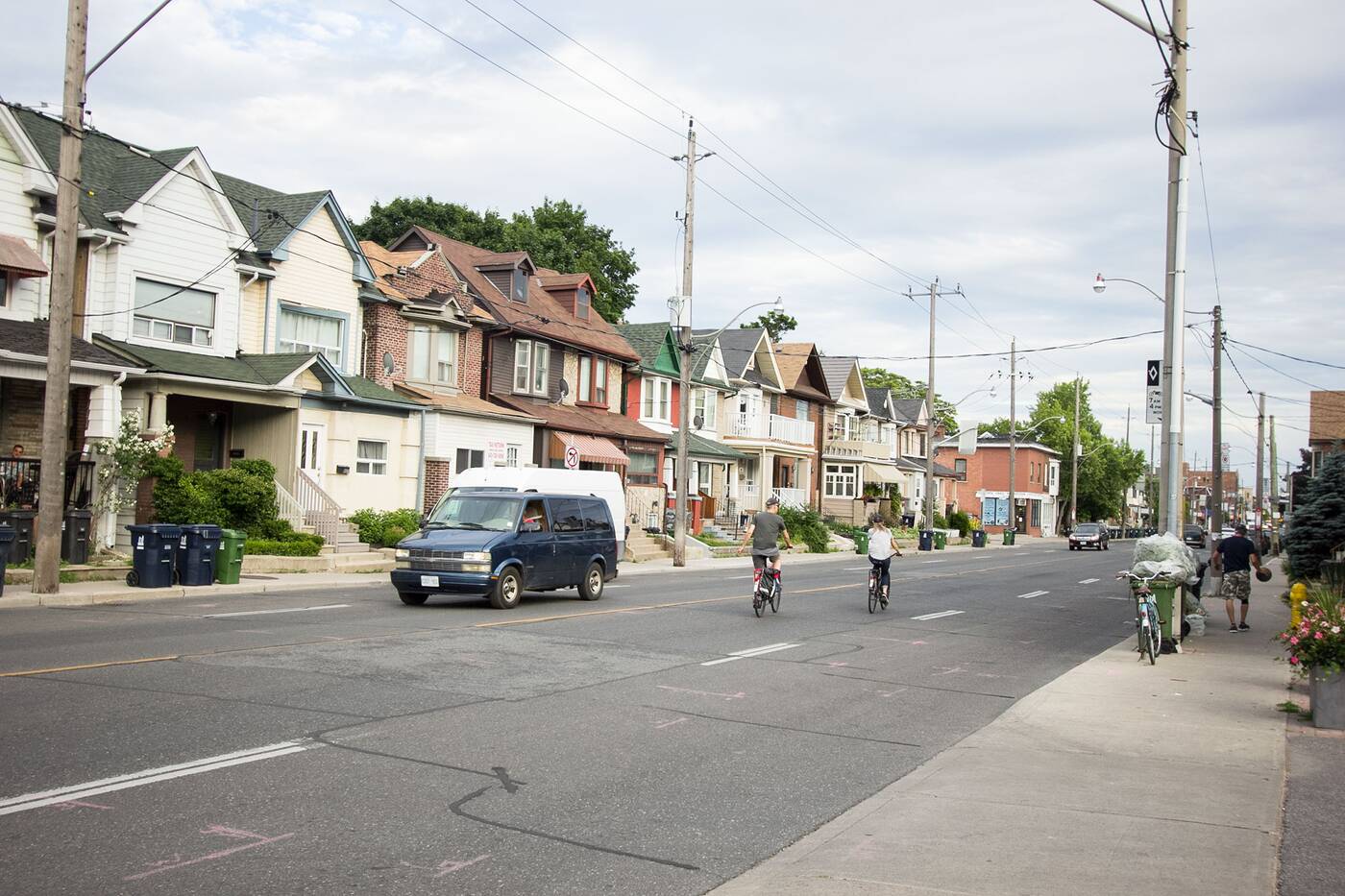 Pape Village is small stretch that starts just north of Danforth and goes up just past Cosburne.

But Toronto's Hellenic influence isn't just limited to the Danforth. Only a few minutes north of its main drag lies a smaller, quieter community that's easy to miss: Pape Village. 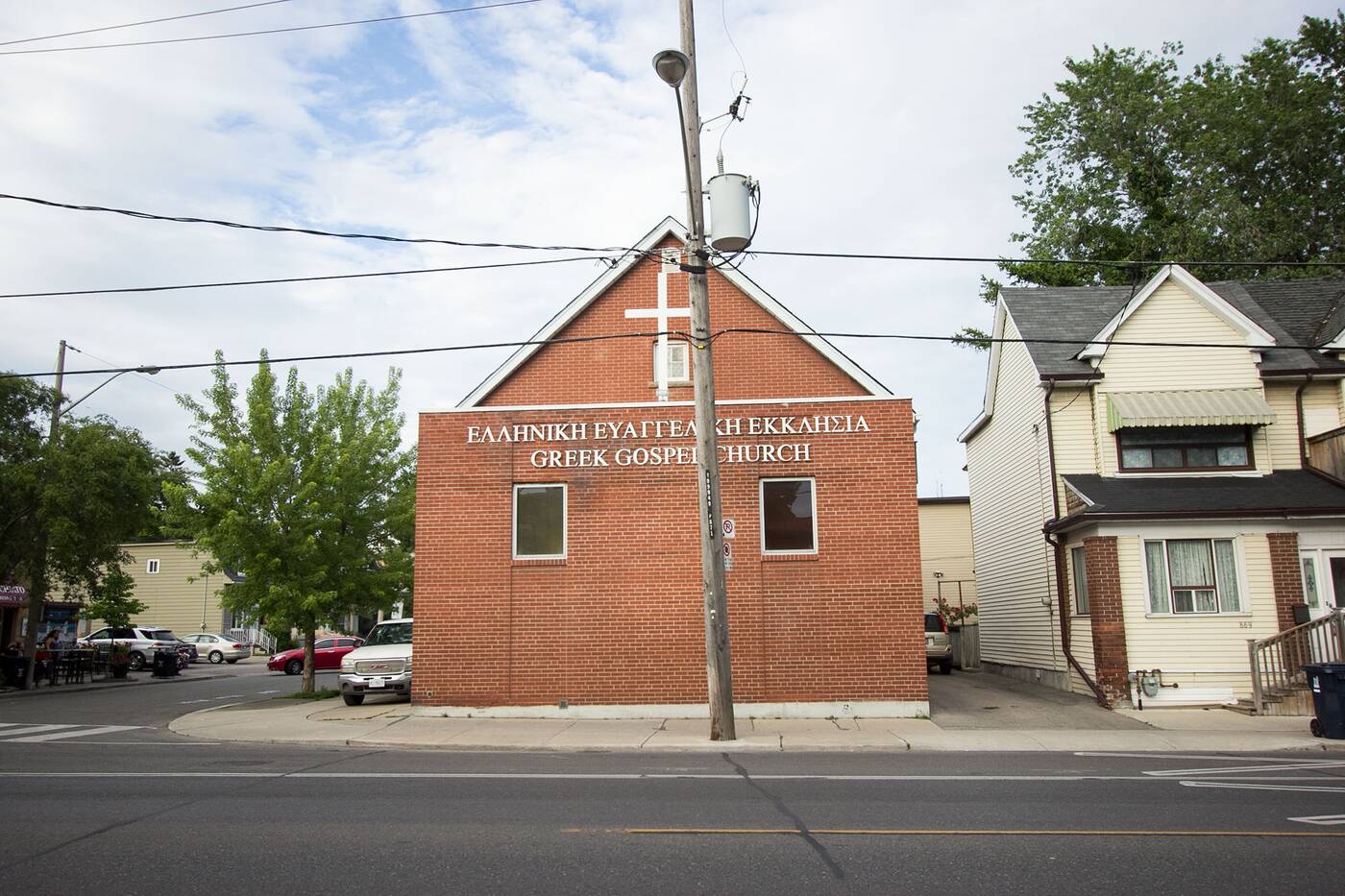 The area is largely populated with businesses catering to Greek-speakers.

Located in the former borough of East York, Pape Village is a narrow rectangular strip that takes just 15 minutes to walk from north to south, bordered by Carlaw to the west, falling several intersections of Donlands to the east and capping off just past O'Connor Drive. 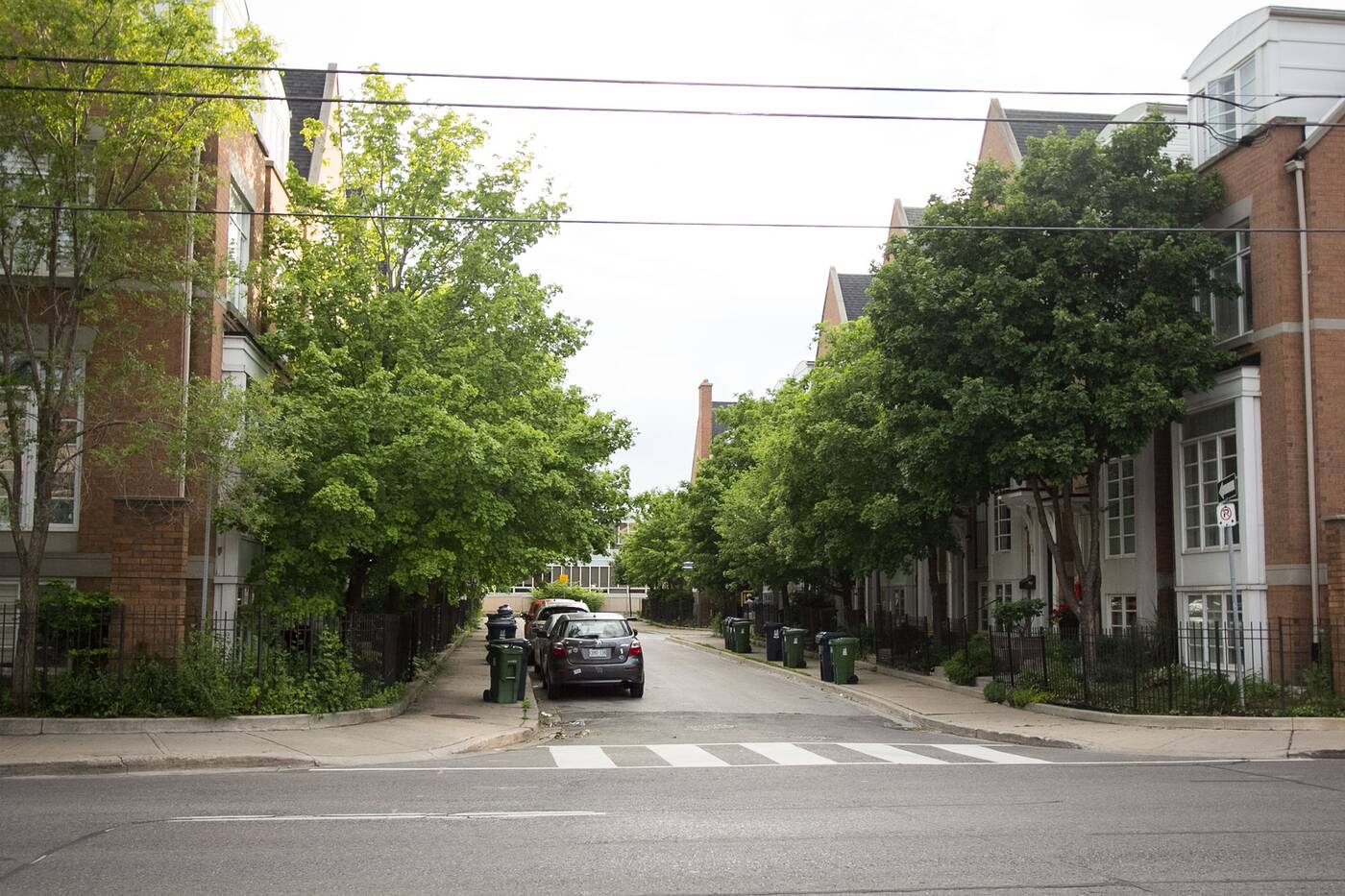 This part of Pape is lined with small residential streets.

Neither bustling with activity nor desolate, this part of Pape is distinctly mixed-use and, unlike Danforth, is still frequented mostly by Greek-speakers. 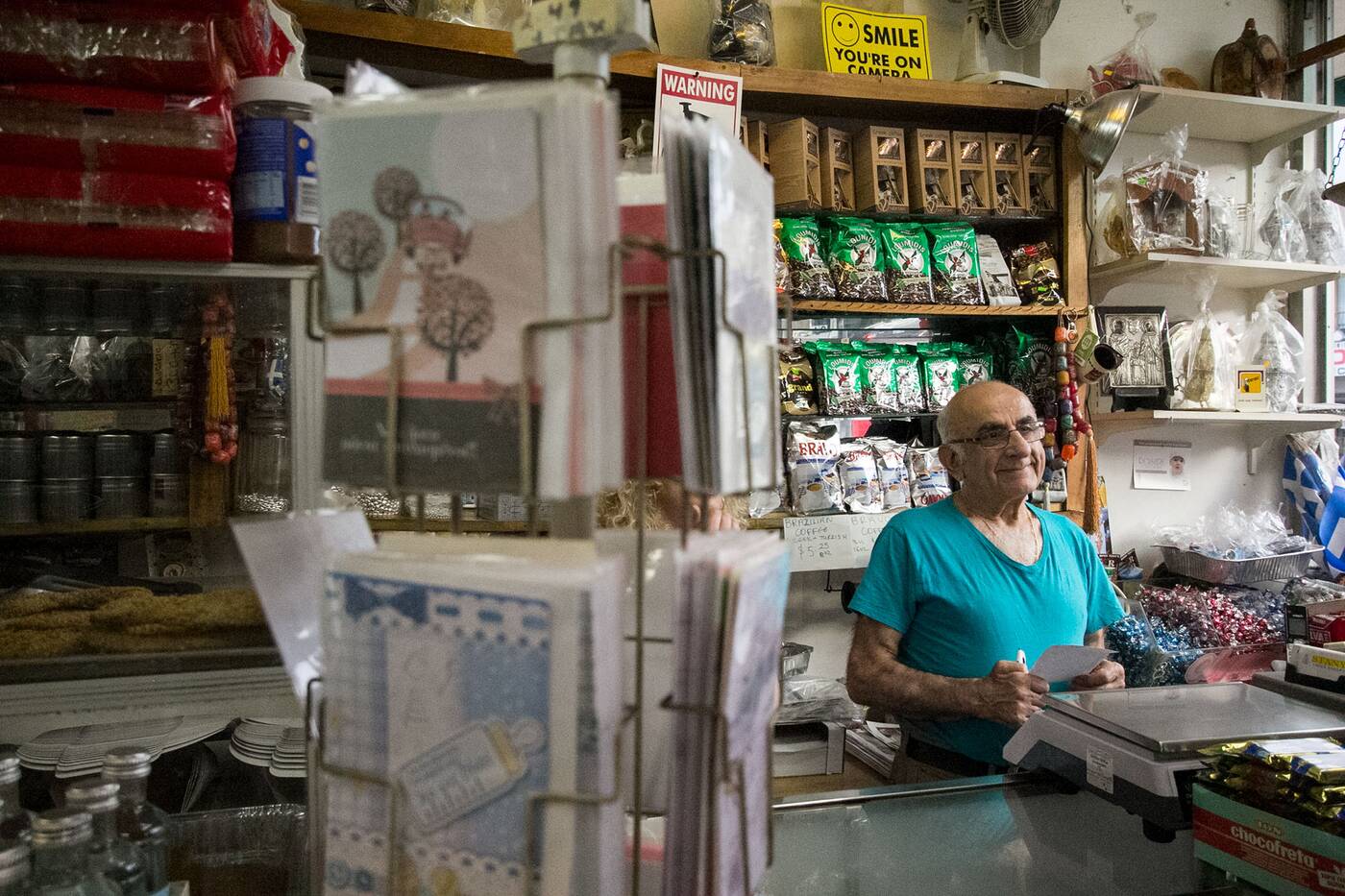 According to locals like Peter Stany and his daughter Haroula, who own the 40 year-old Greek bakery Stany's at Pape and Cosburn, the number of Greeks in the neighbourhood has decreased since the era of Greece's far-right juntas in the 1960s. 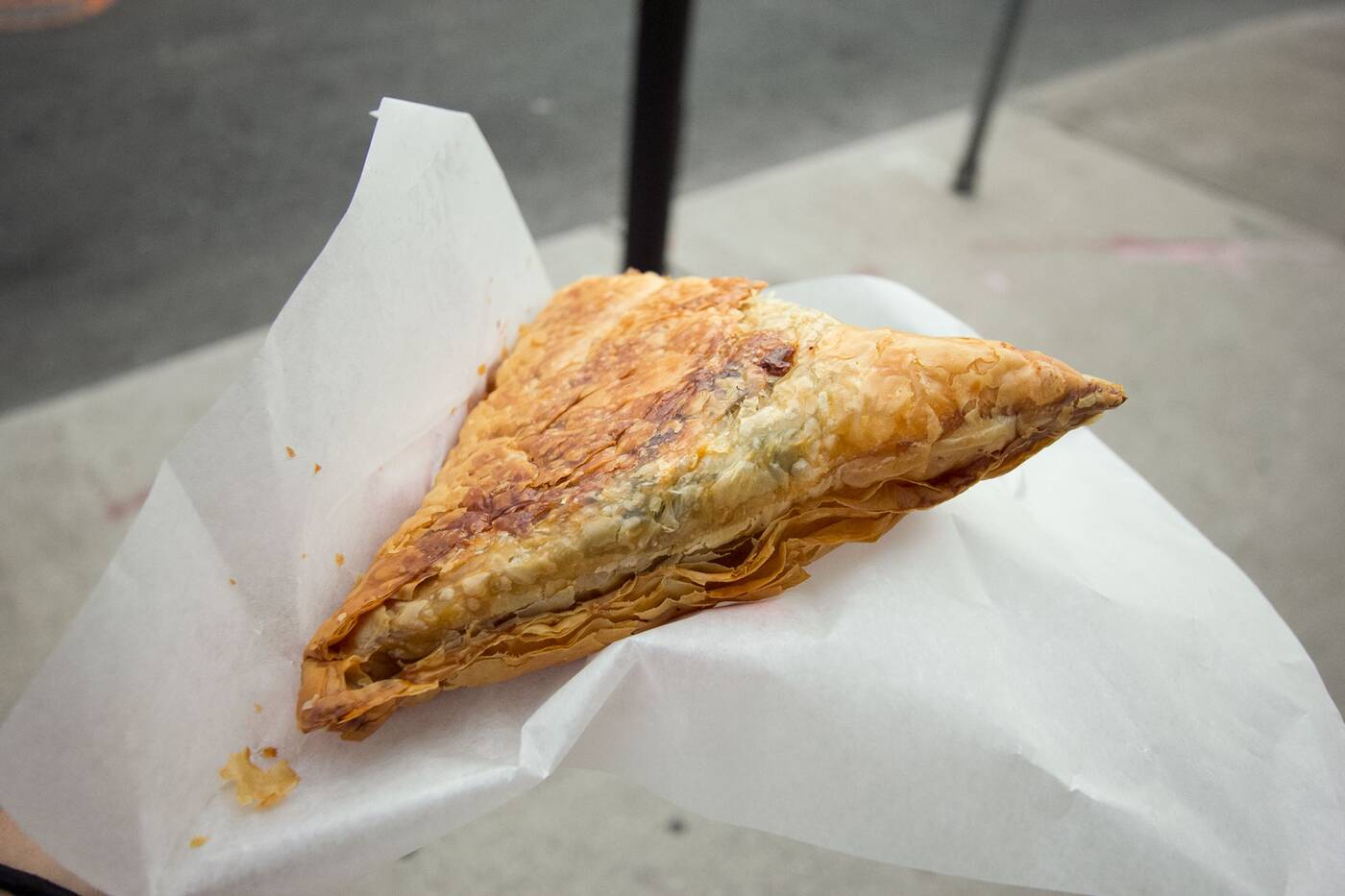 The cheese and spinach pies from Stany's Bakery cost $3 each.

Only due to the Mediterranean country's more recent market crash has Pape Village seen another influx in young Greeks looking for work, says Haroula behind the counters of Greek candies and spinach cheese pies. 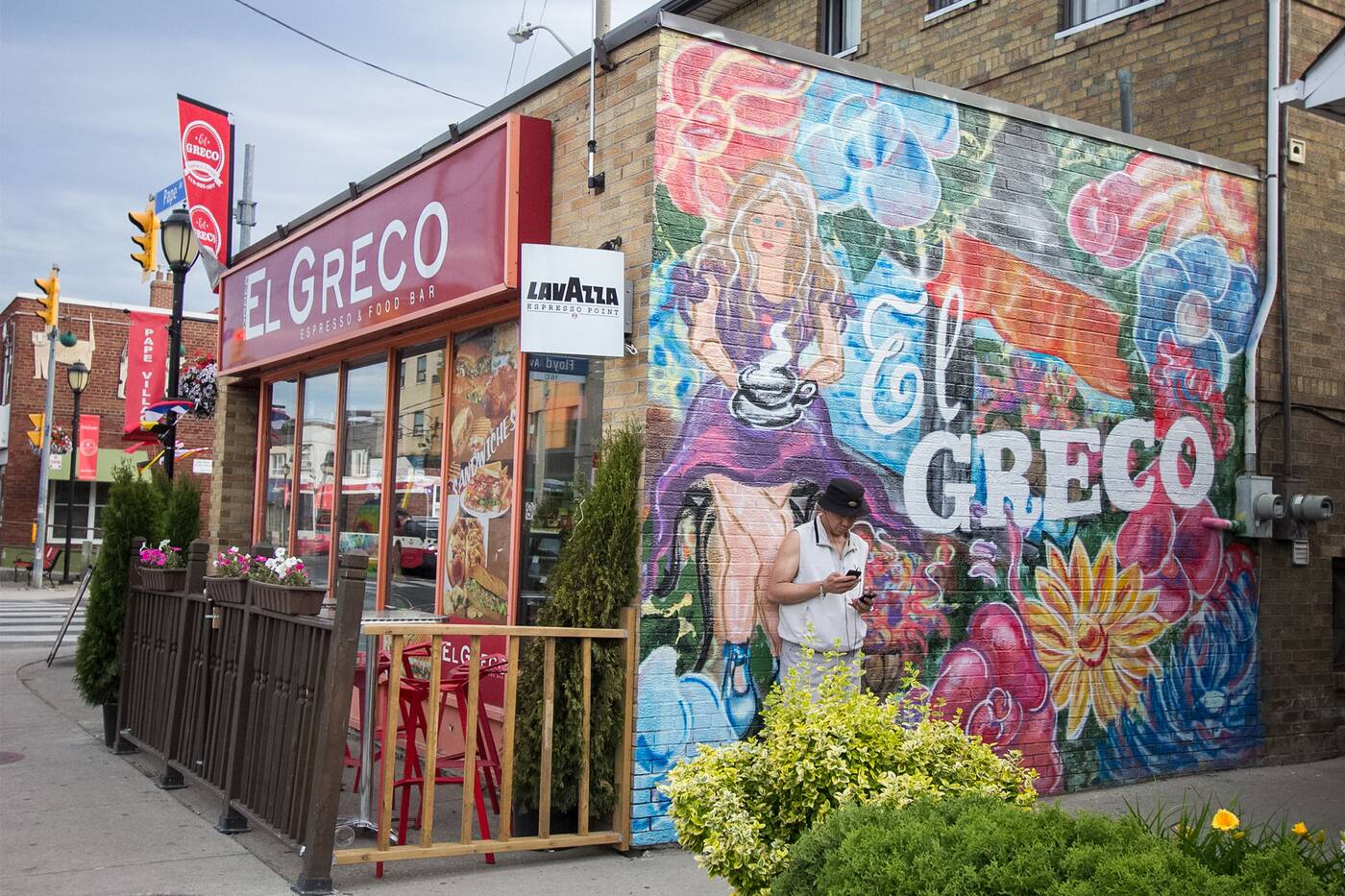 El Greco is a small Greek business with a lively patio serving espressos and spanakopitas.

Now, beyond old businesses servicing Greek speakers, it appears the area is slowly being brought back to life with a combination of legacy businesses and exciting new cafes that make this informal extension of Greektown an area worth visiting. 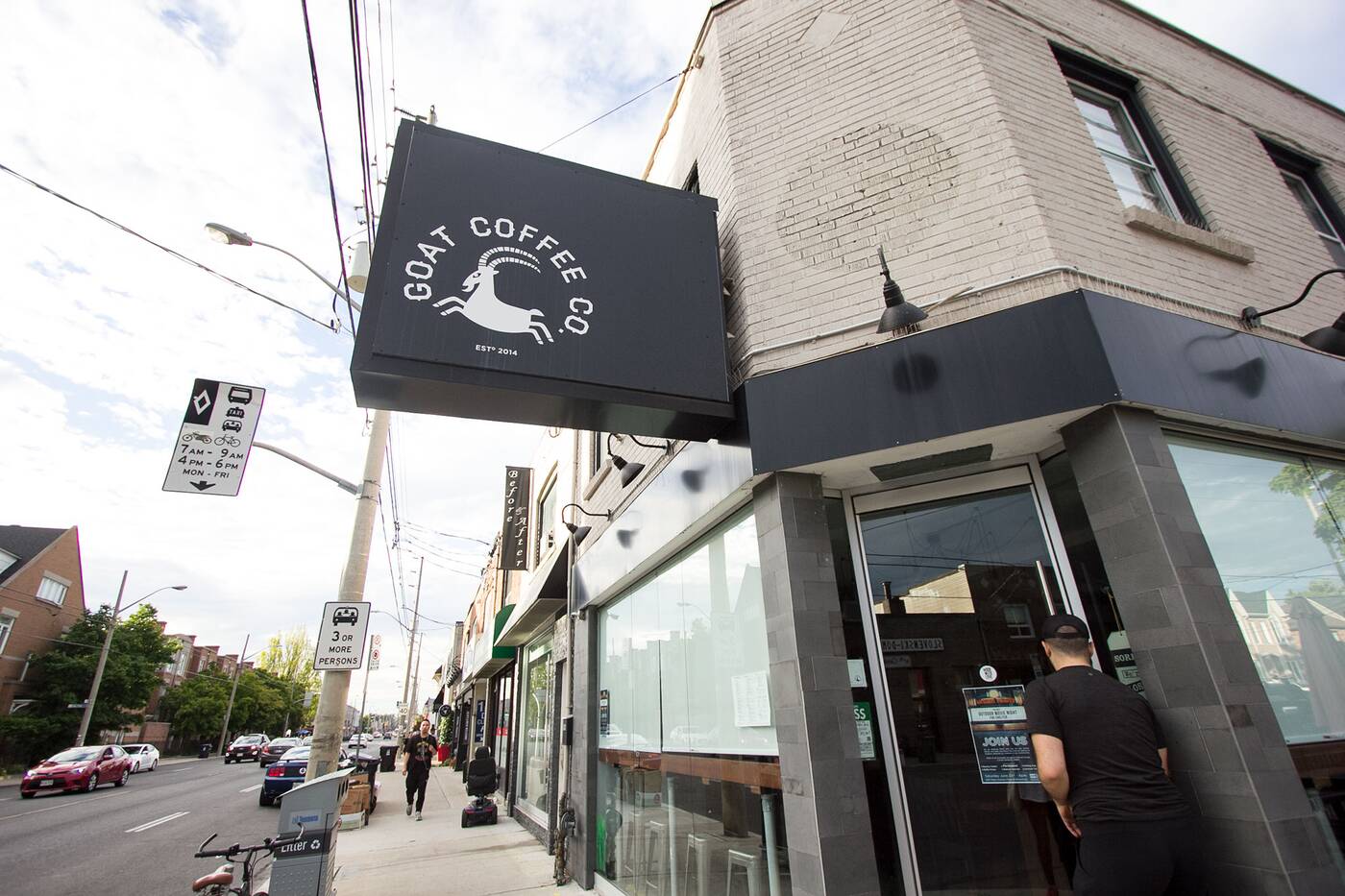 Goat Coffee took over what used to a Cash For Gold. Photo by James C. Lee.

While not exactly new, the third-wave coffee shop Goat Coffee Co. just south of Mortimer is one of few businesses renewing the area. 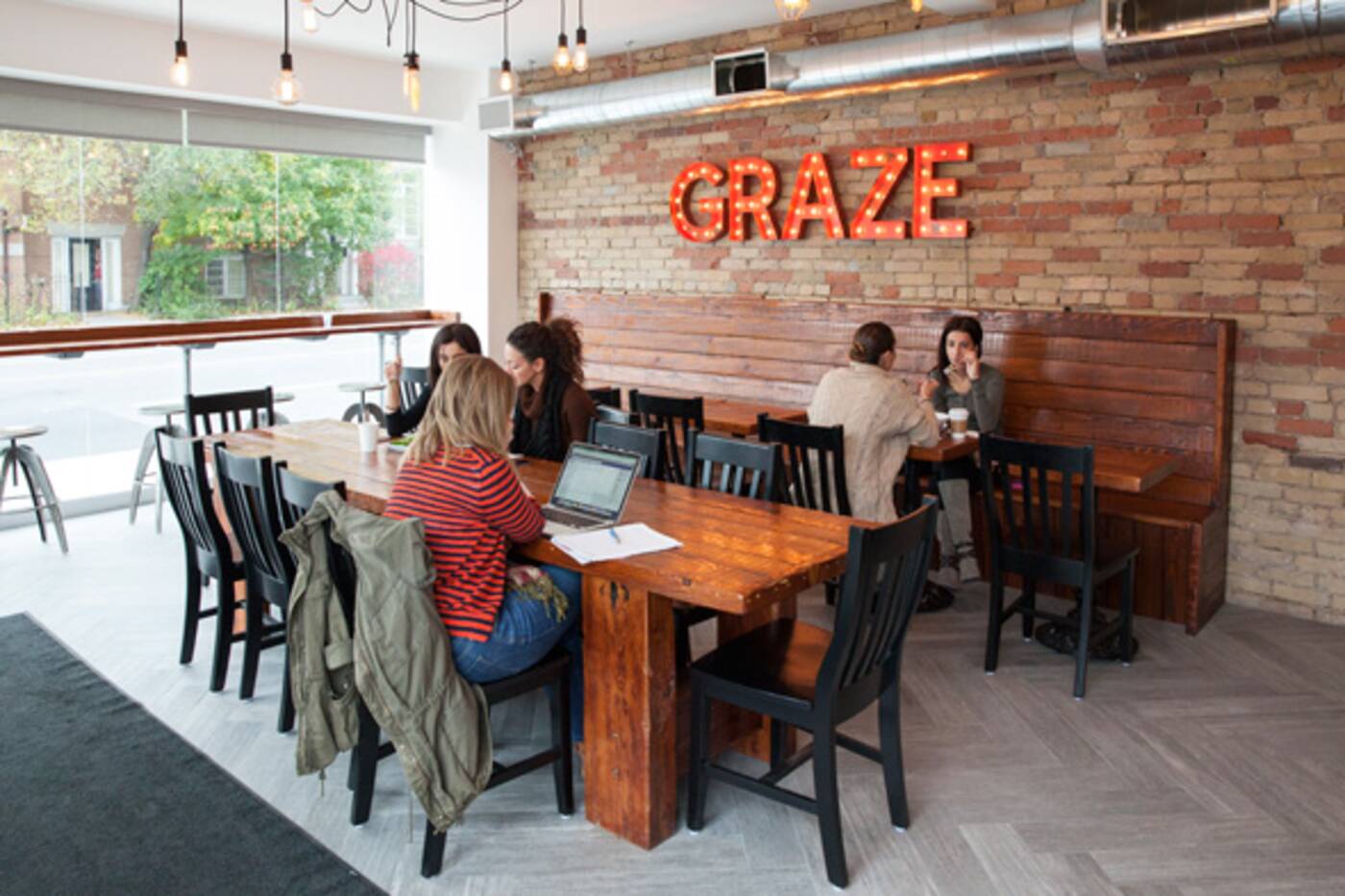 Taking over a Cash For Gold, the space became a cafe in 2014 and has since transformed into one of the neighbourhood's most popular coffee shops offering free WiFi and Rufino espresso. 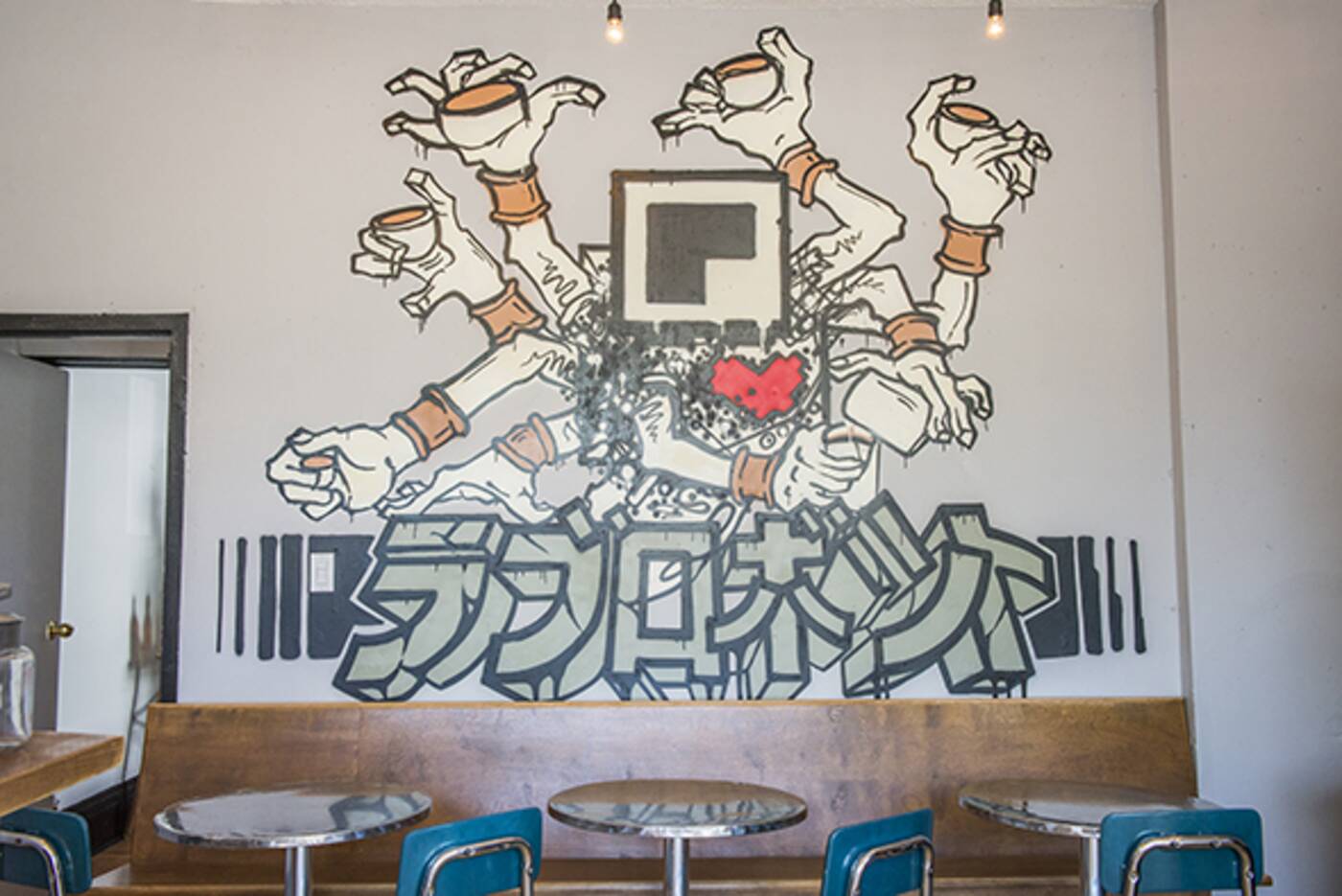 The cafe 808 Social is just a few blocks north of Pape Station. Photo by Hector Vasquez.

Closely following suite was 808 Social and its Lovebot mural, located just blocks from Pape Station, where you can order classic espressos and pastries from Circles and Squares – a favourite bakery of coffee shops all around Toronto. 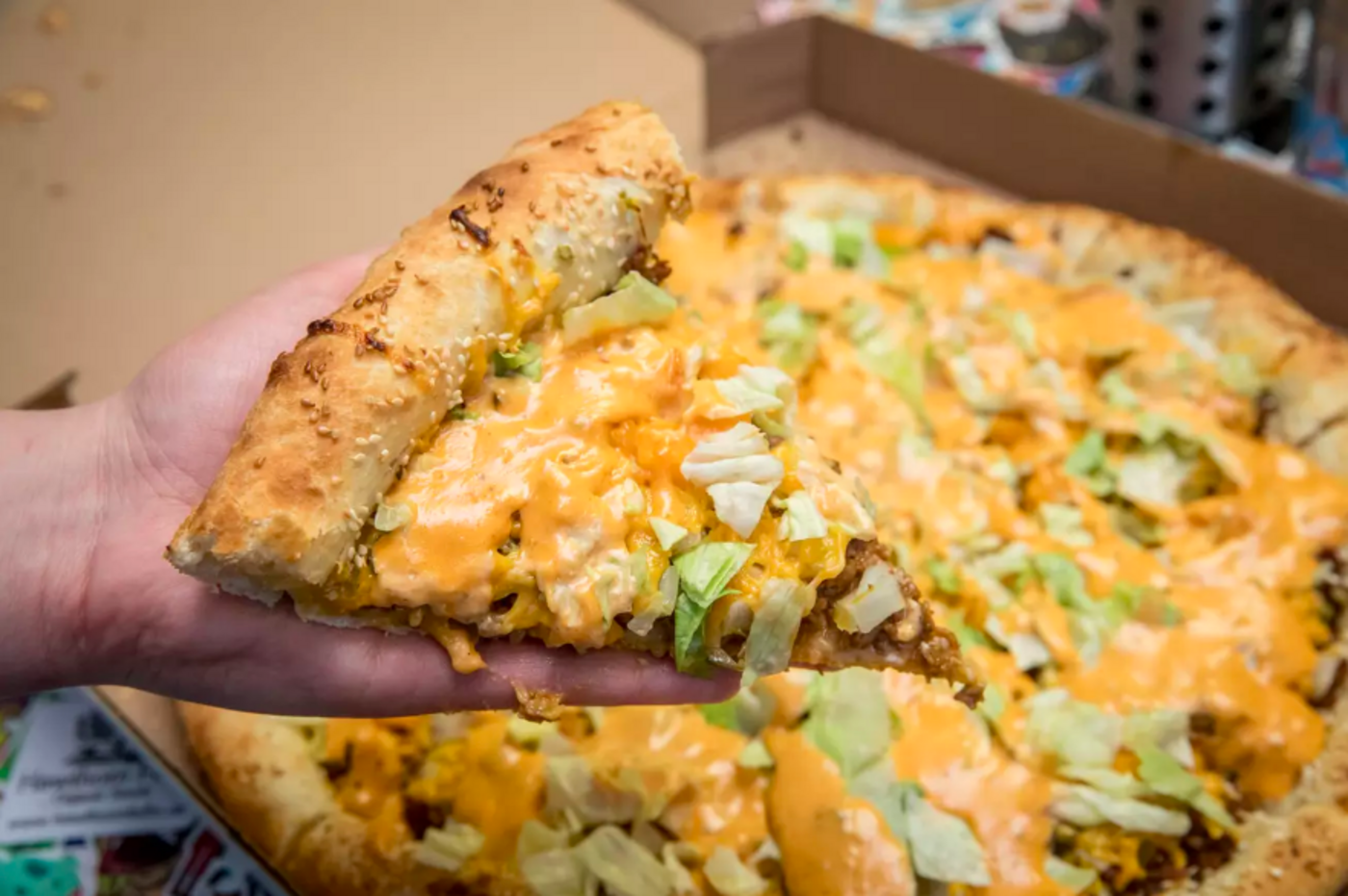 Apiecalypse Now! is one of the most unique newcomers to the area. Photo by Jesse Milns.

But the most recent and exciting addition the neighbourhood is Apiecalypse Now!, the second location of the wildly popular vegan pizza shop at Christie Pits. 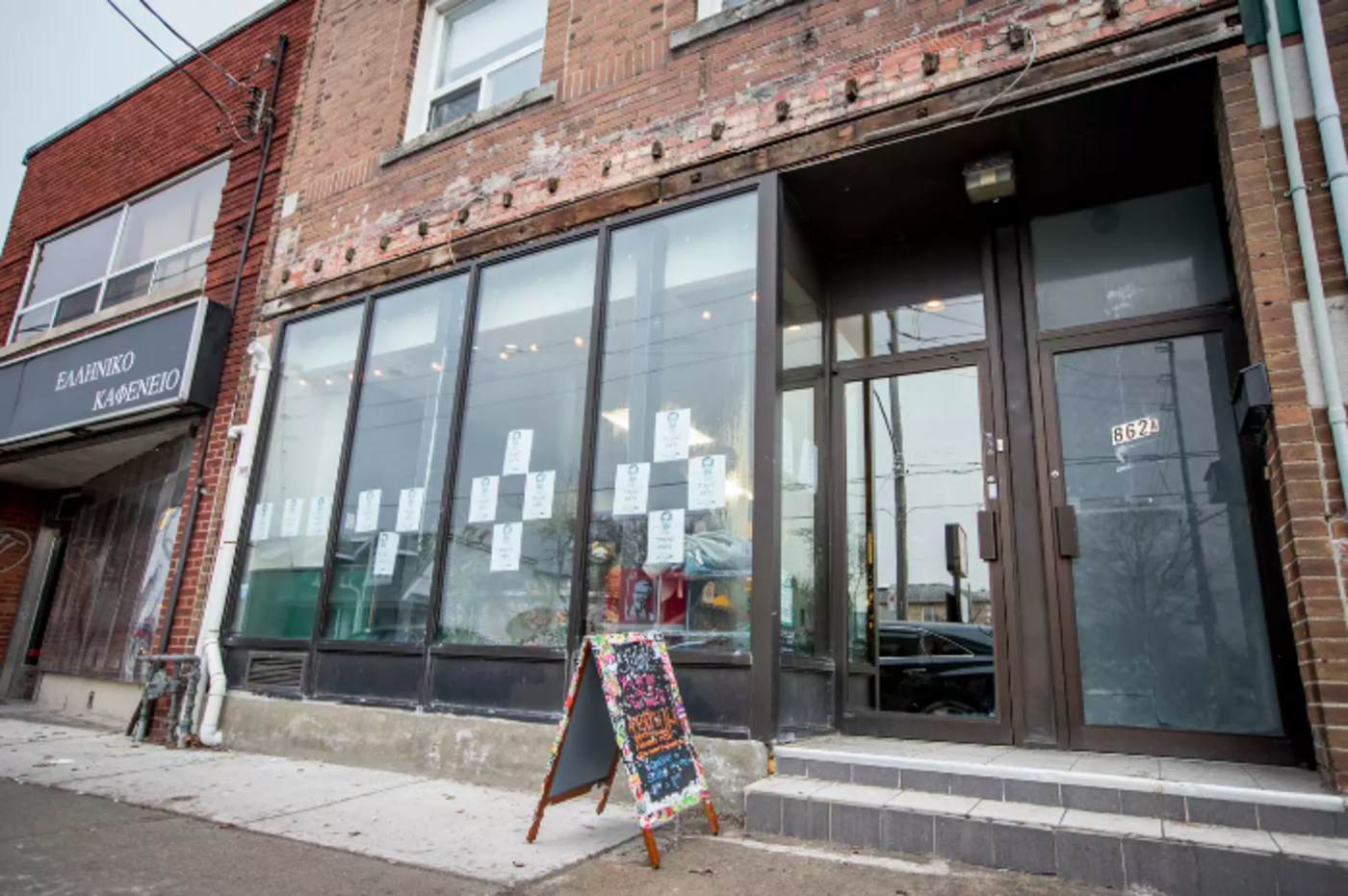 The vegan restaurant is a healthy alternative to other spots in Pape Village. Photo by Jesse Milns.

Offering a healthy alternative to the saucy, meaty souvlaki and biftekia dishes available at popular (and delicious) Greek eateries like Folia Grill or quick dining options like Shawarma Frenzy, Apiecalypse is a destination restaurant luring in Pape Village first-timers. 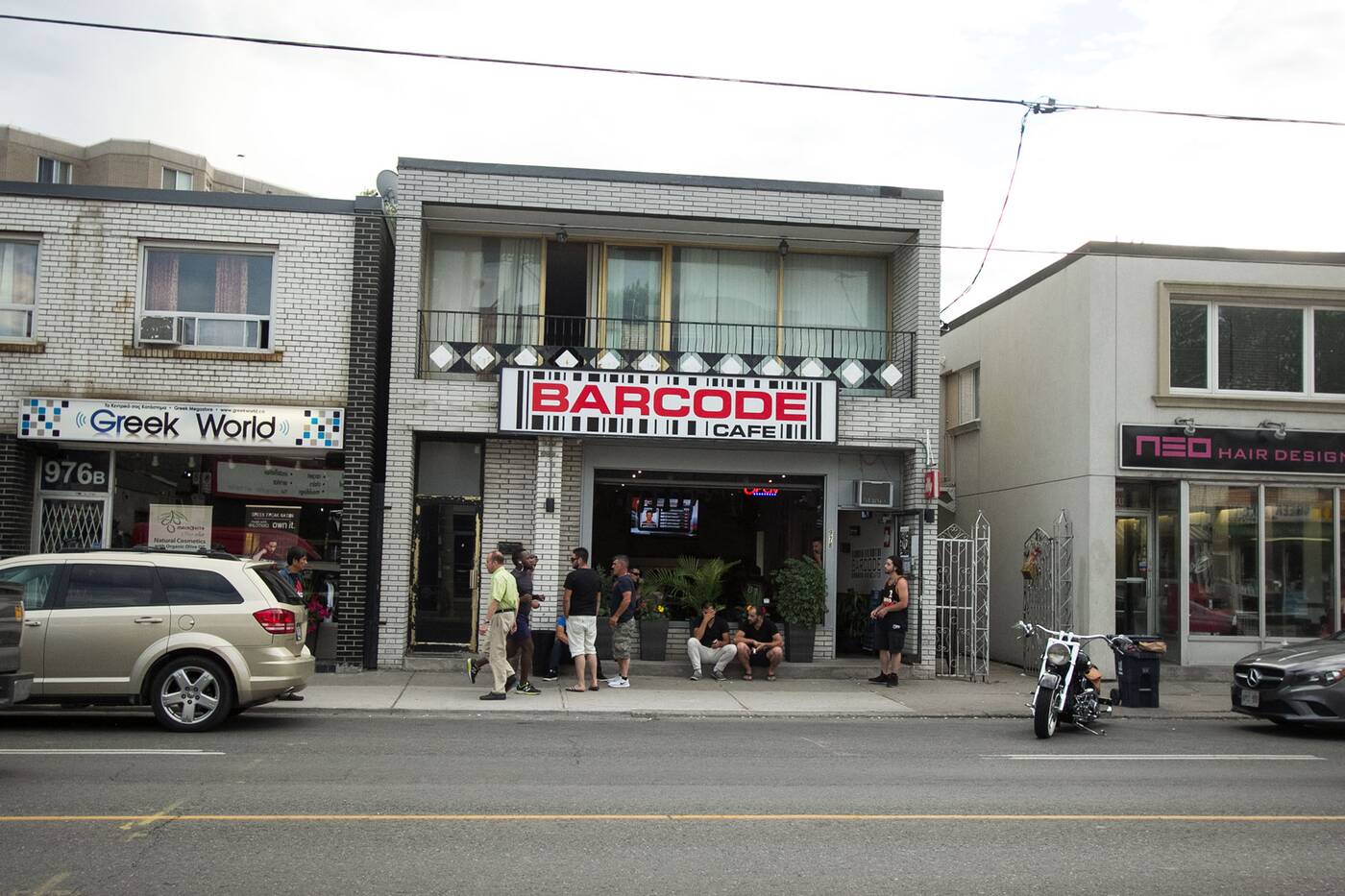 Barcode Cafe is where people go for drinks and live DJ nights.

While this area falls short in bars, it does have Barcode Cafe, a go-to for many Greeks to watch soccer games and enjoy live DJ nights at the end of the week. 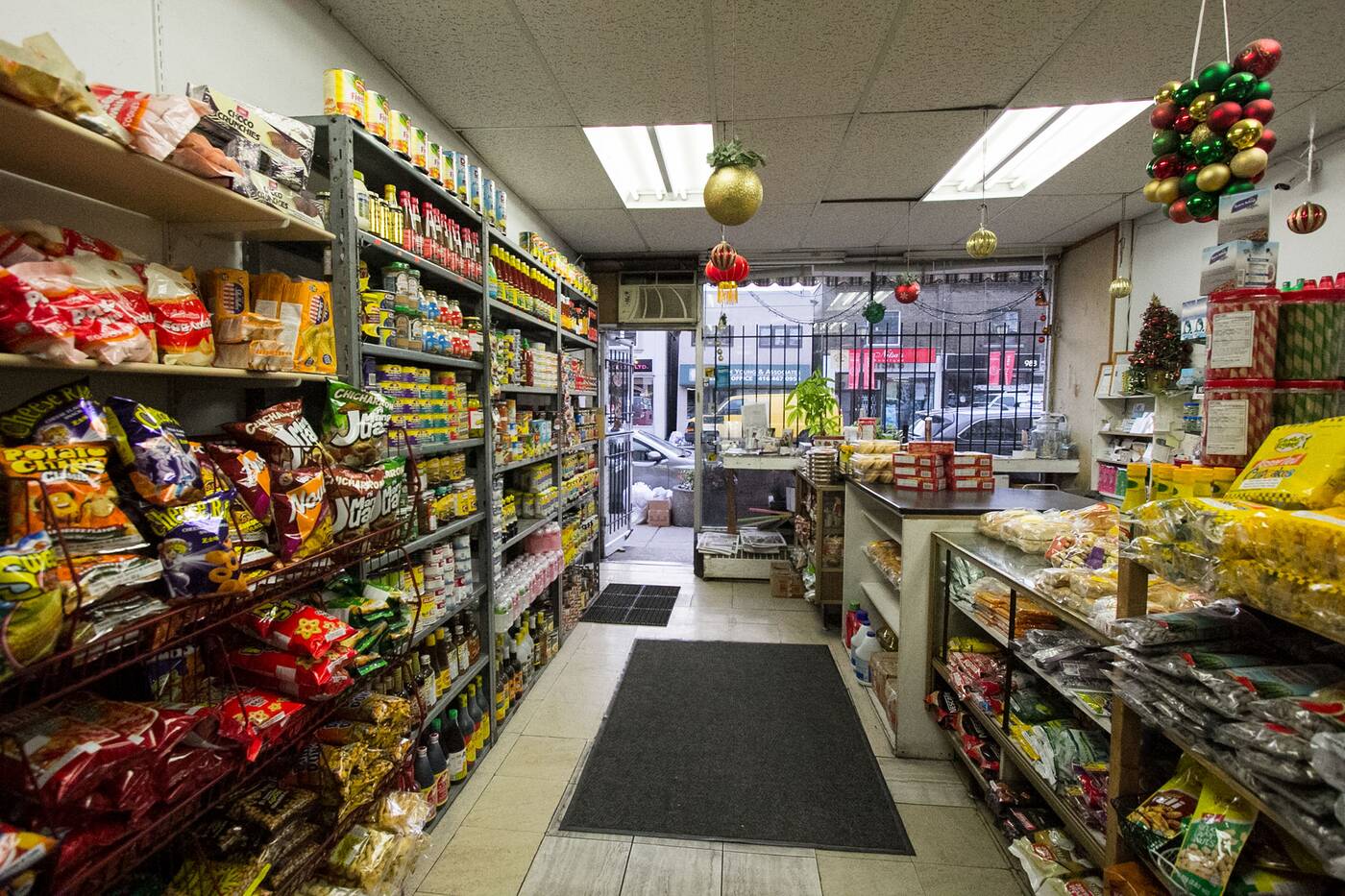 Oriental Market is one of the few longstanding non-Greek businesses in Pape Village.

You'll also find a few longstanding non-Greek businesses like Chelsea's or Oriental Market, a 13-year Filipino store run by Elsa Ramos that sells everything from Adobo to sticky rice, courtesy of the same people behind the popular boodle fight restaurant Tinuno in St. James Town. 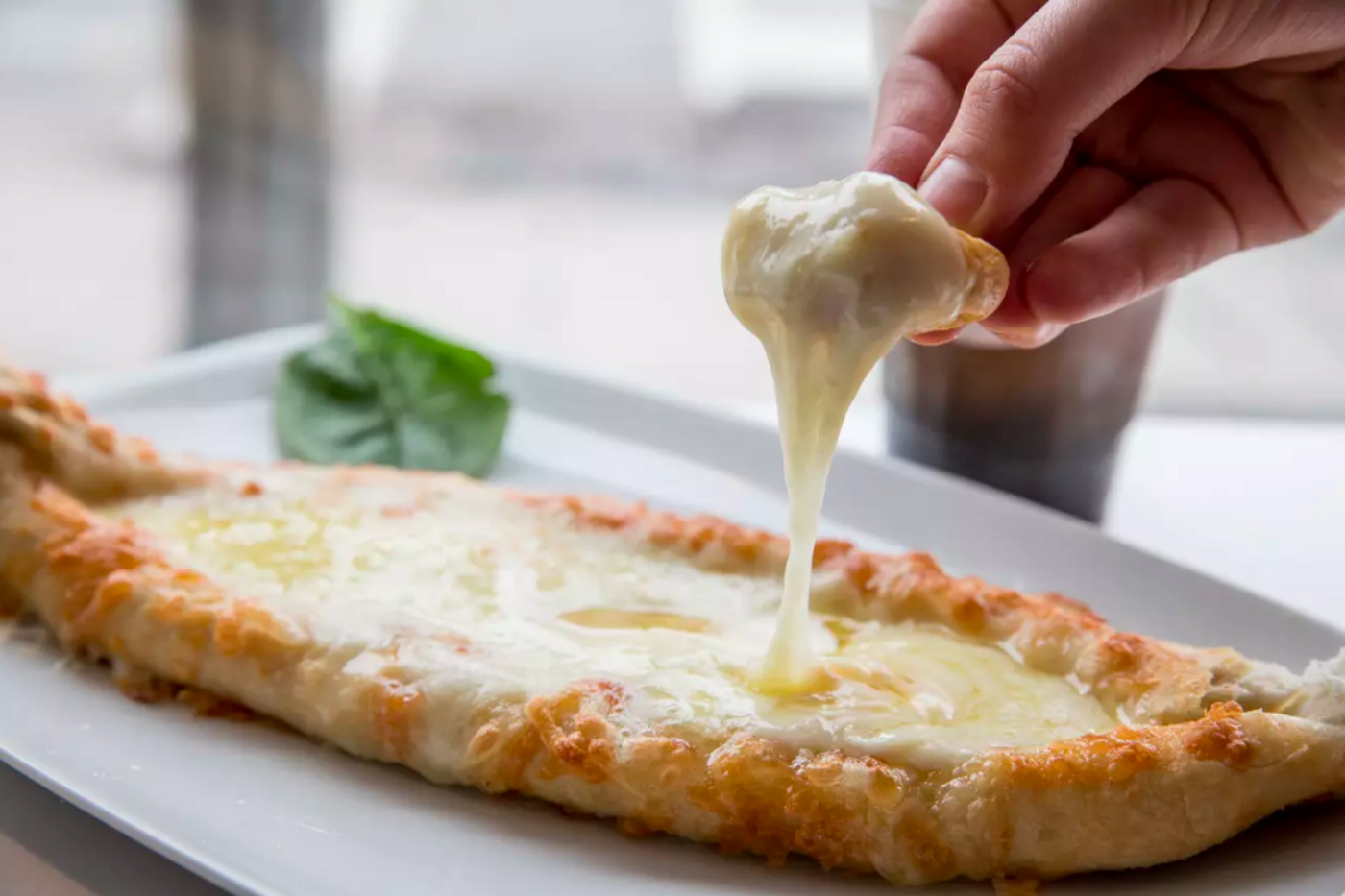 Meanwhile, newer Greek businesses like Phyllo Cafe are putting modern twists on classic recipes with bilingual menus that includes dishes like "The Sweetest Torontonian Cheese Pie" and their quintessential "Poseidon Cheese Boat", a decadent feast of dough, cheese and butter. 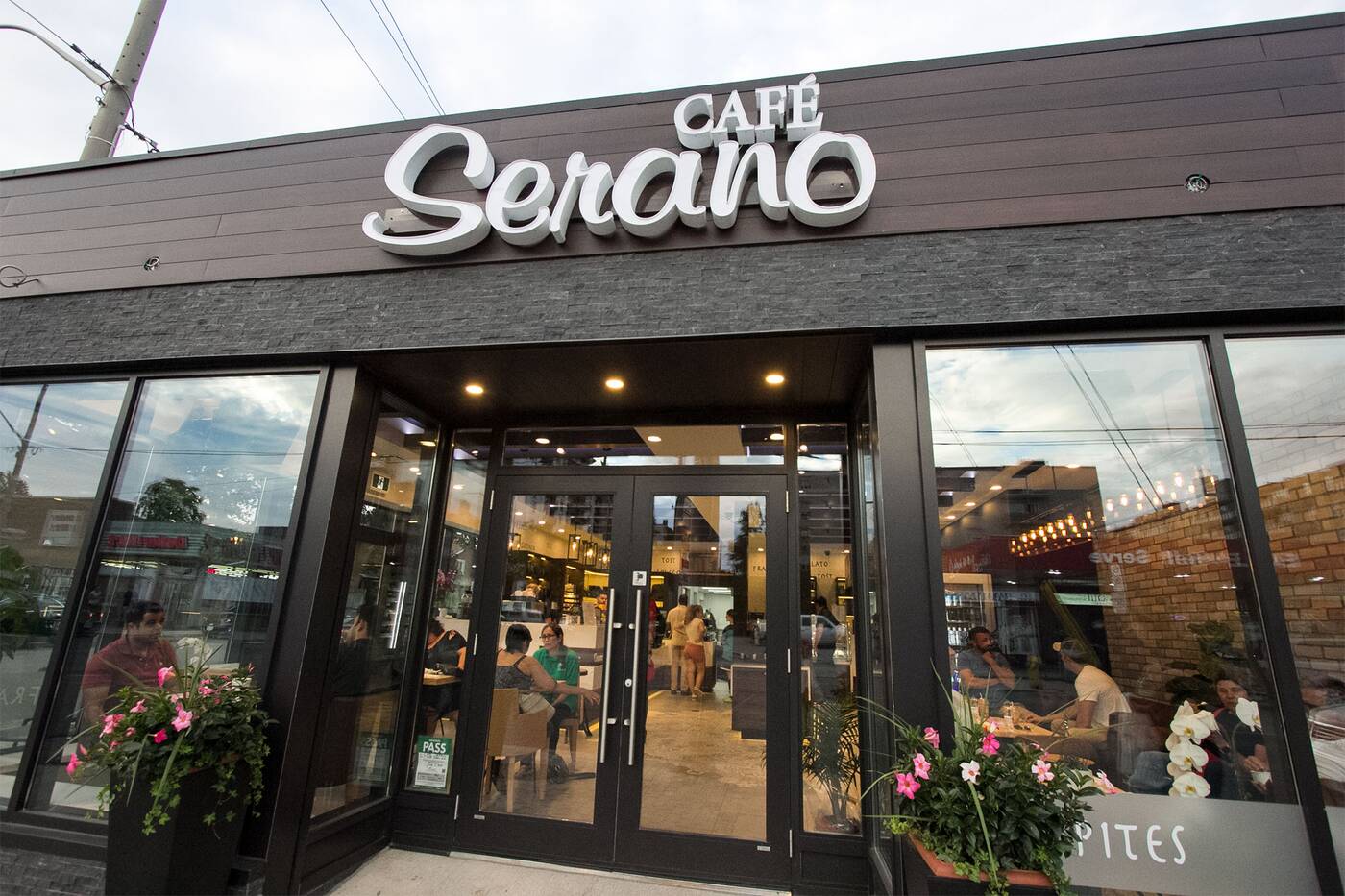 And of course there's Serano Bakery, the famous Greek spot that's gained a reputation Toronto-wide for its huge array of authentic baklavas. Its renovated and expanded with the highly anticipated Cafe Serano, located at the northernmost part of Pape Village. 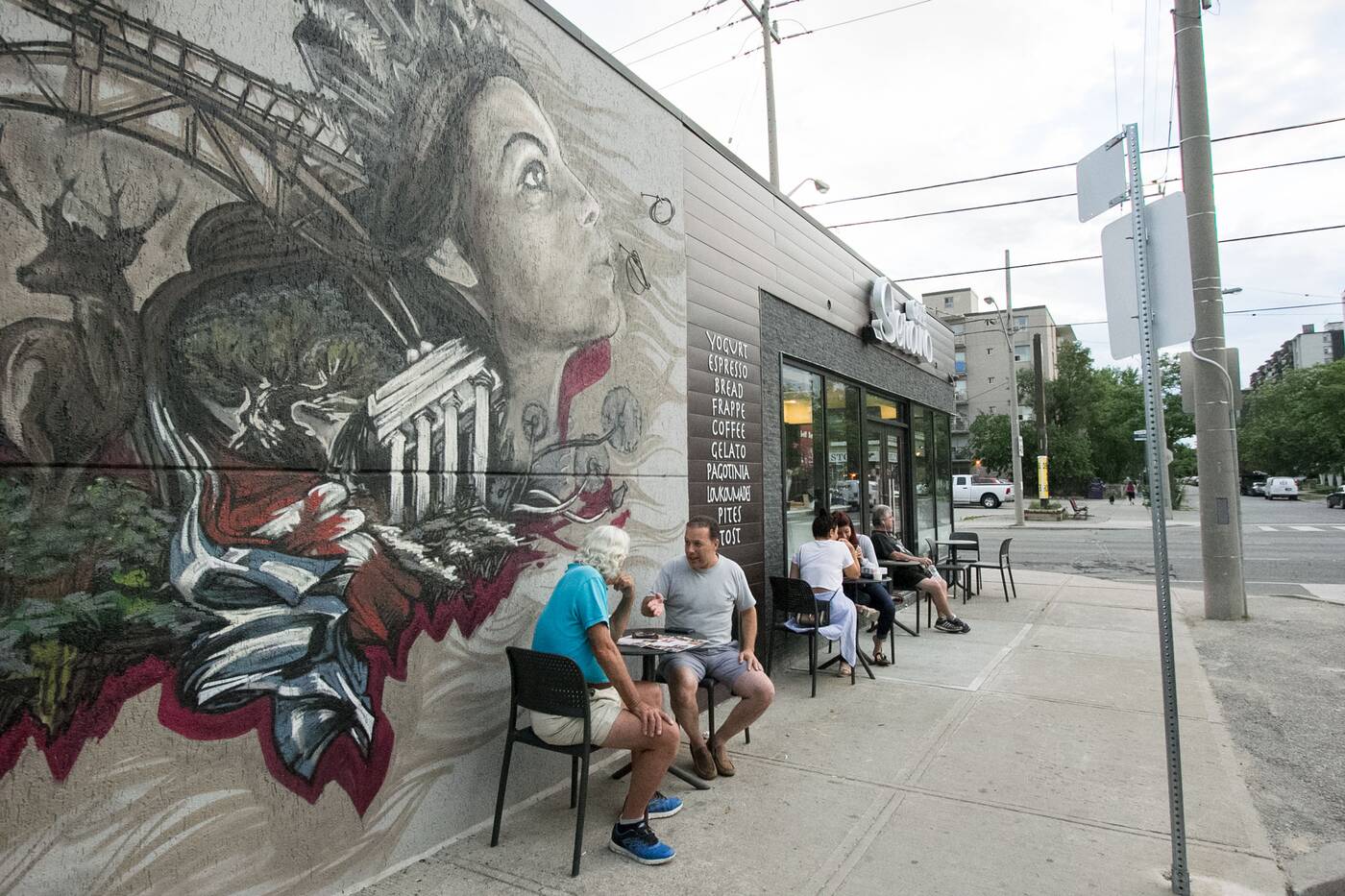 Cafe Serano offers espressos, gelato, and a small patio just off of Pape.

The cafe, which features a mural by Greek-Toronto street artist BamBam, offers a small store-side patio that sits just north of the McDonalds at the corner of Cosburn. On warm days you'll usually find large groups of locals gathering in the shadow of its golden arches. 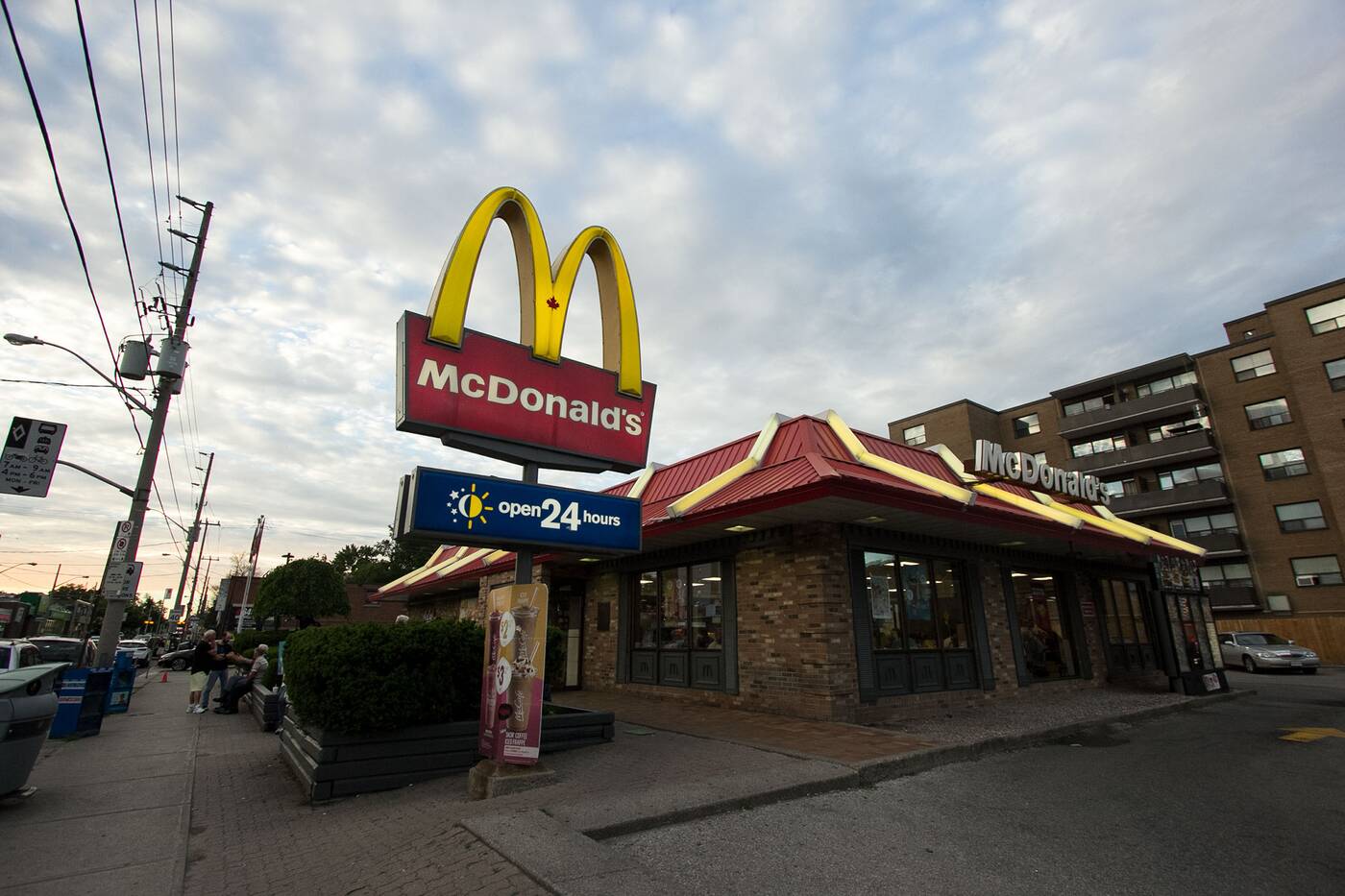