808 Social is a coffee bar on Pape Avenue a few blocks north of Pape subway. They serve espresso drinks and pastries to commuters on the go, but also have plenty of space and free WiFi.

It's run by Rudee Nik, a former producer and DJ who has travelled the world for his music and owned several nightclubs. Although this spot does sit at 808 Pape, that's actually just a happy coincidence: he also wanted to name it that after the legendary 808 Roland drum machine many musicians are probably familiar with. 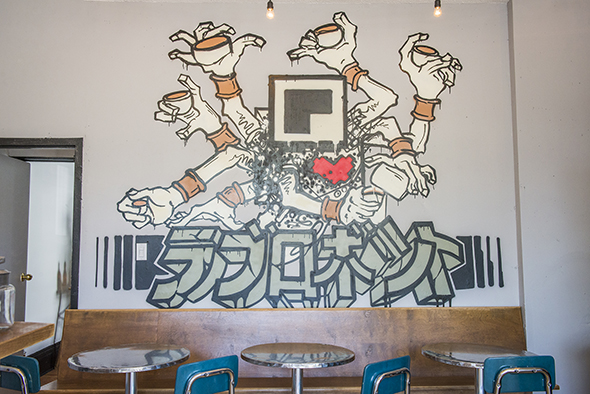 The front space is dominated by a large Lovebot mural. Invented by local artist Matthew Del Degan, Lovebot originated as cast concrete sculptures placed around town guerilla-style, and this spray paint version depicts an eight-armed version of that character.

Del Degan was apparently booked for projects months in advance, but he made a special exception working all night to complete this piece for 808 Social. 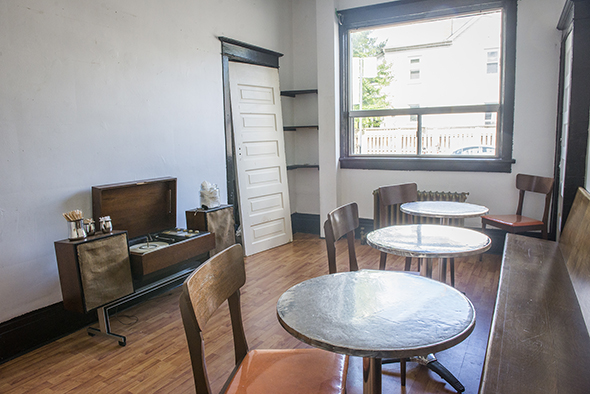 Beyond the front room is a quieter back room with old church pews for furniture and a functioning record player. It almost feels like a living room, with a vibe that would be great for working or relaxing in. 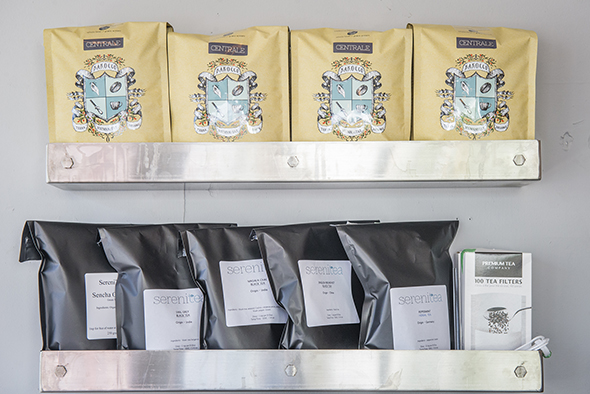 They brew using Mississauga's Barocco beans, specifically their Centrale traditional espresso roast. They also use Serenitea teas, prized for their consistency and high quality. Serenitea also sources their teas from around the world, like an earl grey from India, where they apparently make the best earl grey tea. 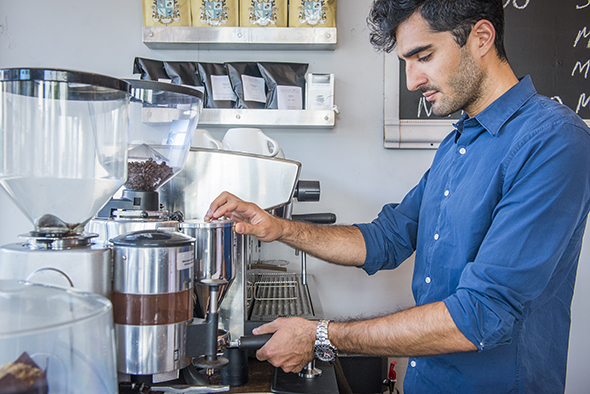 Their espresso machine is from Italy, but the real magic actually happens in the expensive, top-of-the-line Mazzer coffee grinder. The grinding blade rotates at a low RPM, as opposed to some grinders that operate at an extremely high RPM, sometimes burning the beans. This grinder is high-powered for quantity, but with a lower RPM to preserve the beans. 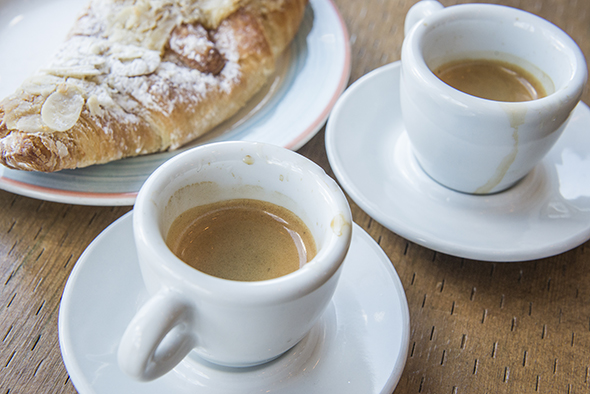 They serve classic espresso, no bones about it. It's $2.25 for uno espresso, and $2.75 for a doppio. You can even wash it down the traditional way with complimentary San Benedetto sparkling water. Their milk drinks are reasonably priced as well, a cappuccino going for just $3.50 - $3.75. 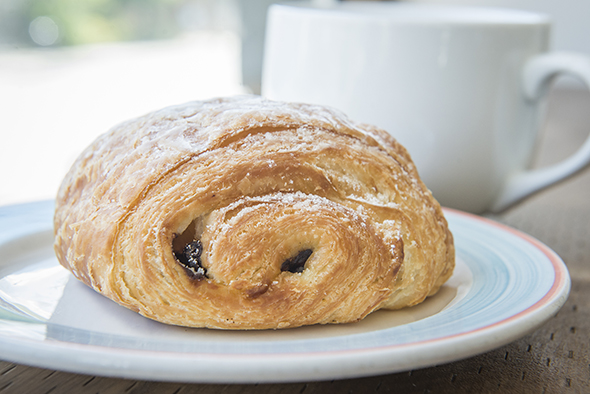 They also sell pastries like this croissant ($2.50) from Circles and Squares. They chose this brand because they represent the highest commitment to consistency, delivering their goods fresh at 6 a.m. every day. 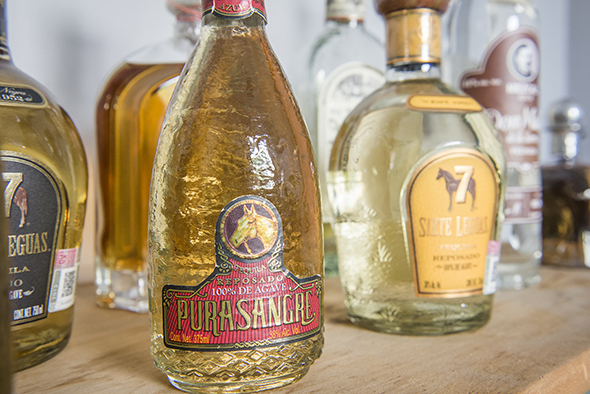 Nik is an aficionado of both coffee and music, but has another passion as well: for high-quality, rare, and small-batch tequilas and mezcals. There are bottles on display in the back room right now, and one day when you pass by on your way back from the subway at the end of the day, you might just find they're open and available to sip on something even a little more potent than espresso. 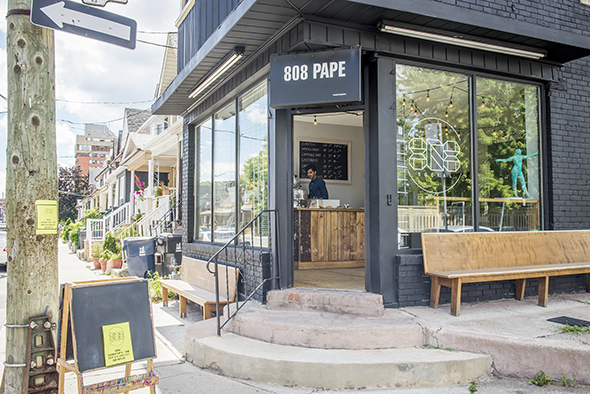