Apiecalypse Now! left Mirvish Village , not because of some foreboding premonition, but for the greener pastures of Christie Pits. Doh! Since they've expanded operations to be one of the first extensive vegan pizzerias in the city, it's now a toss up between their pizza pies, sandwiches, snacks, and desserts.

For the latter you'll find such gems as vegan soft serve, bread pudding, and the iconic Simpsons donut. 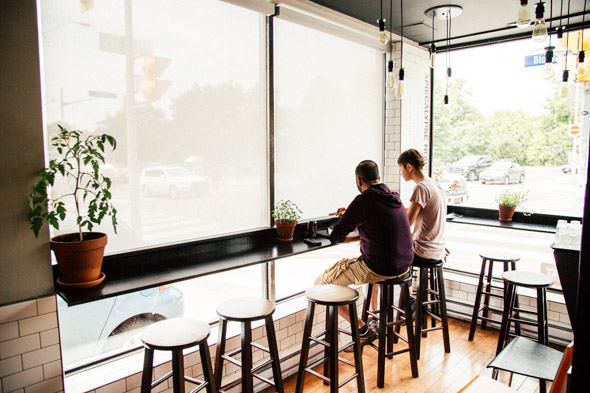 Their thin-crust dough is made in-house throughout the day to ensure freshness. Owner Jennifer Bundock has been tweaking it over time, so the proofing process isn't traditional. There are plans to do a deep-dish and a gluten-free crust later in the year. Notably, Apiecalypse uses an organic wheat flour that they buy directly from an Ontario mill.

I tried a slice of the Pepperphony ($3.20 slice; $14 sm; $22 lg), which features vegan pepperoni slices, and a vegan Daiya mix of mozz and jack cheese, as well as local organic tomato sauce. Daiya, for those not well-versed, is made from tapioca and pea protein, so it is both gluten and soy free. 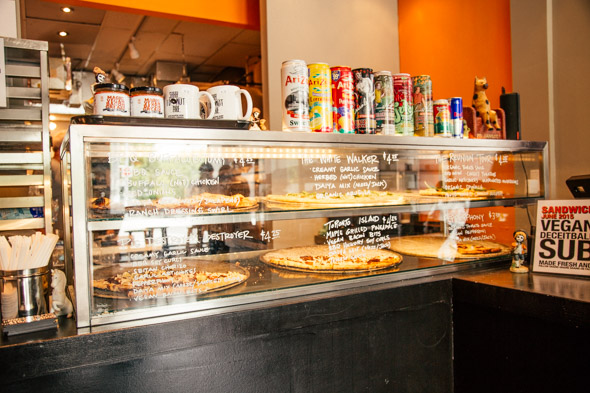 For those who aren't full-blown vegan, the Reunion Tour ($4.25 slice; $15 sm; $23 lg) is a solid option since it uses neither mock meat nor Daiya cheese. It's the old-school vegetarian slice on the menu, stacked with cherry tomatoes, red onion, artichokes, marinated mushrooms, spinach and sauce. 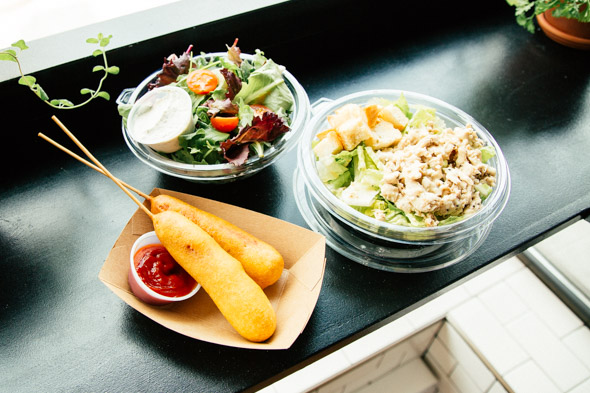 Apiecalypse also has an impressive roster of vegan snacks. Yeezy bread ($7.25) is their vegan take on garlicky, cheesy breadsticks. Their Caesar salad ($8) is a straightforward but tasty entry with secret-spiced mock chicken. Most satisfying were their vegan korn dogs ($4.75). Perfect as a post-baseball game stopgap. 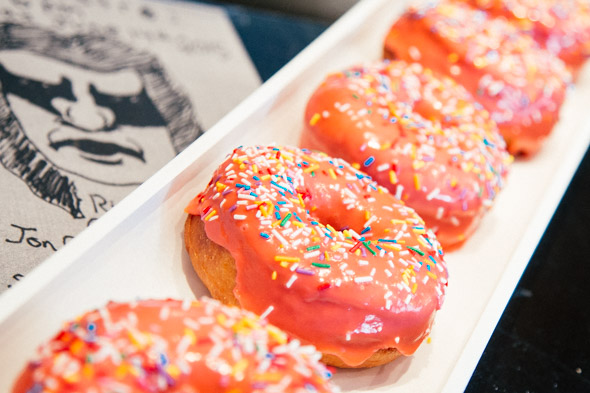 Vegan or not, their baked goods will be a large draw, especially their donuts ($2.50 reg; $3 fancy). Recipes rotate, but one of their mainstays is the pink-glazed, sprinkled Simpsons donut, as well as the Peanut Butter Cookie Fudge Bomb donut, which is glazed, then topped with peanut butter caramel, Oreo cookie bits, chocolate fudge sauce, and chopped peanuts. 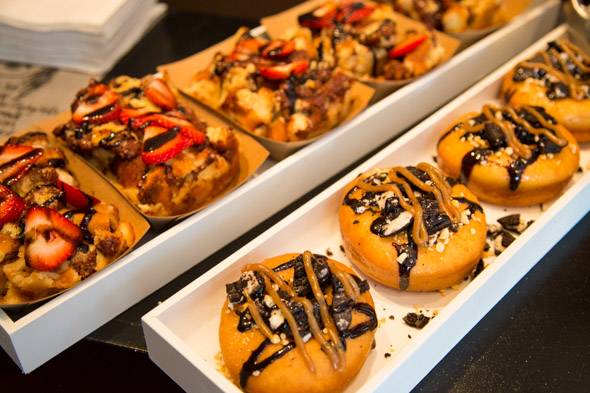 On occasion they have the White Squirrel, which is a marshmallow cream and chopped nut donut and Black Metal donuts make an appearance occasionally, which are spicy cinnamon sugar with a fudge pentagram. Spoiled from sweet to savoury, Apiecalypse has differentiated themselves from the other vegan outposts that have focused on bakery items. 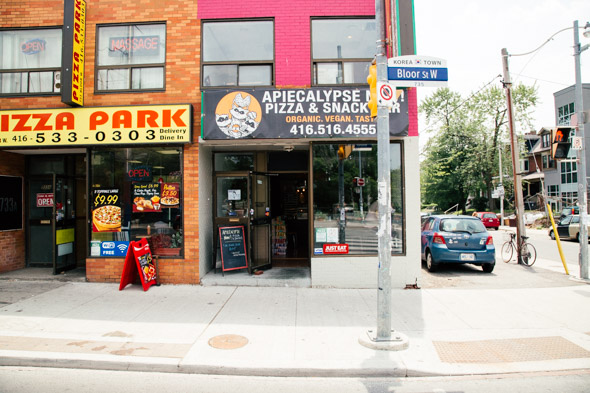