Little Manila is Toronto's home to Filipino food and culture

For decades, the intersection of Bathurst and Wilson has mostly been associated with a large pocket of Toronto's Jewish population. With Bathurst Manor and B'Nai B'rith just blocks away, it's not hard to see why.

But over the past few years, this North York neighbourhood has begun to see a separate identity emerge, more formally recognized by another name: Little Manila. 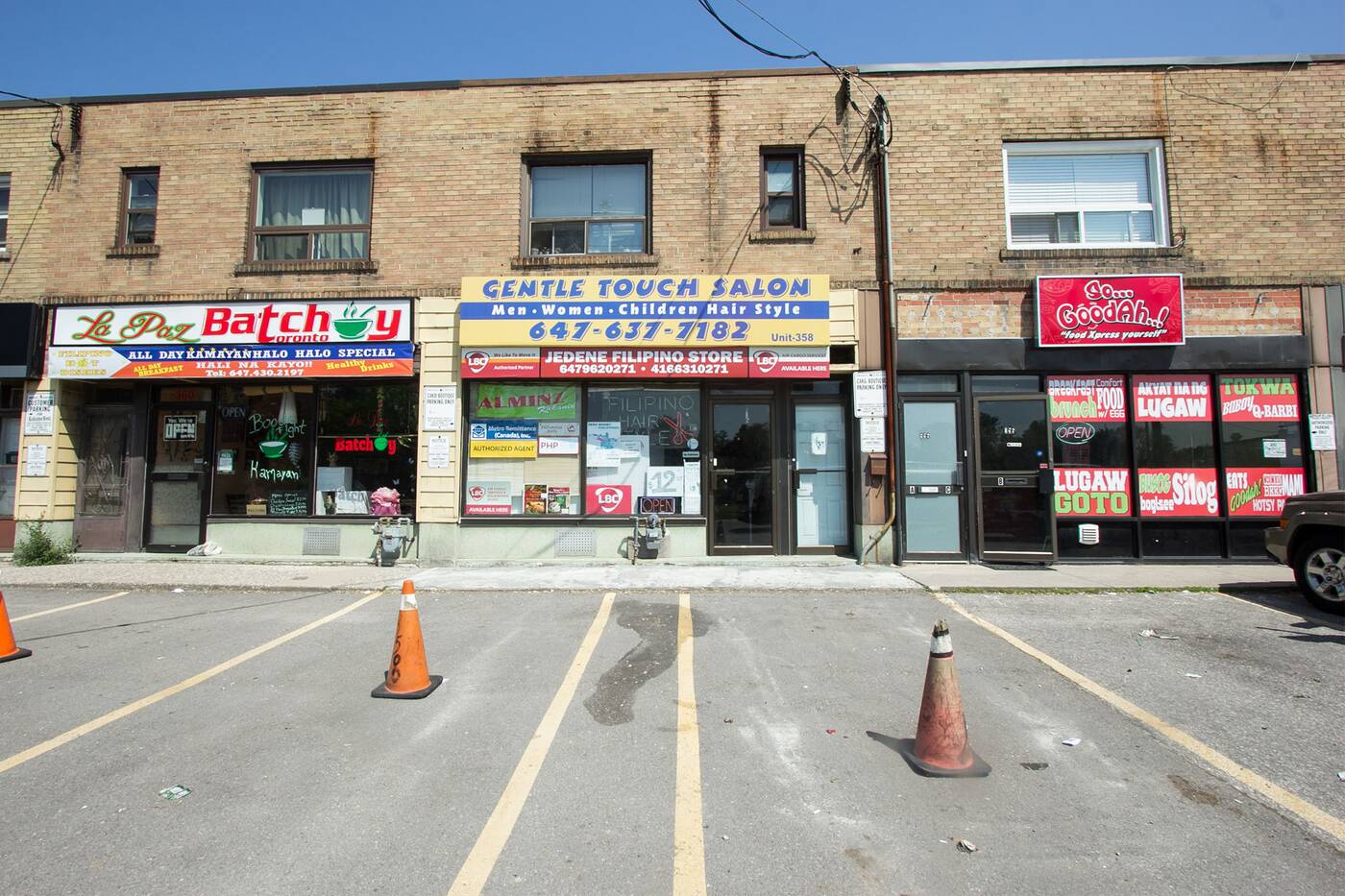 There are approximately 47 Filipino-owned businesses in the small area of Little Manila.

Consisting mostly of restaurants and bakeries serving up lechon, pancit and snacks from the Philippines, Bathurst and Wilson is where you'll find the most Filipino-run businesses situated within walking distance of one another in the city.

According to business owners and locals, the Filipino community saw a major surge in the 1980s and 90s which led to the creation of Little Manila as we see it today. 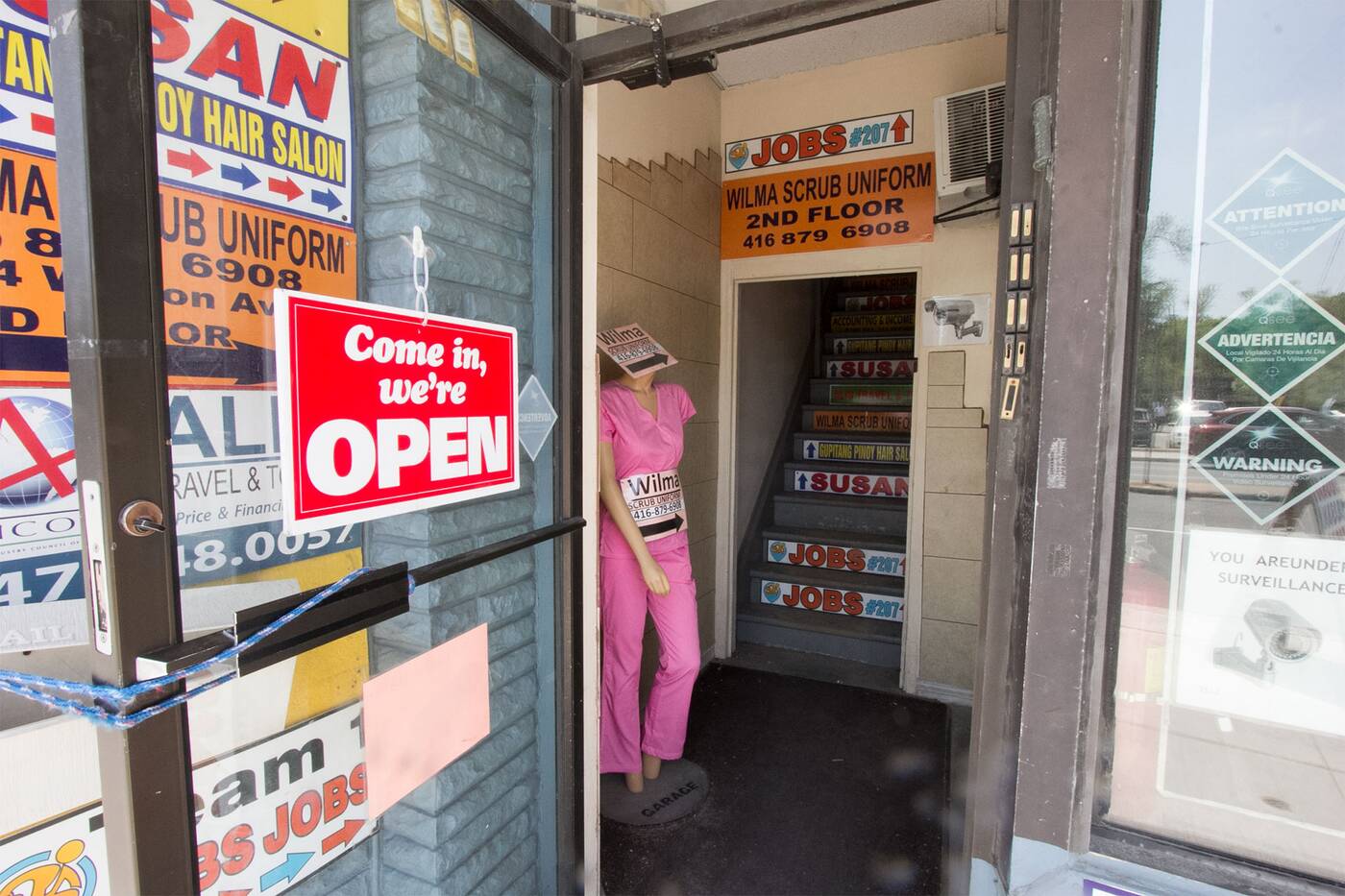 Many businesses in the area service those workig in the caregiving industry.

Due to the now-terminated Live-In Caregiver Program that allowed many people, mostly Filipina women, to find jobs in Toronto, many immigrants were able to work and eventually bring their families to Canada.

The Wilson and Bathurst area became the perfect landing place: populated with an aging, mostly Jewish community in need of care, new immigrants were able to find work and homes outside of other Filipino-dominant areas like St. Jamestown and parts of Scarborough. 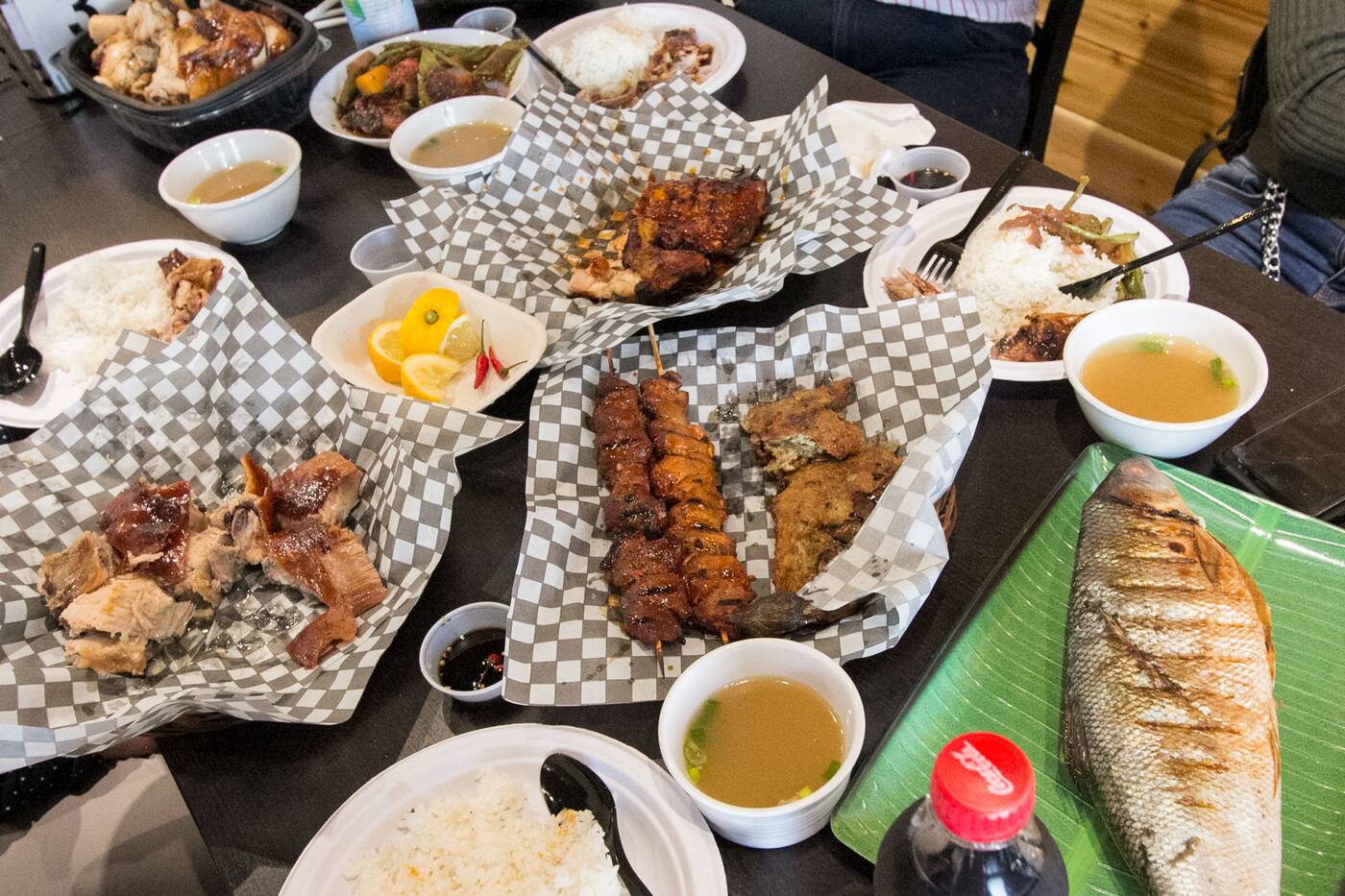 You can get a huge feast to share at Wilson's Haus of Lechon.

Now with the annual Taste of Manila festival that draws thousands to the area every summer (pre-COVID), the neighbourhood has officially established itself as the hotspot for all things pinoy. 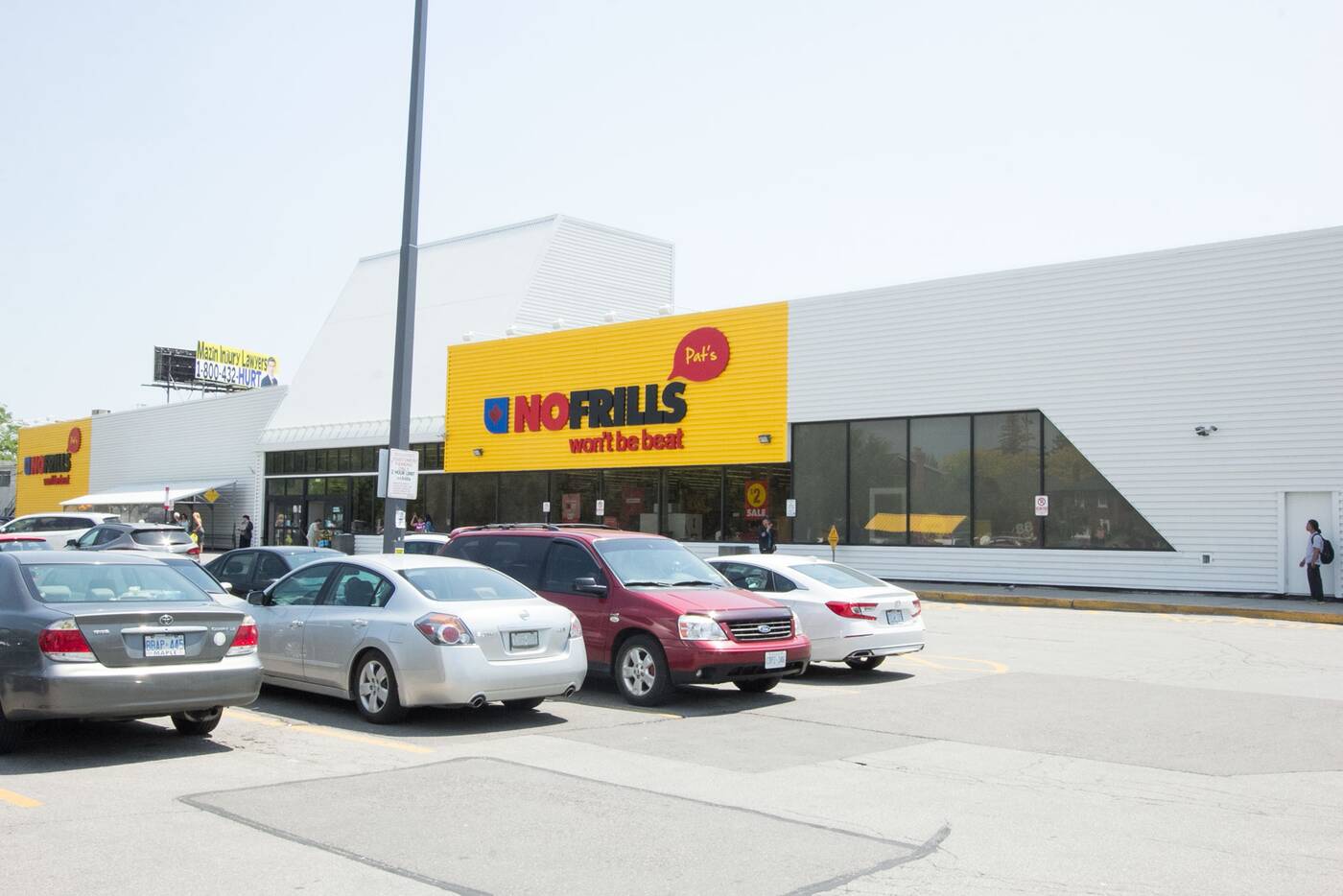 Pat's No Frills has both kosher items for the Jewish community and frozen Filipino favourites. 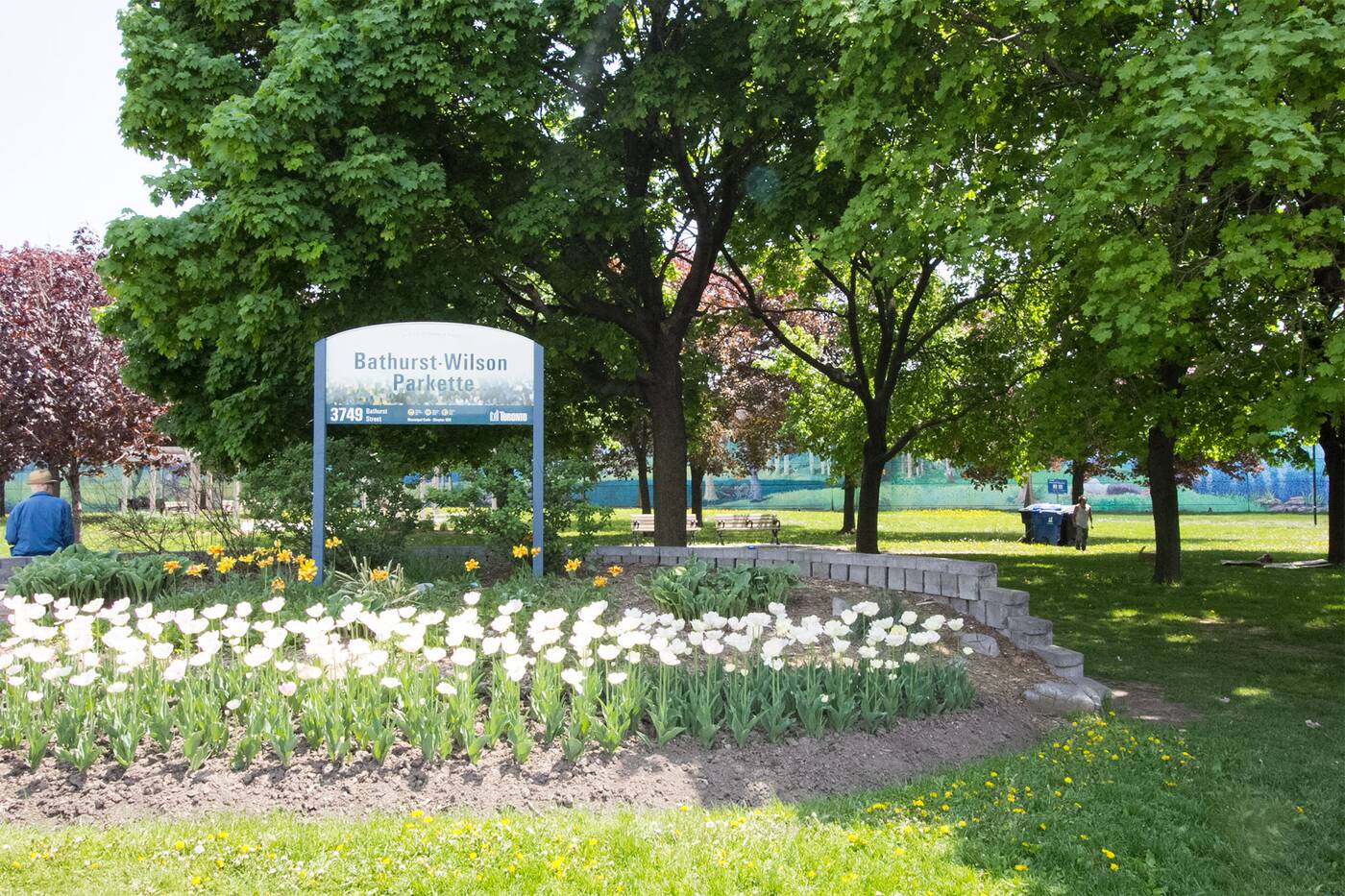 The Bathurst-Wilson Parkette acts as a gathering space for the Filipino community during special events.

Located just beneath the 401 bridge, you'll find the Bathurst-Wilson Parkette which acts as a gathering place for the community during special events like Philippines Independence Day. 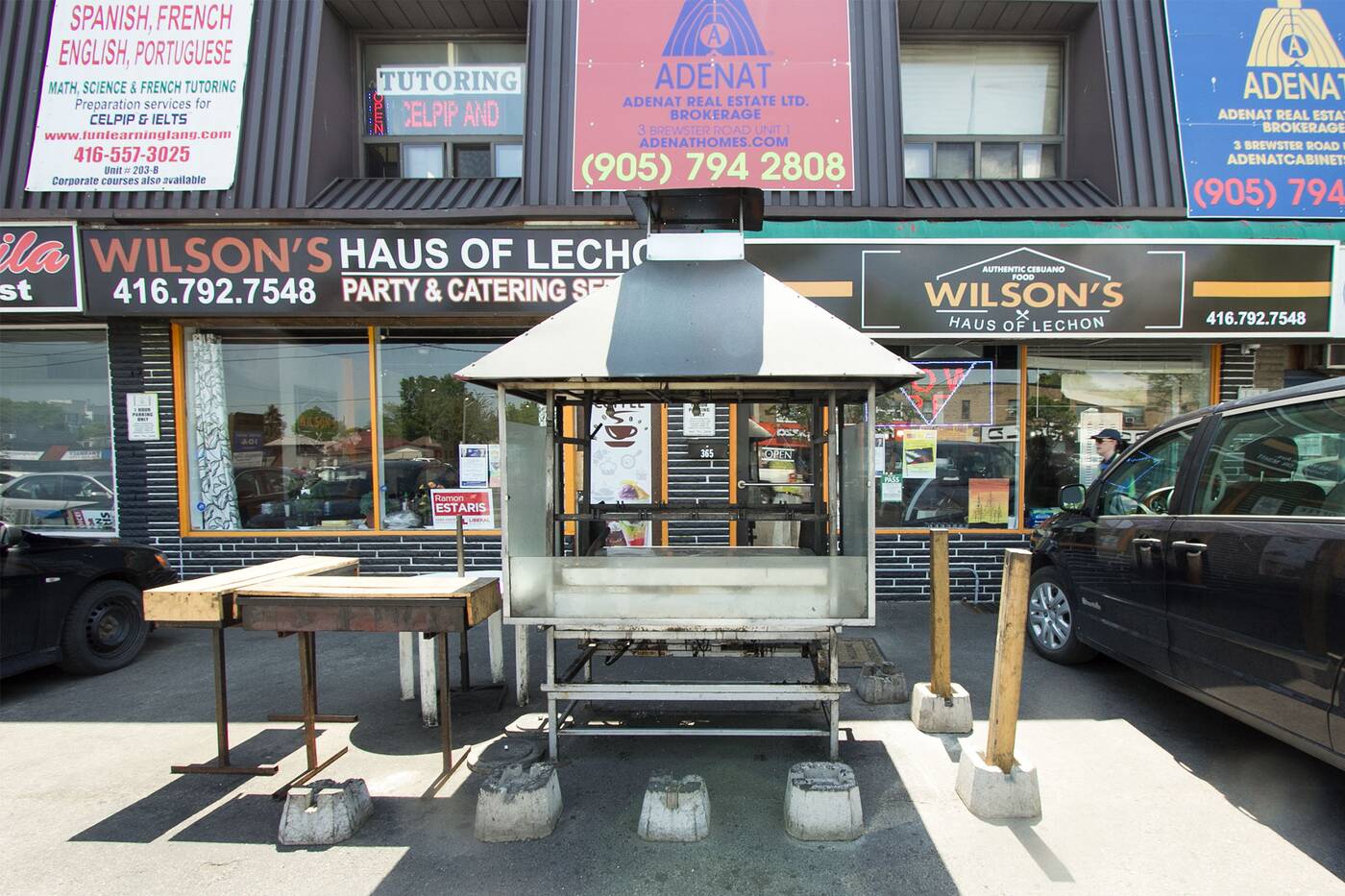 One of the most well-known restaurants in Little Manila right now is Wilson's Haus of Lechon, a purveyor of Cebu-style suckling pig and rotisserie chickens. 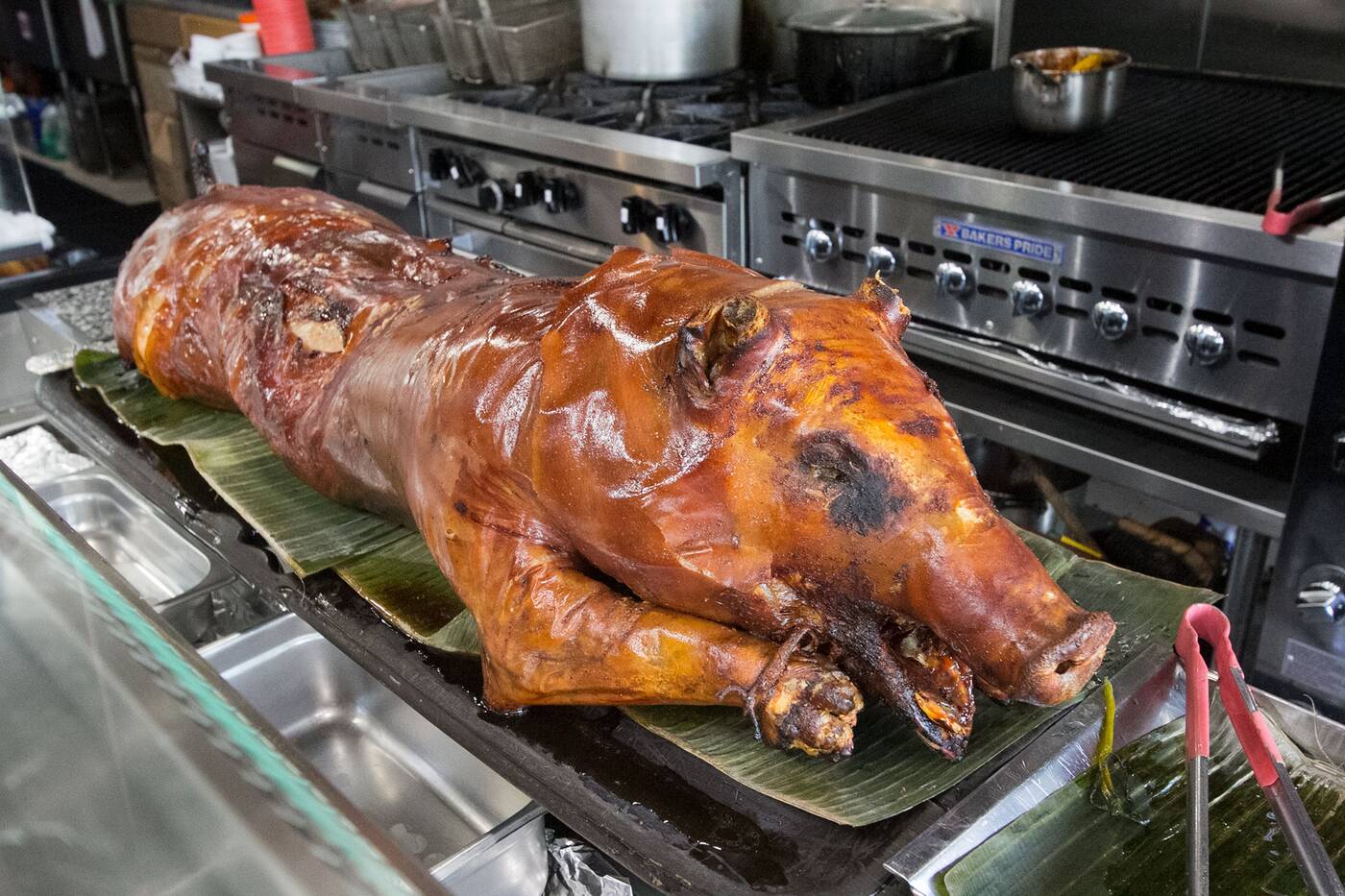 A quintessential meal at family get-togethers, lechon is ordered whole or by the pound. There are a few other establishments roasting up lechon in the area, and around Toronto too, but Wilson's is by far the most popular. 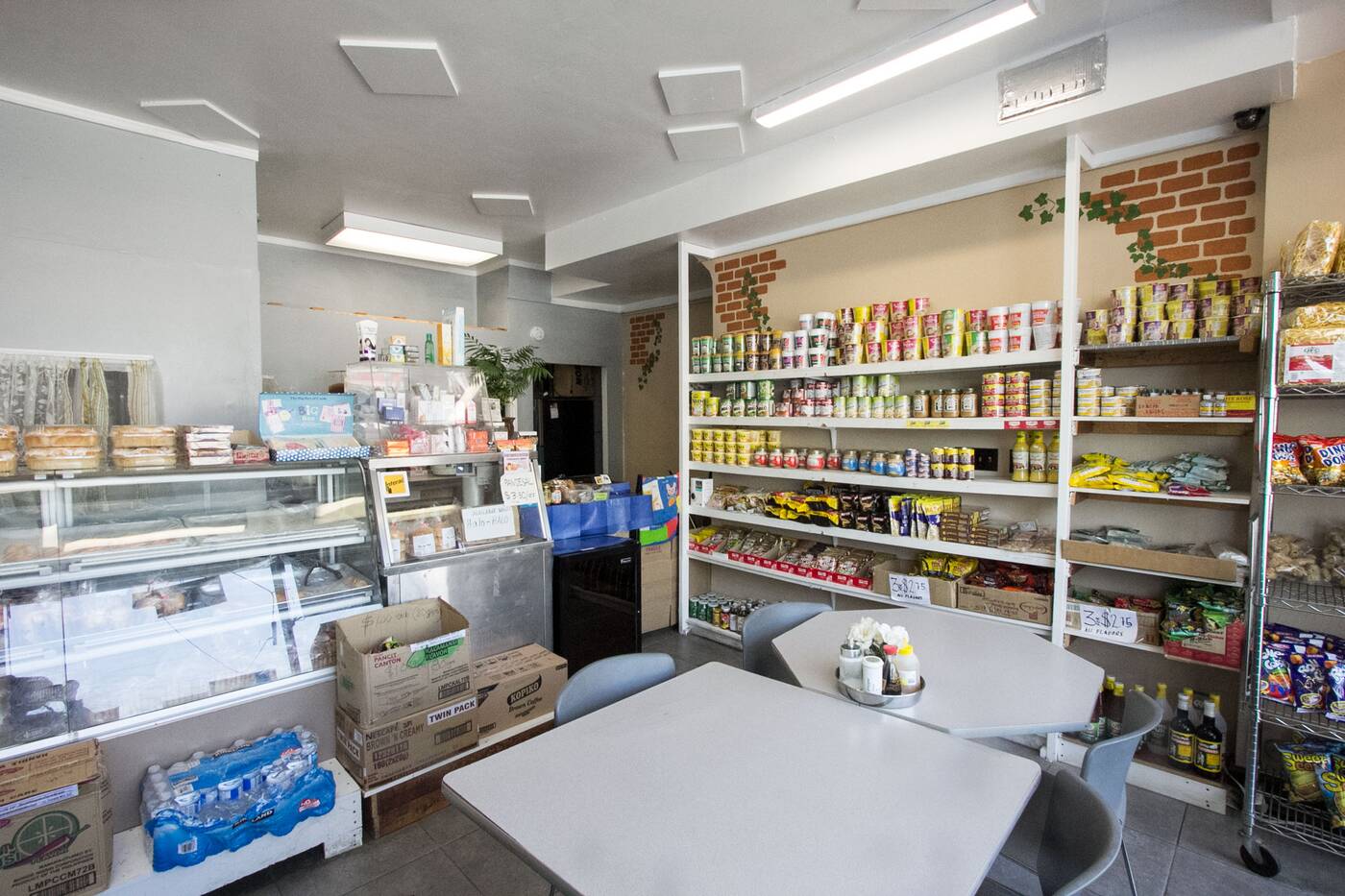 Da Best Filipino bakery has been selling Filipino goods for the past seven years.

In the same strip of businesses is also Da Best Filipino Bakery, a simple store that has stocked tons of Filipino goods, like Kare-Kare mix; dried chicharron (pork rinds) and instant pancit (noodles), for the past seven years. 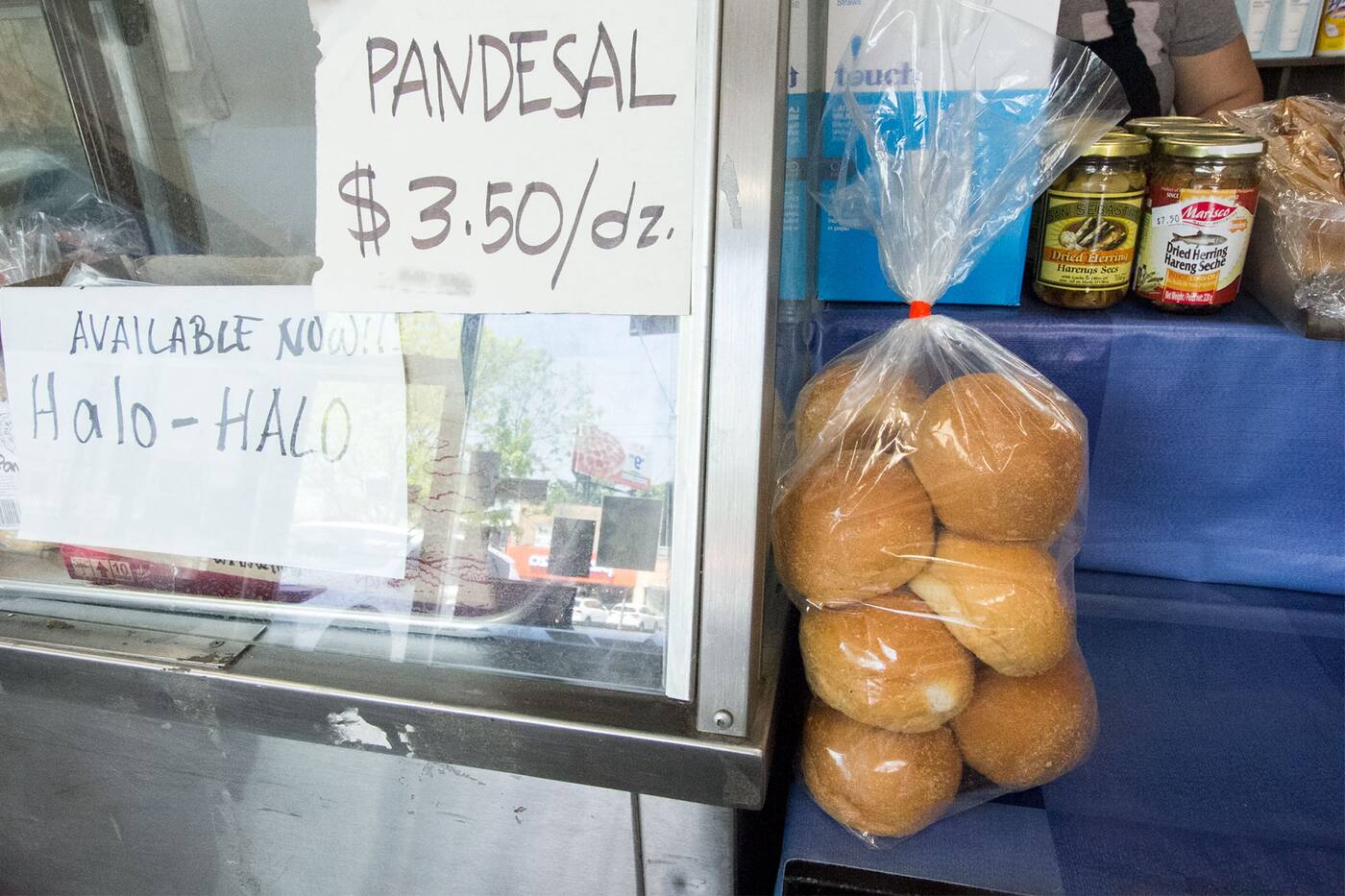 Da Best Bakery specializes in pandesal, which are simple and sweet buns popular in the Philippines.

The sweet scent of bread is the first thing you'll notice here: they sell bags of airy pandesal buns for $3.50, plus pan de coco and pan de buko. 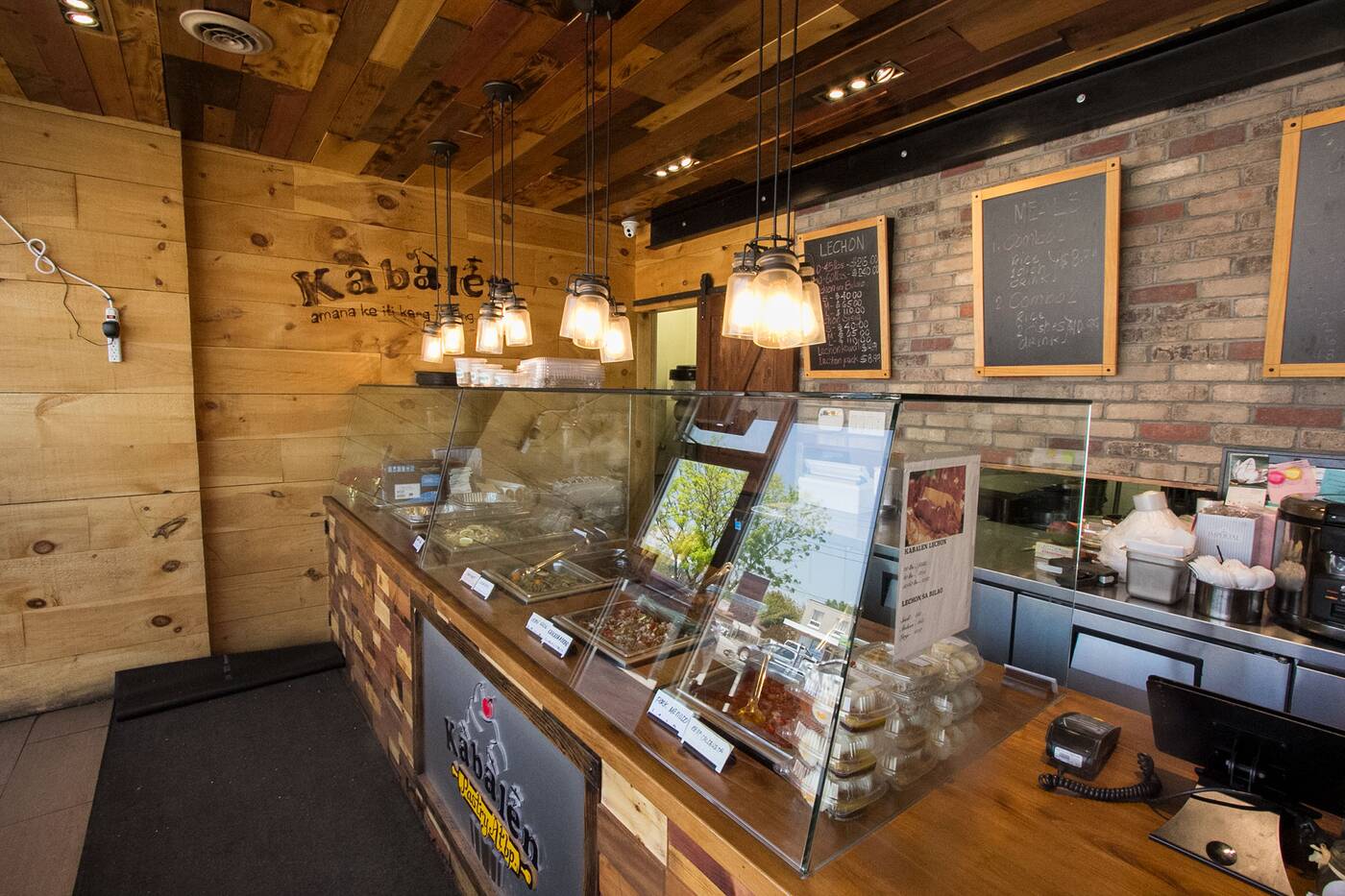 Right next to it you'll also find Kabalen, a secondary location of the original down the street on Bathurst which specializes in Pampanga-style dishes like adobo to-go. 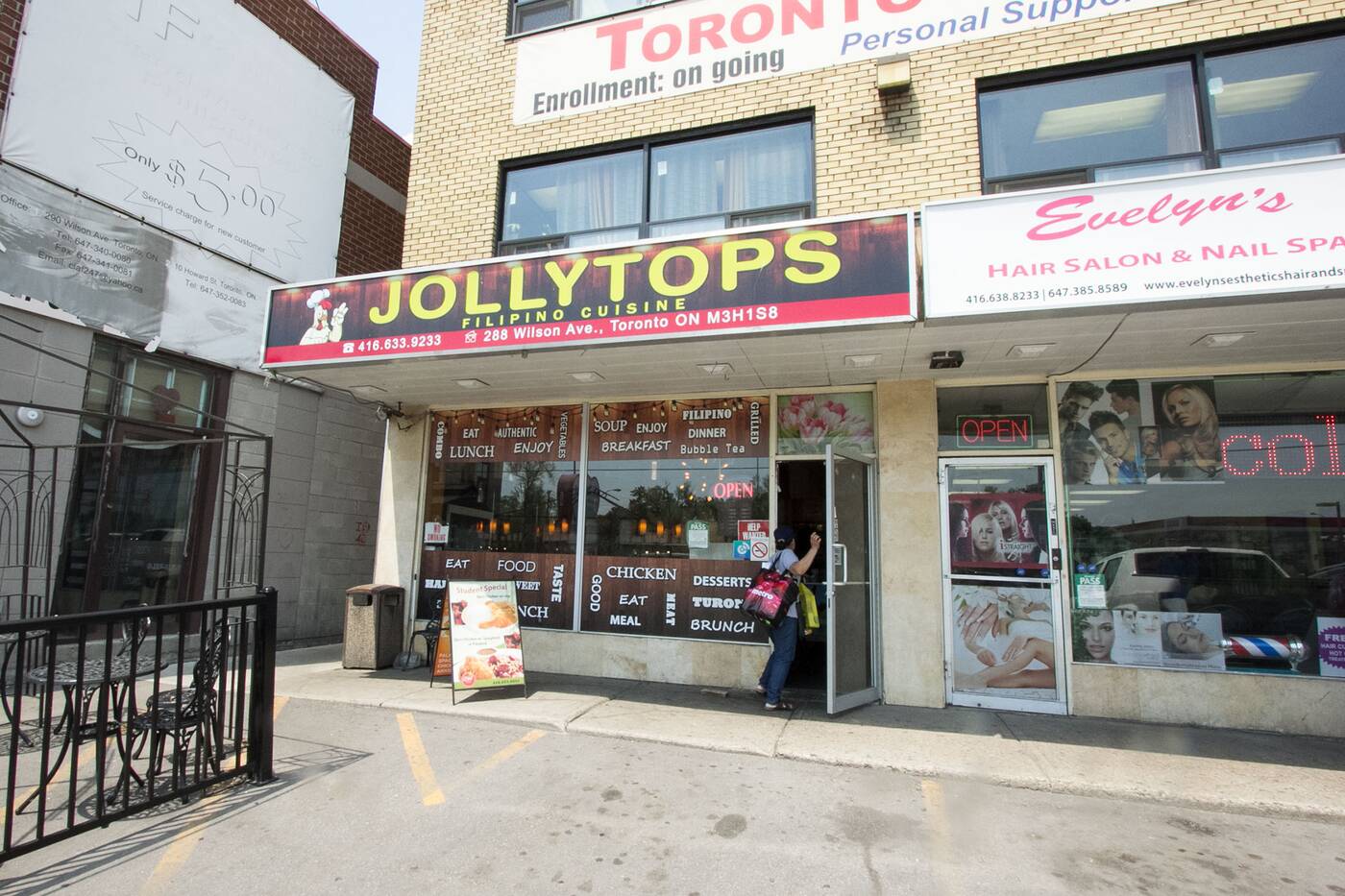 Jollytops specializes in fried chicken, with daily deals and student specials that include spaghetti and pancit.

The restaurant Jollytops take a page from the book of the giant Filipino fried chicken empire Jollibee selling student specials of fried chicken with spaghetti or palabok noodles. 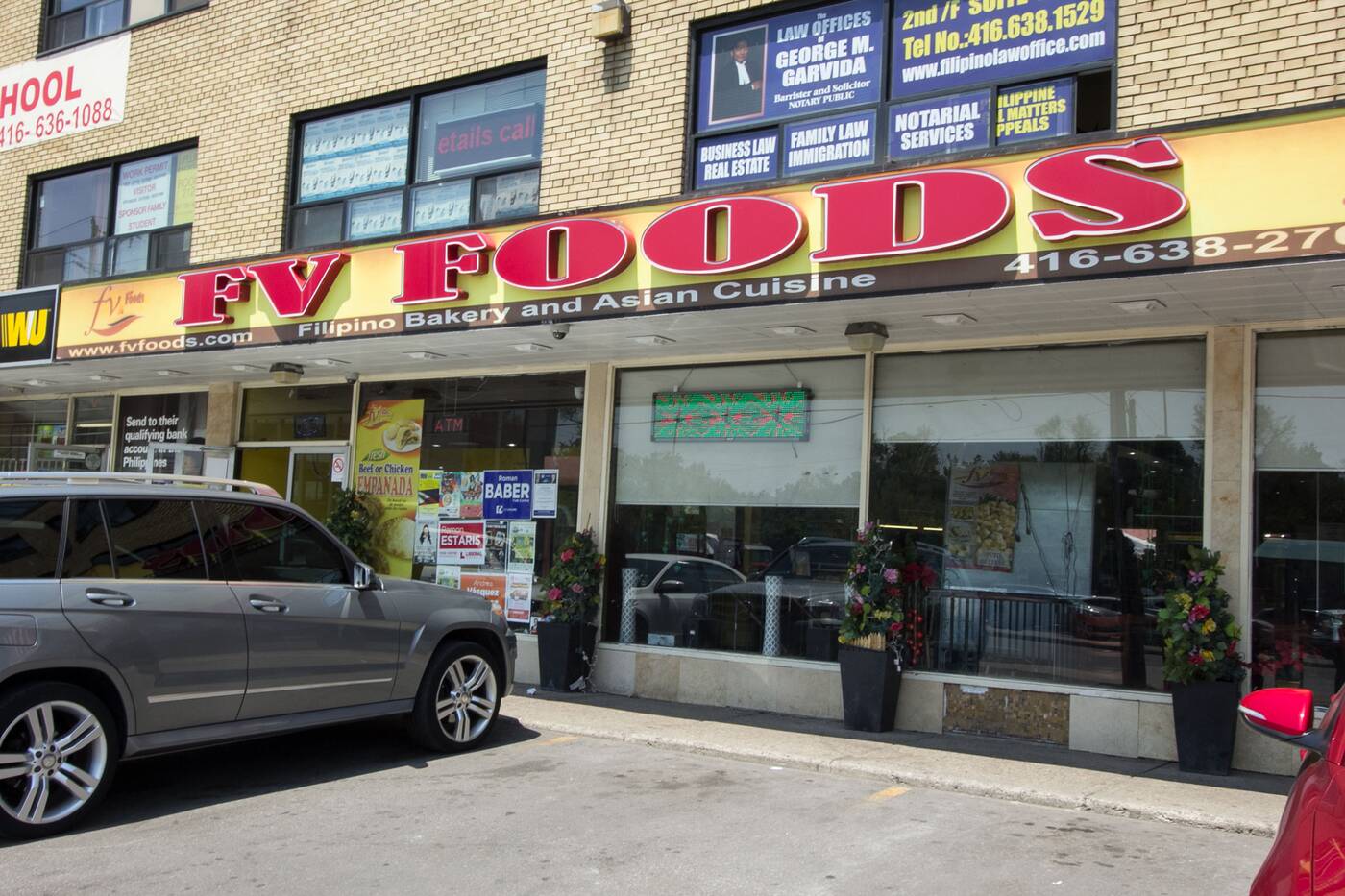 FV Foods is a bakery, takeout counter and grocery store rolled into one.

At FV Foods, you'll find a hot table and baked goods, along with frozen empanadas made in-house. Not only that, the bakery also has a downstairs grocery store that looks barren, but actually has a decent number of staple items. 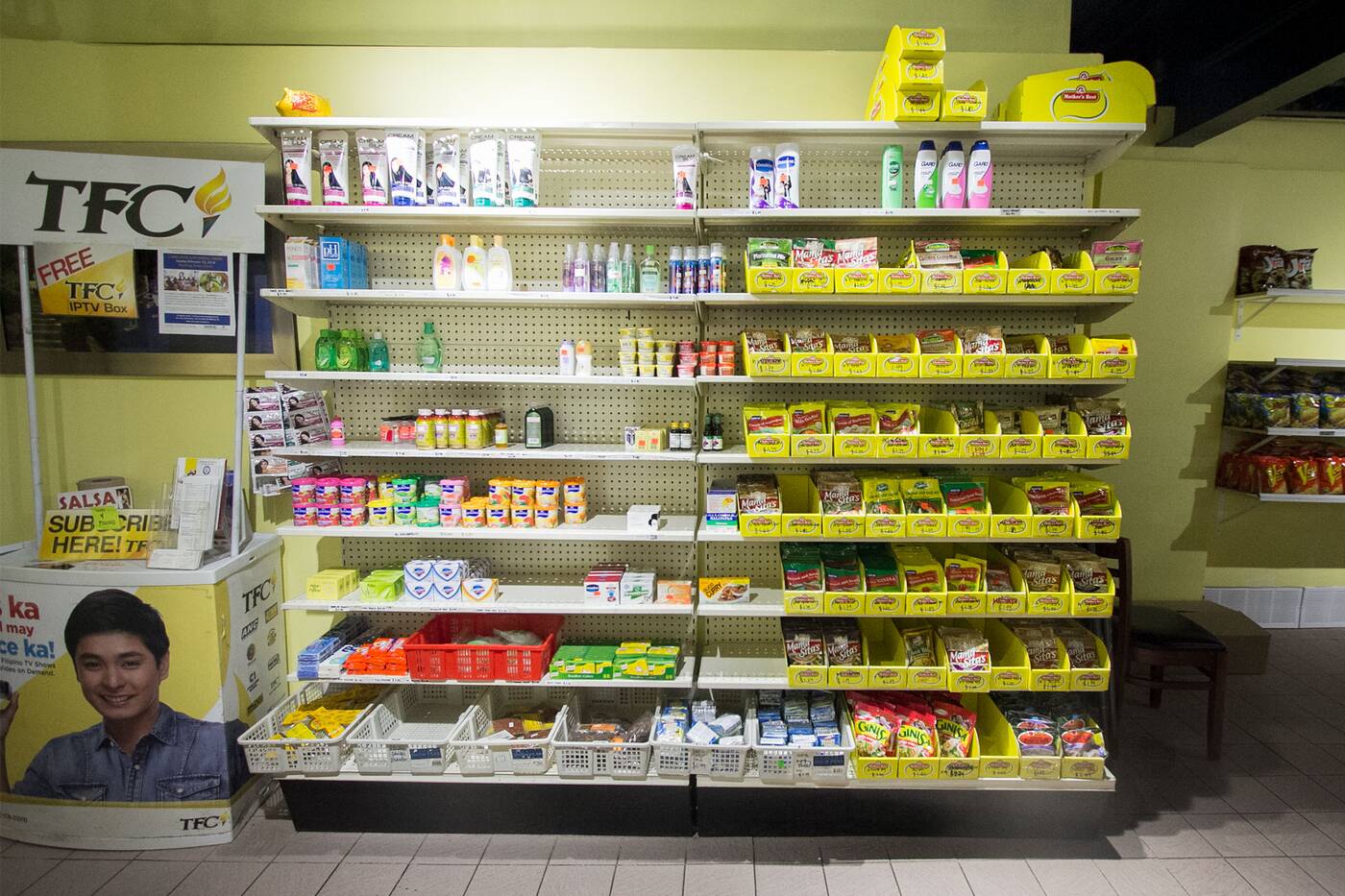 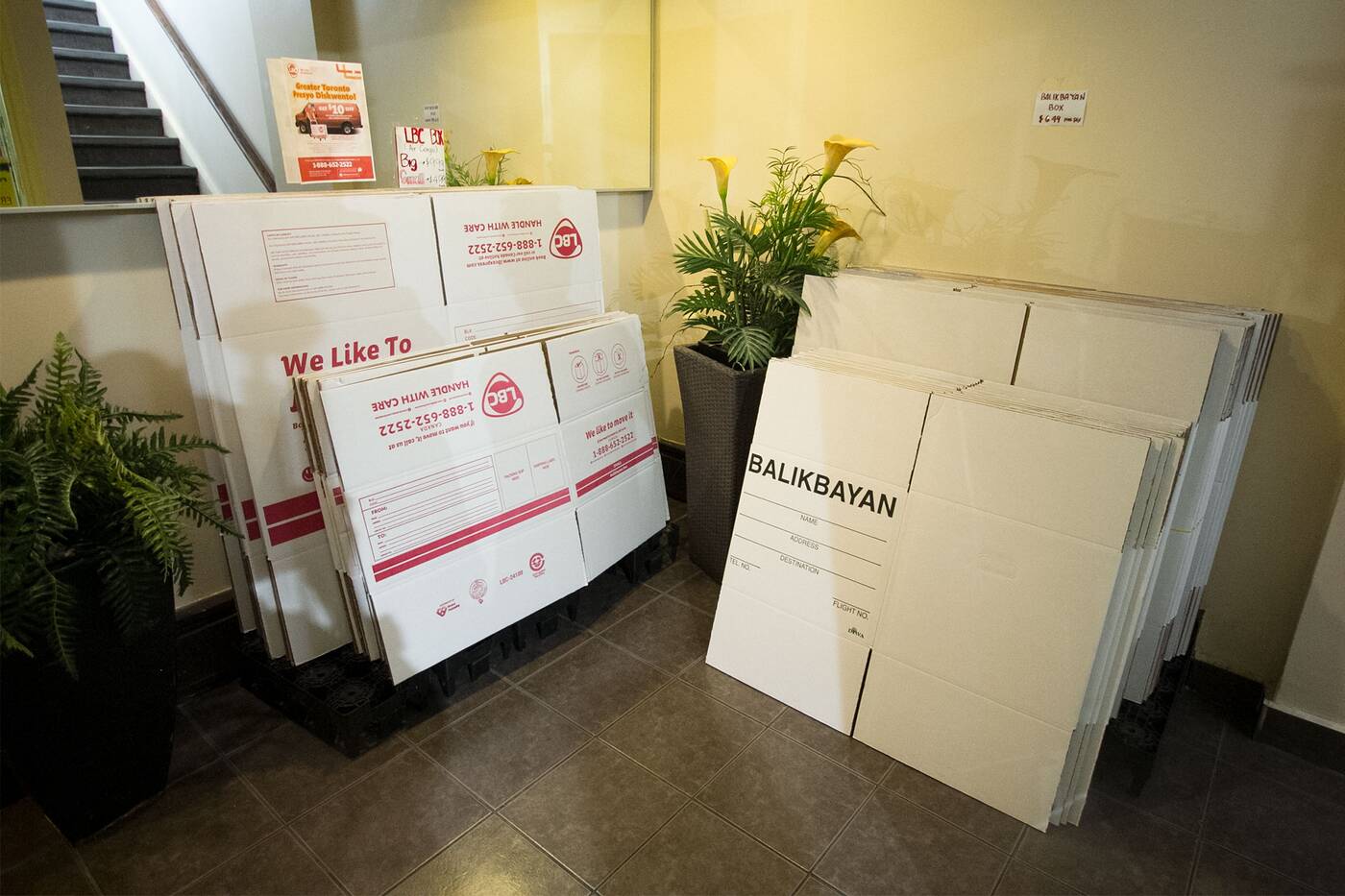 The market sells balikbayan boxes, which are commonly filled and sent back to the Philippines.

FV also sells the quintessential balikbayan boxes used by the majority of families to fill up with Canadian goods and send back home. 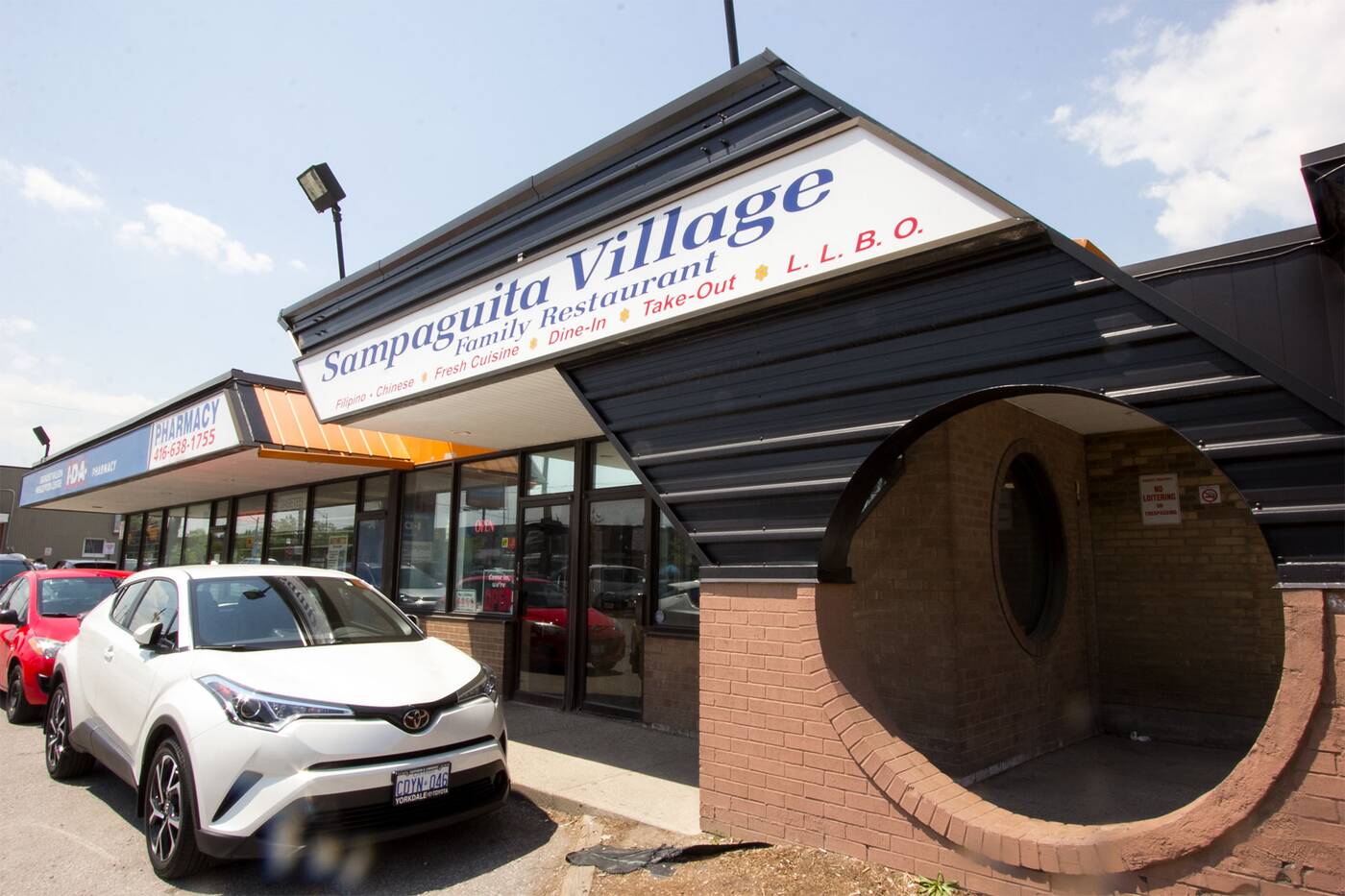 Sampaguita Village is a Filipino institution in Little Manila.

Further along Wilson you'll find Sampaguita Village, one of Little Manila's favourite restaurants among locals and tourists alike. For over 25 years this humble spot has been serving lechon kawali, sinigang and huge dishes of garlic fried rice for takeout or dine-in.

This restaurant is, for many, as reminiscent of the Philippines as Wilson Street can get. 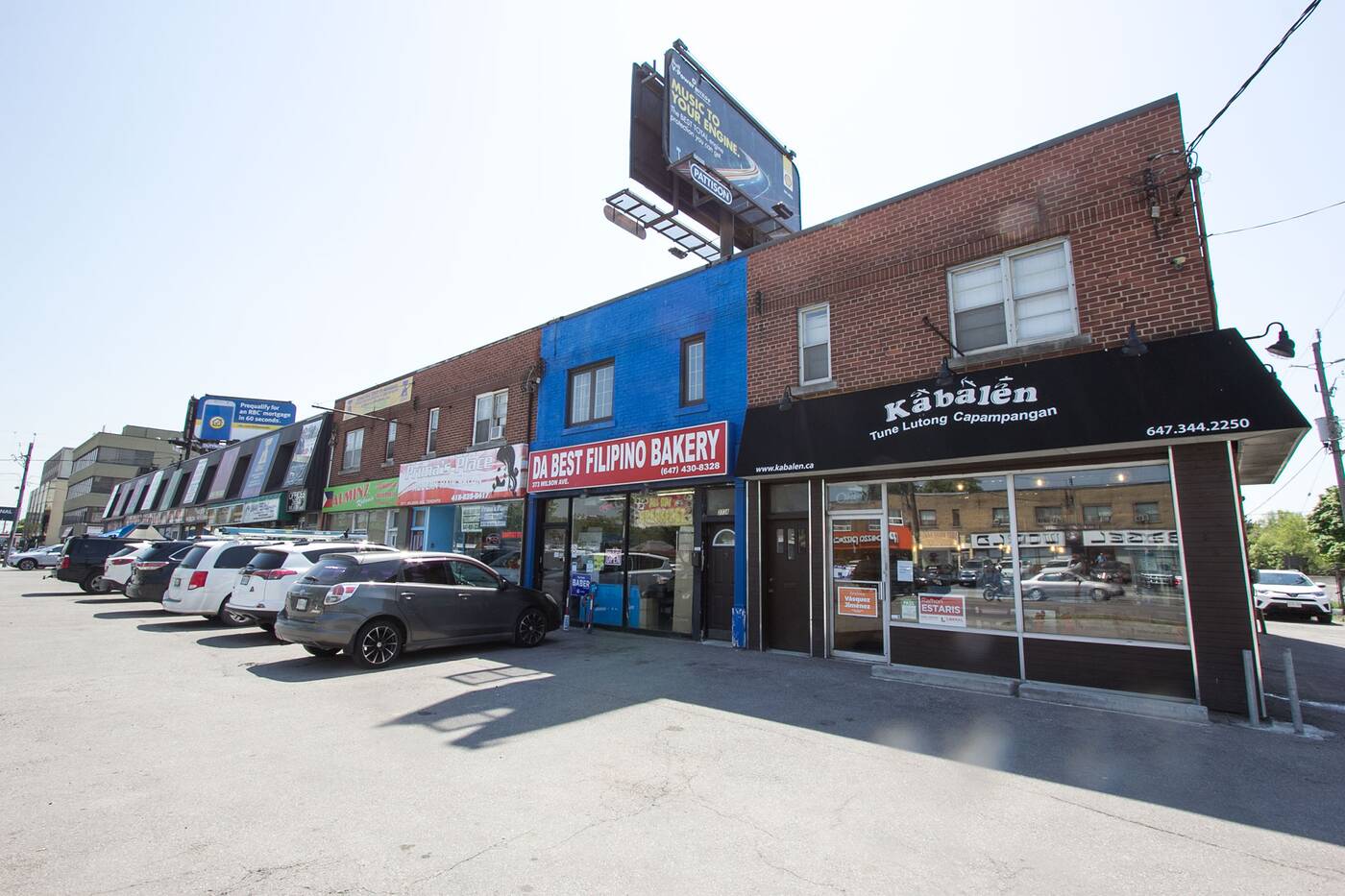