Toronto's CN Tower has now been closed for an unprecedented five days in the wake of an ice storm that left it dripping with frosty daggers earlier this week.

As of Friday, crews had been able to clean up much of the mess caused by last weekend's brutal shot of winter-in-spring weather, but police remain concerned about the risk of falling ice around the 553-metre-tall structure.

A decision has not yet been made about when the CN Tower will open. As soon as one has been made it will be posted to our social channels and website. Please continue to check there for updates.

The tower itself was shut down on Monday when ice chunks started smashing the windows of nearby office buildings and tearing holes in the SkyDome.

On Tuesday, police announced that they were closing off everything around the tower for safety reasons.

Closures that are still in effect include Ripley's Aquarium, Gates 1 through 6 at the Rogers Centre, all of Bremner Boulevard between Lower Simcoe and Rees Streets, plus the John Street extension.

"Despite the best efforts of all involved, it has been determined that the safety of pedestrians and vehicles cannot be guaranteed," wrote TPS in a media release. "Closures and traffic restrictions have been put in place and will remain in place until further notice."

It's incredibly rare for the tower to be shut down at all, according to a report from the Toronto Star, let alone for an entire week.

Is frozen water really more of a threat to our safety than electrical storms and 9/11?

Weather Network meteorologist Scott Sutherland did the math and... it's anything but comforting.

Even a 10 cm fragment of the the 100 lb chunk of ice police have been keeping an eye on could "easily kill someone" if it hit them directly. 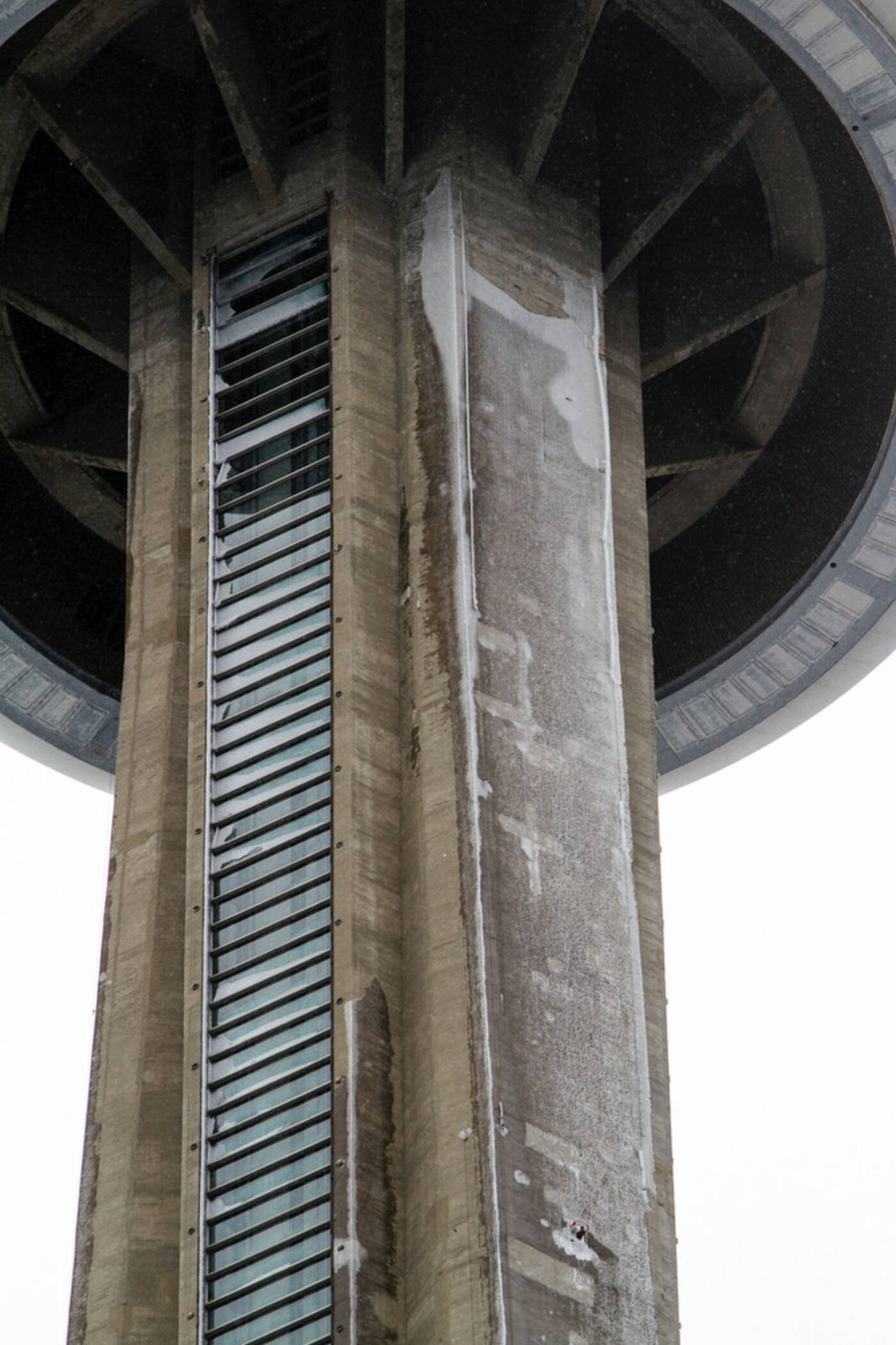 Ice has formed along the CN Tower as seen in this photo taken on April 17, 2018. Photo by Jeremy Gilbert.

"Even 8,000 Newtons of impact force is enough to cause serious injury, such as broken bones or a concussion," he notes after doing a lot of complicated (yet fascinating) math.

"If the ice chunk hits something notably softer though, such as a person, the ice undergoes very little compression and, as a result... the amount of impact force suddenly jumps by a factor of 10, at least, up to 80,000 Newtons!"

Yeah. Stay away from the CN Tower. That would be a horrible death.