Toronto might turn Old City Hall into a museum and library

Toronto might finally get an official city museum if a new staff report regarding the future of Old City Hall persuades council to revamp the building when the provincial and municipal courts vacate the building in 2021.

There's long been talk of using the historic building to house an official city museum, but a series of staff recommendations might get the ball rolling on turning the idea into a reality.

Our campaign to create a Museum of Toronto at Old City Hall has the support of City Staff! They are recommending moving forward to develop designs and plans. I want Toronto’s residents and visitors alike to learn about our city’s remarkable stories. https://t.co/nX0MsShtef

This report stems back to a city council decision in November 2015 tasking staff with a feasibility study on the future transformation of Old City Hall into a museum space. Such a use for the building — along with a few others — is now being endorsed in the long term.

While by no means a fait accompli, there's already highly preliminary layout plans, which outline how this transformation might take shape. They are exciting to say the least. 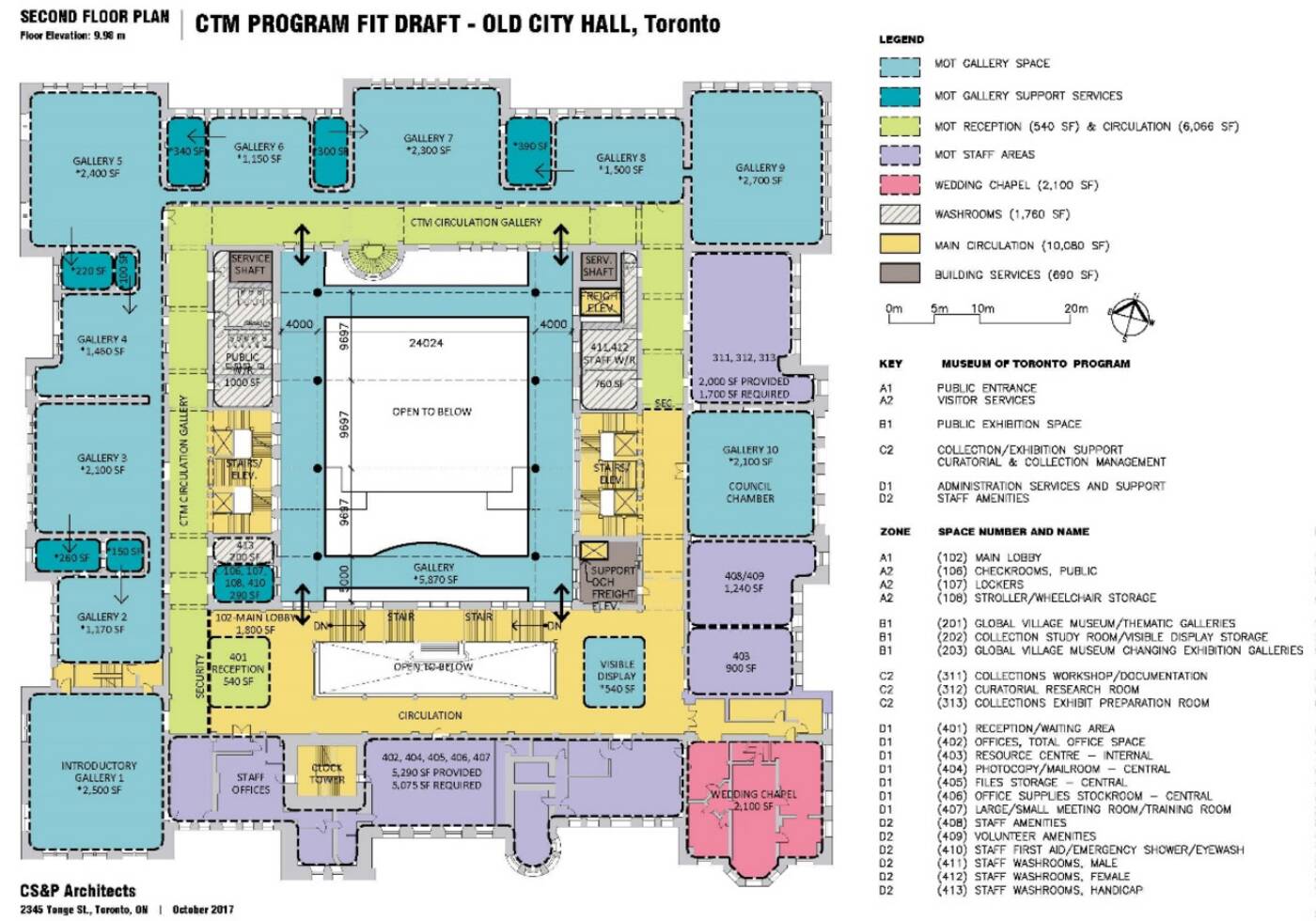 Preliminary floor plan for a City of Toronto Museum at Old City Hall.

The building would have a number of uses: as the city's official museum, a public library branch, and commercial space. There would also be a wedding chapel, which could be tied into its use an event space should the courtyard be covered.

The latter is perhaps the most noteworthy element of this plan from an architectural standpoint. The recommendation to enclose the interior courtyard of the building with a glass roof would make use of its sprawling 23,000 square feet of space. 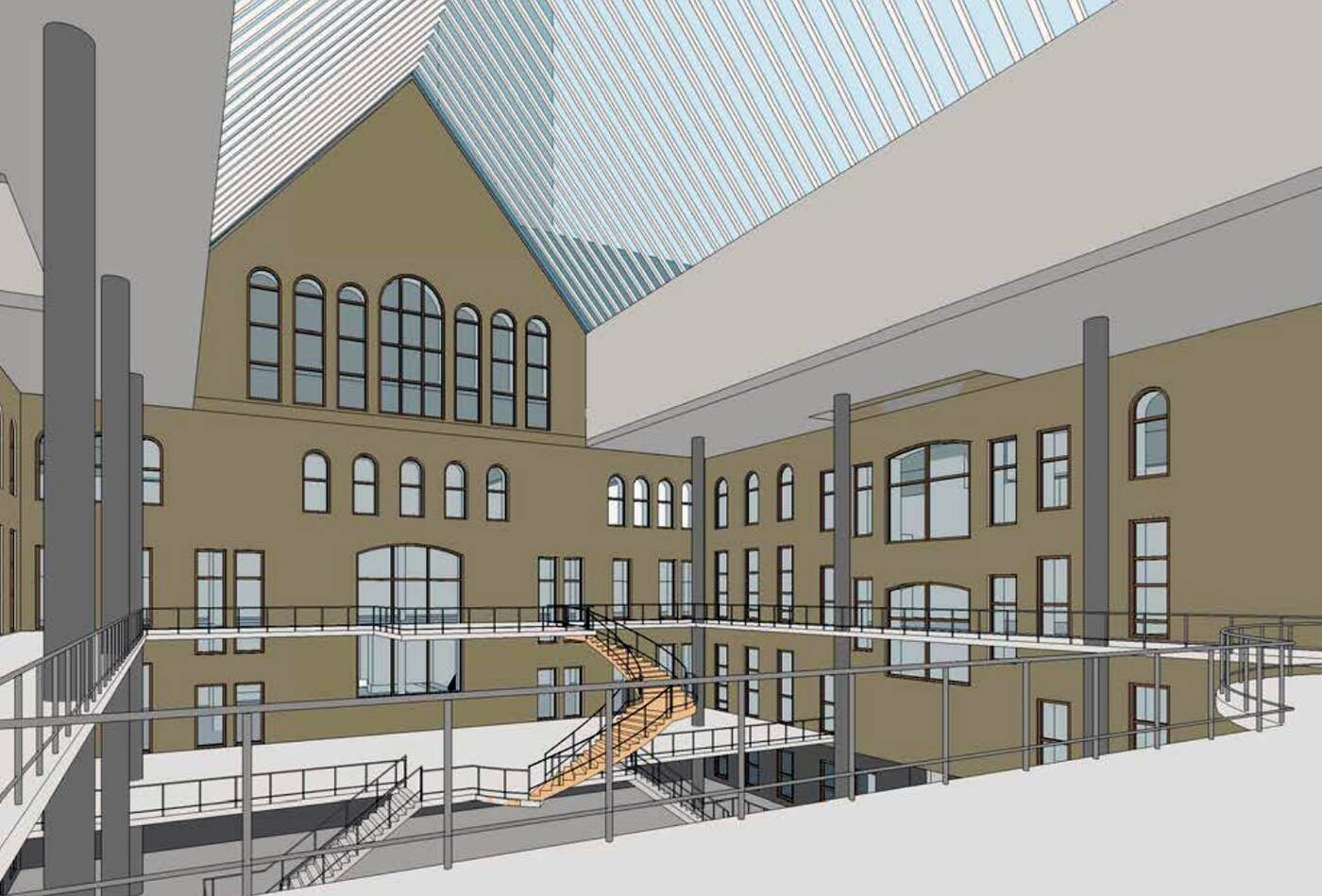 A rough sketch of what the Old City Hall courtyard might look like with a glass roof.

As the report puts it, "the courtyard has the potential to become a multi-use space by covering it with a glass roof. The consultant team have determined that the covered courtyard will be a highly desirable event space in a key location within the downtown core."

Take one look at what Buffalo has done with the Richardson Olmsted Campus, and you might be a bit more willing to dream of the possibilities offered by Old City Hall, particularly given its prime location.

It'll take a bold financial commitment to transform Old City Hall into the hugely important municipal hub that it could be, but given our recent propensity to think big with projects like Rail Deck Park, perhaps the time has come to secure a bright future for this building.