Yonge and Wellesley is poised to become Toronto's next towering intersection.

With construction already underway on the 60-storey Wellesley on the Park condo near the southwest corner of the intersection, a new giant might join it across the street.

Urban Toronto reports that a proposal has recently been submitted to rezone the northwest corner of Yonge and Wellesley to make way for a 64 storey condo tower at 10 Wellesley, located just behind the historic storefronts on Yonge Street. 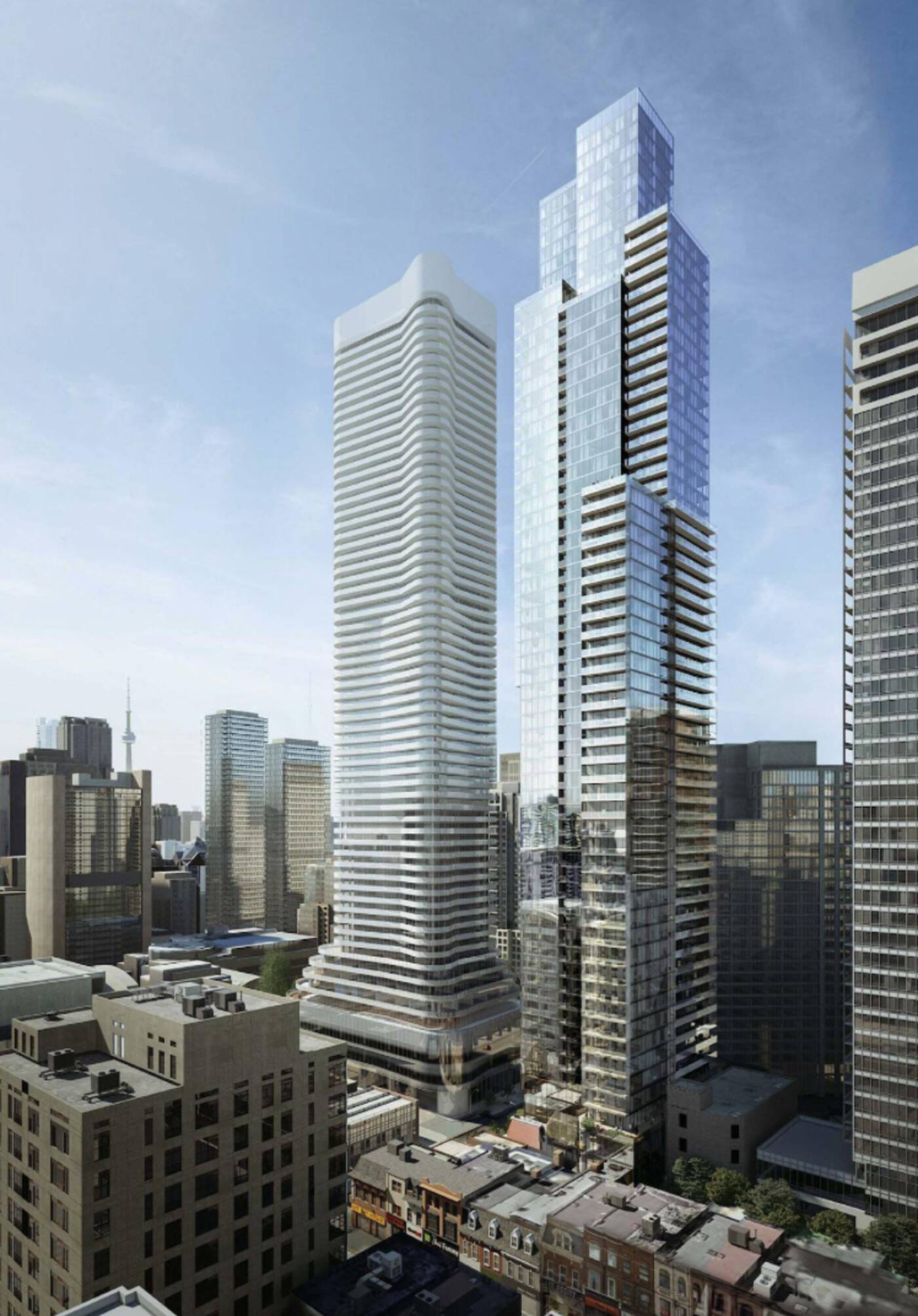 10 Wellesley (right) facing southwest with Yonge Street in the foreground. Image courtesy of Urban Toronto via the City of Toronto.

The proposed tower will be designed by Chicago's bKL Architecture, who have already designed or been involved in several Toronto developments.

Lower Yonge Street was designated a heritage district last summer, so any new developments must incorporate existing heritage properties into their plans. Here, that could be done to impressive effect. 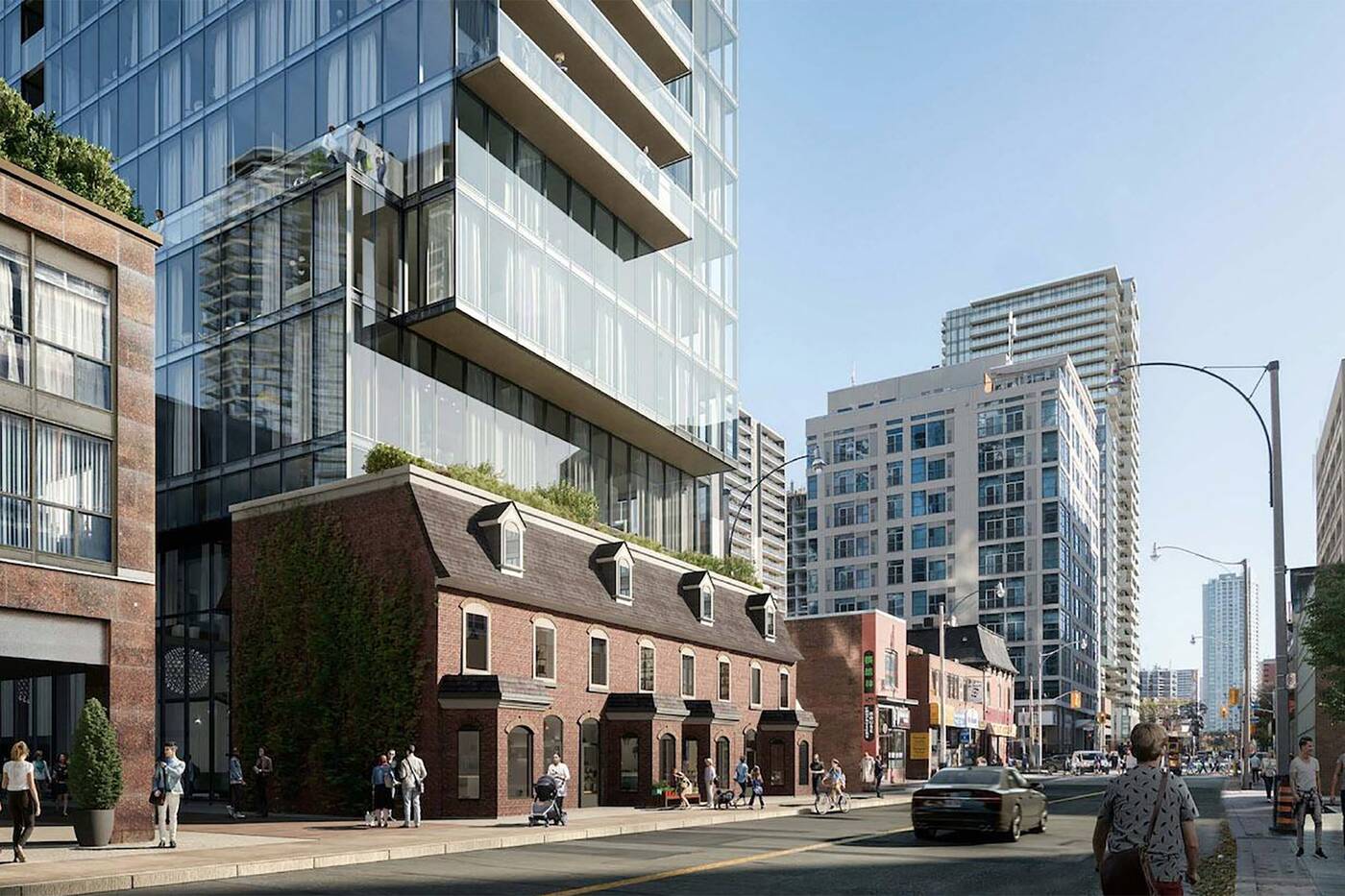 The heritage protected row houses at 10 - 16 Wellesley. Image courtesy of Urban Toronto via the City of Toronto.

The front of the tower will incorporate a small set of row houses occupying 10 - 16 Wellesley Street West, which date back to 1876. As we saw at 5 St. Joseph, the storefronts will receive a thoroughgoing restoration.

Also included in the preservation efforts will be 586 Yonge Street, currently a Holy Chuck location, while two buildings on St. Nicholas —a two storey wood-framed building an a three storey brick commercial building — will be removed.