Toronto's first snowfall of the season expected this week

Don't look now, Toronto — but the first snowfall of the season is upon us. Temperatures are expected to plummet on Thursday night, and there's a good chance that the city will witness at least a few flurries.

Right now Environment Canada is calling for a 40 per cent chance of precipitation on Thursday, but with a low of -9C, the conditions are ripe for a blow to any dreams we had of holding off the winter for a few more weeks. 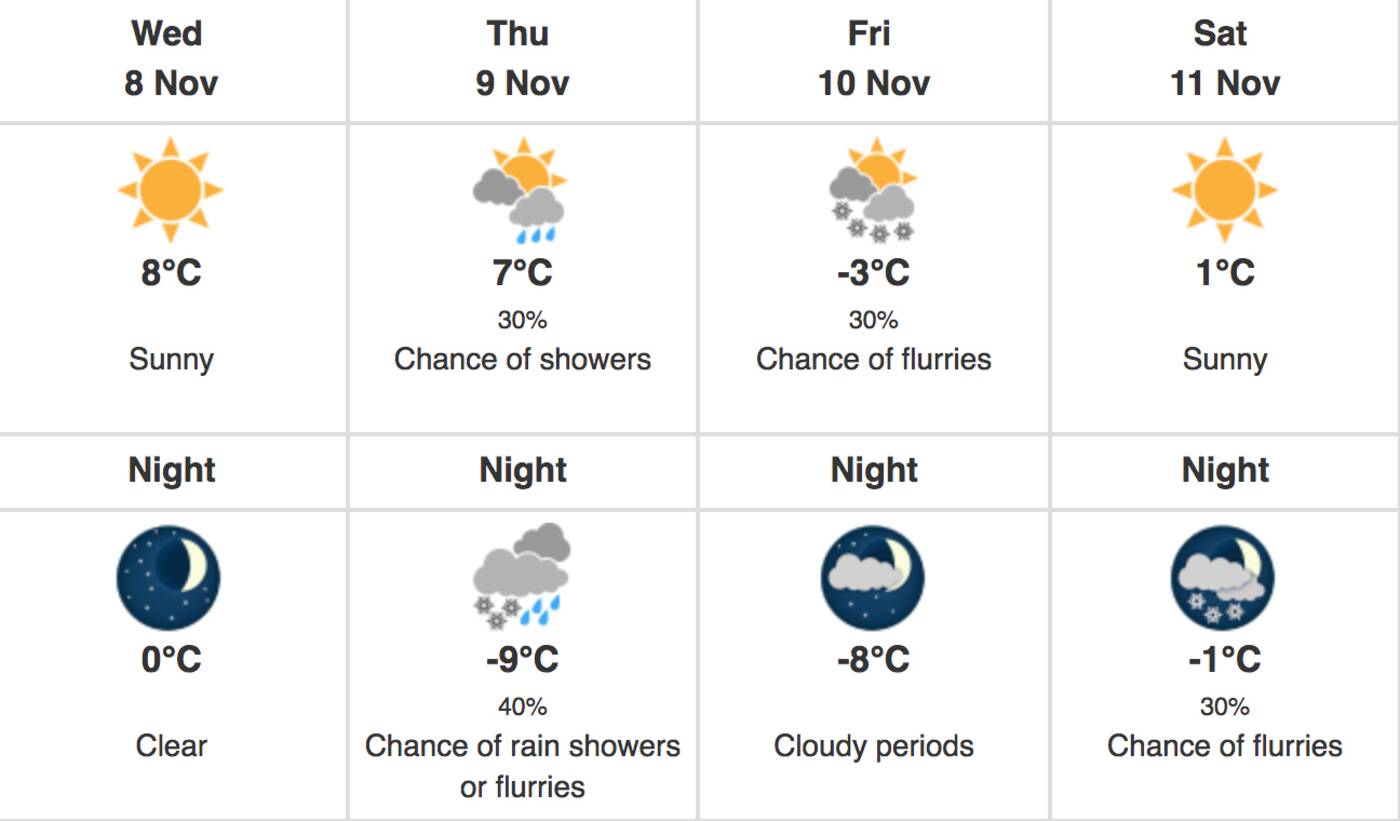 Perhaps worse, there's also a chance for flurry activity on Saturday night as well, when the temperature is expected to be -1C. I'm not sure what's worse, the possibility of snow or the near certainty that it's about to get very cold.

It's actually quite typical to get flurries or a thin blanket of snow around this time in November. Fortunately, it rarely stays on the ground for too long. Let's hope that's the case this year — or, better, that we dodge this winter weather altogether for a little while longer.

Bring on the snow in December. At least then all of our holiday markets will be up and running.