Earlier this week, we told you about a map that estimates the salary you'd need to pay rent on a one-bedroom apartment near a subway station in Toronto.

Today, we have a similar, but more detailed map for condo buyers, sellers and owners.

Realtor Davelle Morrison has been studying the value of both one and two bedroom condos along the subway line for more than a year to help answer the question: "which condos near TTC stations produce the biggest bang for your buck?" 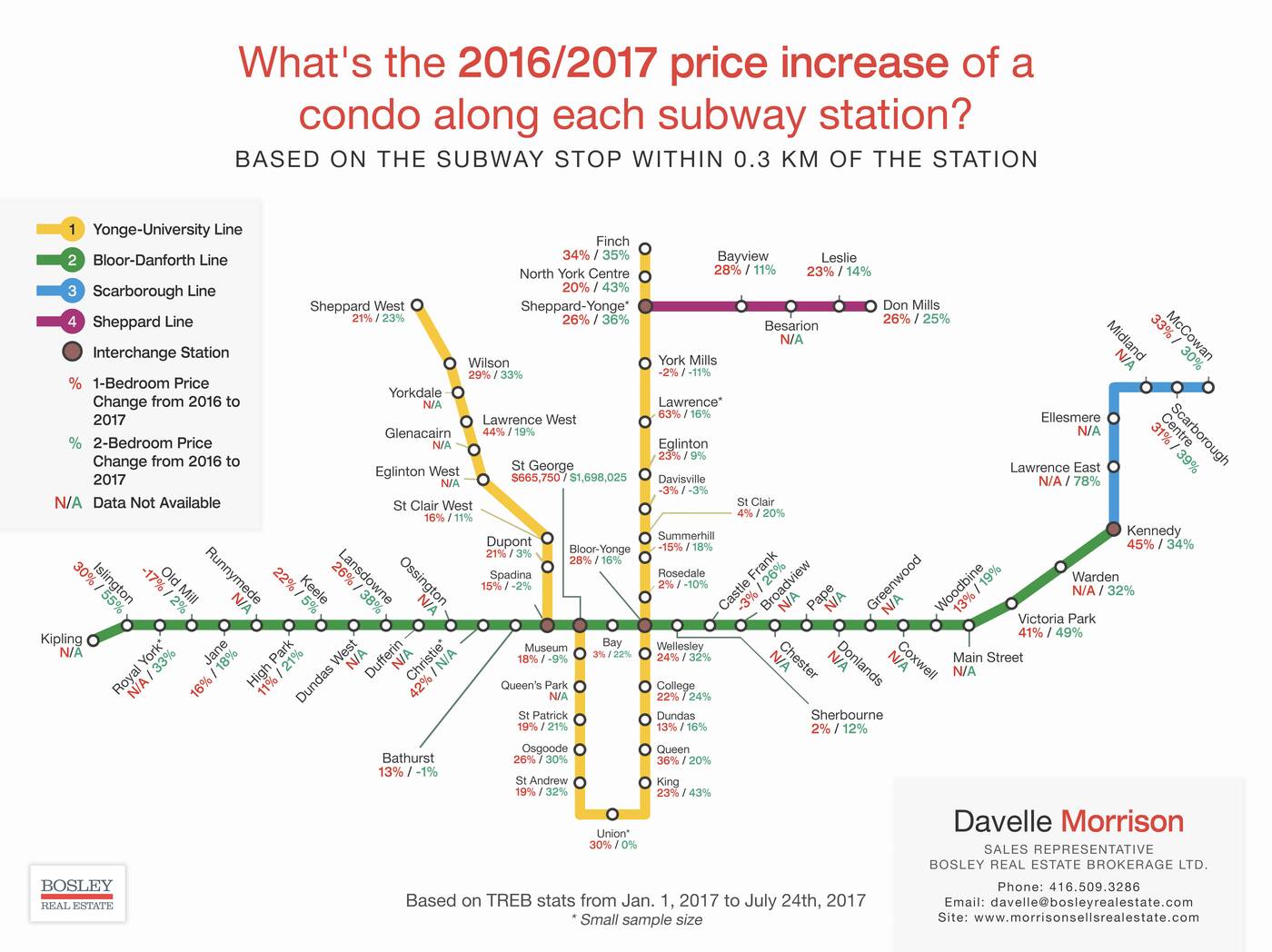 Toronto realtor Davelle Morrison crunched the numbers on how solid an investment buying a one or two bedroom condo along the subway line was in 2016. Image by Bosley Real Estate.

As Morrison notes, "some stations don’t have any condos built within the 0.3 km distance." This would include Yorkdale, Dundas West, Queen's Park, Ellesmere, Donlands, and anything else on the map marked with "N/A."

As the map above shows, people who purchased a one-bedroom condo near Kennedy, Lawrence West, Christie, Victoria Park in 2016 fared exceptionally well with more than a 40 per cent return one year later.

Lawrence station had the highest return on the entire subway line for one bedroom units, but Morrison cautions against reading into that number too much.

"The sample size is extremely small as one condo building in the area was just completed so for that reason, I would take this one with a grain of salt and look at the next station with the highest return," she says. "That would be Lawrence West.

Rosedale, Davisville and York Mills fared poorly for both condo sizes. Each saw a decrease in value between two and eleven per cent.

Check out the full map here and let us know if it checks out against your own experience in the comments.