TTC signal upgrades don't stop for long weekends, which means we're on the cusp of another major subway closure. Line 1 will be shut down between St. George and Sheppard West (formerly Downsview) on May 20 and 21 as crews continue to install Automatic Train Control.

Similar to previous Line 1 closures this year, shuttle buses will run only on the northern part of the route, between Lawrence West and Sheppard West. 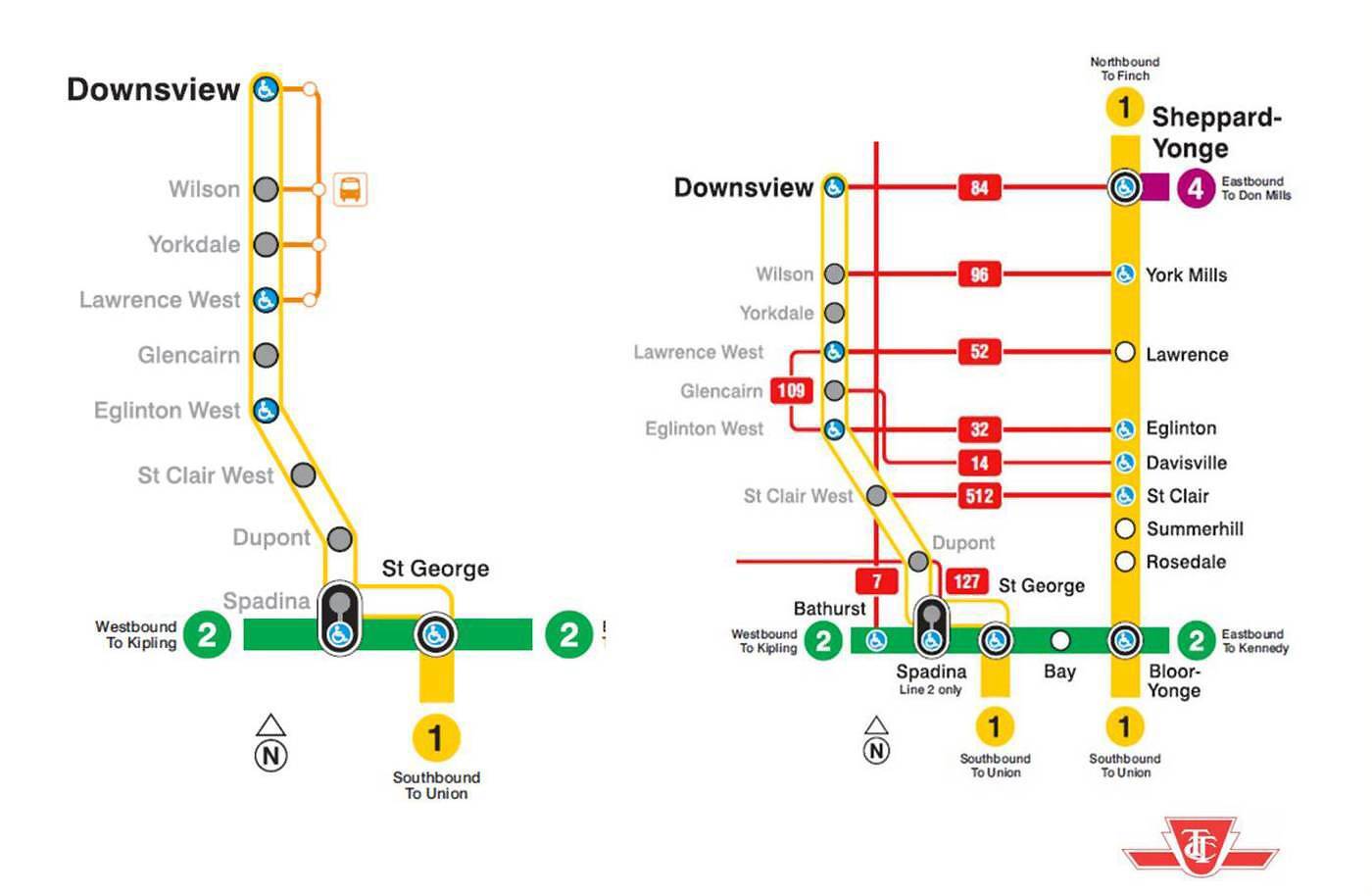 Passengers traveling north from St. George are encouraged to head east to the Yonge Line and then catch a bus or streetcar to return west. Service has been bolstered along this routes during the closure.

There are also two key parking restrictions in place on the weekend. They will be in effect on Lawrence Avenue, between Allen Road and Yonge Street, and on Bathurst Street between Bloor Street and Barton Avenue to help keep TTC buses moving.

Dupont and Glencairn stations will be closed during the weekend shutdown, while all others along the route will be open, so you can purchase fares and connect to surface routes.