There's a major TTC subway closure on Line 1 this weekend

There are a lot of TTC subway closures throughout the spring, but this weekend's is pretty major because it's shutting down service on Line 1 between St. George and Downsview stations.

If there's a light at the end of the proverbial tunnel with these Line 1 closures, it's that the TTC is making progress with its roll out of Automatic Train Control (ATC). This will allow trains to run in closer proximity to one another and thus increase capacity.

This weekend's shutdown will allow the TTC to continue to install new cables and equipment and to test the parts of the ATC signal system that are already in place. All of Line 1 is expected to be ATC-equipped by 2020. 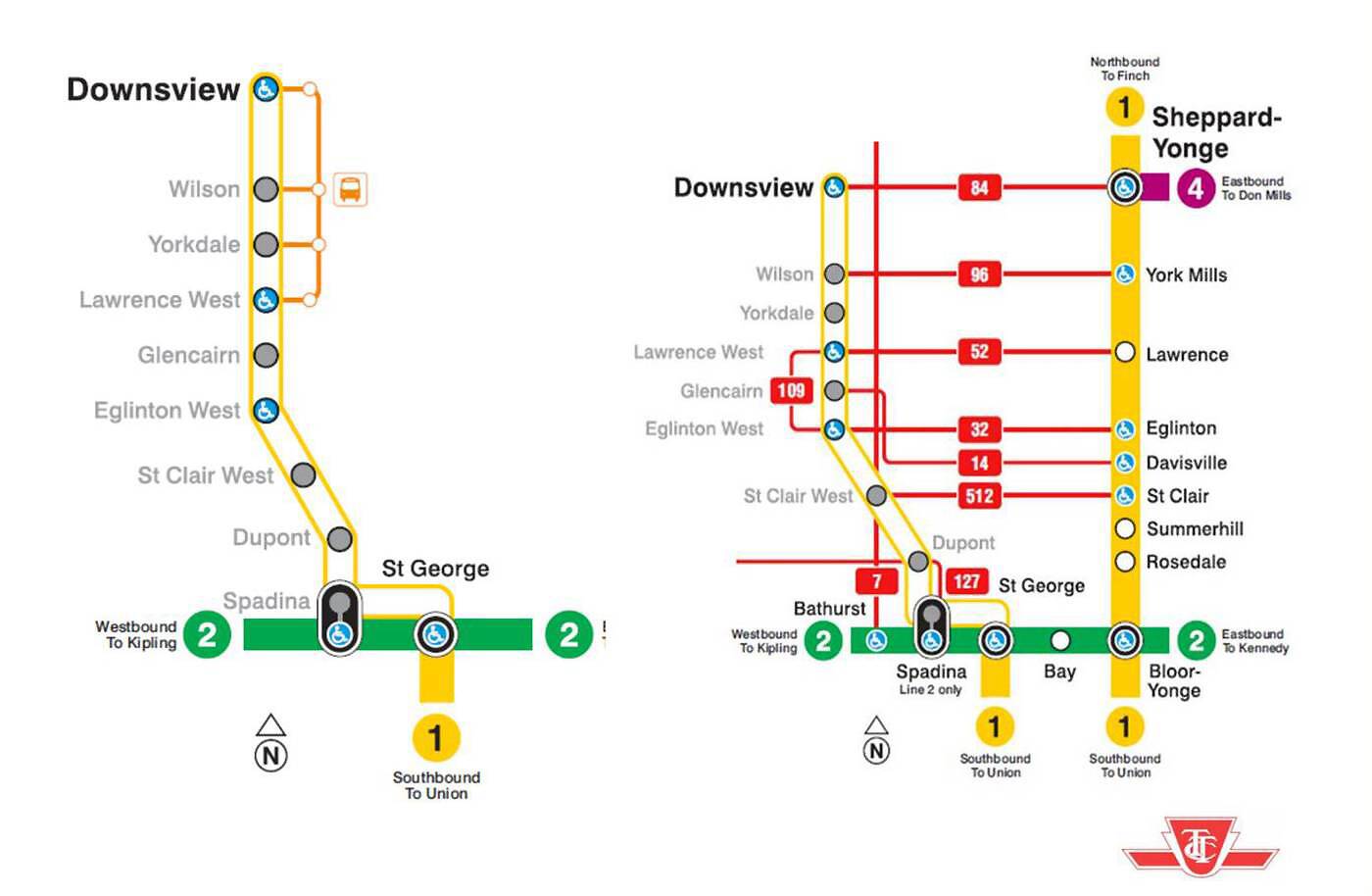 Shuttle buses will only run on the northern part of the route, between Lawrence West and Downsview. Passengers traveling north from St. George are encouraged to head east to the Yonge Line and then catch a bus or streetcar to return west.

The reason for this is that the TTC is doing construction along the route the shuttle buses normally take, but this might be the better way in general. This is also the plan for subsequent Line 1 closures over the course of the year.

Subway service will resume on Monday morning. The next closure is scheduled for April 22 and 23 for maintenance work on Line 3 in Scarborough.