Toronto's worst intersection is about to be completely rebuilt

One of the biggest Toronto construction projects in years is about to start next month to rebuild the city's most notorious intersection. With it, Etobicoke is set to get a major jolt of new development that's been dreamed of for decades.

A product of mid-century car-focused planning, Etobicoke's Six Points is a dizzying array of on and off ramps that link together traffic running along Dundas, Bloor, Kipling and a host of other smaller streets. It looks more like a series of highway cloverleaf interchanges than an urban intersection. 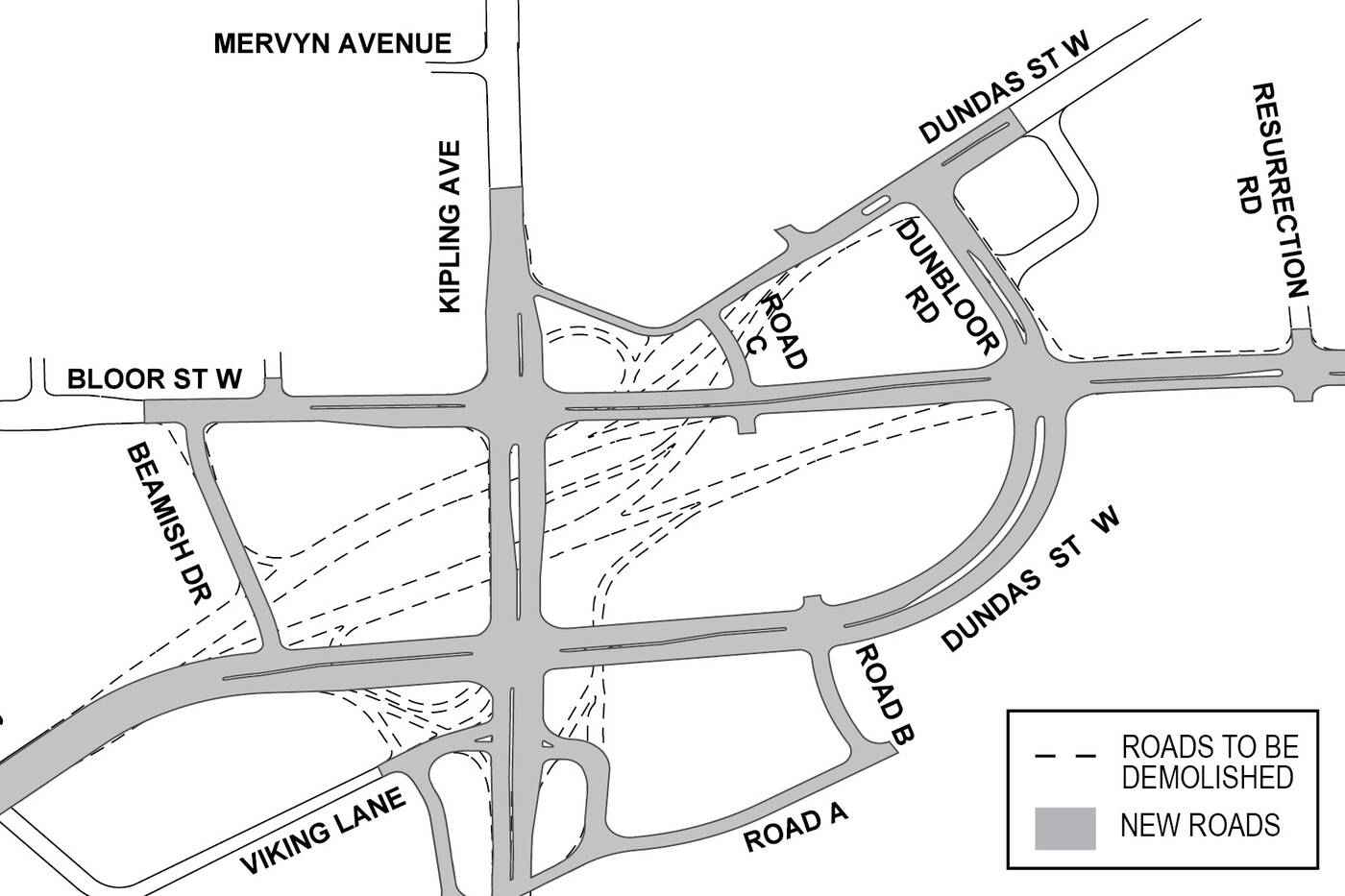 The desire to redevelop the area around what's often referred to as the "Spaghetti Junction" goes back at least as far the 1980s, when plans were discussed to build an Etobicoke city hall here. A slow bureaucratic process and the eventual amalgamation of Toronto ultimately dashed that idea.

Fast forward to the early 2000s, and the push was on again. The Westwood Theatre had closed (in 1998), and the site was prime for new life. Still, it would take until 2013 before it was demolished.

Over the years, various proposals for the site included a court house and a YMCA, the roots of which have been at least partially maintained with the current plan to erect a civic and community centre where the theatre once stood.

To make this the marquee space that the city intends it to be, however, the entire surrounding area needs to be completely overhauled. Not only will this showcase the new city development, but it should spark major growth in the area as a whole, one that's also slated for a new transit hub at Kipling Station. 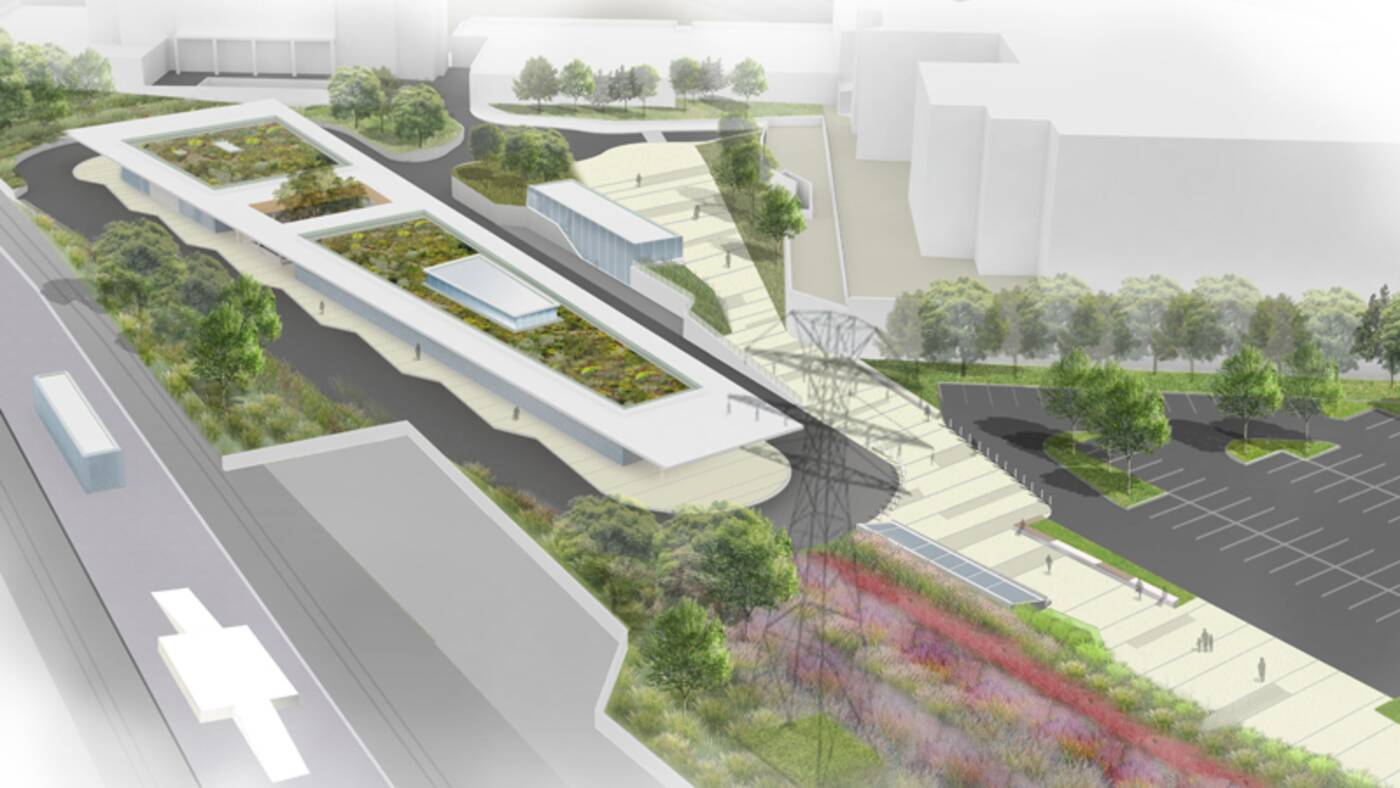 After over a decade of planning, construction to reconfigure the Six Points intersection actually began in 2014 following the Westwood's demolition. This was largely preparatory work, though.

The bulk of the $45 million project will be underway in March and will last for roughly three years.

Here's a list of what's in store from the city:

As you can see, this isn't just a traffic flow exercise. In fact, the new routing will likely slow down car travel through the area. But that only makes sense given that rebuilding the Six Points interchange is actually a community building initiative. 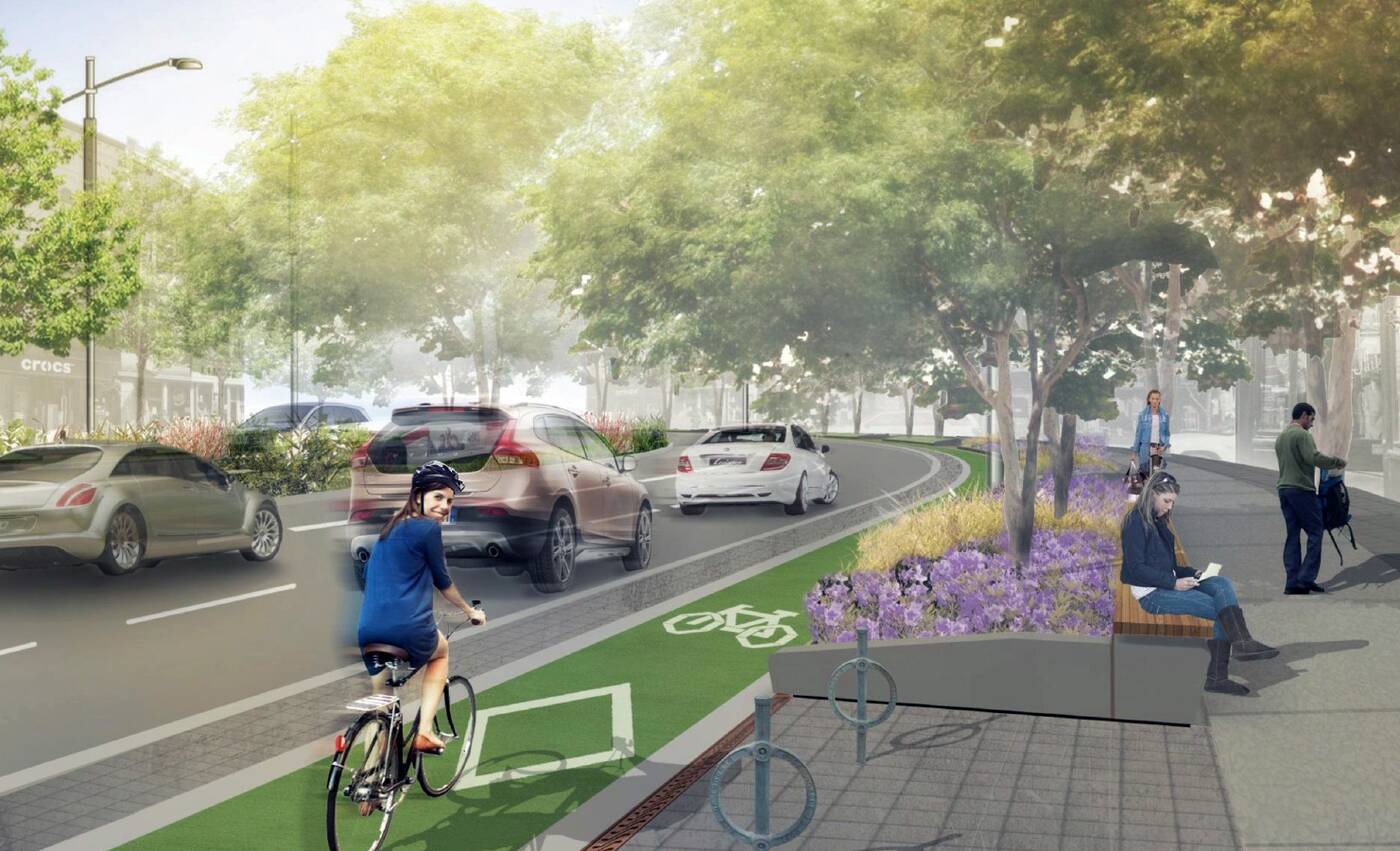 The current ramp-heavy design is a terrible use of space, and with so much development going on in the surrounding area, addressing the legacy of this dated planning has become crucial.

As downtown real estate prices continue to rise at alarming rates, sections of Etobicoke like this one have obvious futures as more dense urban space. That would be a boon to the area around Six Points, but also to the city at large.

It'll take until at least 2020 for the realignment and reconstruction of the intersection to be completed, but when it's finished, you can expect big things to rise for what was once an interchange wasteland.