The last days of Mirvish Village before it's gone

Mirvish Village takes up a small stretch of Markham Street adjacent to the iconic Honest Ed’s building. A row of businesses, bars, restaurants and artist studios sit in the shadow of the discount store’s bright marquee lights. 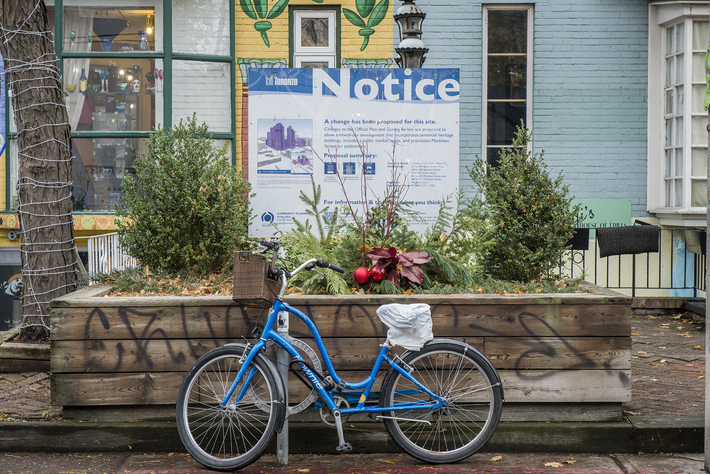 But by February 1, 2017, the entire street will be boarded up. All of the tenants have to move out to make way for the new development replacing Honest Ed’s and the surrounding area at the corner of Bathurst and Bloor.

I spoke to some of the business owners and artists as they get ready to say goodbye to Mirvish Village. 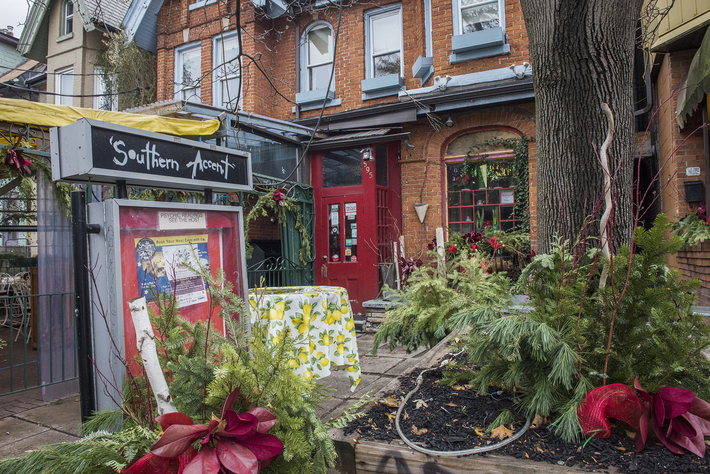 Ed Mirvish bought up most of Markham Street in the early 1960s and later in the decade, it became an artist’s colony; even Anne Mirvish had a studio on the street. Today, it’s still home to studios as well as an eclectic mix of shops.

Darrel Dorsk started visiting Markham Street when he moved to Toronto from California in 1974. Like many, he would head to David Mirvish Books to buy the Sunday edition of the New York Times. Back then it cost 25 cents; he was a regular customer until the store closed in 2009. By then, the paper was $7.50. 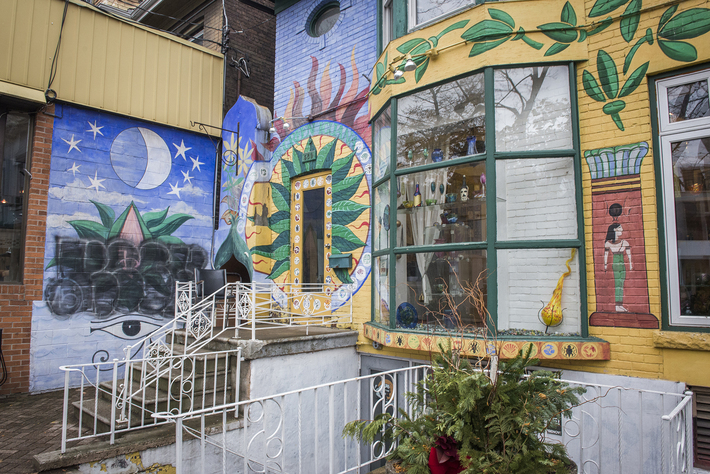 Dorsk runs The Green Iguana Glassworks at 589 Markham St. He’s been in the same spot since 1981 and fills the storefront with his handmade frames, glass baubles and a variety of prints and pictures. “It’s very messy in here, but hopefully people find it interesting,” he says.

Neighbours refer to Dorsk as the mayor of Mirvish Village and he has plenty to say about his time on the street. “I like to tell people I’ve been suffering from an obscure medical syndrome working on Markham Street and the acronym is TMF. It stands for too much fun.” 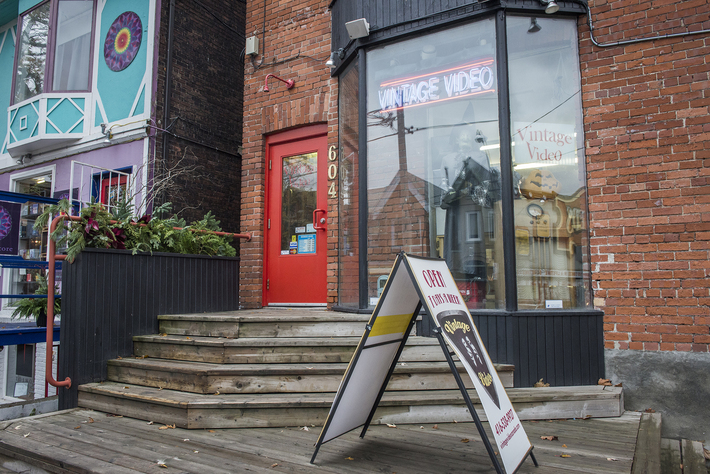 Dorsk got his start in the 1970s selling stained glass boxes, which he made with his girlfriend at the time. His zoology degree from Berkley hangs in his store and he notes he once wanted to be a veterinarian – that’s why there are so many natural history prints on his wall.

He’s sad to be leaving Markham Street but plans to move his business into a building he bought at 948 Bloor Street West. 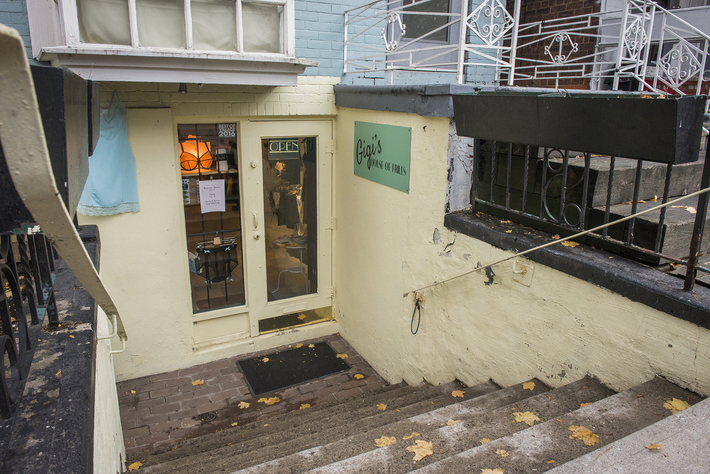 His neighbour Julia runs the vintage-inspired lingerie store Gigi’s House of Frills next door. She’s a newbie on the street but has found a place in the Mirvish Village community. The street’s a starting point for lots of local businesses thanks to its cheap rent.

For her, finding a new location has been difficult, but she has plans to share a space with a vintage clothing store when she moves out at the end of January. 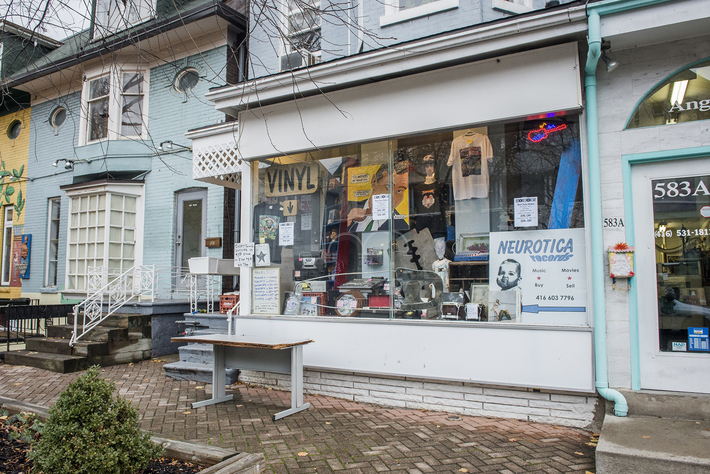 Scott Cramer from Neurotica is also solidifying his post-January plans. He’ll probably relocate his vinyl shop to Little Italy. While he’s only been on Markham Street for a couple of years, he says leaving it will be bittersweet. And he’s no stranger to moving around.

“I was at three different places on Queen Street and I’ve never been in a community with my shop like this,” he says, noting that the Markham Street community is a tight one. “It’s pretty remarkable.” 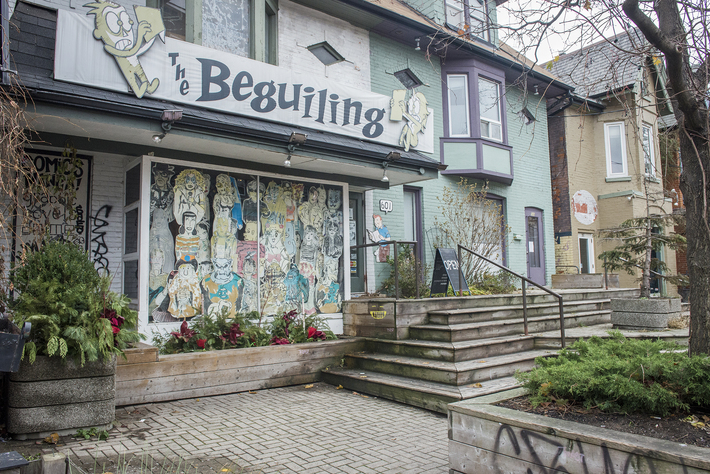 Although over the past years, customers have been persistently asking him what’s happening with the neighbourhood and his business. “It’s become frustrating,” he says. “I almost got t-shirts made up just that said, ‘I don’t know.’”

He didn’t, but the Vancouver-based developer Westbank revealed its plans for Mirvish Village and they include multiple high and low rise buildings with rental units and a pedestrian-only zone along Markham Street. To many, this sounds better than condos, however, it’ll never replace what came before it. 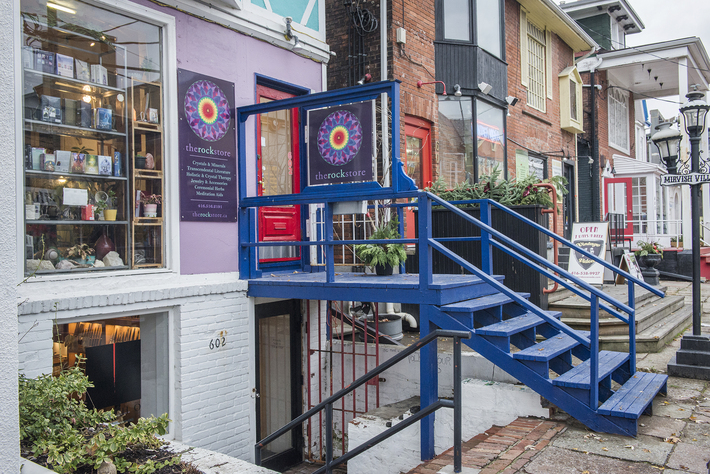 Catherine Carroll who runs Black Rock Studios is painting hexagonal tiles when she reflects on her time working on Markham Street. She knows Mirvish Village is private property but isn’t happy her community’s being dismantled.

“They’re displacing a community,” she says. She’s been looking for a new space and even considered moving to Hamilton where rents are cheaper – she’s not ready to leave Toronto quite yet. 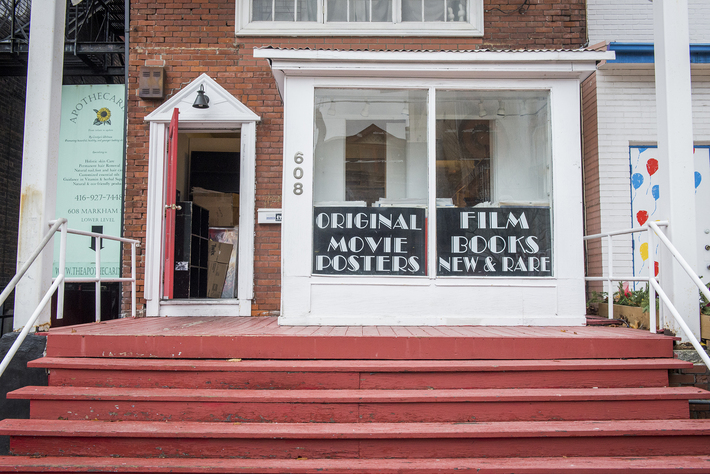 Charlotte Hall, who ran an art gallery, moved out of her space in early November. Her fondest memories of the street involve sitting on her front steps and chatting about art and politics with her neighbours over coffee.

She tells me that the local residents association is planning a New Orleans-style Second Line party to celebrate the life and death of Honest Ed’s and Mirvish Village. 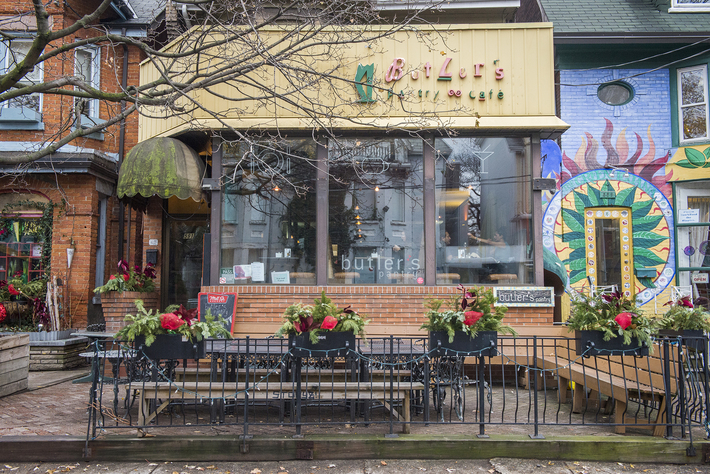 Nearby Butler’s Pantry is also going out with a bang by hosting a pop-up Syrian brunch in partnership with The Depanneur’s Newcomer Kitchen. Westbank is even sponsoring the project.

The Depanneur’s Len Senater approached Butler’s Pantry’s Atique Azad about the project. “I basically said to him, what do you want to do? Do you want to sell your last couple of sandwiches and just die this slow painful death? Or do you want to go out in a Thelma and Louise blaze of glory and turn your restaurant into a Syrian refugee pop-up for the last few months of your lease? 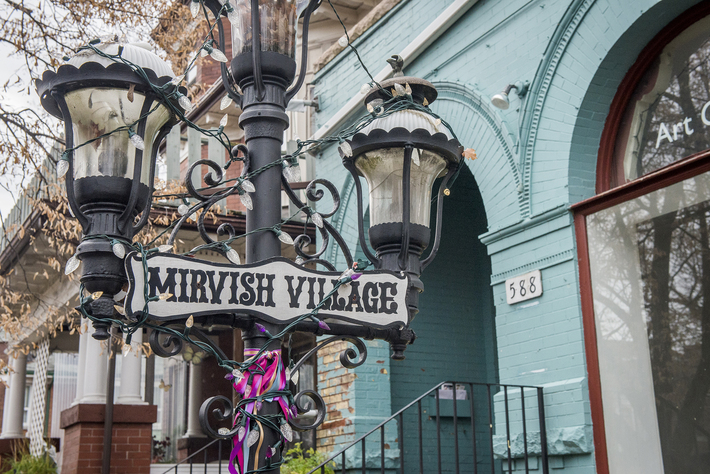 The brunch will stick around every Sunday until December 18. Afterwards, it’ll hopefully move to the Butler’s Pantry’s other location on Roncy.

But before January, everyone still has a few months to enjoy the street as well as the massive party happening at Honest Ed’s in February. And while many find it hard to imagine the end is coming, the construction will eventually arrive. “They can’t believe it because this is such a beautiful street” says Cramer. “I mean, there’s nothing like it in Toronto.” 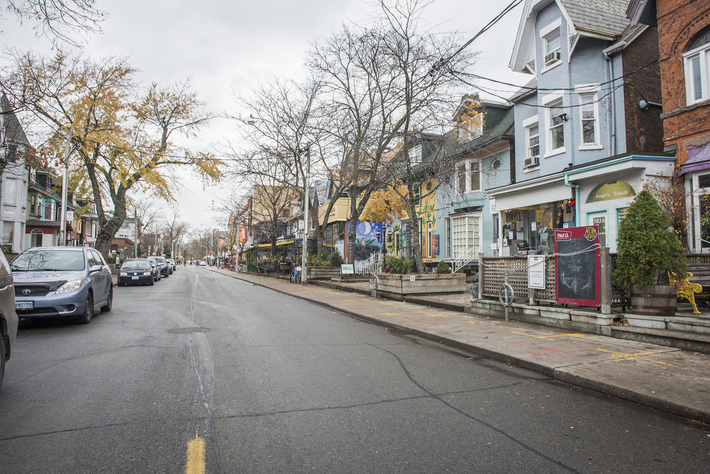