Toronto could be getting an 8 storey restaurant tower

The area around King and John is one of the most densely packed with restaurants in Toronto, so much so that there's not a whole lot of existing space to add new eateries despite the obvious demand. A new development at 86 John St. might offer a novel solution to this conundrum in the form of a stacked restaurant complex.

Documents filed with the city of Toronto outline plans for a thin eight-storey tower to be located right next to the always bustling La Carnita / Sweet Jesus combo between the TIFF Lightbox and Pinnacle on Adelaide. The proposal isn't for a condo, though. This vertical wedge would house restaurants and possibly other retail. 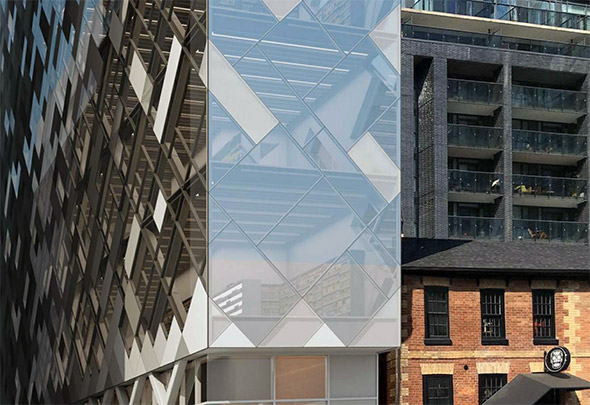 While the project isn't far enough along to reveal specific tenants, the architectural plans call for a ground floor bakery and cafe, various retail, a wine bar, a top floor restaurant, and a rooftop patio. Yes, that's right. Not a condo unit in sight. The entire building is designated for retail.

The developer behind the project is listed as Tawse Realco, which shares an address with First National, the financial group headed up by winery owner Moray Tawse. He's also behind the redevelopment of the Paradise Cinema site on Bloor St., though this would be a far bigger venture than the revamp of the theatre. Notably, both developments feature plans for wine bars. 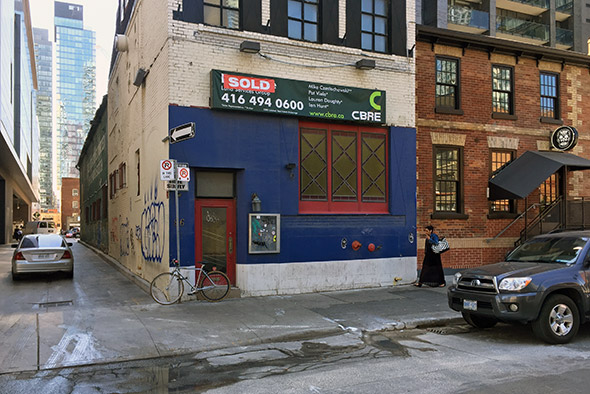 A two-storey historical building currently occupies the space where this development has been proposed, though it is not listed on Toronto's heritage inventory. A historical review of the property by ERA Architects concludes that "the existing structure has insufficient design, associative or contextual value to be commensurate with heritage recognition."

In other words, this unique development has a lot going for it as it enters the review phase. Its food-focused retail element is appropriate to the neighbourhood, the slender design put together by Sweeny & Co. Architects is pleasing to the eye, and the concept could be one that Toronto turns to more often as premium downtown space becomes rarer and rarer. 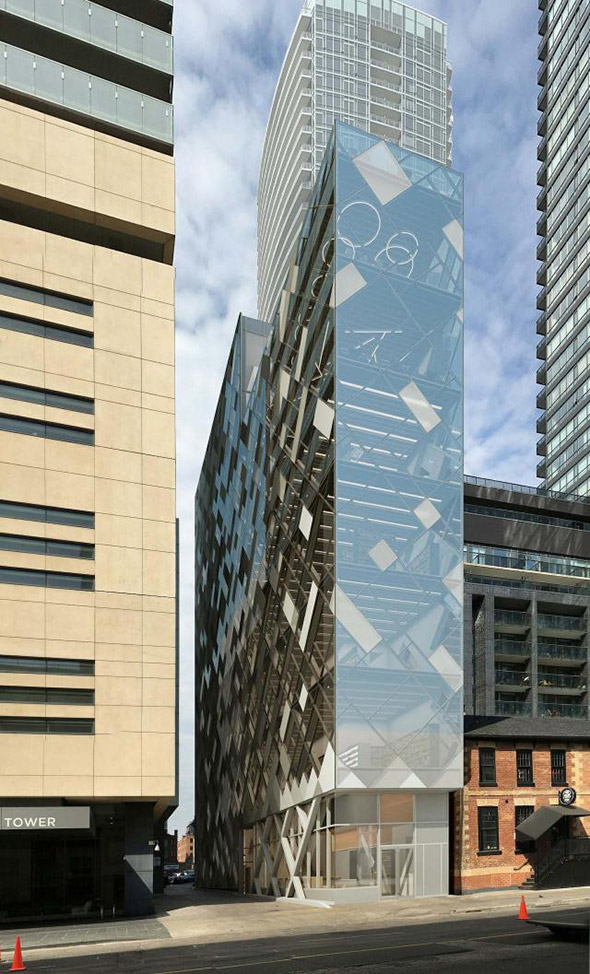