Soaring Yorkville condo might come with a new park

Yorkville is in the midst of a condo boom, one which promises to transform the neighbourhood profoundly. While the focus is squarely on vertical development in the area, there's also been some attention paid to public space as well. 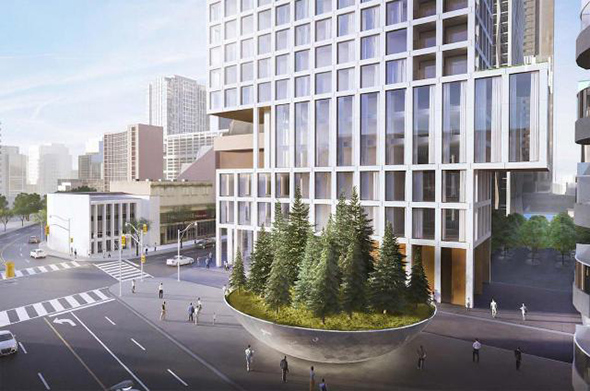 That's one reason why this new condo from Cityzen Development Group and KPMB Architects is noteworthy. Proposed for the corner of Yonge and Scollard, the plans for the 59-storey skyscraper include a complete redesign of Frank Stollery Parkette, which was already revamped for the Lotus condo project in 2010. 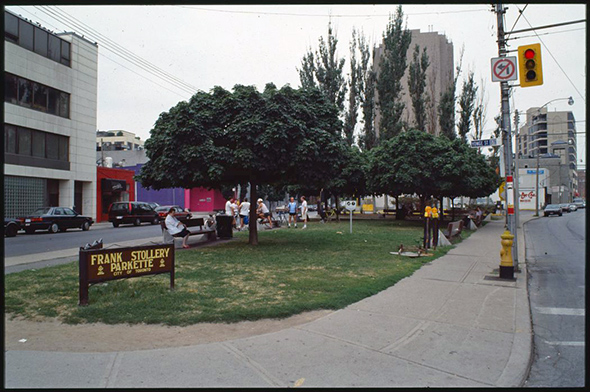 Prior to that, the small green space was one of Toronto's shabbiest. Despite the recent redesign, the space still lacks much by way of a wow factor, something which this new development proposes to remedy via a design by Martha Schwartz Partners, the firm responsible for the critically acclaimed Village of Yorkville Park along Cumberland Ave.

Right now the parkette features bench seating and planters, and not much more. An Urban Toronto thread reveals that at one point a water feature was promised, but it never materialized. If you didn't know it was there, you probably wouldn't notice it. 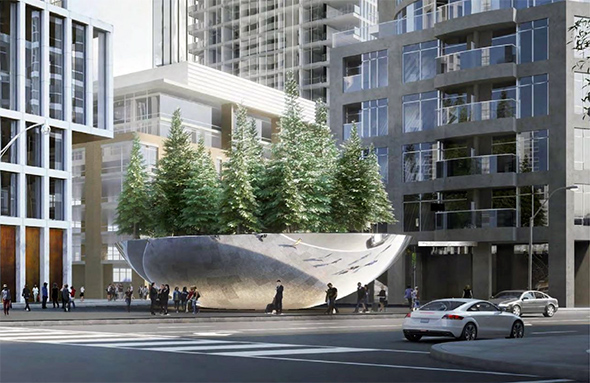 The new proposal, on the other hand, calls for a dramatic reimagining of the park with a massive bowl filled with trees. While not so practical, it would serve as a visual entrance to Yorkville and possibly even act as a tourist draw given its reflective surface a la Chicago's Cloud Gate. 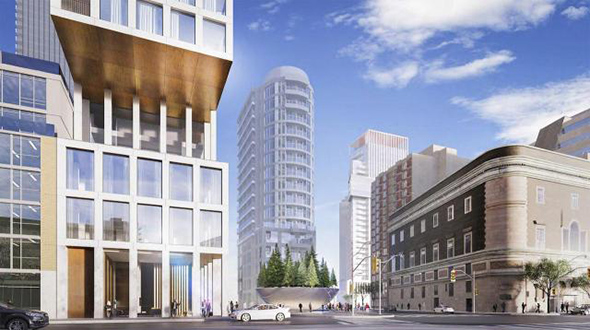 As for the condo itself, it also looks promising, though it's highly dubious that it will get built at the proposed height. Even as the neighbourhood is home to developments that far surpass 59 storeys, the impact of shadows on the residential neighbourhoods to the north will almost surely mean that the building gets chopped down during the design review process.

Historical photo from the Toronto Archives.