What's going on with the outside of this Toronto condo?

There's something remarkable happening at the corner of King St. and Blue Jays Way in Toronto. A Toronto warehouse that dates back to 1927 has been encased in what could best be described as a steel exoskeleton. It's a rather strange sight that surely piques the curiosity of those passing by. 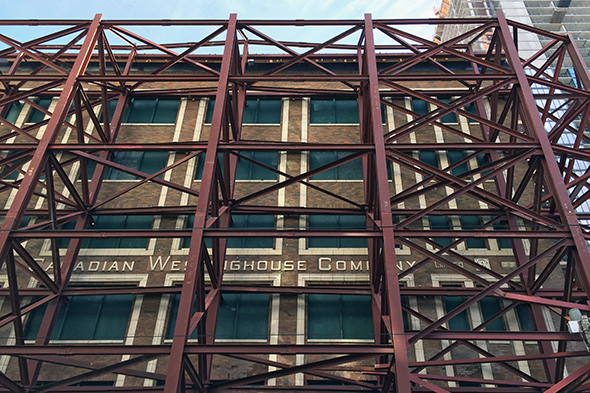 The steel frame has been erected to prop up the facade of the Westinghouse Building, a former industrial site where the eponymous company manufactured electrical parts. Unlike what's happening with the Loblaws warehouse at Bathurst and Lake Shore, which has been demolished before the facade is to be rebuilt, here the preservation will take place on site. 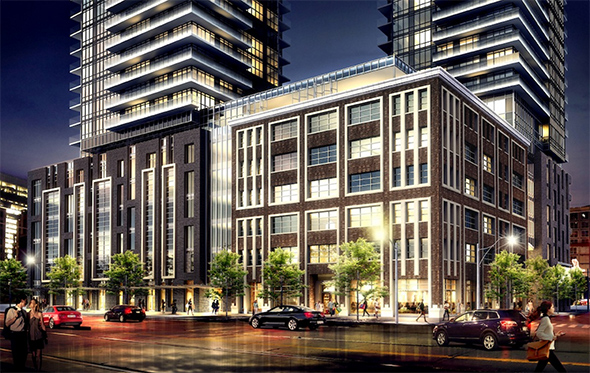 The north- and west-facing facades will become part of the podium for the King Blue condos project, which will include two towers at 44 and 48 storeys designed by Page + Steele / IBI Group Architects. ERA Architects are supervising the dual preservation and dismantling of the existing building. 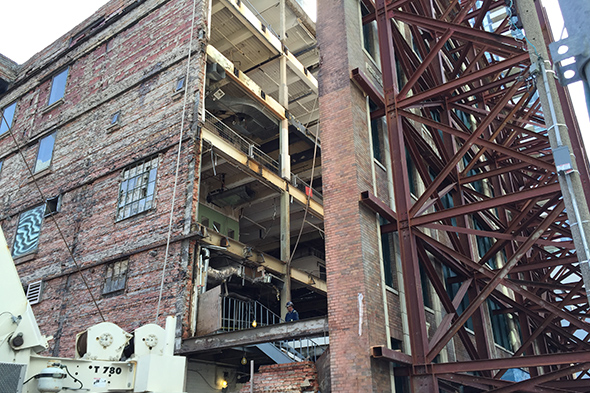 What's intriguing about this moment in the process is that you can peek at the early stages of the old building being separated from its facade. Looking from the east side of the building, you can see its original steel frame exposed, as well as parts of the former workspaces. The exterior is essentially being peeled off before the rest of the structure will be demolished and the condo foundation laid. 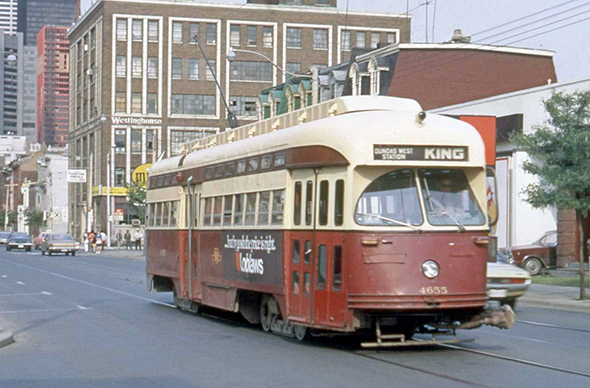 It's a bit of a shame that the whole building couldn't have been fit into the King Blue plans, but it will still have a presence thanks to what's being maintained. This is one of the more elegant bits of industrial architecture in the city, and it's worth remembering that King West was once a hub for manufacturing.