These two TTC subway stations are not like the others

Two of Toronto's subway stations aren't like the others. Both Queen's Park and St. Patrick stations are immediately recognizable for their tubular shape, which many have remarked gives them a look that's similar to the London Underground. 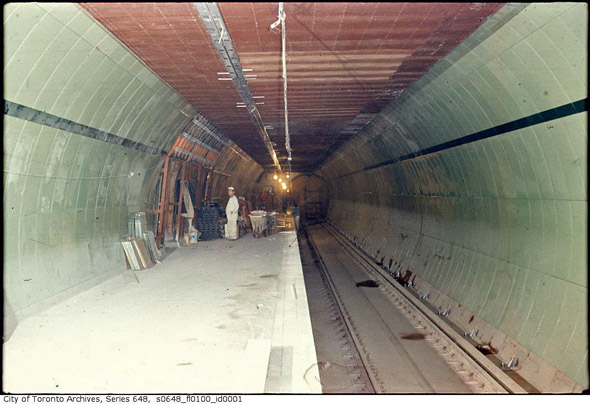 The answer is in some sense straightforward, though it does shed fascinating light on the manner in which the majority of the existing subway lines were constructed in Toronto. 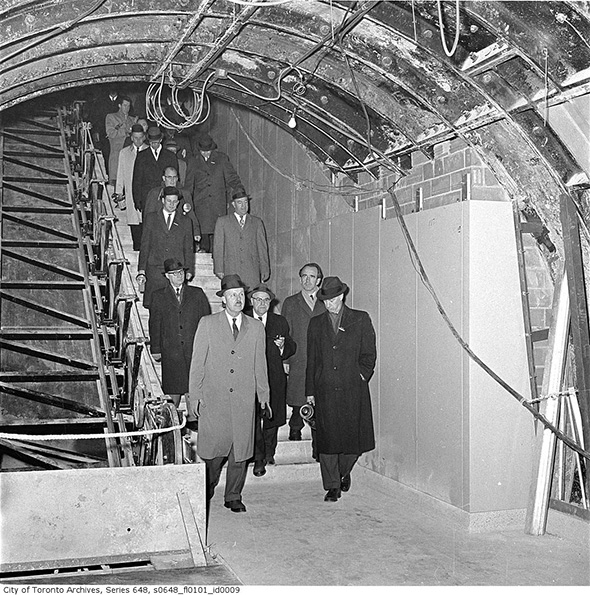 The vast majority of Toronto's subway system was built using what's known as the cut and cover technique, which has significant impact on above ground traffic. When it came time to build the University Line in the early 1960s, the TTC decided to lessen the construction impact by tunnelling between Museum and Osgoode stations. 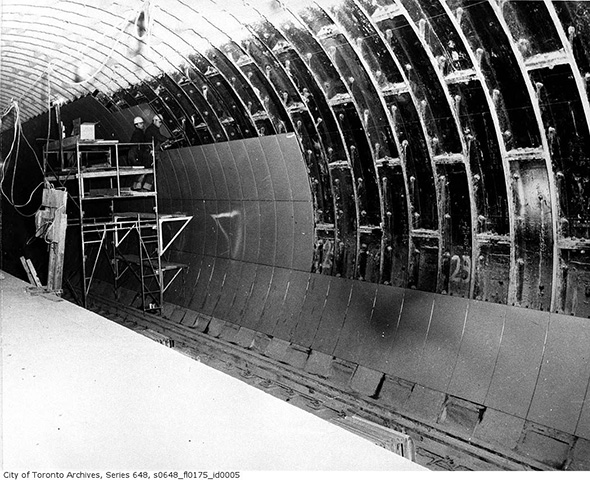 At each end of this tunnel, the stations were built using cut and cover, but the two in the middle—Queen's Park and St. Patrick—were tunneled out at platform level. 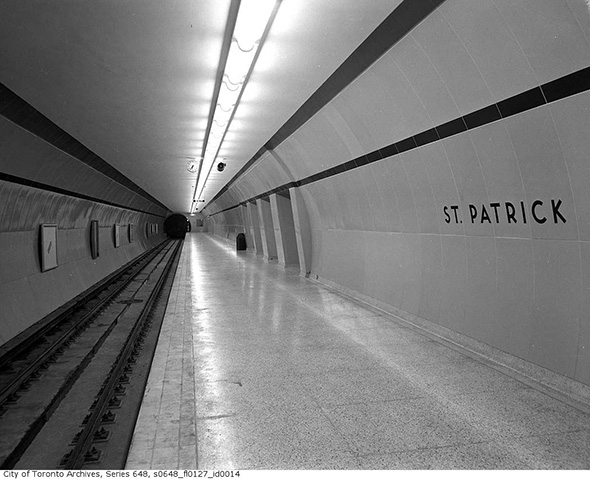 One might have thought that the TTC would stick to the use of tunneling to build the Bloor-Danforth Line a few years later, but instead it used (mostly) cut and cover. To diminish the effect on street level traffic, most of the line runs just north of Bloor St. where construction would be less disruptive.

It's cheaper than the tunnelling method, and the major transit expansion that was underway in the 1960s had stretched the TTC to its limits (it needed provincial subsidies to complete Line 2). Even when the Yonge Line was expanded north, the TTC used a combination of cut and cover and tunneling techniques (the stations are all cut and cover).

It's actually quite easy to tell which method was used when riding the subway, though only if you can snag a front window seat, which is now impossible on the Toronto Rocket trains. But, time lapse videos can offer a view that is otherwise impossible.

The Toronto Archives and k-beer. Lead photo by twurdemann. With files from Derek Flack.