Toronto never tires of imagining new schemes to redevelop the Gardiner Expressway, which is why it's at least somewhat troubling that the official plans for the elevated highway are so underwhelming. Given that the city is already contemplating spending billions of dollars on the aging bit of infrastructure, you might hope that a bolder vision be in place.

It's not as if there aren't some stunning and attainable options on the table. City staff recently considered five proposals for the future of the expressway, one of which goes by the name "Green Gardiner." It's an idea hatched by architect Cal Brook, one which calls for a section of the highway to be built above the existing rail corridor between Cherry and Jarvis streets. 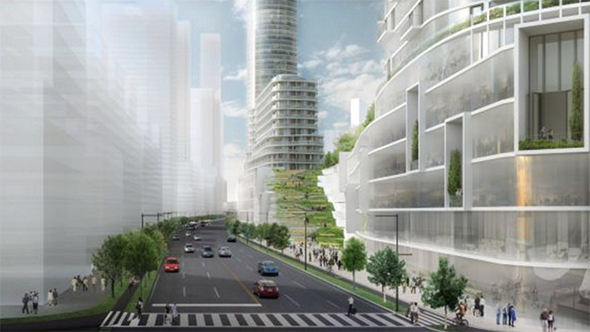 Above this hypothetically stacked freeway would be a 1.1 kilometre linear park, an idea that has been tossed around in one form or another for decades. The difference here is that the plan doesn't seem so outlandish. It's a bold idea, to be sure, but it doesn't exactly come from left field.

According to Brook, the benefits are myriad. Not only would the consolidation of the rail lands and the highway free up land for development (and thus revenue opportunities), but it would allow the city to turn the eastern section of Lake Shore Boulevard into a waterfront street worthy of its name. 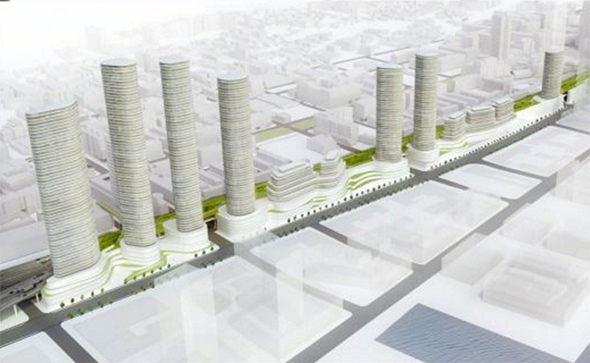 The proposal was not recommended for immediate consideration by city council on account of exorbitant costs and uncertainty surrounding the approvals process when building above the railway. For his part, Brook disputes the figures city staff pegged his proposal to come it at.

So, while he fights to have his vision reconsidered, we can sit back and dream of what might have been.