Moss Park is set to get a major overhaul in the coming years, spearheaded by a massive new development planned for a site just to the east of Queen and Sherbourne streets. WAM Development Group currently owns a parcel of land that stretches from McFarrens Lane to Ontario street between Queen and Richmond. On it, they propose to build three towers with over 1,600 units. 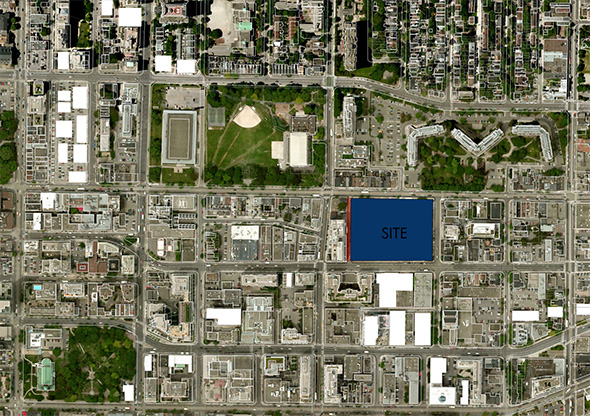 The project is in the earliest stages and thus subject to a lengthy review by the city, but there's a number of take-aways from the application documents that have been filed. Perhaps the most significant of these is that the plan includes ample public/retail space at the ground level with a sprawling courtyard at the heart of the development. 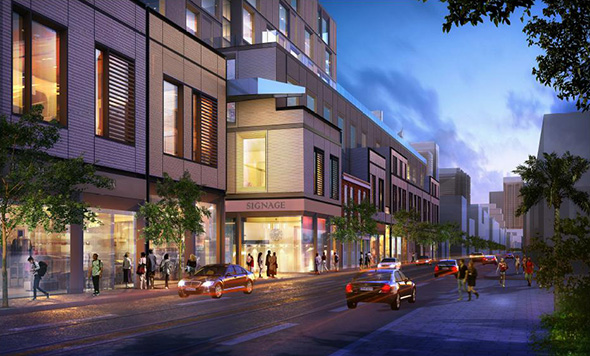 Also noteworthy is the fact that the developer is looking to make the majority of units in the project rental properties. Current documents suggest a breakdown of 1,100 rental units against 535 condos. Presumably the rentals would go in the double-towered building, while the condo would be a standalone structure. 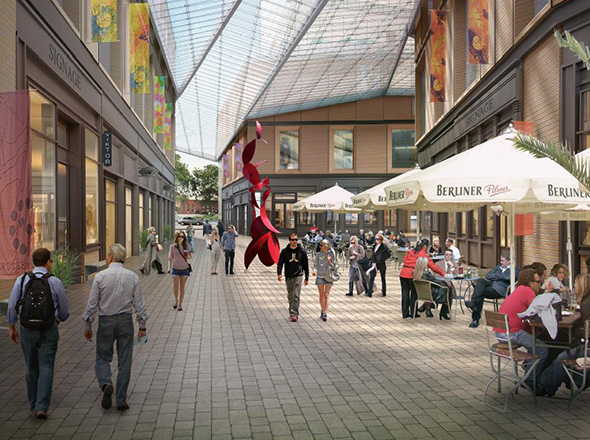 The architect behind the project is the Miami-based firm Arquitectonica, which has an impressive international resume and experience designing mini-communities of this type in other cities, along with major commercial properties. 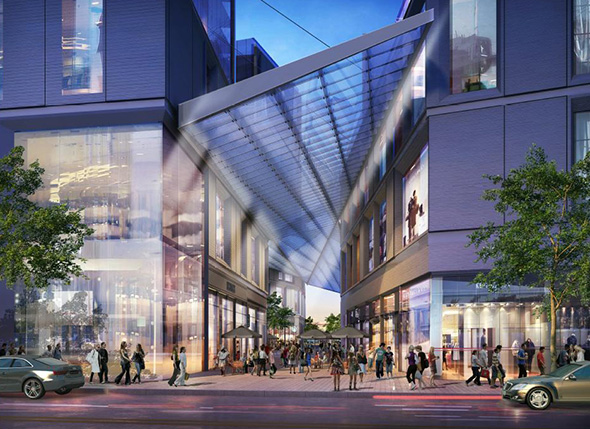 This is a huge plot of land to redevelop at over 15,000 square metres. There are, however, numerous challenges ahead. Will any of the units in the development be earmarked for affordable rent? It's unlikely, but the neighbourhood could certainly use such a stipulation. At 45 storeys, the height of the towers might also be deemed to much for the neighbourhood.

In any case, something very ambitious is in the works for the Moss Park area. Regardless of the the tweaks to come to the project, the neighbourhood is set for a massive transformation.

What do you think of the designs for the development. Let us know in the comments.