The top condo developments announced in 2015 aren't relegated to the downtown core. Rather, they bring well-designed, high-density housing to all areas of the city. These ambitious new projects won't be ready for a while, but many are available for pre-sale if you're considering investing in some swanky new digs next year.

Here are my picks for the top new condo developments in Toronto from this year.

Art Shoppe Lofts and Condos
With names like Lagerfeld (Karl) and Freed Developments attached to it, this condo at Yonge and Eglinton has already gotten a lot of buzz. Architect Peter Clewes of architectsAlliance designed the building and the aforementioned Lagerfeld will lend his talents to create a rather impressive-looking (at least in the renderings) lobby. 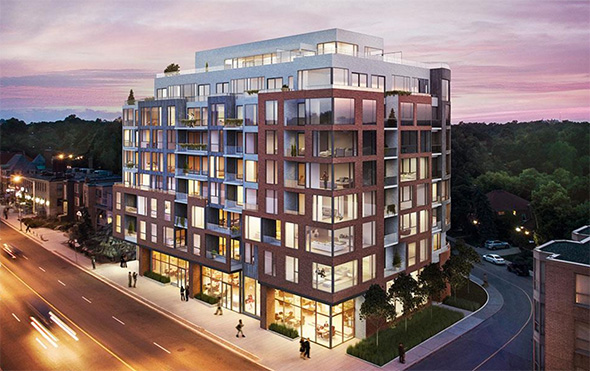 Picnic
Located in Bloor West Village, this eight-storey mid-rise building, designed by Quadrangle Architects, will include 68 units. And, it's set to be developer North Drive's second condo in the area (it announced the High Park a couple years back). 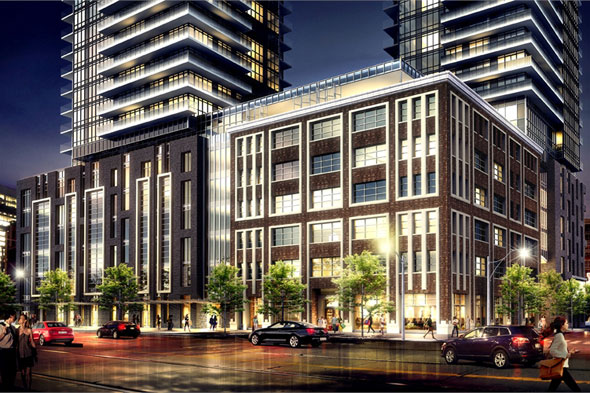 Blue Diamond
The amenities at this Forest Hill condo make it stand out from the pack. With two squash courts, a yoga studio and an indoor pool, this Camrost-Felcorp project looks quite luxurious. It features 26-storeys, 226 units as well as townhouses at street level. 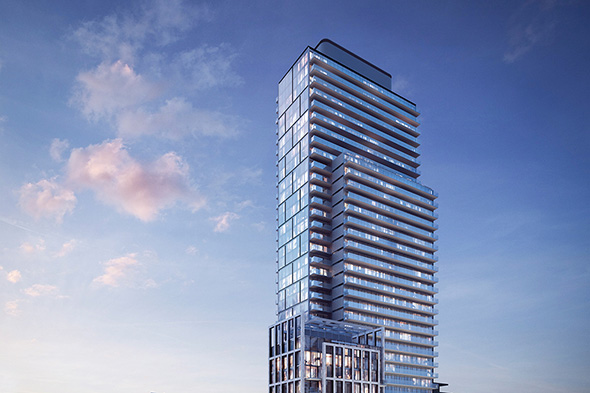 The Clover
According to BuzzBuzzHome, units at The Clover start in the $200,000s - that's relatively affordable considering its central location. This project by Cresford Developments, and designed by architectsAlliance, is situated right on Yonge Street, just north of Wellesley. 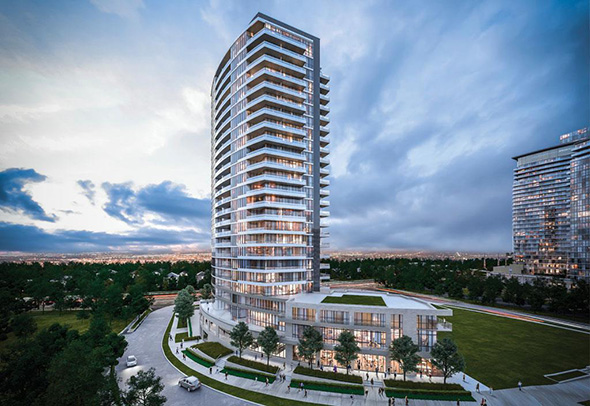 Fifth on the Park
With its New York City-sounding name, the Fifth on the Park is the fifth tower in Elad Canada's Emerald City community. WZMH Architects designed this 24-storey tower, which includes amenities like an indoor pool and retro games room. Units in this North York condo - that's right on the Sheppard subway line - start in the mid $200,000s. 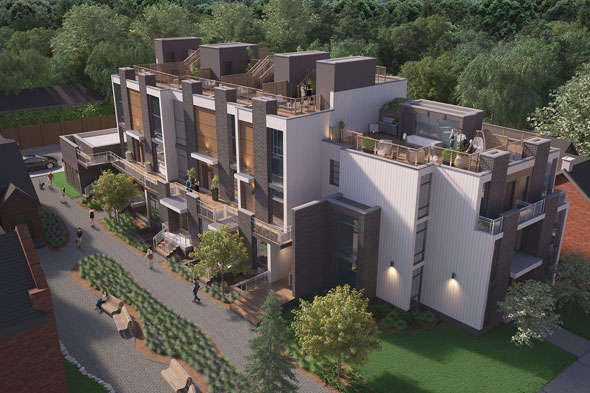 St. Leslieville
There was lots of confusion surrounding this Leslieville development. However, it's finally underway. As its name suggest, this long-awaited project led by deCargani Developments Inc., and designed by Open Architects, is converting the old St. Clements church into 14 condo units. Many of these spacious suites will clock in at more than 1,000 square feet. 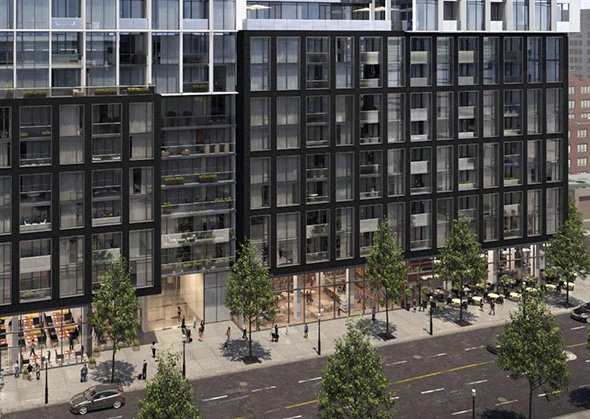 158 Front
The area around the St. Lawrence Market is slowly changing thanks to some new developments, like this one by Fernbrook Homes and Cityzen Development Group. It'll bring nearly 500 units to Front Street. And, it's another allianceArchitects projects, which means you can expect huge windows at these two 26-storey towers. 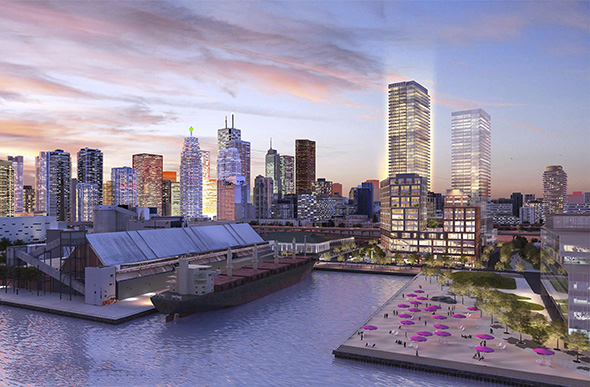 Daniels Waterfront Lighthouse Tower
It may not be an epic nightclub, but the building that's replacing The Guvernment complex is billing itself as a mixed-use arts hub. Phase One includes the 45-storey Lighthouse Tower designed by Giannone Petricone Associates Inc. with units starting at $279,000. 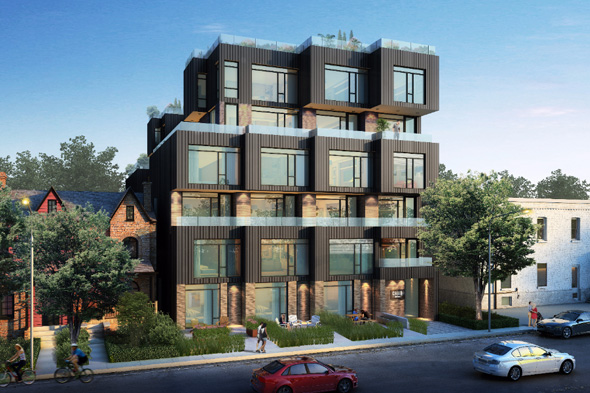 Cabin
If you're looking for a private oasis in the heart of West Queen West, you should probably look beyond the Cabin's cheesy marketing towards the 25 sun-lit units in Curated Properties's latest building. It's an incoming low-rise development designed by the local architectural firm RAW - it's a definite contrast from the numerous towers encroaching on the neighbourhood. 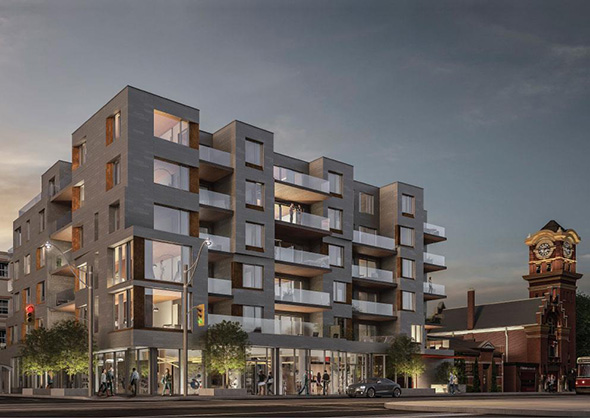 Heartwood the Beach
This newly proposed project by Fieldgate Homes and Hullmark is unique in Toronto's current condo landscape. That's because it features a timber frame. Designed by Quadrangle Architects, this six-storey condo will include a modest 37 units, a green roof and retail at street level.

What's your favourite new condo development? Add it to the comments.