The Dew Underground skate/BMX park and event space has wrapped up its two month run, but that doesn't necessarily signal the end of the aging industrial building that housed it.

The tenants of the sprawling warehouse at 440 Dufferin have been anticipating the impending redevelopment of the site for several years now, but luckily for them, the demolition of the decaying building has been put on hold, pending ongoing OMB mediation between the city, residents association Active18, and the developer.

Should that mediation fail, the matter will then go to appeal, which could potentially drag the process on for even more years.

Like many of Toronto's older industrial spaces, 440 Dufferin entered a new phase in its life after manufacturing left the downtown core. For many years now, it has been a haven for an extremely quirky assortment of small custom wood shops, artists, recording studios, designers, textile shops, decorators, and a wide variety of other artisans. 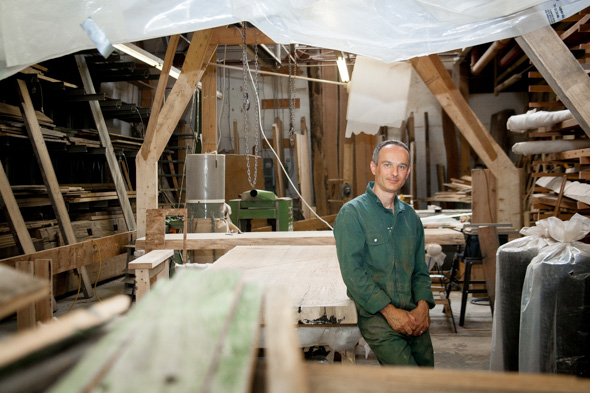 Unlike most similar buildings, though, 440 Dufferin is one of the few remaining older structures in the downtown to have escaped redevelopment. While it looks rundown, that aspect is part of the charm, as there are increasingly few spaces in Toronto where you can make noise and enjoy relatively affordable rent.

Protecting those activities is a big part of the reason the city turned down the application by SiteLine Communities to build an ambitious three-tower mixed-use development on the site. As local councillor Ana Bail達o explains, the city is increasingly concerned about the dwindling supply of employment lands.

Bail達o recently put forward a motion at city council asking planning staff to review the subject and provide recommendations on the employment issue, as well as other issues related to the site, including park space, massing, height, and traffic. 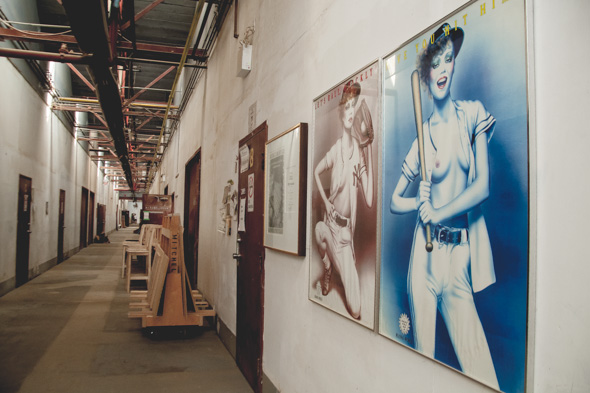 The original proposal did include two floors of offices and workshops, totaling 5,385 square metres of non-residential space - still a significant reduction from the current 6,400 square metres of work space.

Since the matter is currently in mediation, Bail達o couldn't comment directly on what the city is looking for in terms of compromise, but she emphasizes that it's not just about the amount of space allocated for employment and fate of the approximately 200 people currently employed in the building. 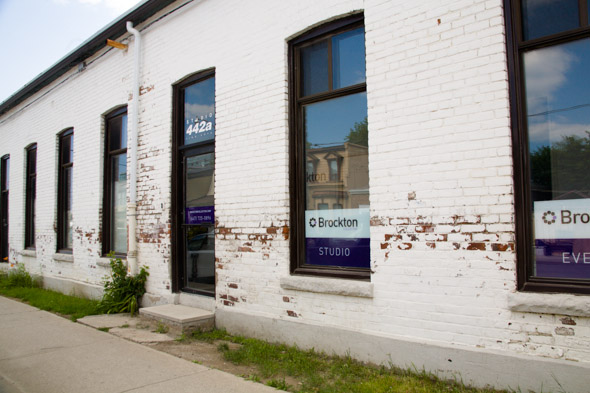 After so many years of seeing buildings like this converted into shiny condo towers with dry cleaners on the main floor, maybe we'll finally see something that doesn't displace all the creative activities that currently make the site special, as well as provides some much-needed affordable housing and green space.

What should Toronto's priorities be when it comes to new developments in former industrial spaces?