The 10 oldest restaurants in Toronto

The oldest restaurants in Toronto are harder to determine than you might think. With no central database, you have to rely on the restaurant's own declarations as to their opening dates. It's also important to have some sort of criteria in place.

Bars and hotels have been excluded here as separate categories. While continuous operation isn't a requirement for inclusion, an agreed upon opening date is crucial (which is why both Gale's Snack Bar and Peter Pan Bistro are left off despite being possible candidates).

With those stipulations, here are the oldest restaurants in Toronto. 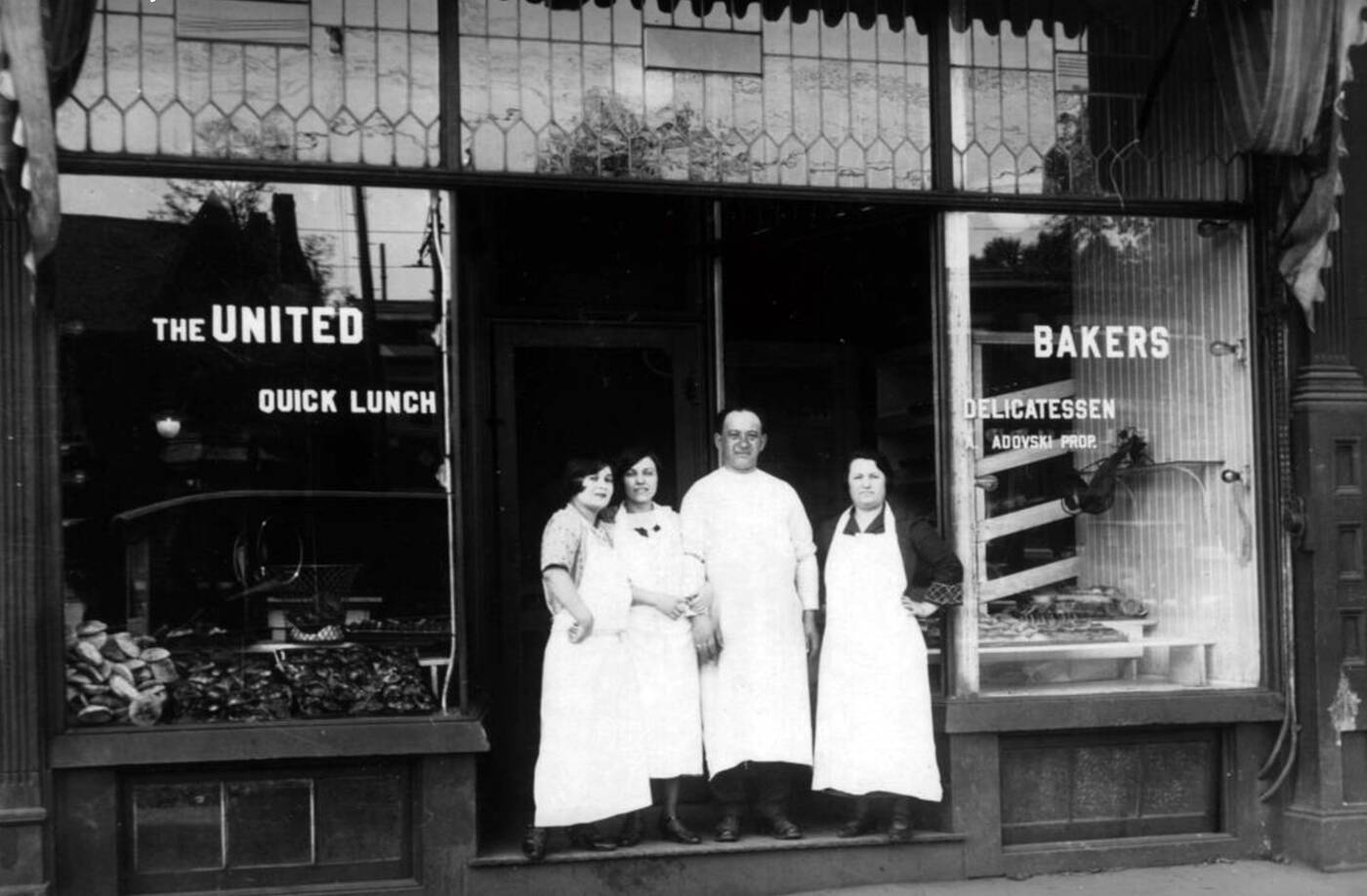 The 338 Spadina location of United Bakers in the 1920s. Photo courtesy of the restaurant.

You wouldn't necessarily know it to walk into the current location on Lawrence Avenue, but United Bakers has roots back to 1912, first on Agnes St. in the Ward and later at 338 Spadina when Kensington Market and the surround area was a hub of Jewish life in Toronto. 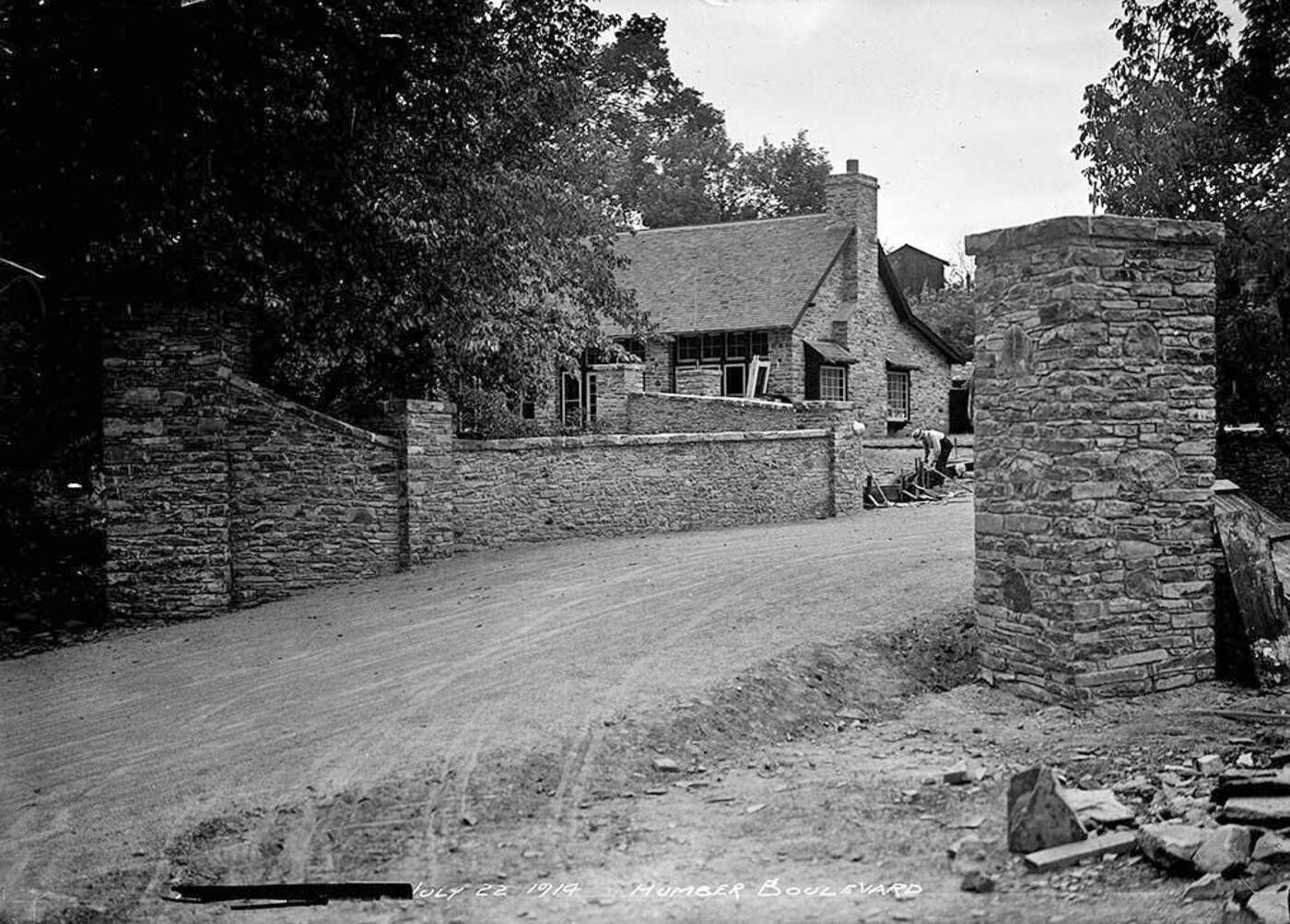 Construction wrapping up at the Old Mill in 1914. Photo via the Toronto Archives.

I've left hotels off this list as they deserve their own category, but the Old Mill is an important exception because it originated as a restaurant and tea room over a century ago. At first it was only open in the summer months, but eventually it would become a year-round establishment. 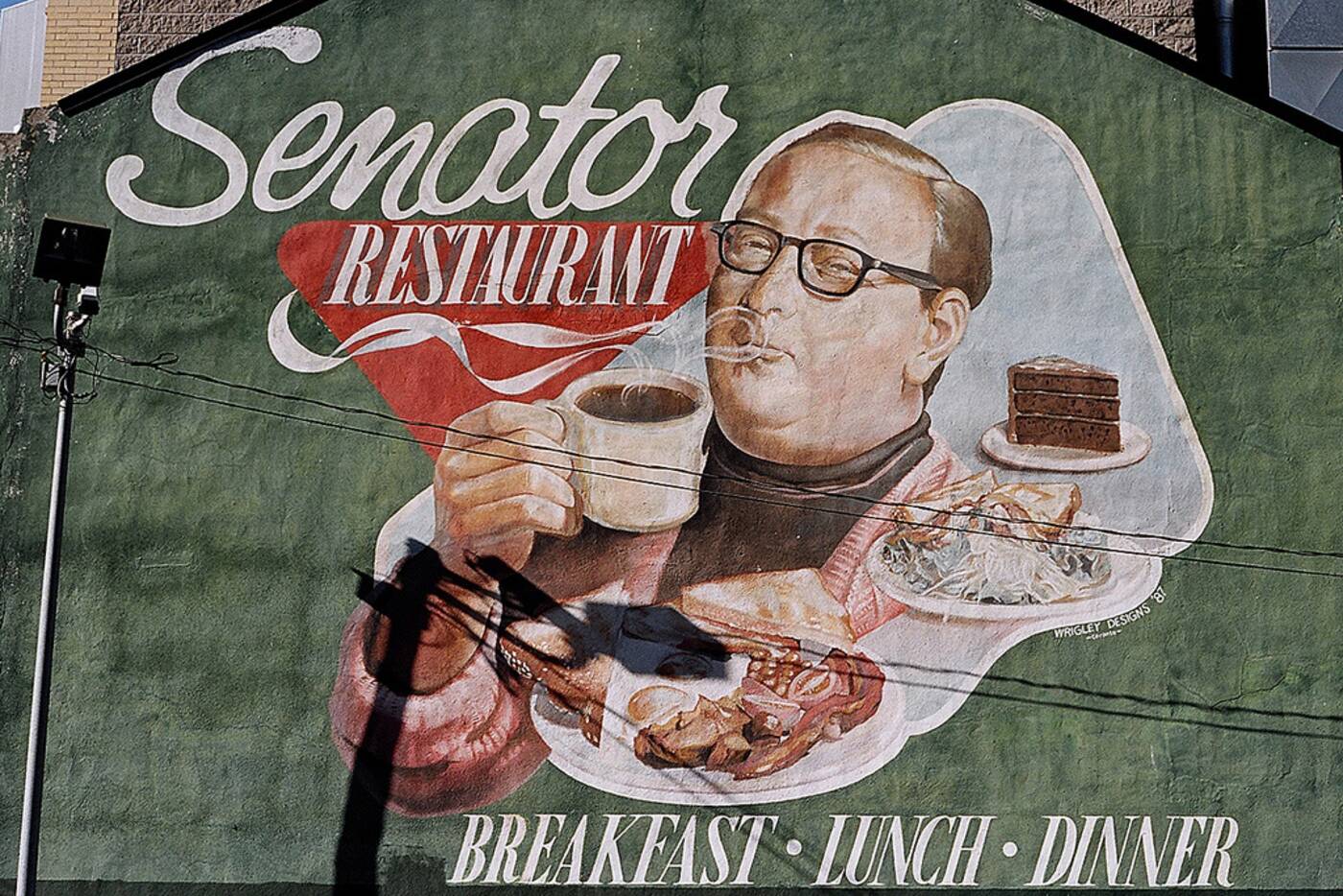 Hiding out just steps from the clamour and bright lights of Yonge-Dundas Square, the venerable old Senator opened as Busy Bee Lunch in 1929. The diner was renamed The Senator in 1948 and given a makeover. Its interior remains the same today. 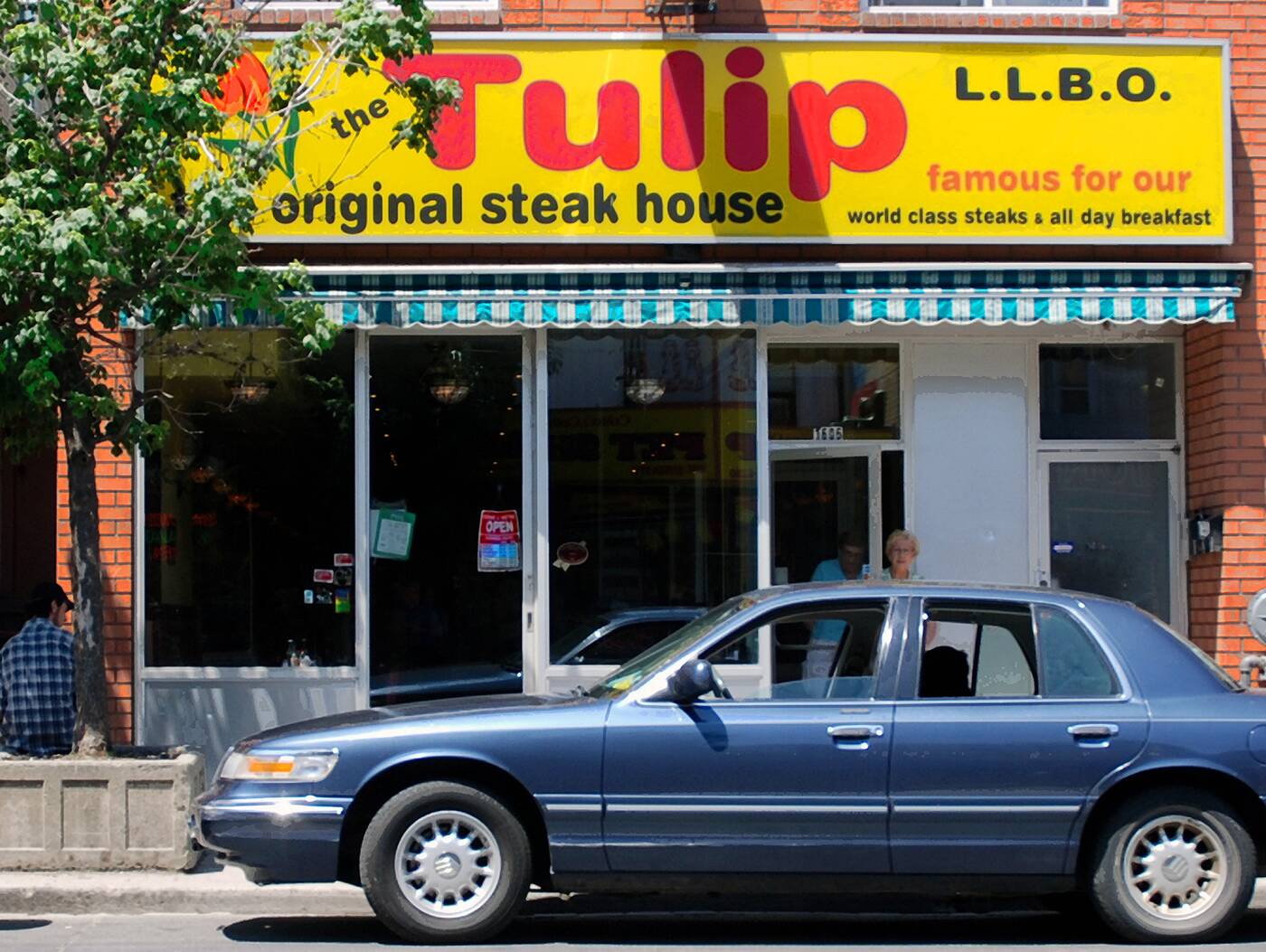 The Queen St. location might not be original, but the Tulip has old school appeal to spare. Photo by Martyn.

Unlike the Senator, the Tulip has changed locations during its 88 year run. It was originally located on the Danforth (1929-1969) before migrating to Queen St. East. It has, however, always served steakhouse favourites. The current location maintains the old school charm. 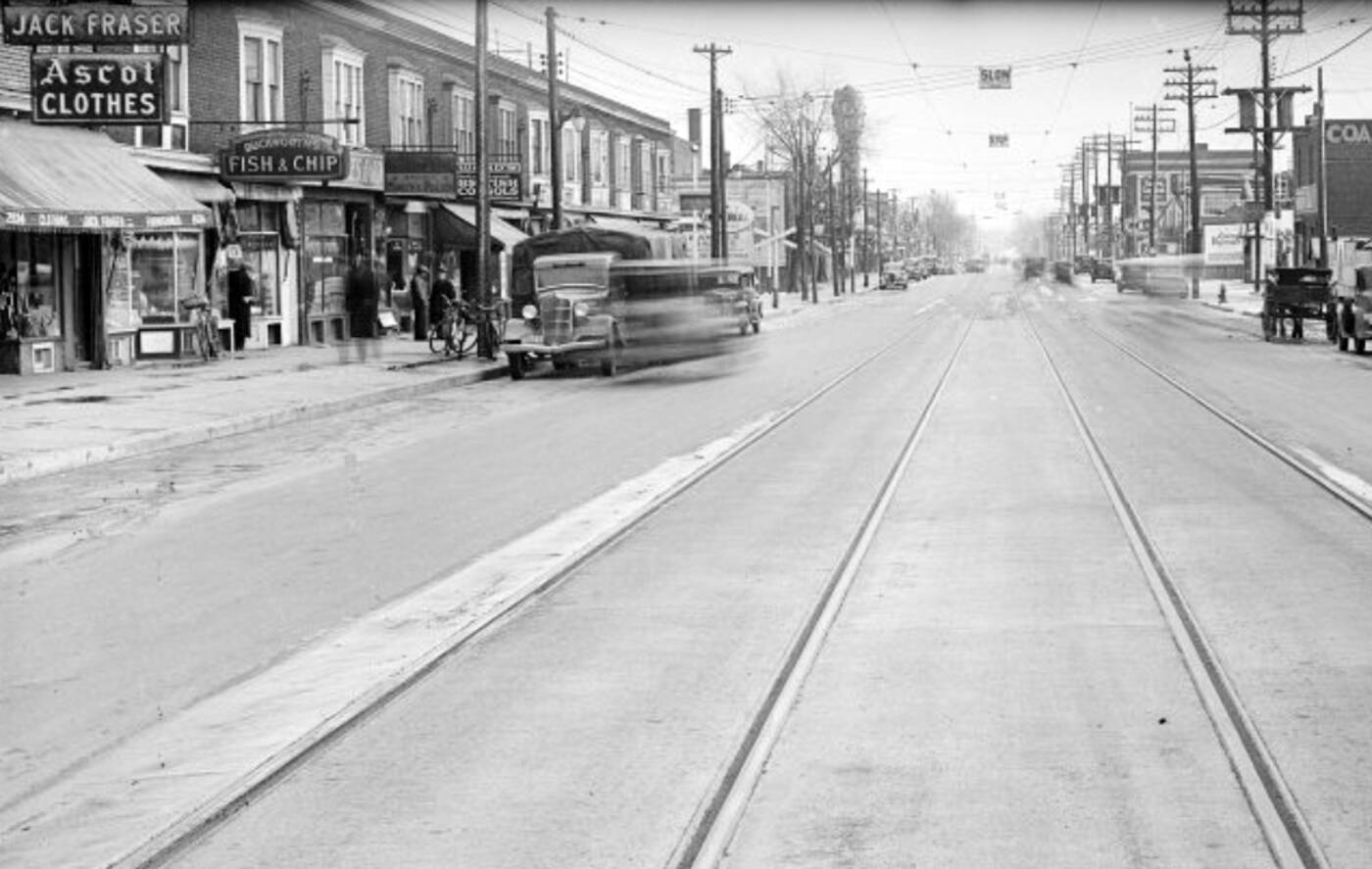 Looking arcross Danforth Ave. and Duckworth's in 1937. Photo via the Toronto Archives.

Opened by the eponymous Edith and Jack Duckworth at 2638 Danforth Ave. in 1930, Duckworth's has been serving up Britain's most beloved dish for over 85 years. The company is now run by its founder's grandchildren, has also produced two spin-offs. 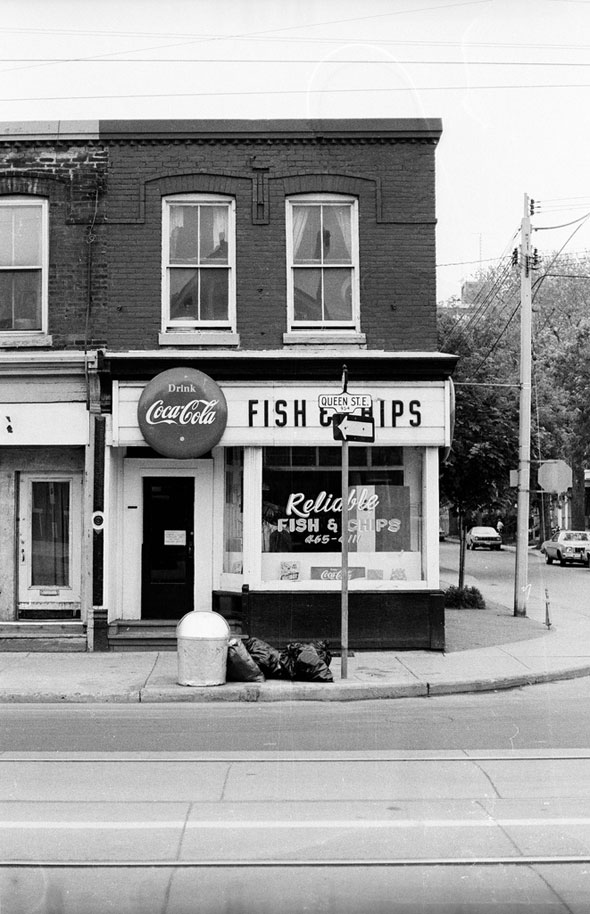 The old sign at Reliable Halibut and Chips. Photo by Patrick Cummins.

As its name suggests, Reliable has been consistently serving halibut and chips to the denizens of Leslieville for more than 80 years. The owners and signs have changed, but Reliable has never budged from its corner location on Queen between Logan and Carlaw. 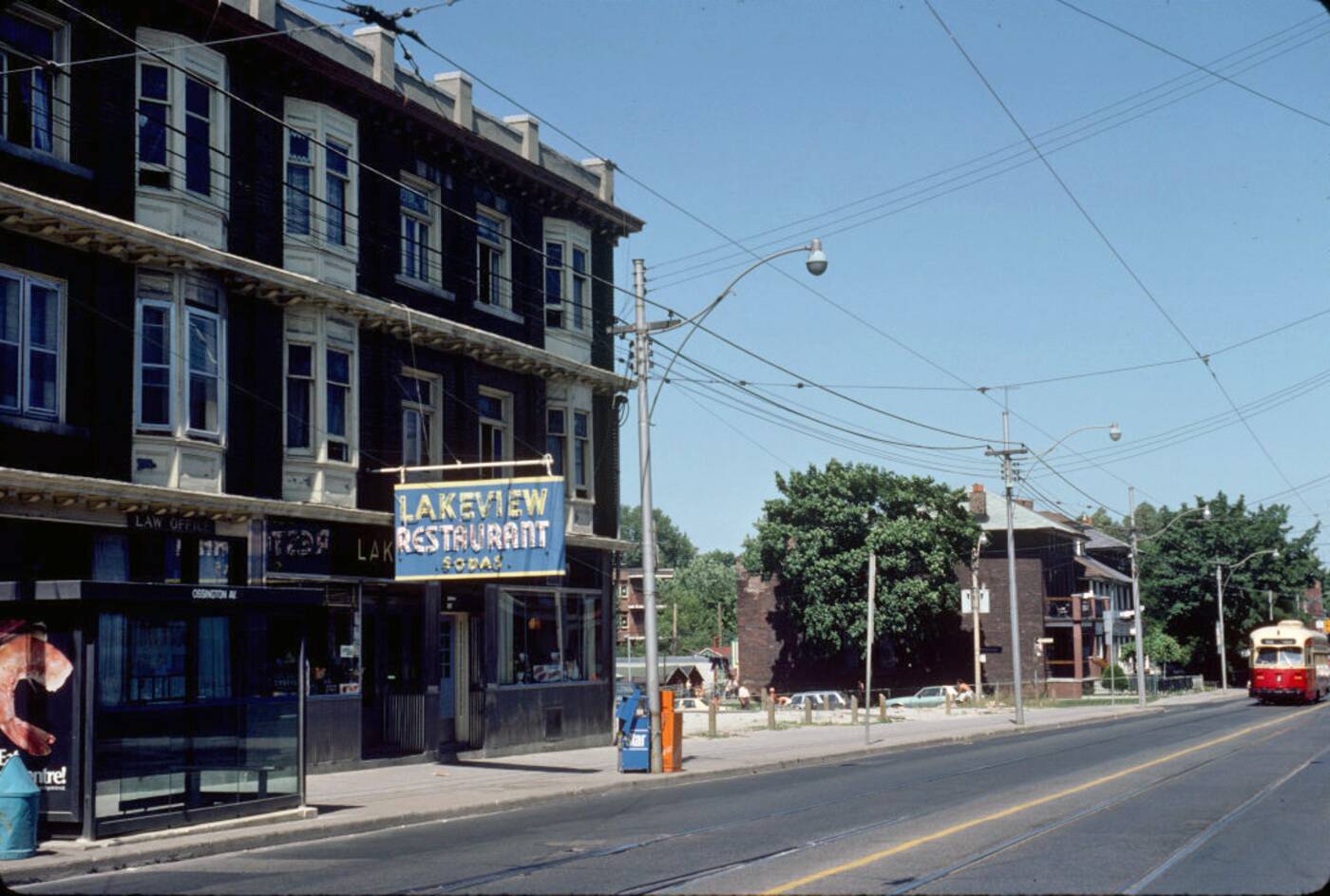 Looking east across the old Lakeview sign in the 1970s. Photo via the Toronto Archives.

Cleaned up and overhauled in 2008 after a brief closure and change of owner, the Lakeview Restaurant is, once again, a neighbourhood institution. Some time before the 2008 refit the gorgeous old neon sign that used to hang over Dundas St. was lost. 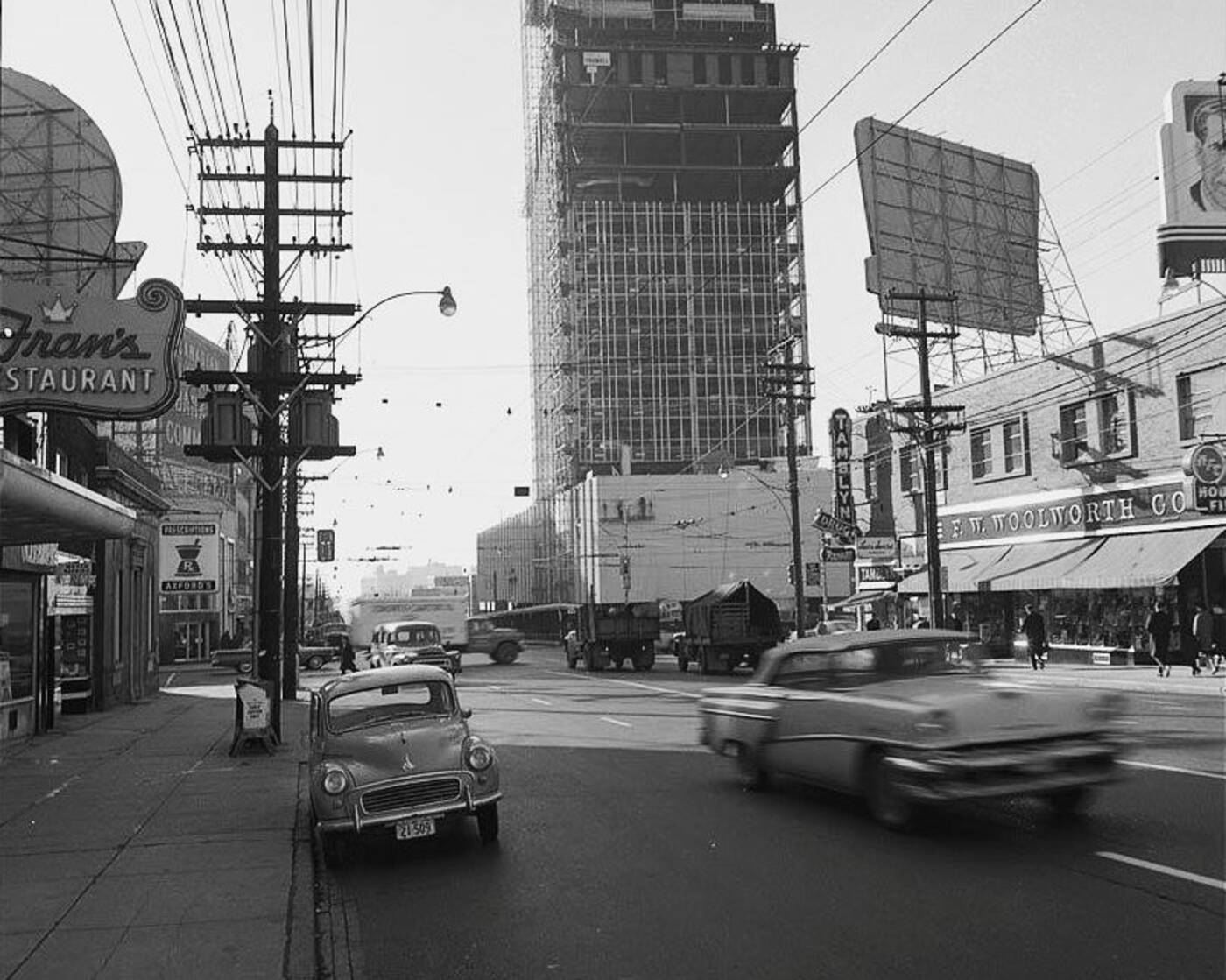 Fran's Yonge and Eglinton location in 1956. Photo via the Toronto Archives.

The first Fran's open in 1940 at Yonge and St. Clair. It was just a 10-stool diner back then, but it offered an item that'd become a fixture on greasy spoon menus everywhere: the banquet burger. Over the years the restaurant has expanded and contracted its number of locations, but it still boasts three diners in the city. 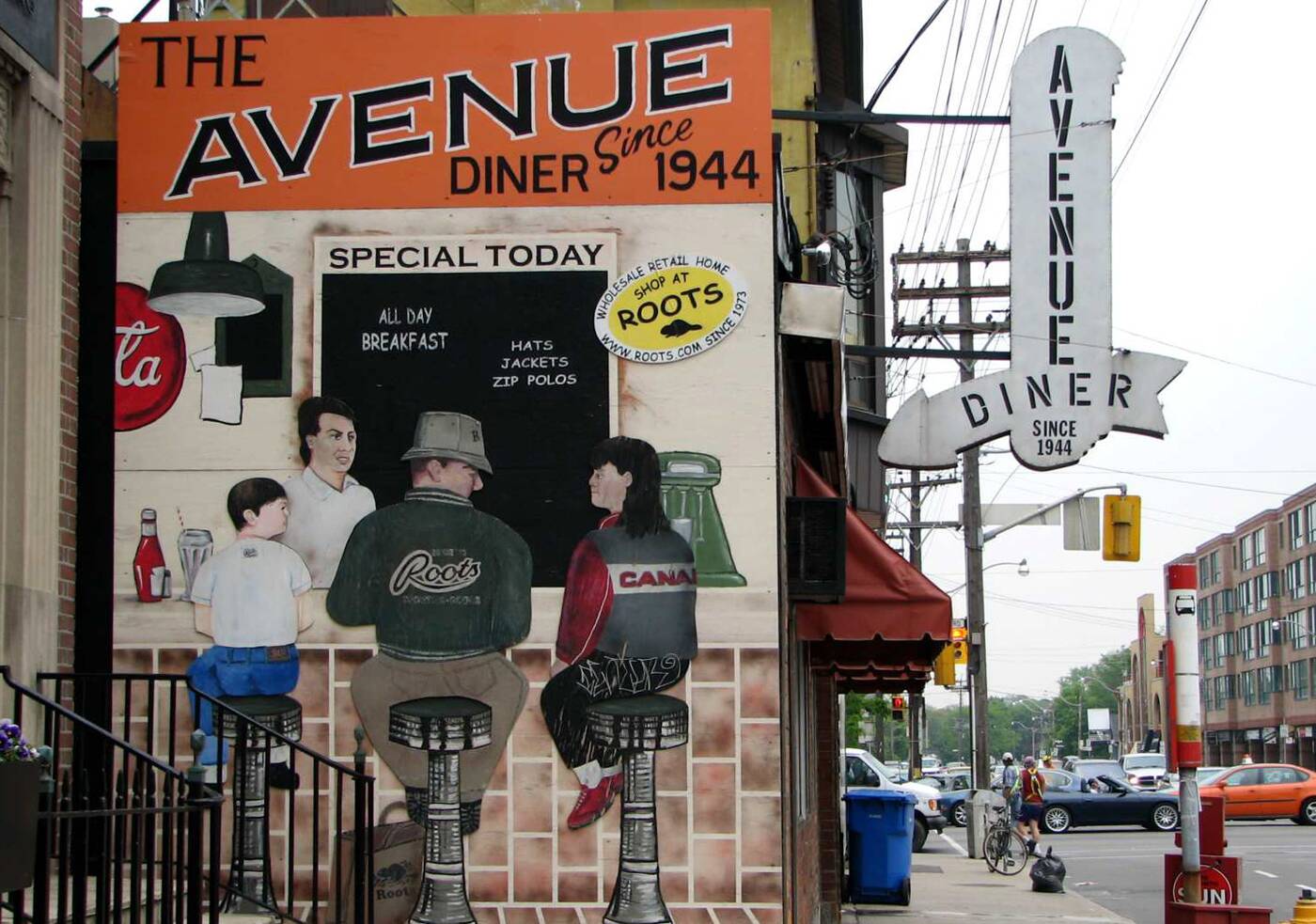 Diners don't get much more authentic than the Avenue. Photo by Vivi Loob.

This classic diner at the northwest corner of Ave and Dav oozes old school charm that can be traced back to 1944. The menu hasn't changed much since then, though the collection of celebrity photos that adorn the walls has steadily grown since the doors opened so long ago. 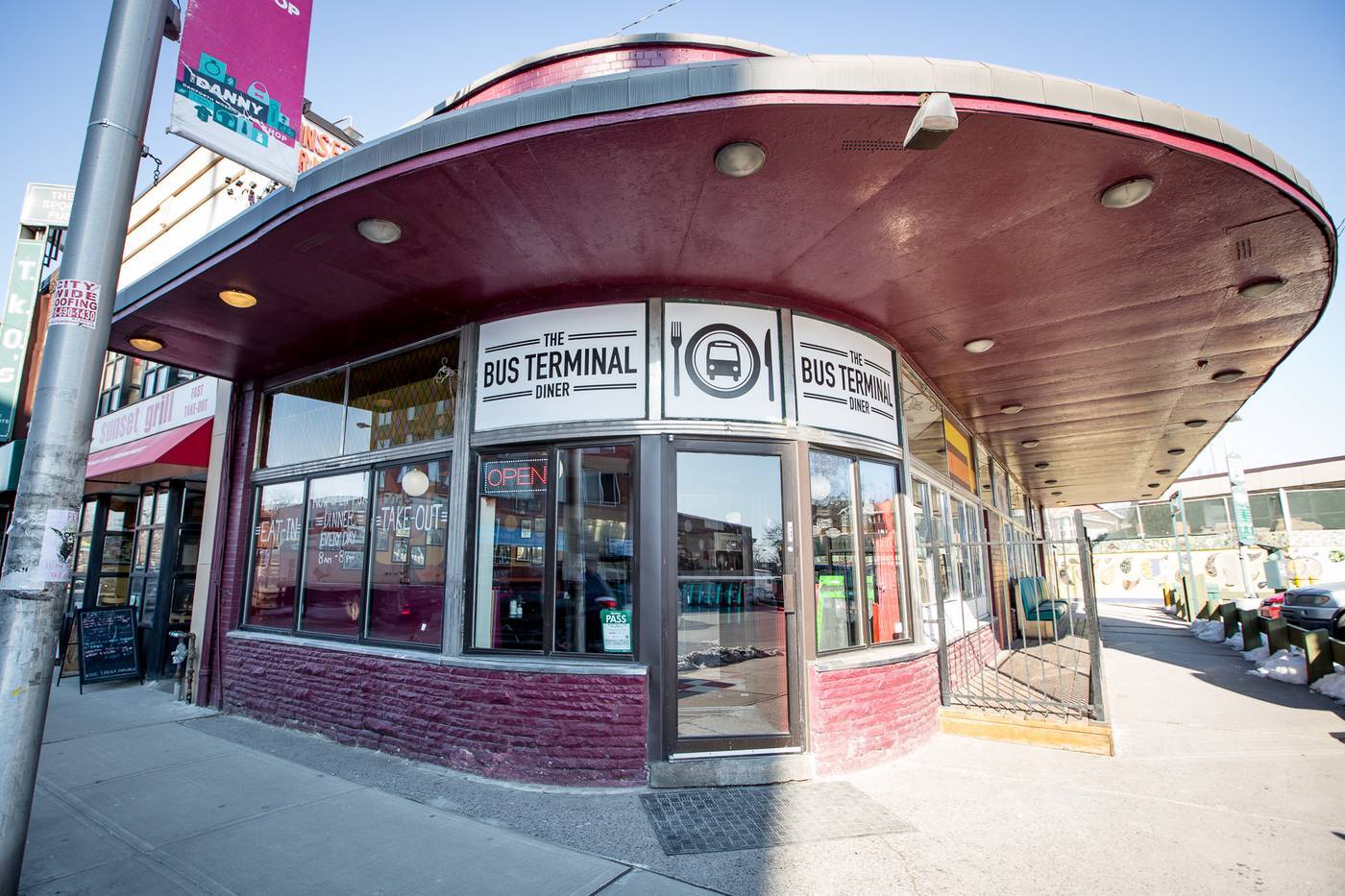 Recent renovations at the Bus Terminal Diner have preserved the retro charm. Photo by Jesse Milns.

It looked like this diner might suffer the fate that so many others have in recent years, but longtime patron Tim Dutaud and business partner Kevin Wallace saved the east side institution. The interior has been spruced up, but the decor and menu still scream post-war Toronto.

ZensLens. With files from Chris Bateman.