It's got streetcars and a picturesque waterfront, but that's where the obvious similarities between Toronto and San Francisco end. As major world cities, however, the two share plenty of issues: disorganized street parking blocks roads, household waste is still being sent to landfill, and public transit is struggling to move people effectively.

The Californian city has some solutions to these issues that Toronto might borrow. How about a smart parking meter that's designed to manage demand and control rates, or a team of garbage inspectors armed with educational material, or timed transfers that allow transit riders unlimited trips within a 90-minute window?

Here are 5 things Toronto could learn from San Francisco.

Expand free public wifi
At time of writing, Toronto's free public wifi is limited to a handful of stations on the downtown portion of the subway and branches of the public library. It's a start, but other cities, like San Francisco, are offering gratis internet in public parks. Funded by a $600,000 gift from Google and launched just last week, the city's free public wifi covers 32 parks, plazas, and open spaces across downtown. New York offers a similar service, so do Los Angeles and Brisbane in Australia--proof that parks can be about more than just trees and grass. 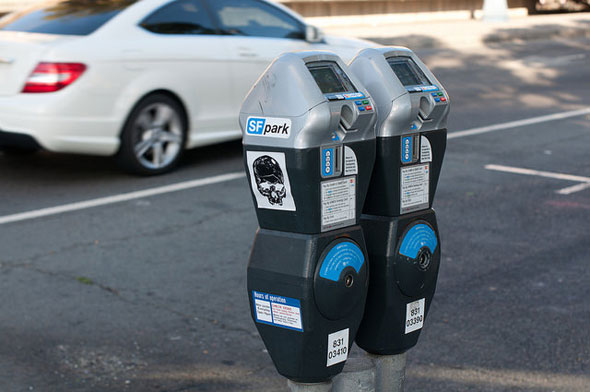 Get smart about street parking
SFpark is San Francisco's high-tech attempt to match in real time the price of street parking with demand. Essentially, smart parking meters raise and lower rates based on how many of the surrounding spaces are occupied; prices rise when demand spikes and fall when there are an abundance of spots in an attempt to maintain between 60 and 80 percent occupancy.

The goal of SFpark was to create an even spread of available parking, prevent drivers cruising for cheap spots, and make it easier for shoppers to find space to stop. According to the most recent results crunched by City Lab, the meters have been a success on (almost) all fronts--the tax revenue from stores serviced by SFpark meters even climbed, suggesting customers were lingering longer. Perhaps Toronto could find a way to manage its street parking with an eye to improving streetcar service.

Work harder at recycling and composing
San Franciscans divert 80 percent of household waste from landfill by recycling plastics and turning kitchen waste into useful compost. Officials are trying to boost the city's already exceptional diversion rate, which is the highest in the U.S., to 100 percent by 2020. One way it's doing that is by employing "municipal cart inspectors"--garbage can inspectors.

Though residents can be fined for putting waste in the wrong receptacle, San Francisco's trash-rummaging waste team choose to educate rather than punish, explaining to confused citizens where that cardboard egg carton really belongs. Toronto's waste diversion rate is currently 52 percent, largely due to lax behaviour by apartment and condo dwellers. Maybe Toronto inspectors could knock on those doors first. 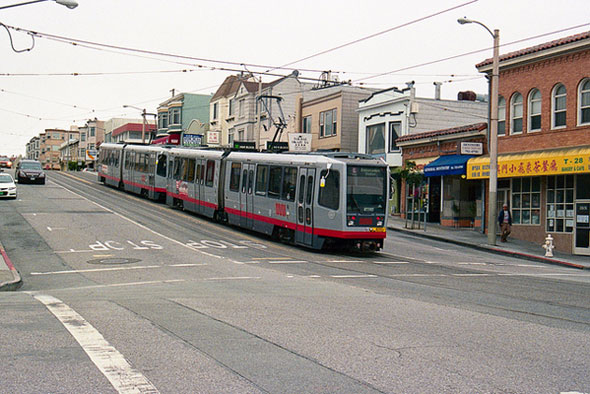 Give the people timed transfers
San Francisco public transit, a mix of heavy rail, light rail, and trolley buses, isn't renowned for its quality or effectiveness, but it has one feature Toronto is considering adopting: timed transfers. For the price of a fare, riders get 90 minutes of unlimited travel on buses and light rail throughout the city. That means passengers can make quick trips on public transit without paying two fares.

The TTC is conducting a pilot study of two-hour timed transfers on St. Clair. Implementing the scheme city-wide would cost about $20 million in lost revenue that would need to be covered by the city. Oh, and let's not forget San Francisco has an electronic fare card that works with the city's various transit providers and offers all-door boarding.

Invest in public toilets
Humans, like all animals, create waste. When we gather together in cities, we create a lot of waste. It's surprising, then, that Toronto provides practically no options for people in need of relief on the street. The TTC has a few bathrooms, the city operates a handful of facilities in public parks and squares, but elsewhere the onus is on private businesses to provide public washrooms.

People piss in San Francisco too, but there are at least public facilities in place to deal with the deluge--and that really is the right word. In 2010, according to the New York Times, there were nearly 10,000 public "incidents of human waste" cleaned up in just one neighbourhood, North of Market-Tenderloin.

The problem of public defection hasn't been solved in San Fran (In 1995, a plan to have ad company JCDecaux install 25 self-cleaning washrooms ended in a mess of skid marks, prostitutes, and dead bodies) but a financial commitment to 35 new downtown conveniences, approved in 2008, appears to be having an impact. There are even plans for a high-tech toilet, "the pPod," in Dolores Park.