The top 10 places to sneak a nap in Toronto

Finding a place to nap in Toronto isn’t easy — especially given the fact you’re exhausted enough to need a quick power snooze in the first place.

Though the art of the siesta has yet to be incorporated into the Canadian lifestyle, the number of pay-to-nap options are growing. Still, you’ll have to be slightly creative to catch some shut-eye around the city, and maybe shell out some coin for your zzz’s.

Here are my picks for places to sneak a nap in Toronto.

Yes, this finally exists, so sleepy heads assemble. As the city’s first official nap studio, Nap It Up at Yonge and Eglinton offers 13 beds, blankies and pillow included. It’s just $10 for a 25-minute snooze, which is well worth the money for your weary bones.

Realistically, any library could suffice for a public nap, but thanks to the Reference Library’s sheer size you’ll feel much less conspicuous than at your local branch. Stick close to the sides of the rooms for comfier chairs and ample seating by the windows (the fifth floor is especially chill).

Ritzy hotels don’t usually translate to welcoming sleep pads for tired pedestrians, but you’d be surprised to find this historic Front Street building has a perfect second floor lobby for napping. You might have to play the part of a sleep-deprived hotel guest, so the proper attire might make this roleplay a little easier.

The Salt Cave at Hoame

Take your midday nap to the next level with a trip to the Himalayan salt cave at this Adelaide Street meditation studio. Submerge your feet into tiny salt crystals while you sinking into plush seats for this full-body therapy. It’s $45 for an hour in this magical cave.

Not only will you be getting sleep, you’ll also be getting an extra dose of O2 in this Sherbourne Street conservatory, where benches lining the Palm House make for a perfect spot to perch unnoticed beneath tropical vines and palm trees. 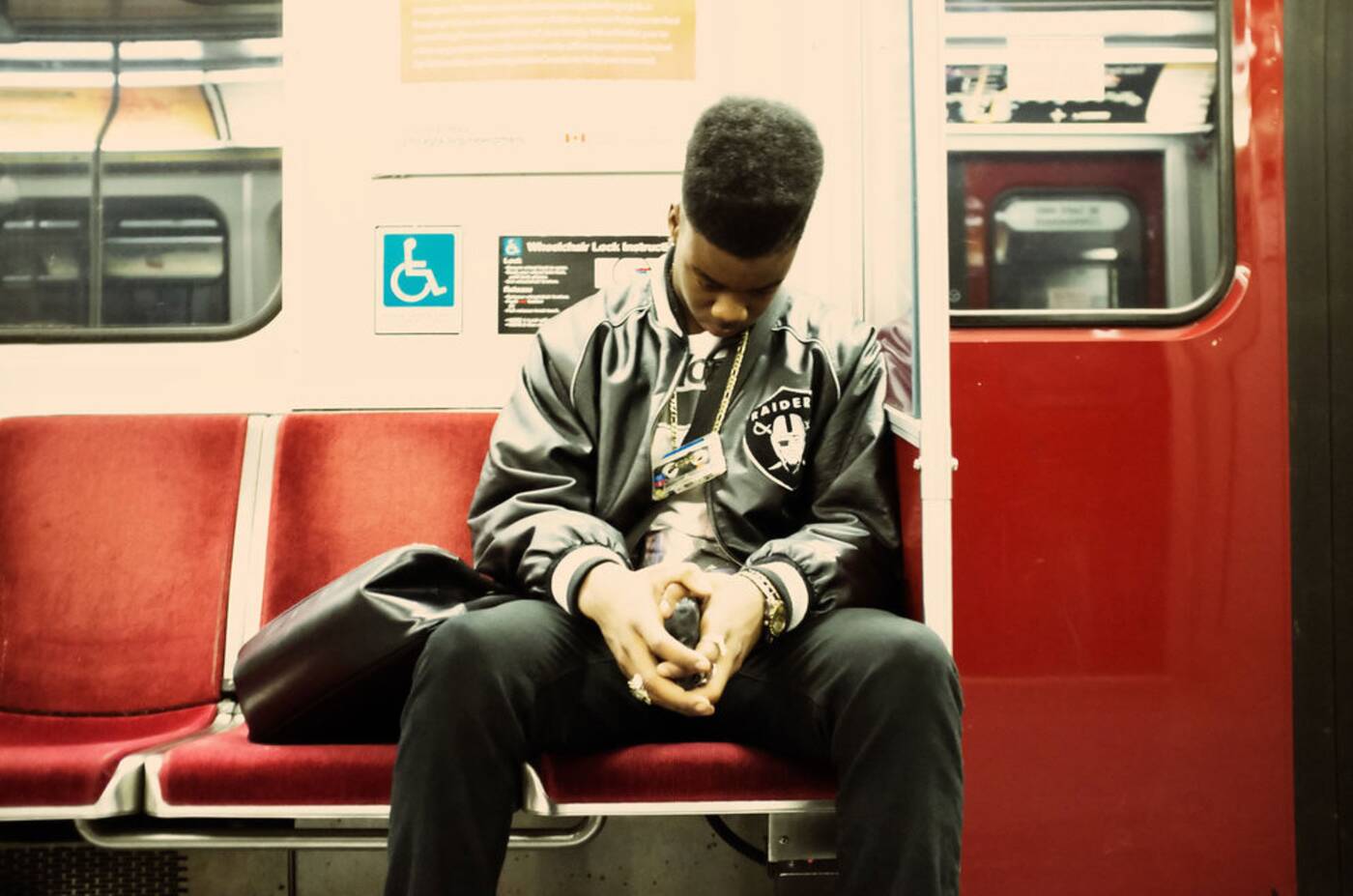 It's not unusual to see someone taking a nap on the TTC. Photo by Daifuku Sensei.

If you’ve never dozed off during a trip on the TTC, you’ve likely never travelled between on the Yonge Line during rush hour. It’s a bit of a no-brainer, but for the price of adult fare, you could technically spend all day cruising the subways from one end of the city to the other without any disturbance — I recommend Line 2.

The Student Learning Centre right at Yonge and Dundas is always bustling, but for some it’s easier to doze off with a little background noise. Built for Ryerson students but open to the public, there’s bleacher-style seating by the entrance for a casual snooze, plus study areas with cubicles on the upper floors.

Drifting in the dark of a tank filled with warm salt water has been proven to be highly therapeutic. Sleeping in one: even better, since one hours-worth of sleep has the benefits of four in a pod. It's pricey, ranging upward of $75 per hour, but so, so worth it if you can afford it. H20 Float Spa and Float Toronto are just a few options.

Again, you’ll have to be as inconspicuous as possible to catch some z’s in this lodging's lobby, but this Financial District hotel is all-around pretty lax when it comes to people utilizing their comfortable seats (and WiFi, for that matter) for a quick siesta.

Get lost in Toronto’s underground walkway system and you might accidentally stumble on some secluded and surprisingly comfortable seating. Aside from the food areas scattered throughout the PATH, the areas under First Canadian Place also have some couches worth checking out.