H2O Float Spa is the place you need to go if you're one of those people always lamenting that "you just need to get away from it all." Upon arriving at the Danforth destination, you put on a fluffy white robe, and step into a little room all by yourself. Within: a white, circular, clamshell-esque pod full of warm salt water, bathed in soft light. You can pull its cover down over yourself to create a safe, solitary womb.

I won't lie about this: I can be a jittery person, and I'm also a claustrophobe. Hence, I was a little scared just utterly terrified to enter this float pod. I stepped out of the shower and sat on the edge, naked, about to embark on my reverse birthing process. I crammed the provided wax balls into my ears and climbed in. The lights in the room went out after a minute or so. (The pod lights remained on.) I was certain the aliens knew I had complied with step one of their plan. 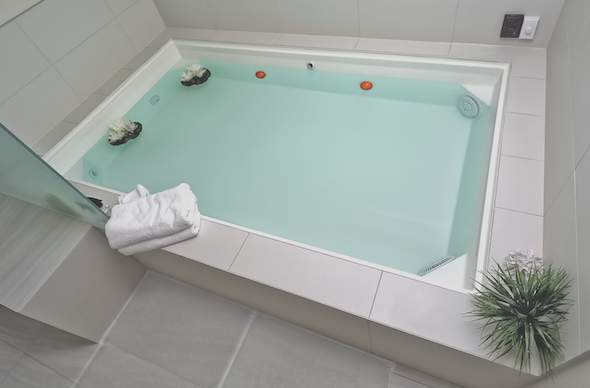 I spent the first half of my float in a paranoid state, envisioning all manner of physical calamity befalling me. Would I contract an unbearable venereal disease? Were there bugs in this water? My neck feels stiff! Will it ever unstiff itself?! Relax, relax. You're supposed to be relaxing!

I practice yoga and meditation, though (clearly) so that helped with the fear. Eventually, I gave the water permission to support my body. Once I got a grip, I found myself in a state of extreme relaxation. I thought mostly of nothing but how singularly lovely it was to exist in pure silence for a change. I tried to worry about work, but the thoughts wouldn't stick. I breathed in and out as deeply as I could, feeling like nothing but a pair of lungs, filling out and emptying. I completely forgot about my body.

The water really does support one's weight in full. Josh explained to me that there is a total of 1,200 pounds of salt in the water, making it one and a half times more bouyant than the Dead Sea. 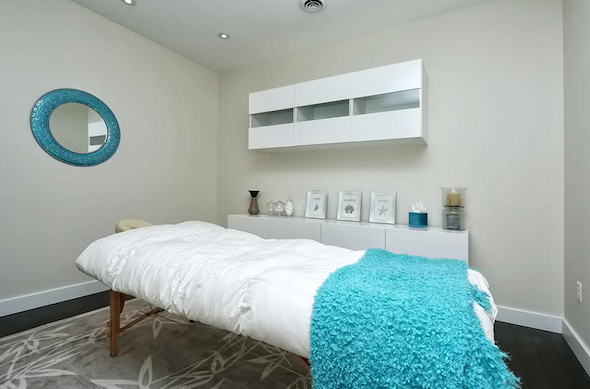 I had another small panic attack, though, when I attempted to open the pod. The lightest touch will not budge the cover, and so, naturally, I jumped to the conclusion that I had met my fate of existing in some Truman-style horror film, and that I would be trapped in there for all eternity. I settled down again, though, and was able to relax even more than before.

I could hear a faint crackling sound after a while, and looked around to see what it was. In time, I realized it was just my spine settling into its proper alignment. I have a lot of pain and tension in my neck and shoulders - but, to my surprise, and like the float spa's website testimonials say, all of the tension and discomfort completely disappeared. This effect lasted for a few days. 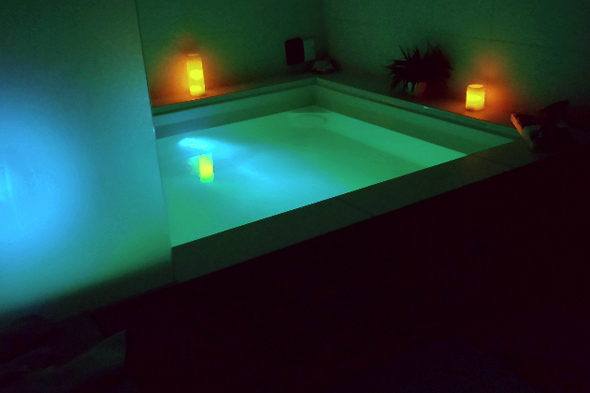 Owner Shelley Stertz says clients tell her they have similar experiences to mine. "Having the body be completely weightless with no pressure on it whatsoever can be lightly disconcerting initially," she says. "As the tension is released though, it begins to realign itself back into its natural state. Your first float will be completely different from your second and third float."

She says people come in who have experienced chronic pain for years, and that they find relief in their first float, as I did. Benefits can be had when it comes to mobility and sleep, as well. Over half of the spa's clients, Stertz tells me, are men with physically demanding jobs that cause muscle tension or other physical pain. Pregnant women in their second and third trimesters have also reported relief from the physical strain they experience. 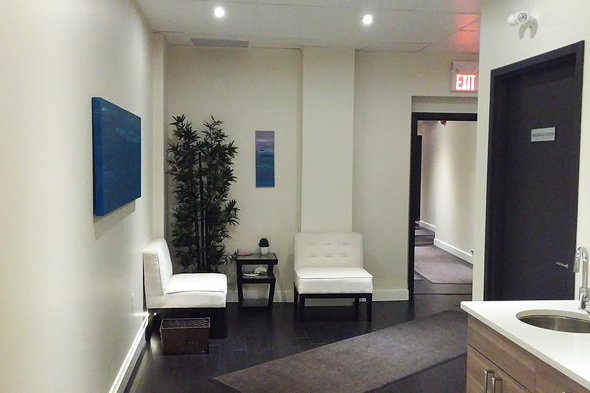 The experience was both useful and intriguing. I left having learned something about myself, and with the same feeling that comes after a yoga practice. I do, however, have two small complaints: you can hook up your phone to their sound system and play music, but the gear wasn't compatible with my iPhone. (First world problems, obviously - but I really wanted to be accompanied by the faintly suicidal strains of Modest Mouse).

The other issue is they don't drain the tubs after each use - they clean them through incessant water filtration, hydrogen peroxide, and the excessive salt. They also "skim" them after each use, according to Stertz. Though showering before entering the tub is mandatory, this still made me nervous. "Nothing could survive through that salt," a staff member told me. It just made me ruminate about all of the somethings that might WANT to survive.

That said, I'd go back for another float. The spa was spotless. I left feeling powerful, having faced something that made me so nervous. And the way my body felt afterward was just what I needed: I felt taller, lighter, tension-free and in control. 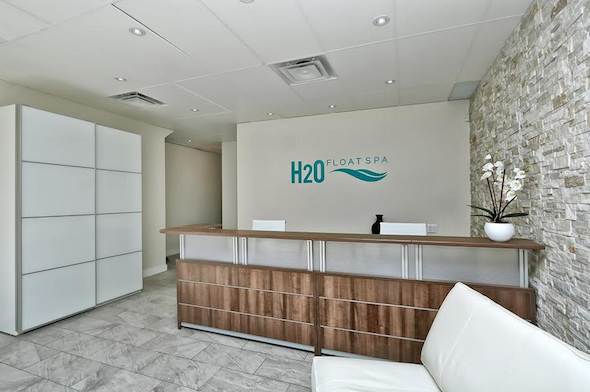