Ever feel so tired in the middle of the workday that you could just zonk out on the office floor?

Good news for you, sleepyhead: Toronto just got its first official nap studio.

Nap It Up has just opened this week in the lower floor of the Yonge Eglinton Centre, making it the only in the city (and possibly the country) of its kind.

There are 13 beds for rent in this 1,500-square-foot studio, which is located in the mall's bottom floor by the Buck or Two. 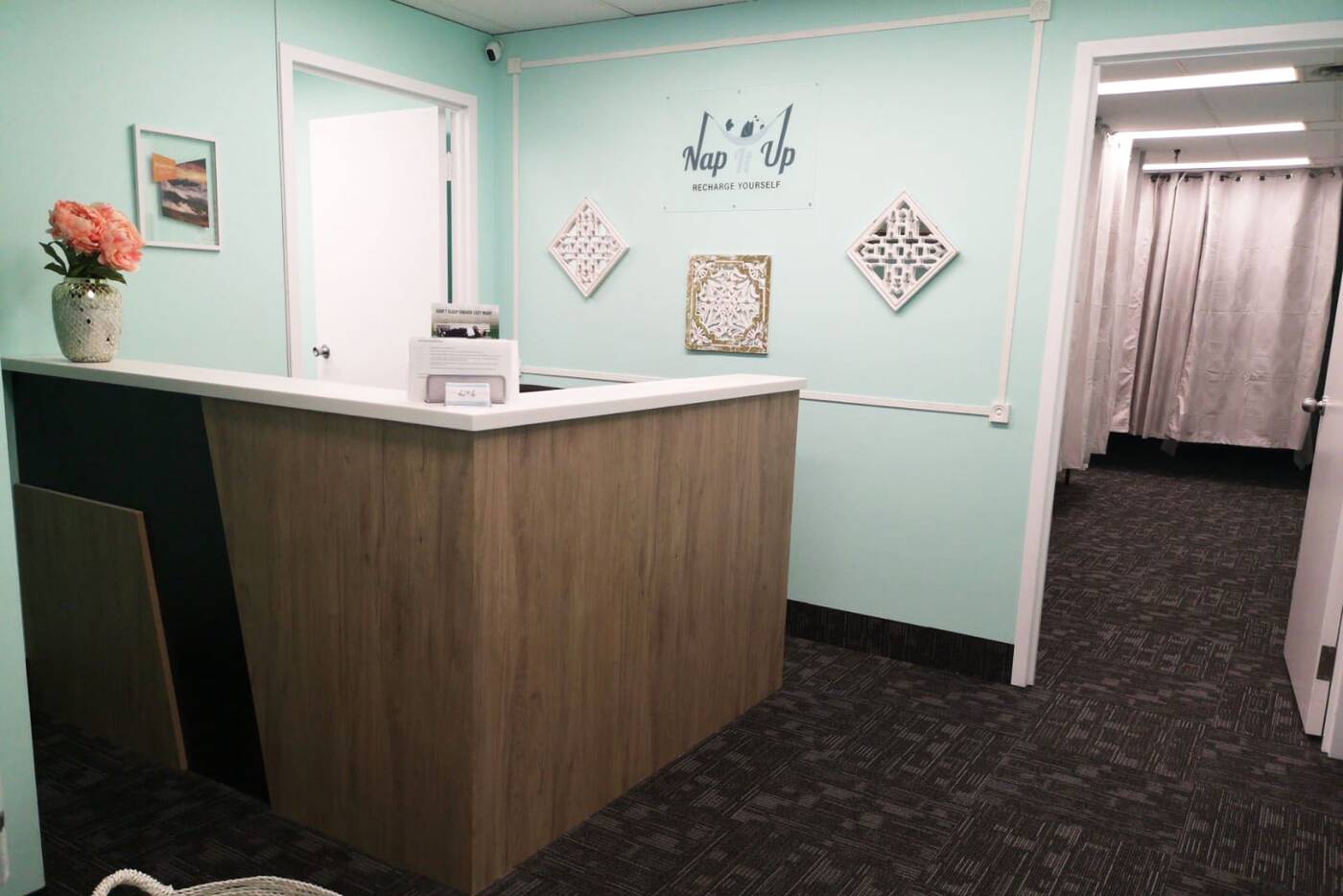 Nap It Up just opened today in the Yonge Eglinton Centre. Photo courtesy of Mourashi Rahman.

Twenty minutes is the ideal nap-time length, according to the National Sleep Foundation, for the price of a Viola Desmond banknote, which is pretty damn good.

You can pass out on in a dimly-lit room on a narrow twin bed while lavender humidifiers mist the air, and pay extra for a bigger twin bed.

Beds are separated by curtains, and every stall comes with two sheets and a small safe where you can keep your belongings.

There's also a premium option, $15 for 25 minutes, which will get you a private mirror, water bottles, and eye masks.

If you're feeling extra fancy, there are also warm blankets, white noise machines for rent, and anti-snoring nose vents or nasal strips for the night singers.

According to owner Mourashi Rahman, who runs Nap It Up with her husband, the idea came to her while she worked in banking and desperately needed a place to nap.

"I was dead tired, we worked long hours, and sometimes we just don't get enough sleep." 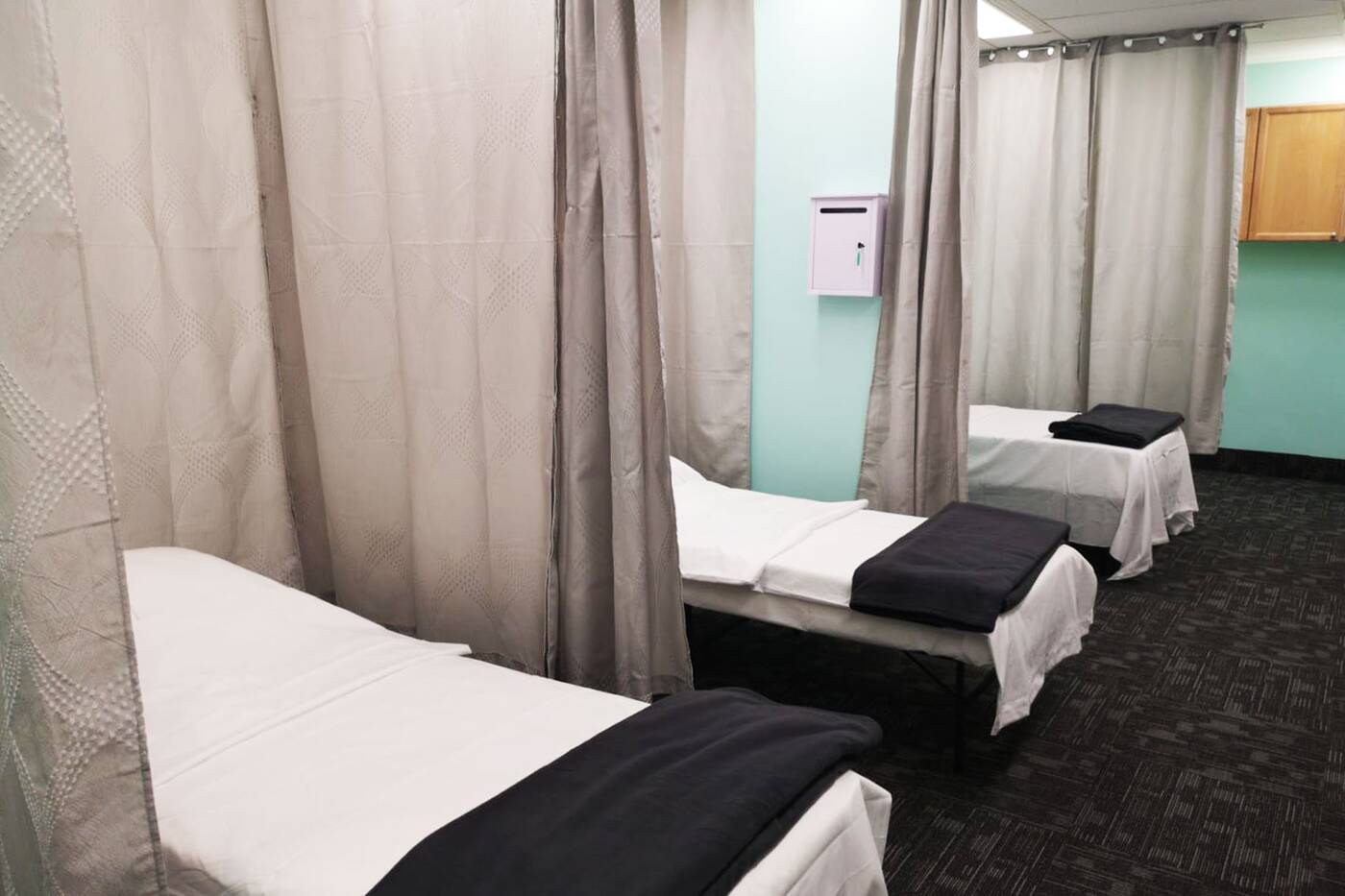 Nap It Up offers 13 beds for rent. Photo courtesy of Mourashi Rahman.

Despite how hard Torontonians work (and how sad they are, according to studies), Toronto doesn't actually have any places dedicated for people to catch a much-needed siesta (though there a handful of places in the city to sneak some z's in).

There used to be a place called Nap Station near the airport in Mississauga, but that's closed down.

There are some companies like Breather in the city which offer quiet spaces you could snooze in, but they're mostly advertised for meetings.

In the States, the company Recharj appears to be only company to be spearheading the movement in New York. Can we please make Toronto the new nap capital of the world?