Hoame is like entering a very modern, upscale and peaceful home. It's a mindful movement and wellness hub that embodies the comforts of home and more.

With its open spaces and comfortable lounges, Hoame offers over 5,000 square feet of mindful and carefully curated services, including two meditation rooms (Dark and Light), a Himalayan rock salt cave and one infrared sauna room. 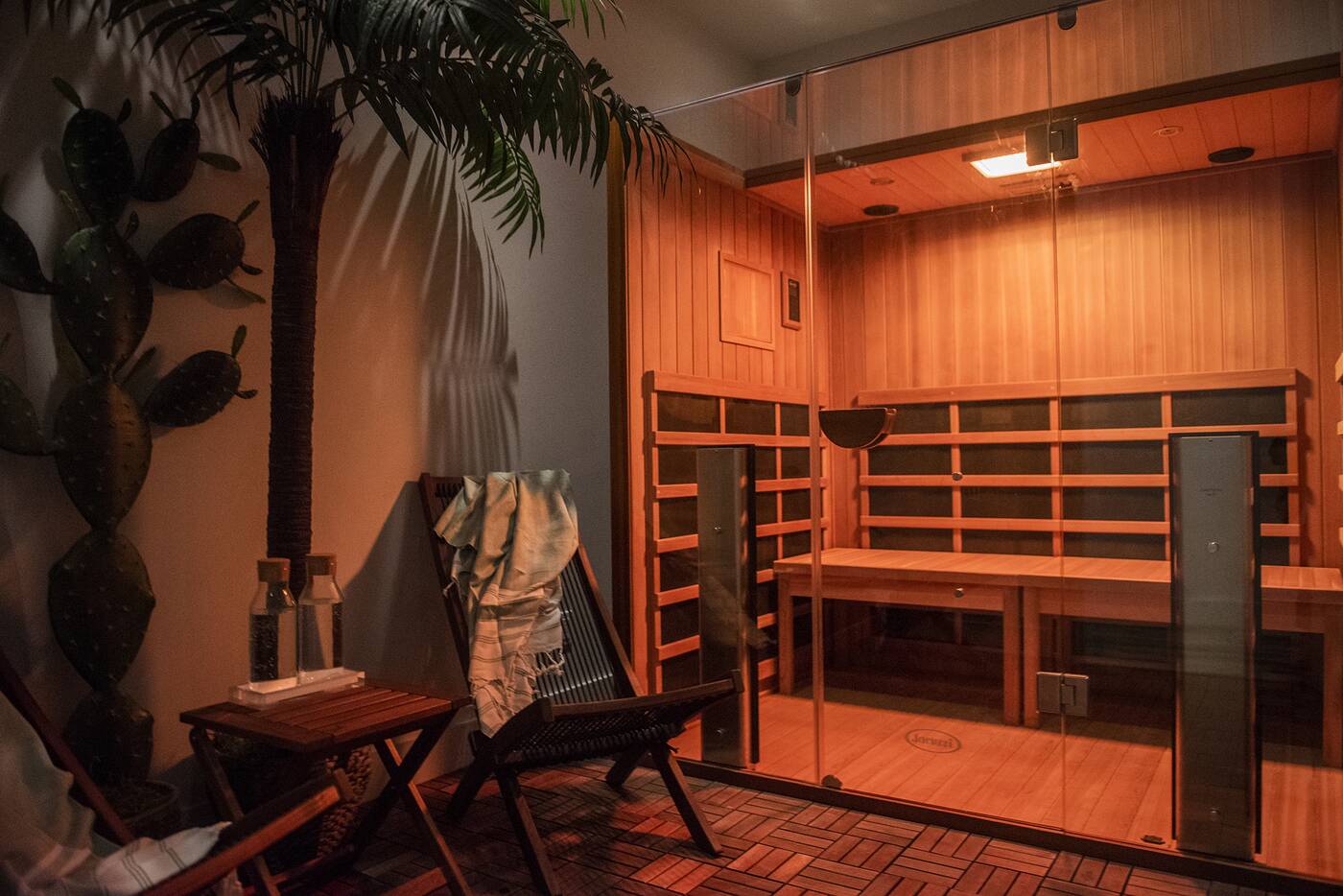 With its cooling hues and plush couches, Hoame allows you to forget you’re in the middle of a busy city. 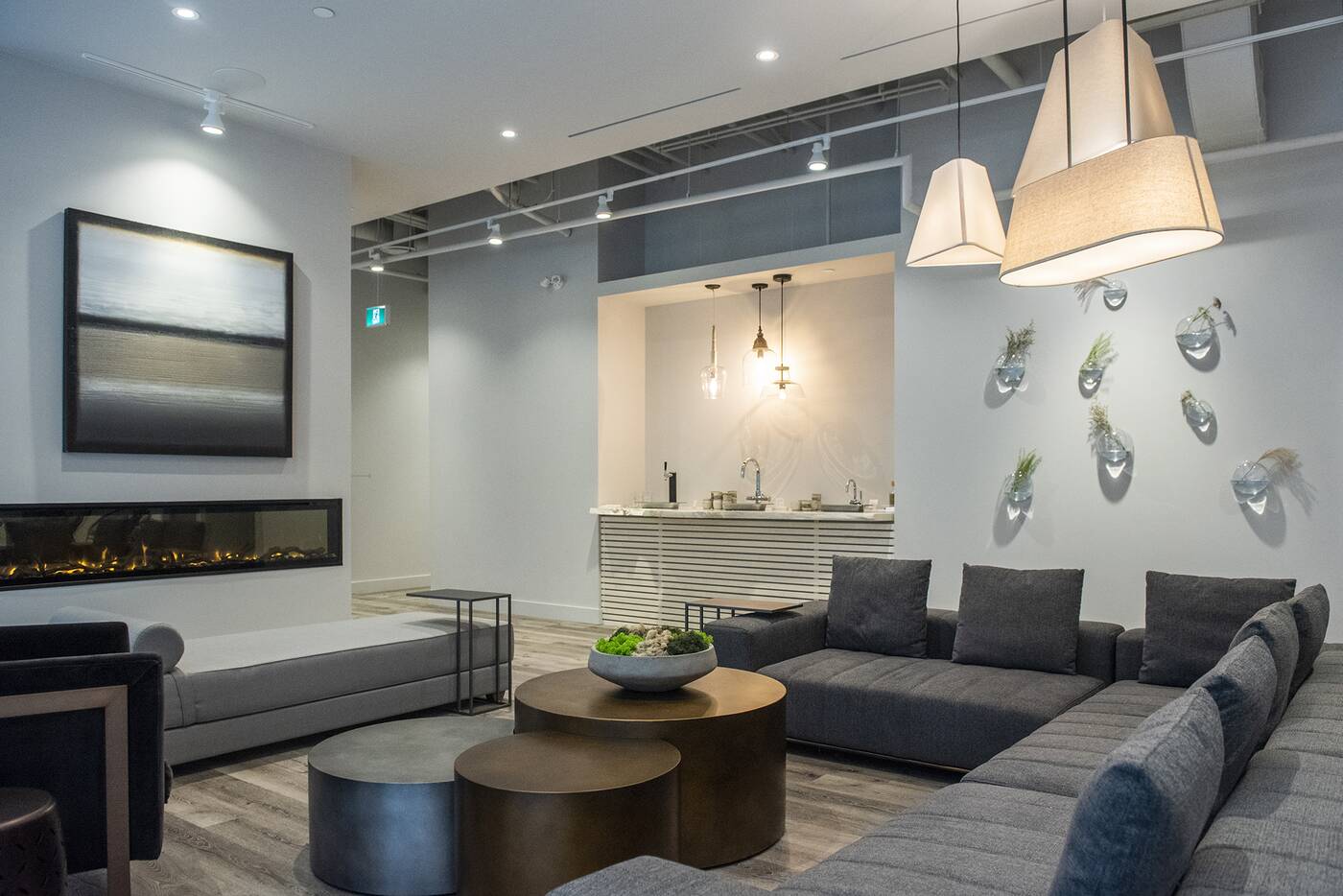 As they explain it, meditation is about returning home to yourself, a mini getaway when you feel the pressure of everyday stress. The intention was to eliminate the notion that stress is a normalized and acceptable state of being.

It’s not just about the services. Hoame is a practice in modern interior design. Every aspect is designed to reflect a home. 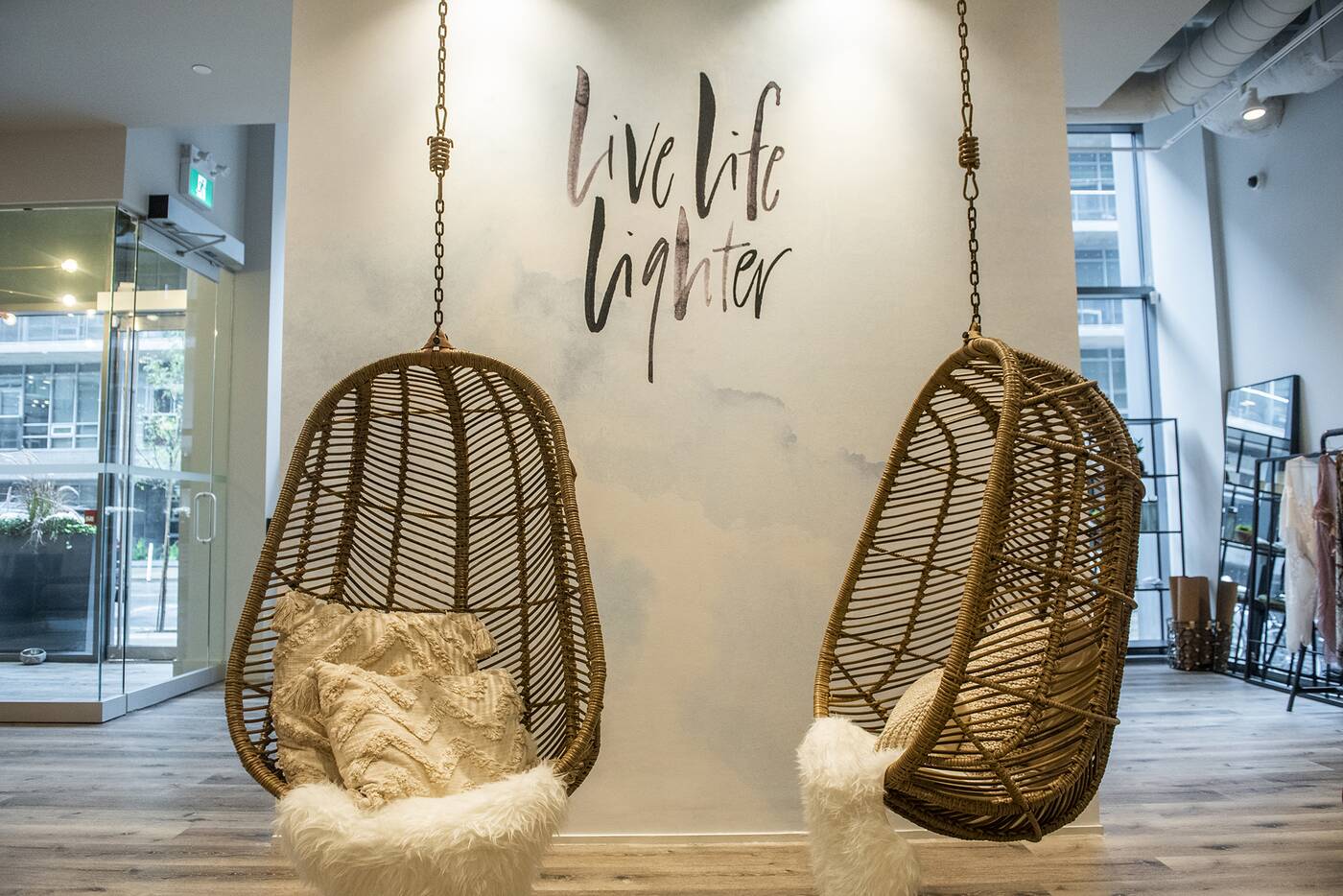 From the living room area with its fireplace, to suspended armchairs and a communal table, Hoame might be the city’s largest one-stop destination for enhanced well-being. 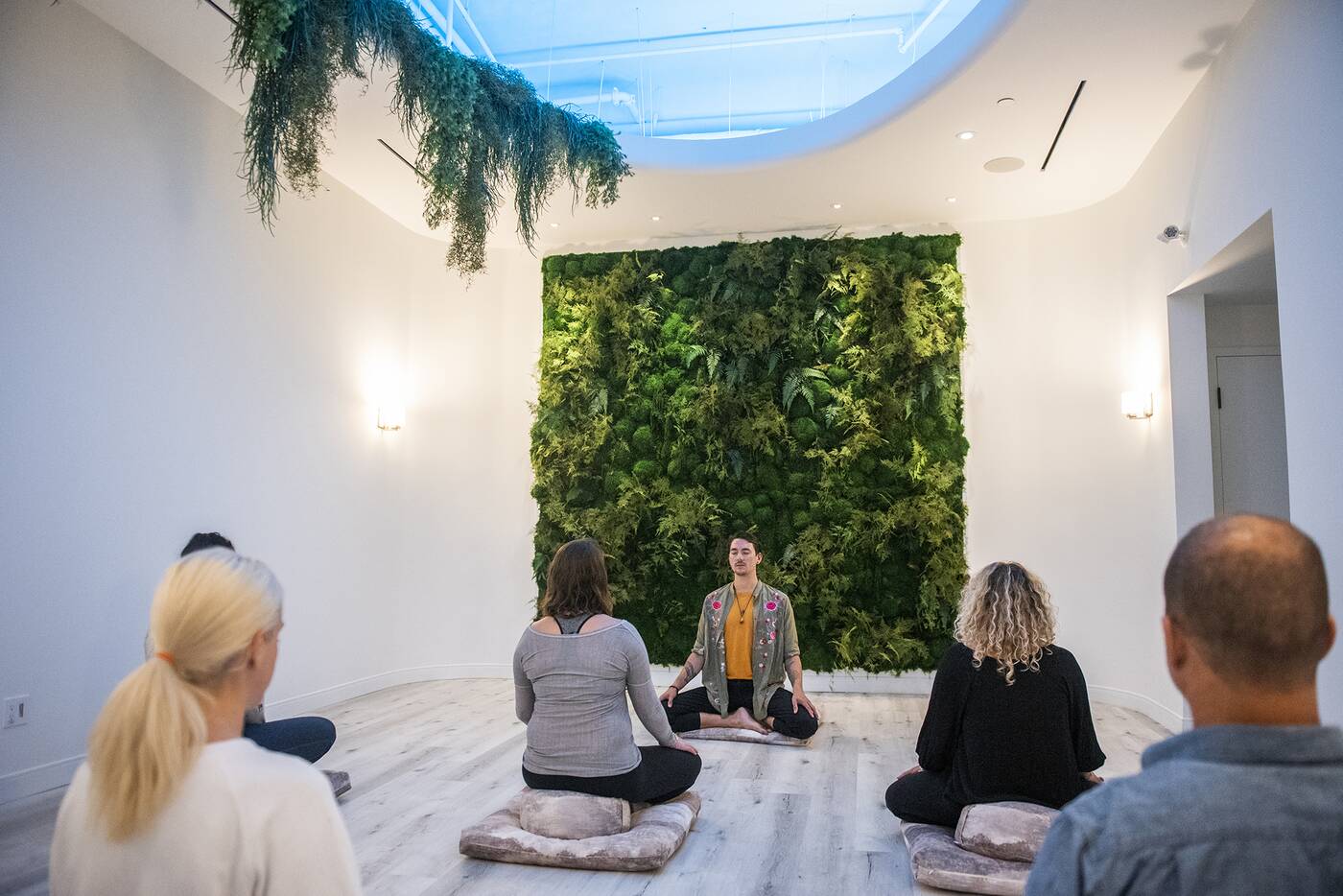 With both Light and Dark rooms, the point is to have two contrasting meditation spaces. One is energizing and uplifting, the other grounding and soothing. 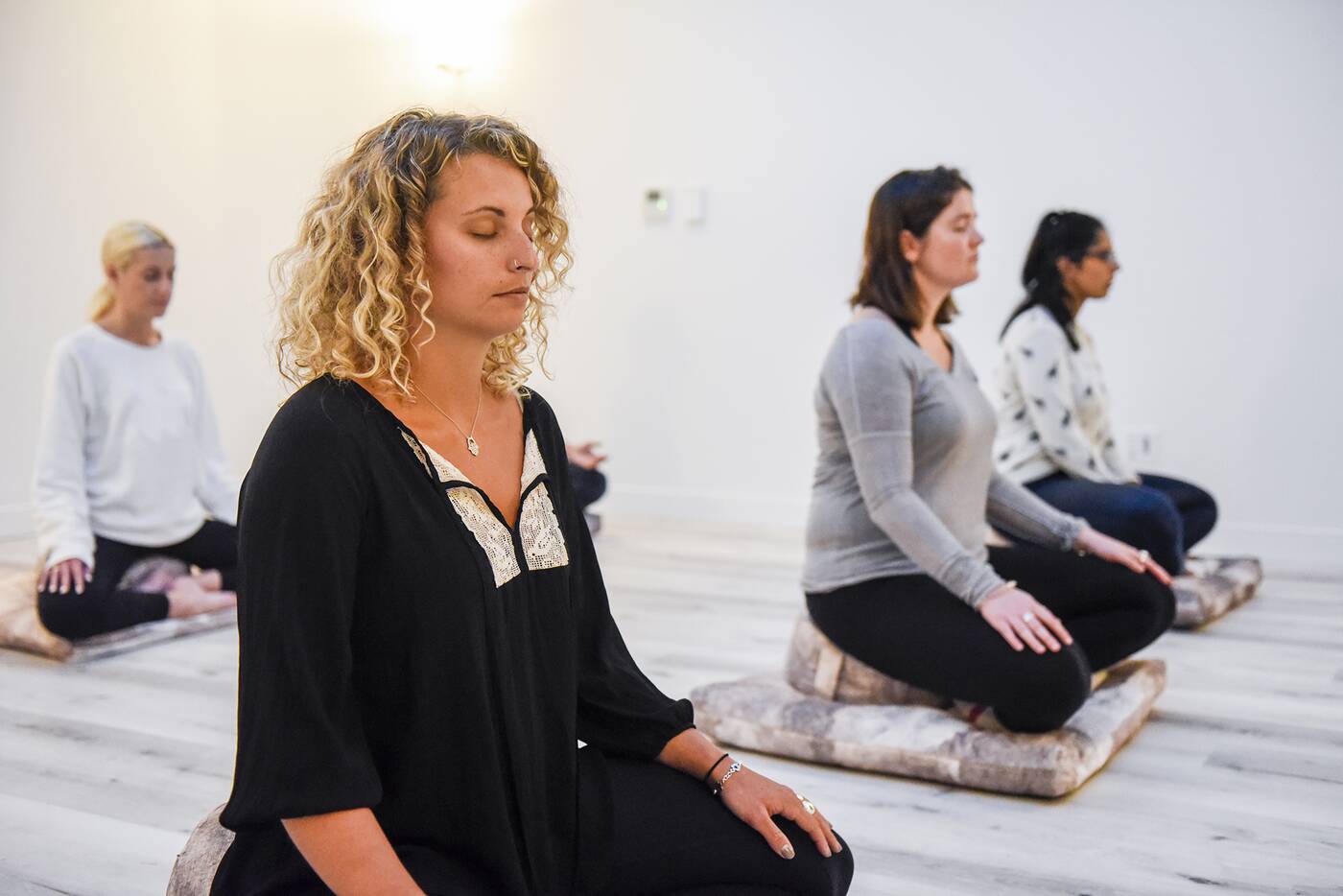 The Light room is designed to bring the outdoors in and mimic daylight. The front wall brings in the greenery with preserved moss.

The Dark room is a restorative, grounding meditation space. Not limited just to night time, the Dark room is designed to keep you still and relaxed. Look up and you'll see the twinkling lights of a faux night sky. 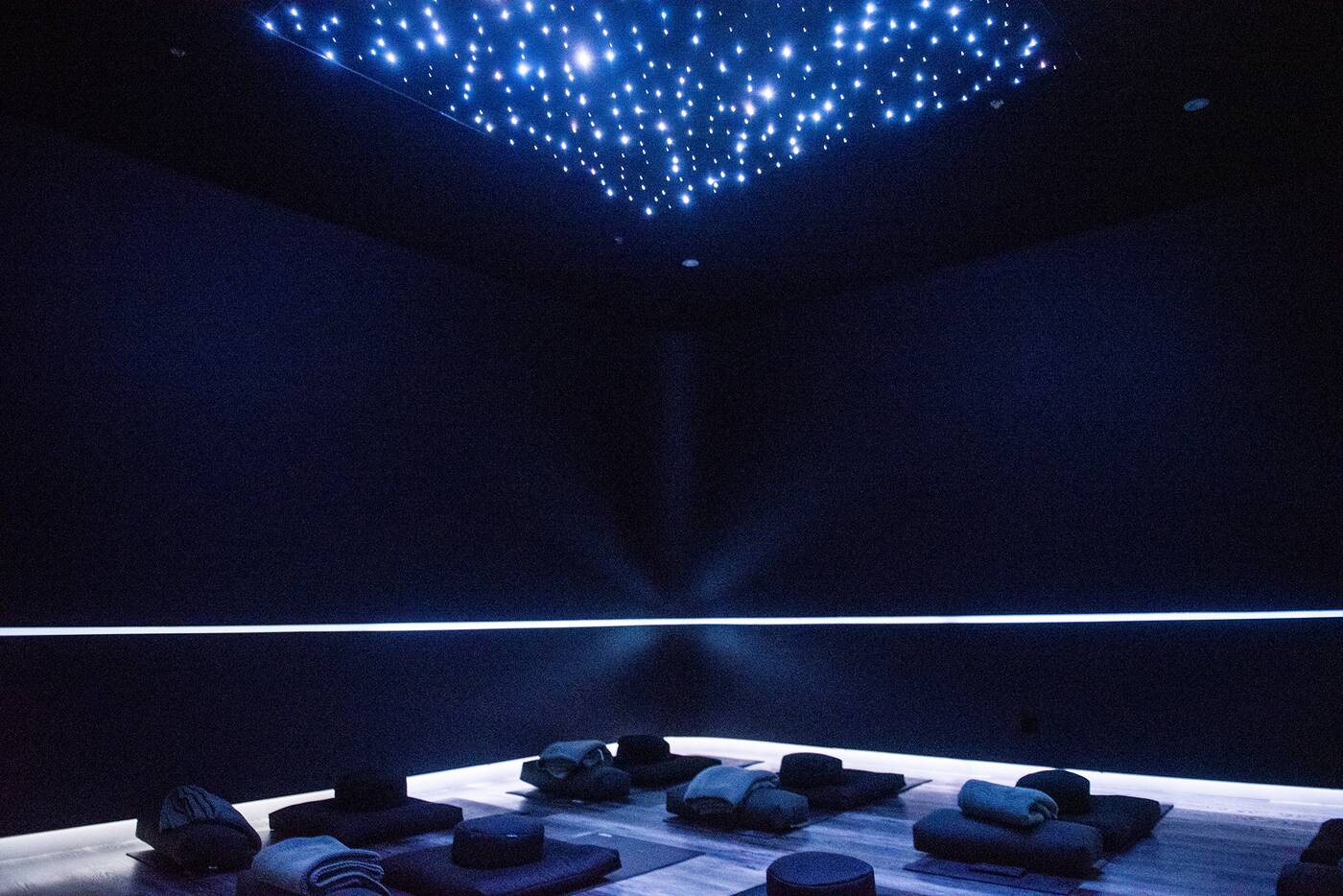 Classes in the Light and Dark rooms revolve around seated meditation and mindful movement. Most of the meditation sessions incorporate stillness and tranquility with gentle movements. Even the most seasoned meditator can struggle to sit for an hour, however.

That’s where the 60-minute Move classes come in, with light meditative movements that keep you engaged and open up your body in order to receive the energy from the meditation. 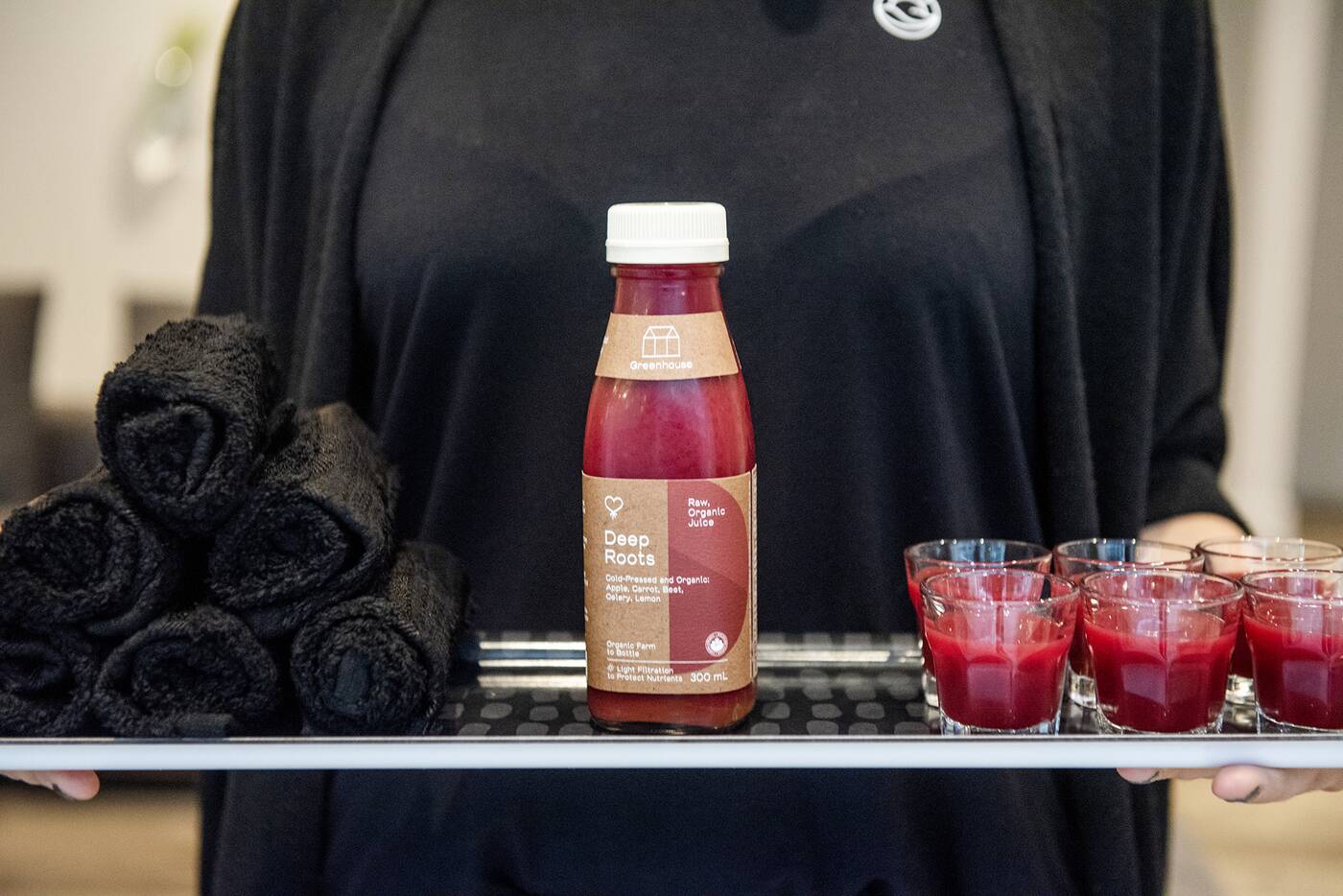 After each meditation, a juice shot and warm face towel await you. In between sessions, you can sip on charcoal lemonade and Hoame’s very own blend of tea. You can also request a private yoga session in the salt cave with salt literally underneath your feet.

Hoame’s stand out room is the salt cave, decorated to look like a real cave with 100% Himalayan salts, authentically delivered from the Himalayas. 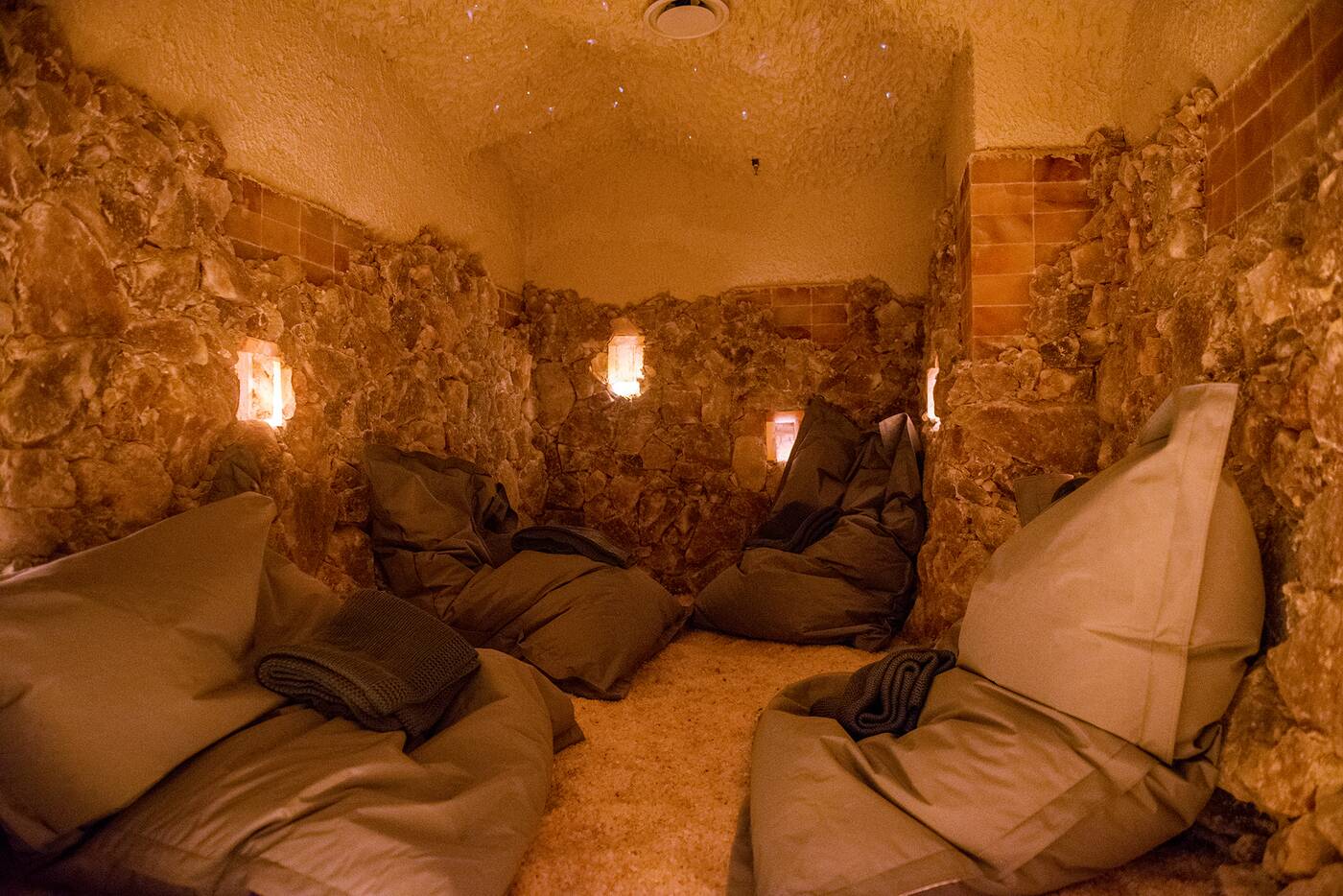 The room is gentle and calming, with your feet submerged in tiny Himalayan salts. If you’ve been meaning to catch up on sleep or a good book, the salt cave is the place to do that.

It’s like being inside a salt lamp. Salt therapy is an alternative health practice that has been around for hundreds of years. Some researchers claim that one hour in the salt cave is equivalent to a week at the beach. For a one-hour session in the salt cave, the prices are reasonable at $45. 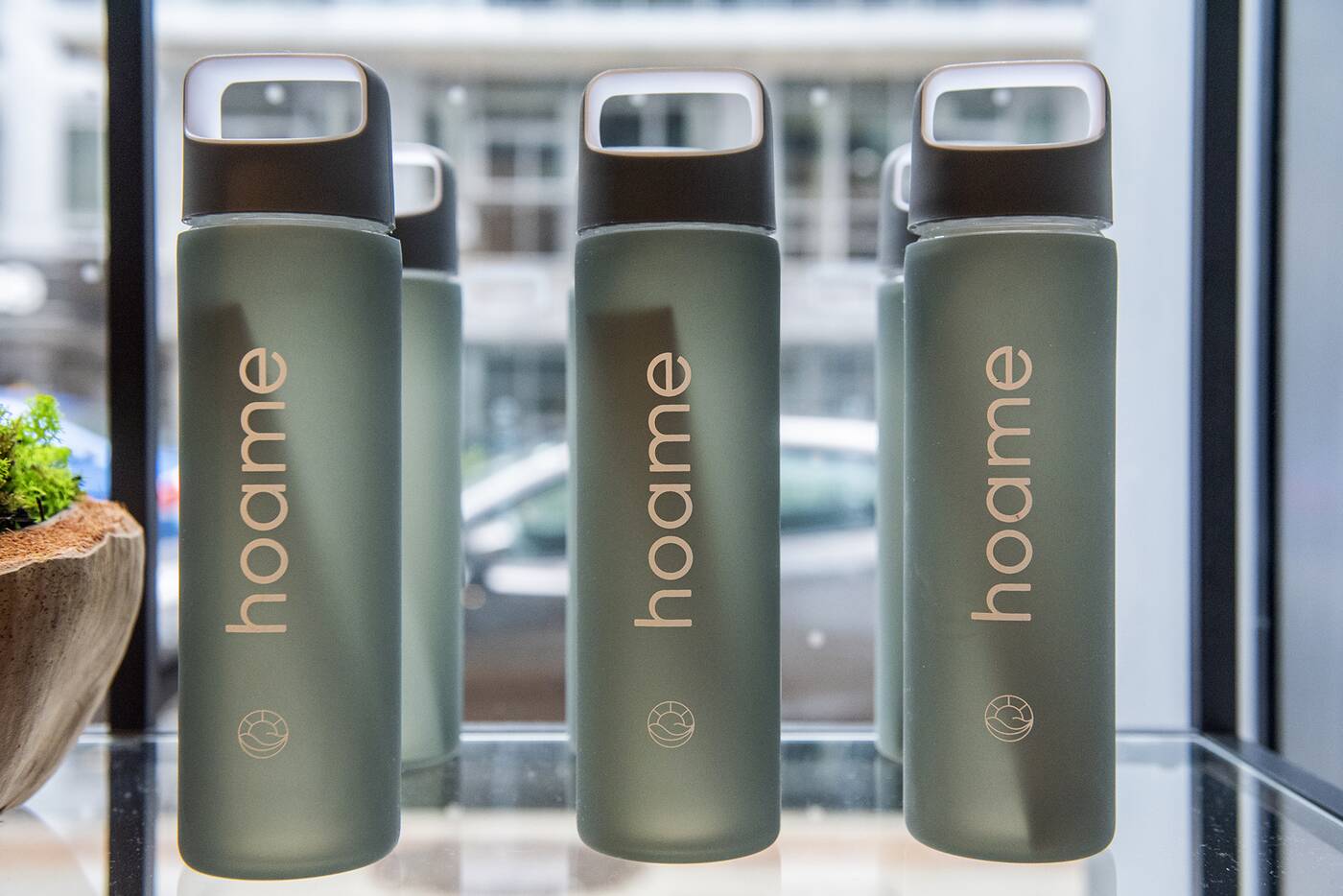 Hoame has upgraded the wellness scene in Toronto by emerging as more than just a meditation space. Everyone who walks in has to take a pause so they can truly appreciate the scene around them. 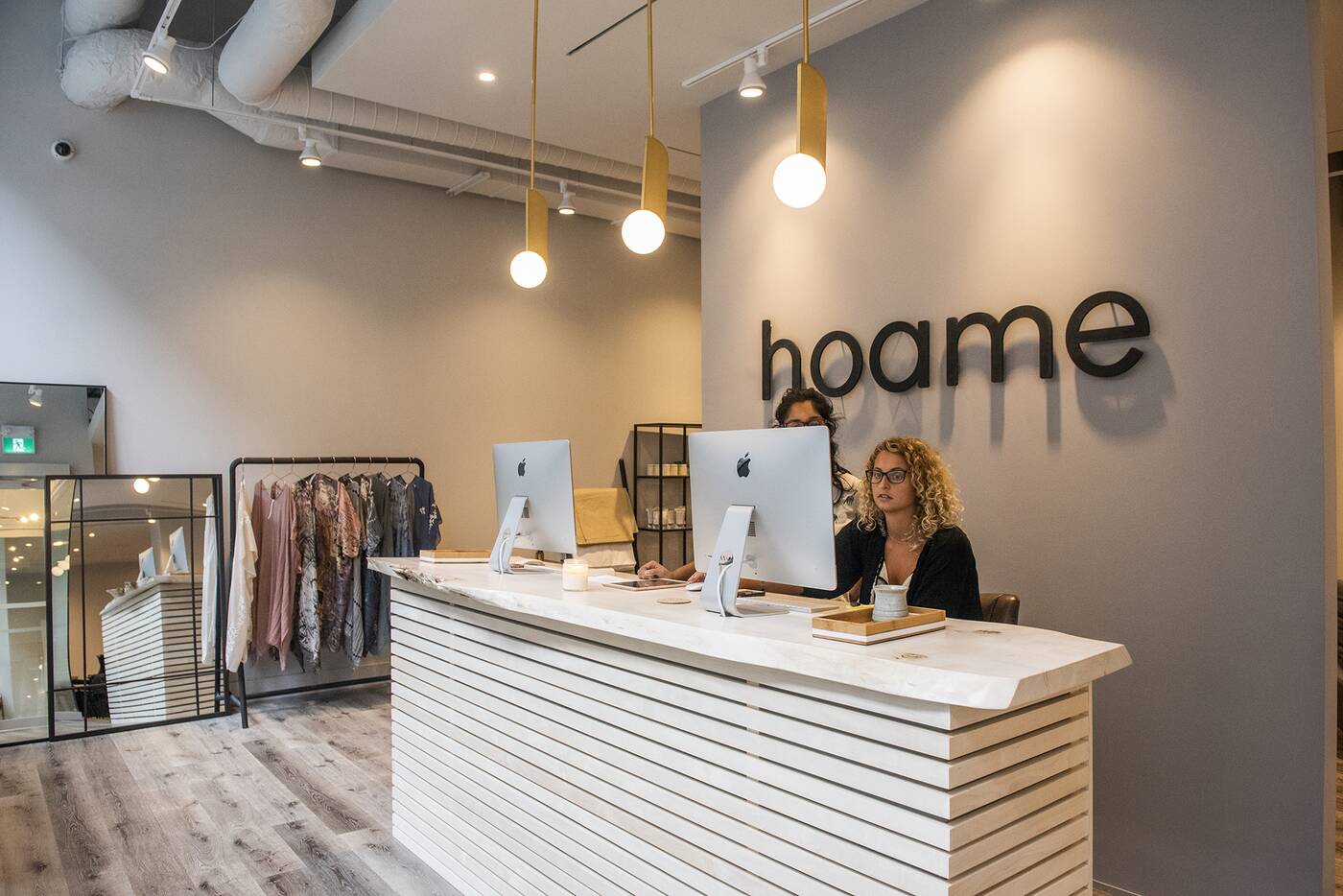 With Hoame, Kersta and Plater hope to inspire a lifestyle movement in a space where taking care of yourself is encouraged and celebrated. 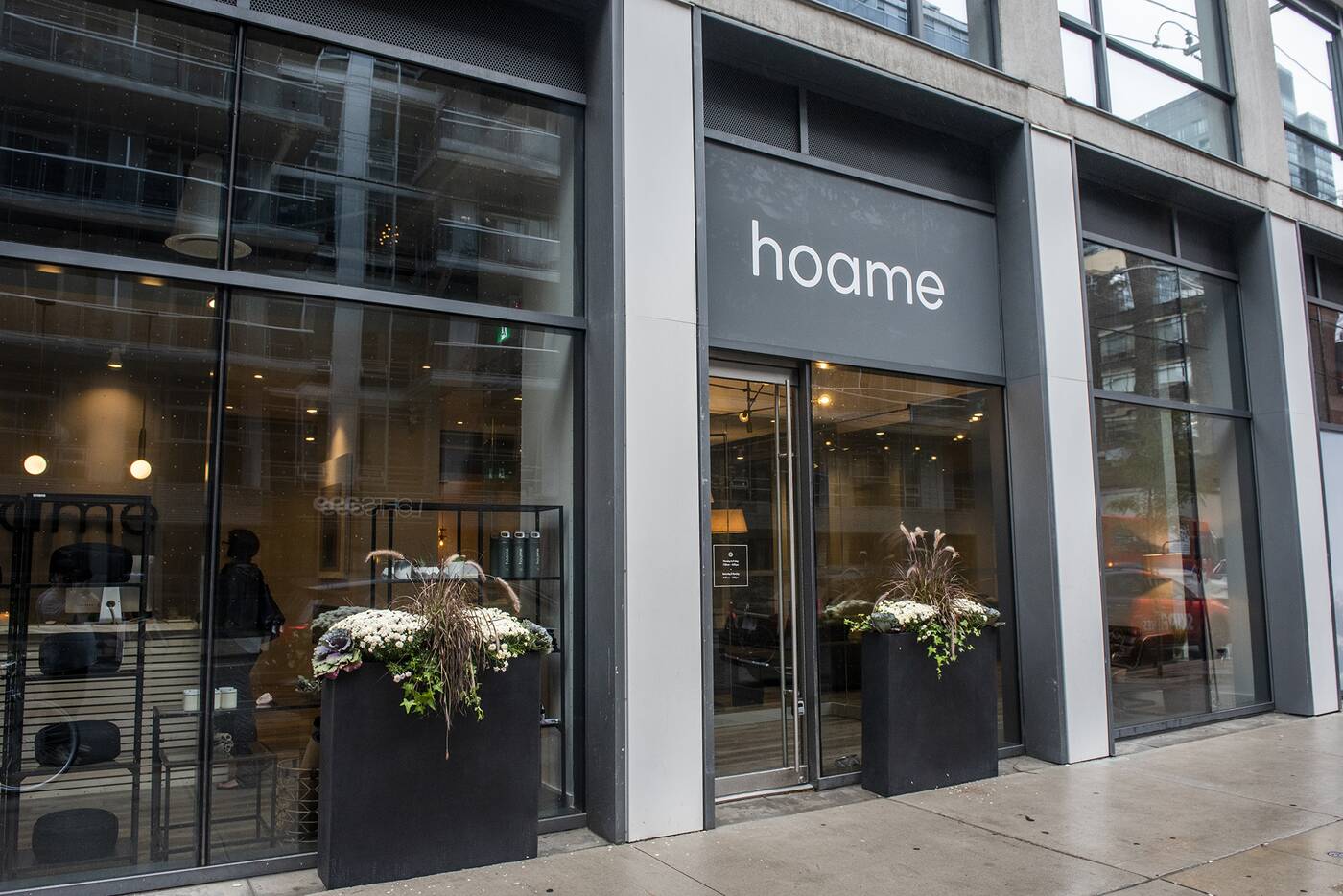