This jungle gym for adults—which owner Dan Iaboni opened in 2006 as a 3,000-square-foot space on Geary Avenue before moving to a second location on Symes—is officially the biggest its ever been. 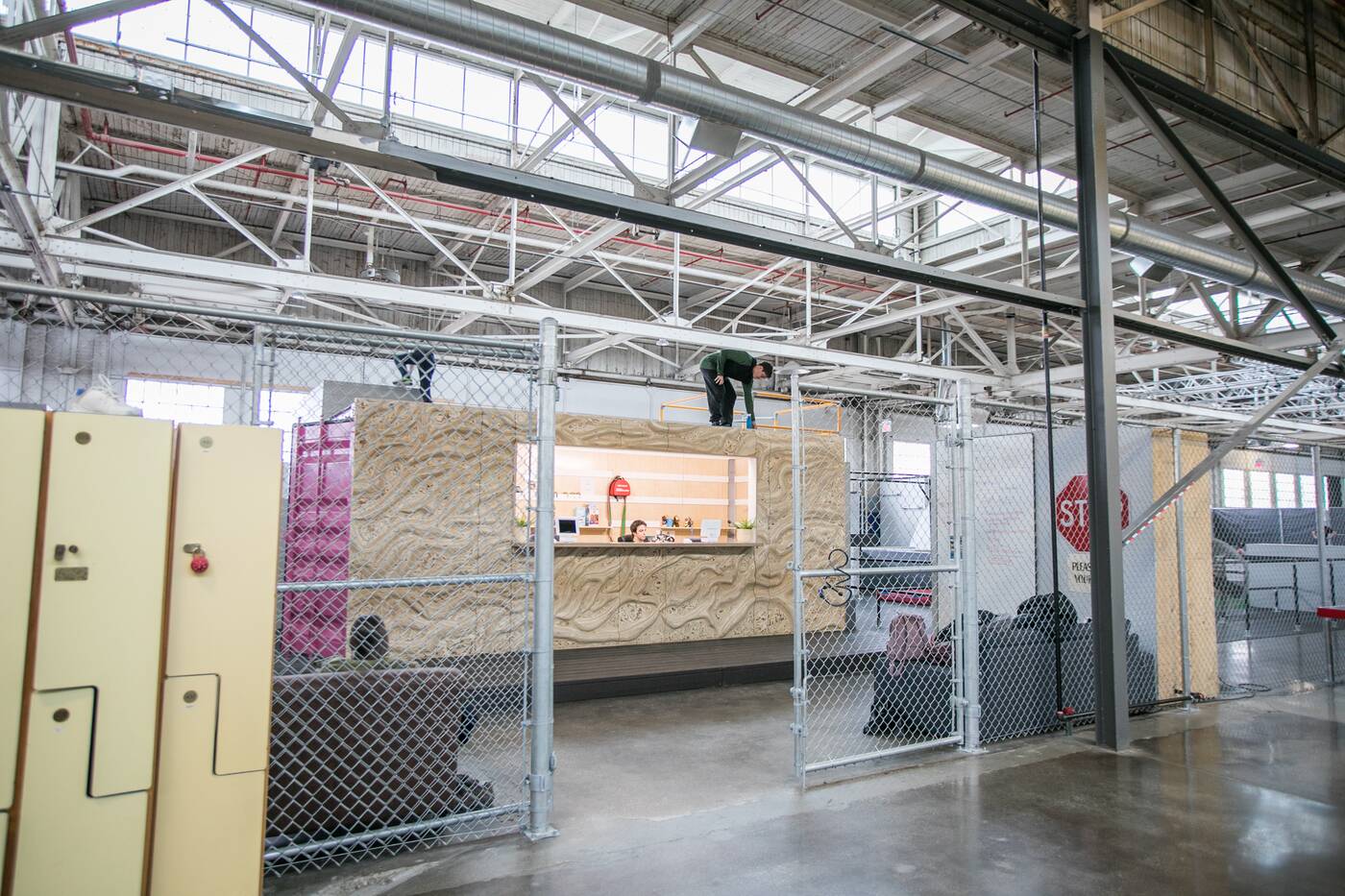 In its third iteration, Monkey Vault now spreads over 11,000 square-feet of a warehouse on the sprawling grounds of Downsview Park, sharing the space with the Toronto Roller Derby. 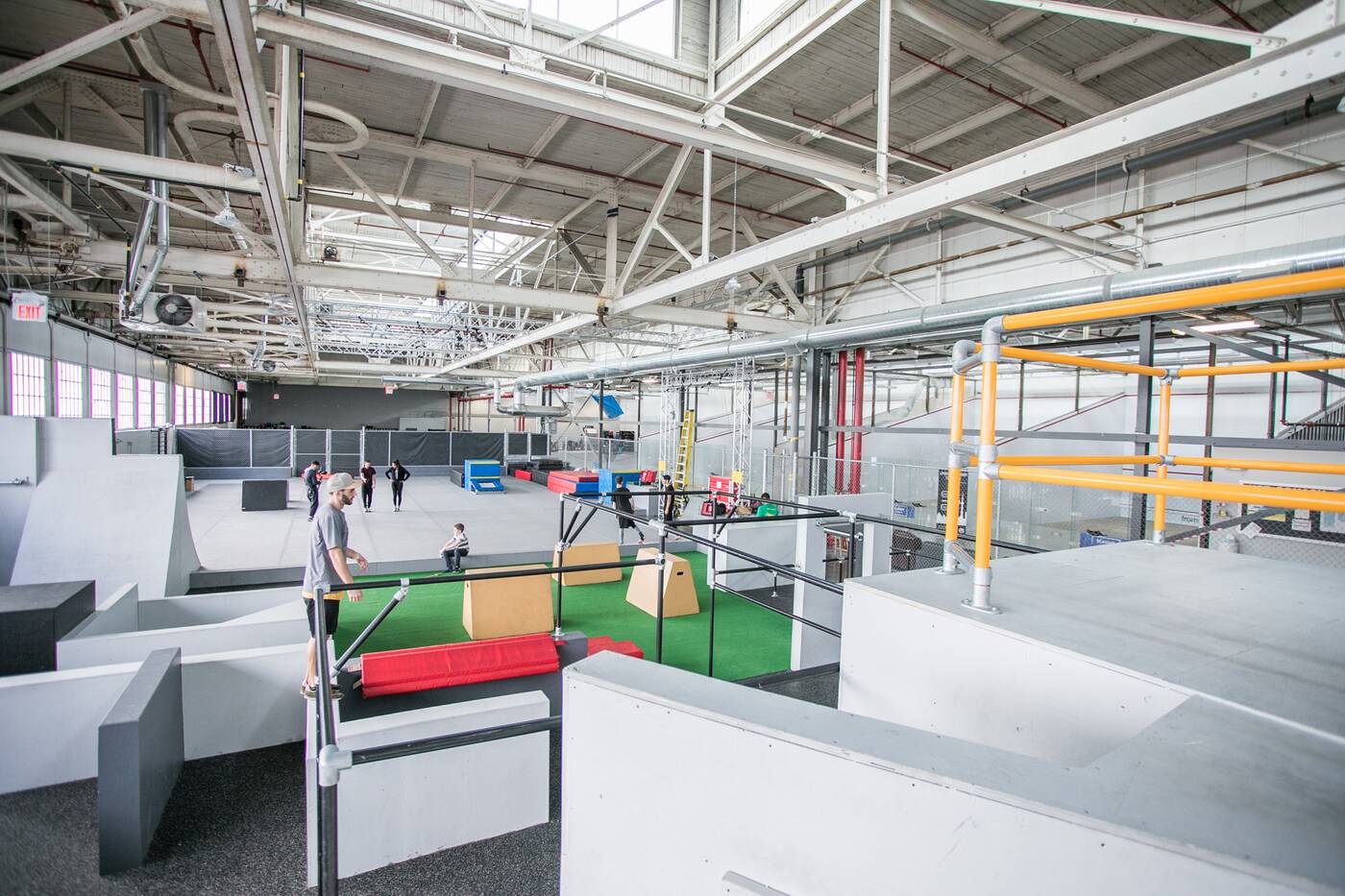 Whether you're a rookie in the art of urban landscape scaling or a pro with the most hardened of shins, the gym is a paradise of balance bars, incline walls, and wooden vault blocks to build your tricks. 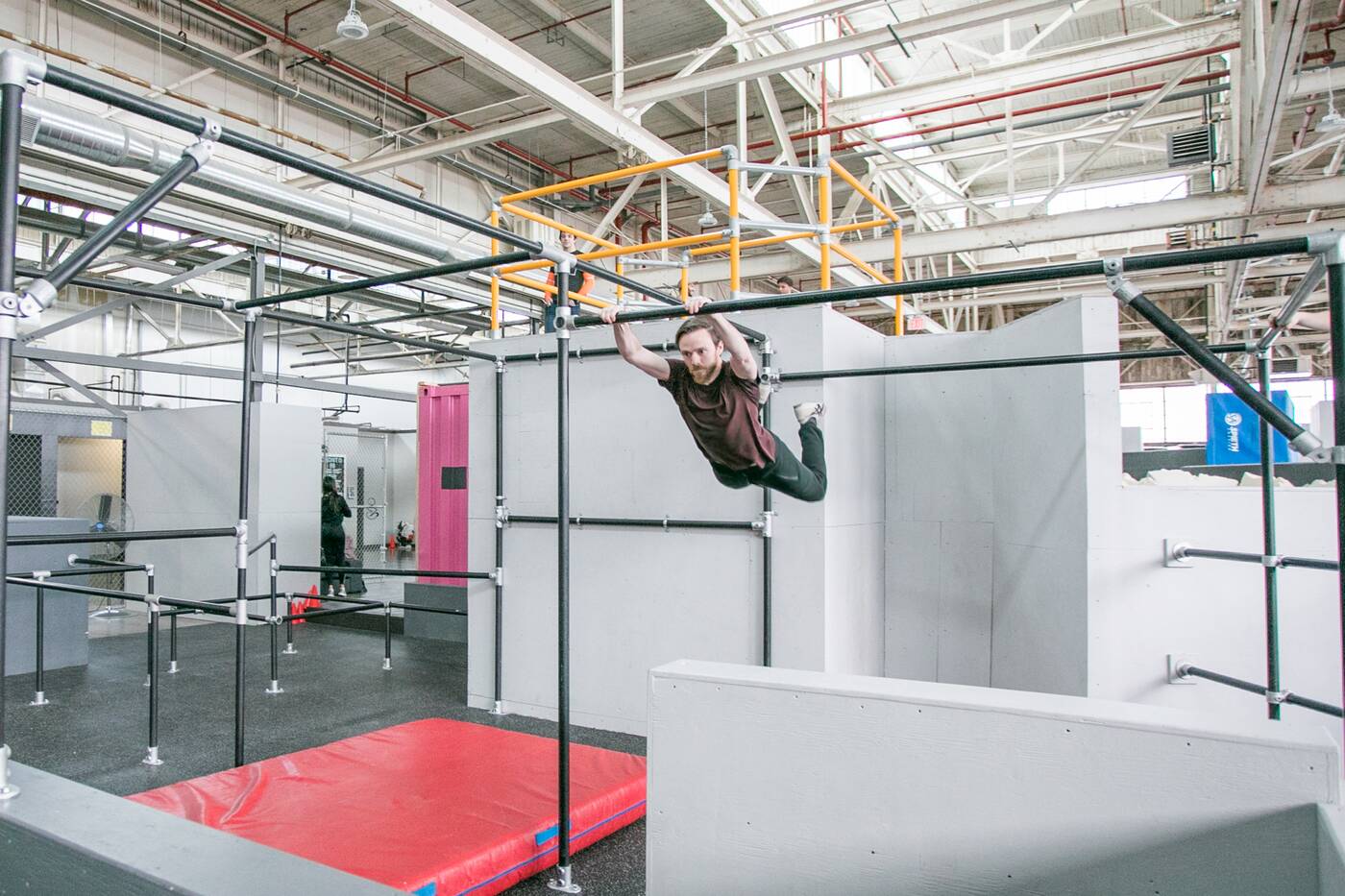 "The beauty of the gym is that we can recreate any spot that's outdoors," says Monkey Vault's manager Devin Stavert. 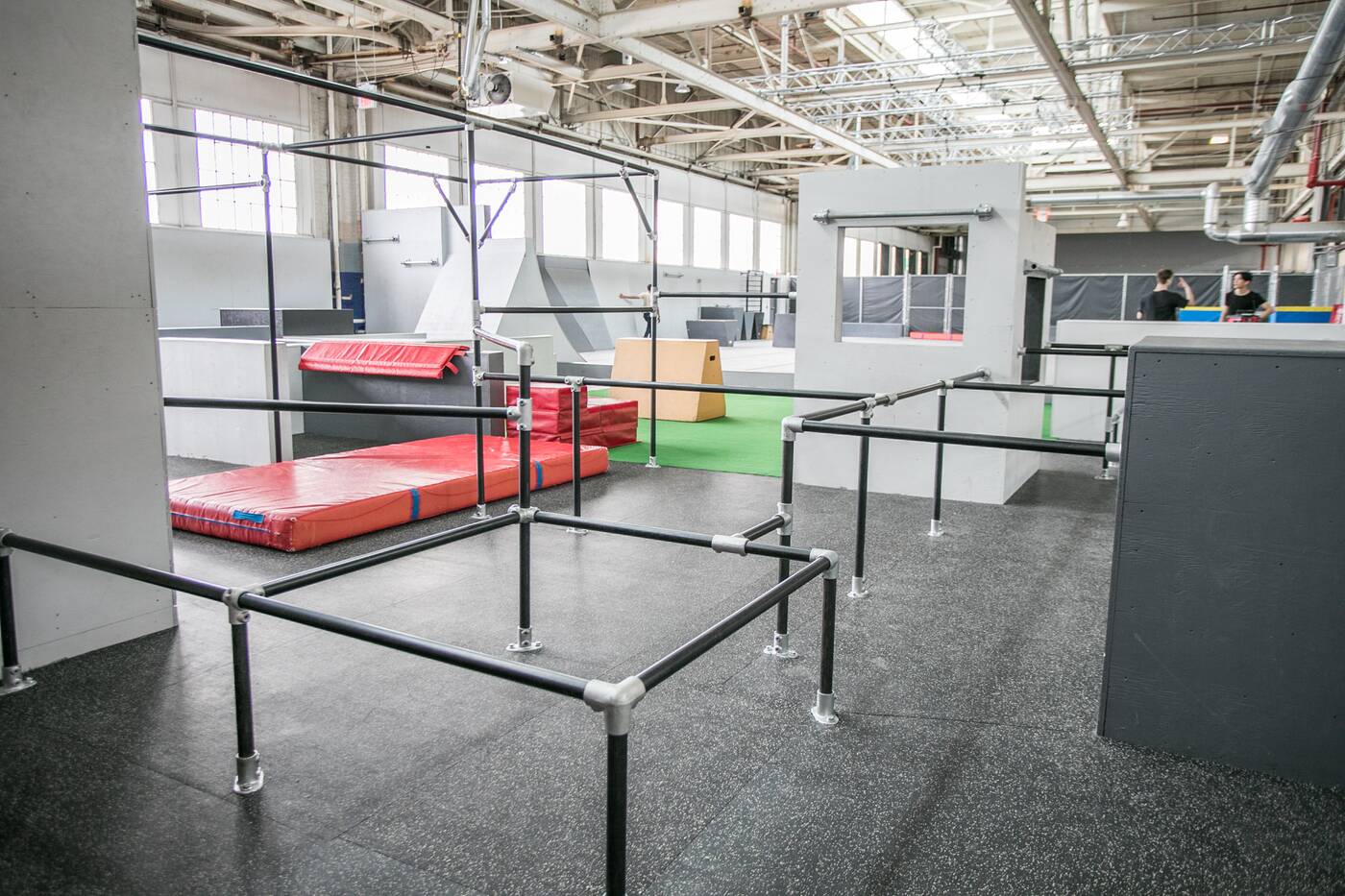 From a newbie's perspective, the space is divided into three distinct areas. There's a section of climbing frames, with some bars just a few feet off the ground, where you can train your balance without too much risk. 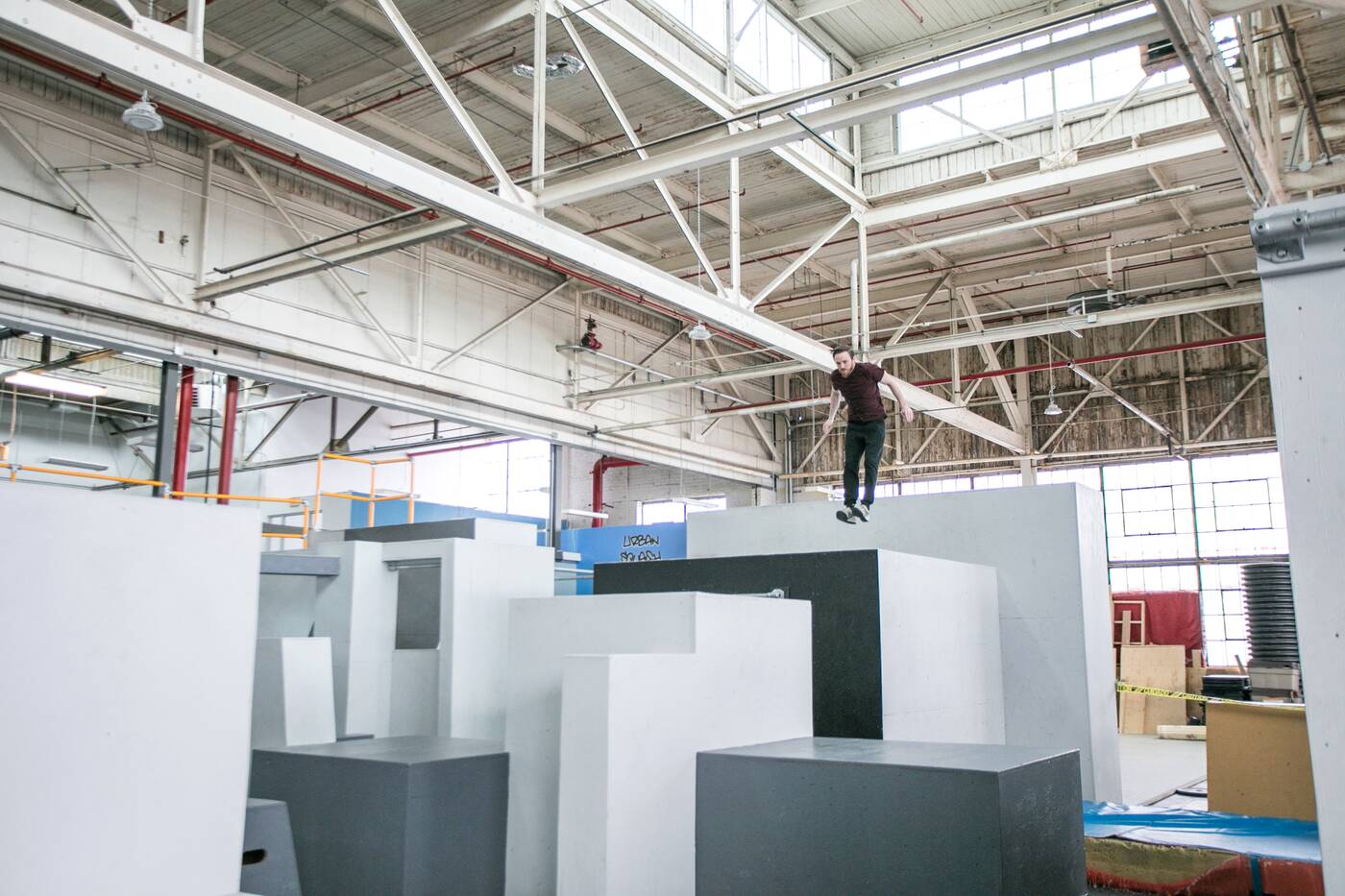 Then there's the more challenging section: an area of big blocks with some rails thrown into the mix. If you used to frequent the Symes gym, you'll find that all the obstacles here are new. 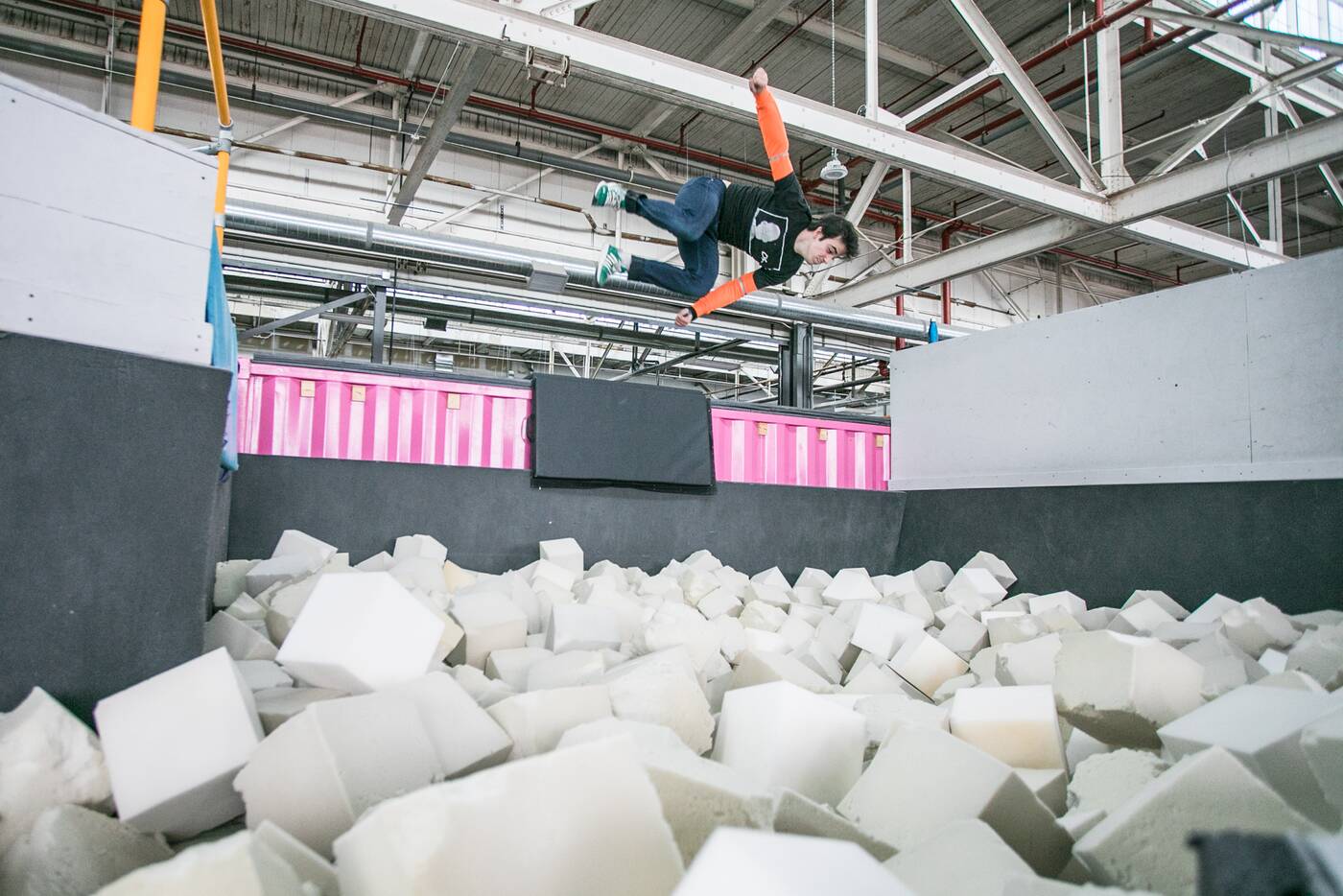 A big foam pit allows people to flip off the obstacles without cracking their skulls open. 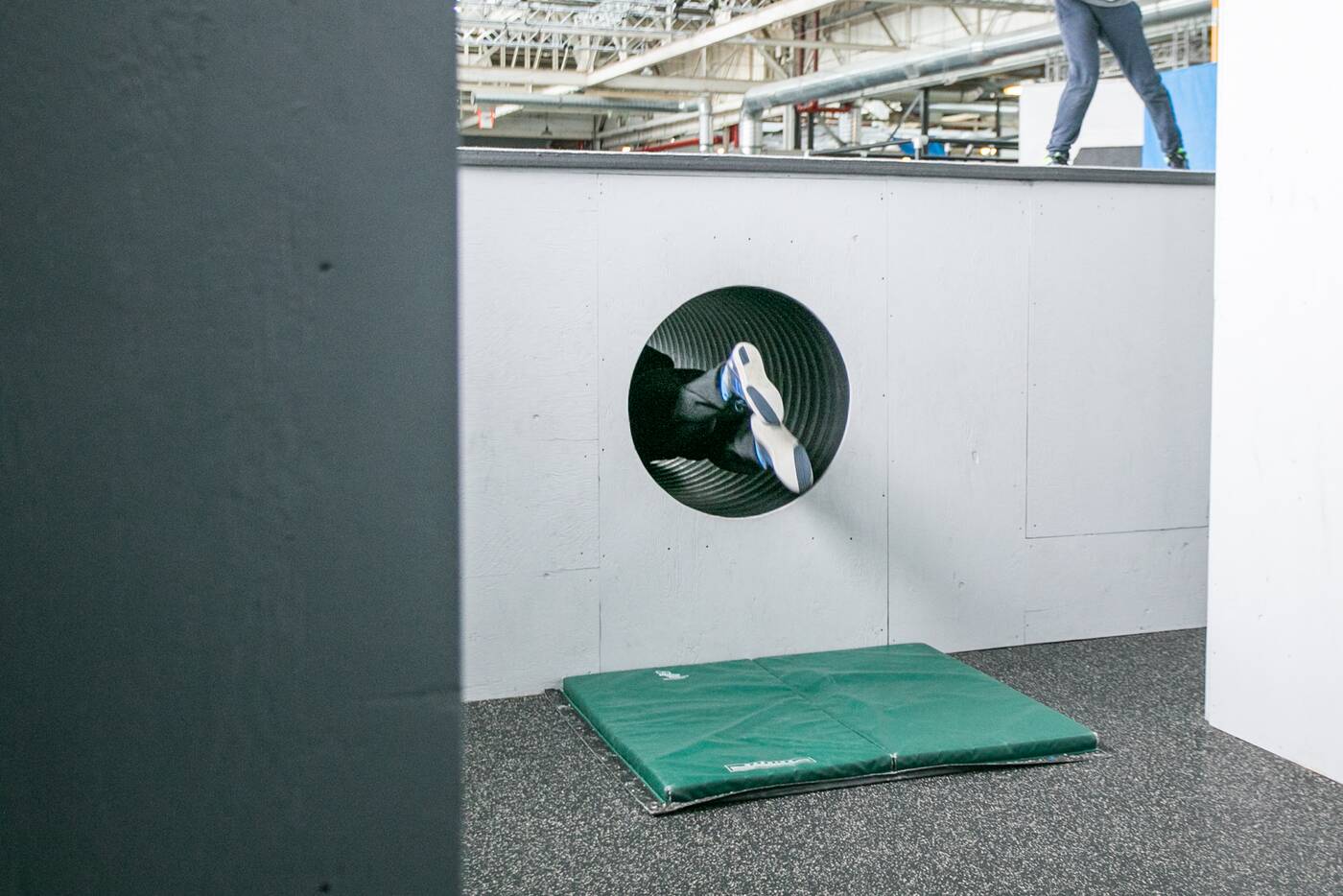 They've also installed a tunnel that you can either slide or crawl through, depending on your skill. 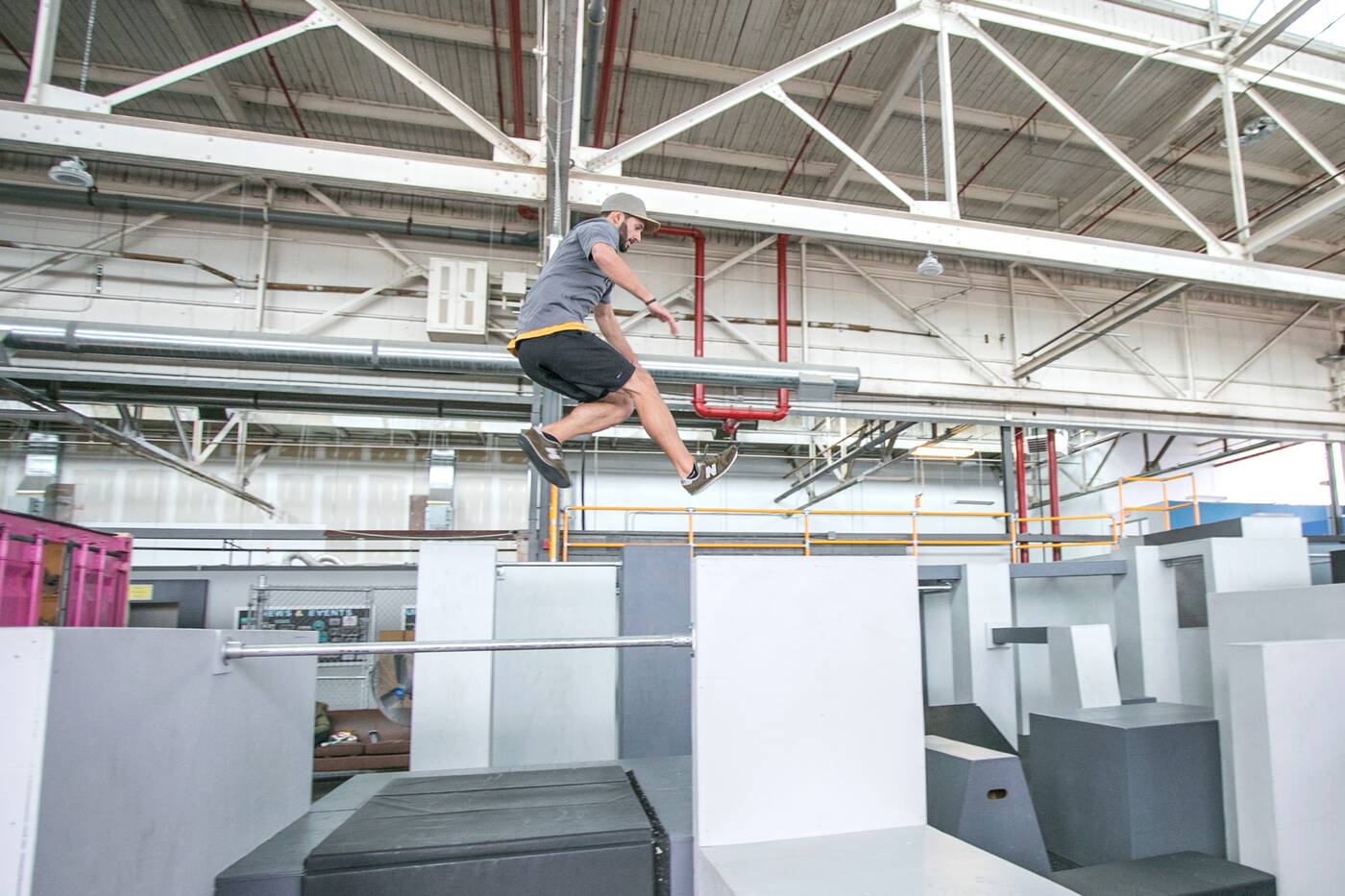 It's here that you can really see parkour form in full action (it made my palms sweaty just watching).

If you're still gaining confidence in your abilities to make the mark, there are mats available to move around strategically around your practice area. 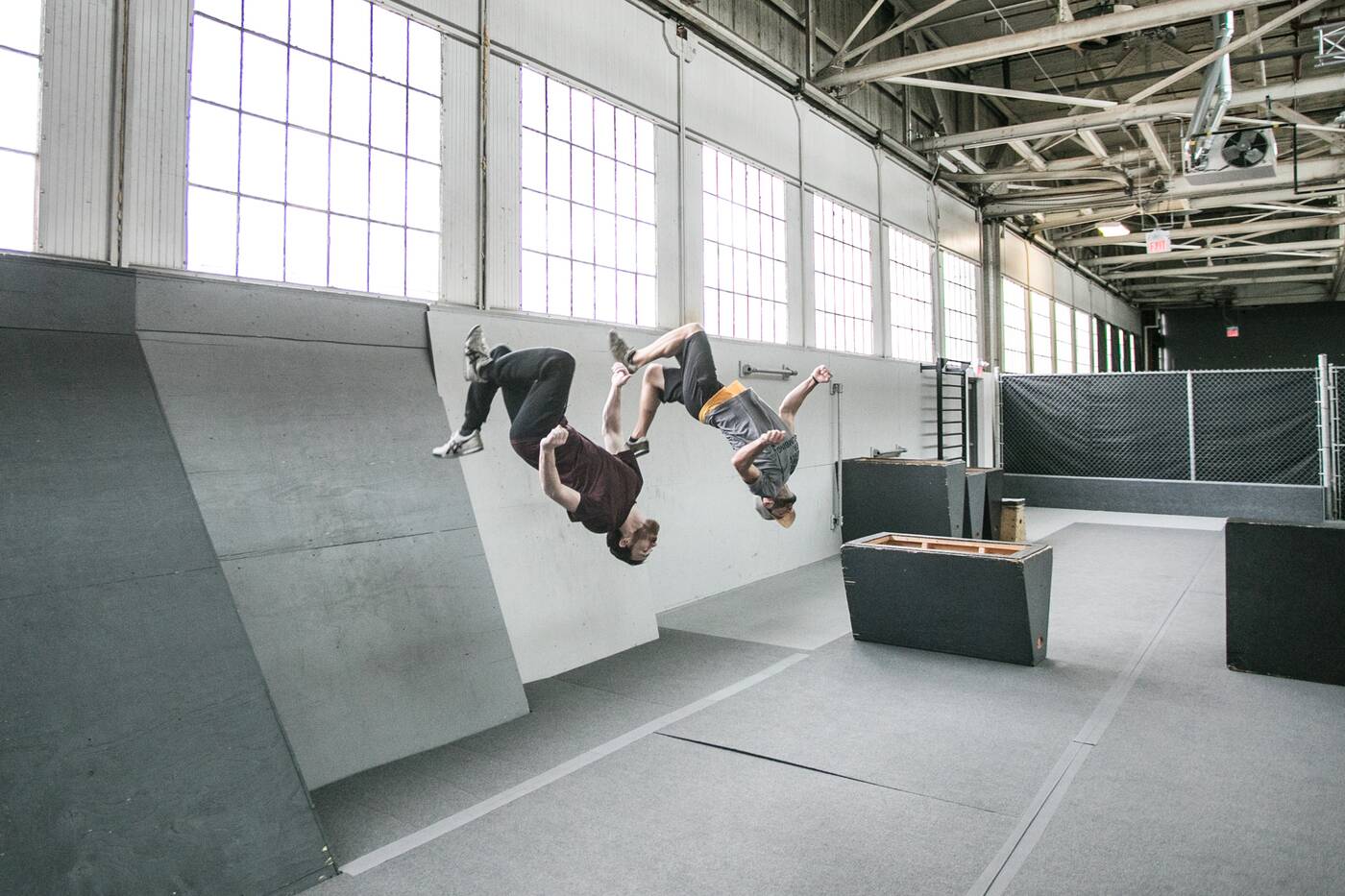 The whirlpool wall stands as high as 14 feet, but will eventually get much taller than that, according to Stavert. 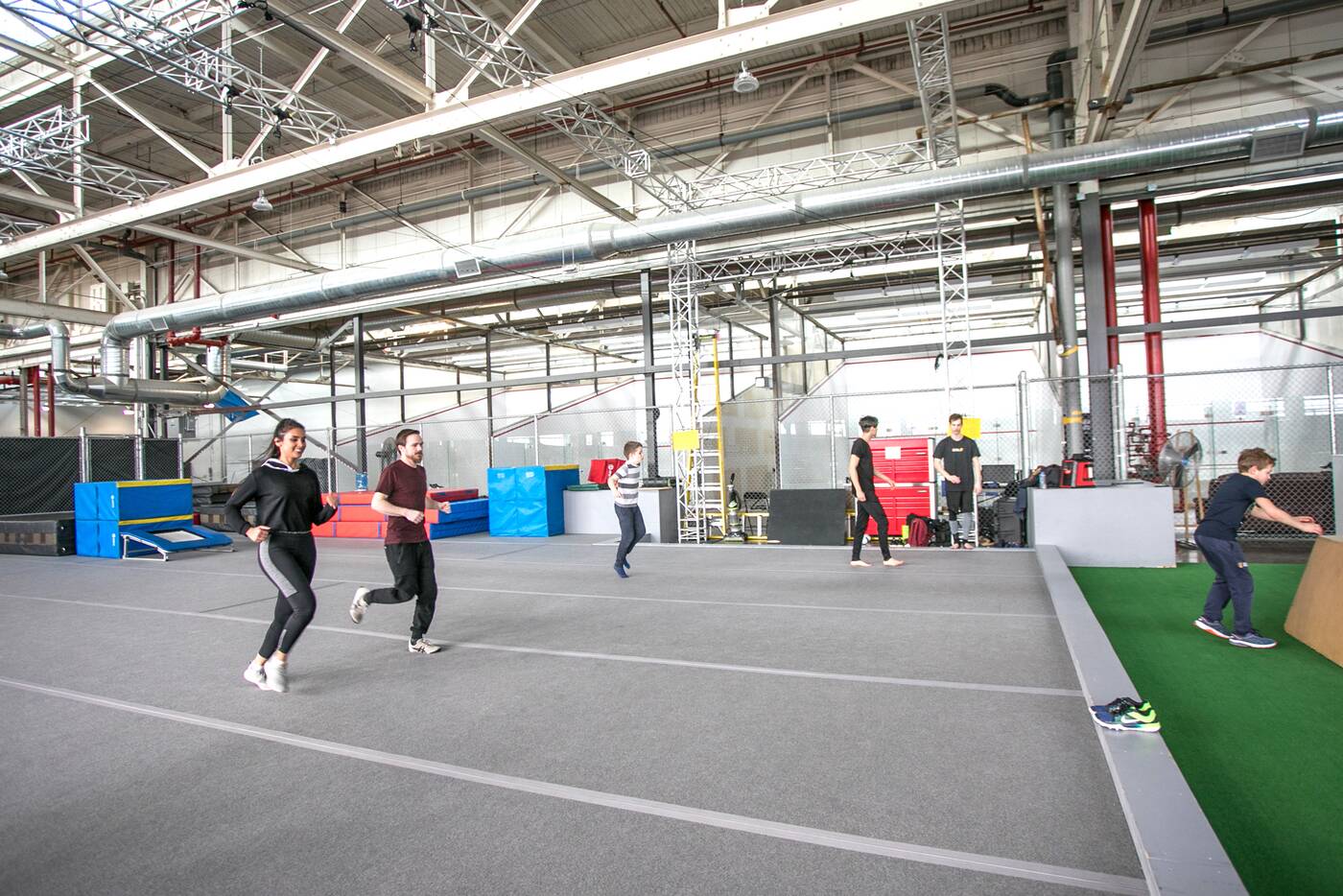 It frames the gymnastics floor, which is a whole other attraction in itself. 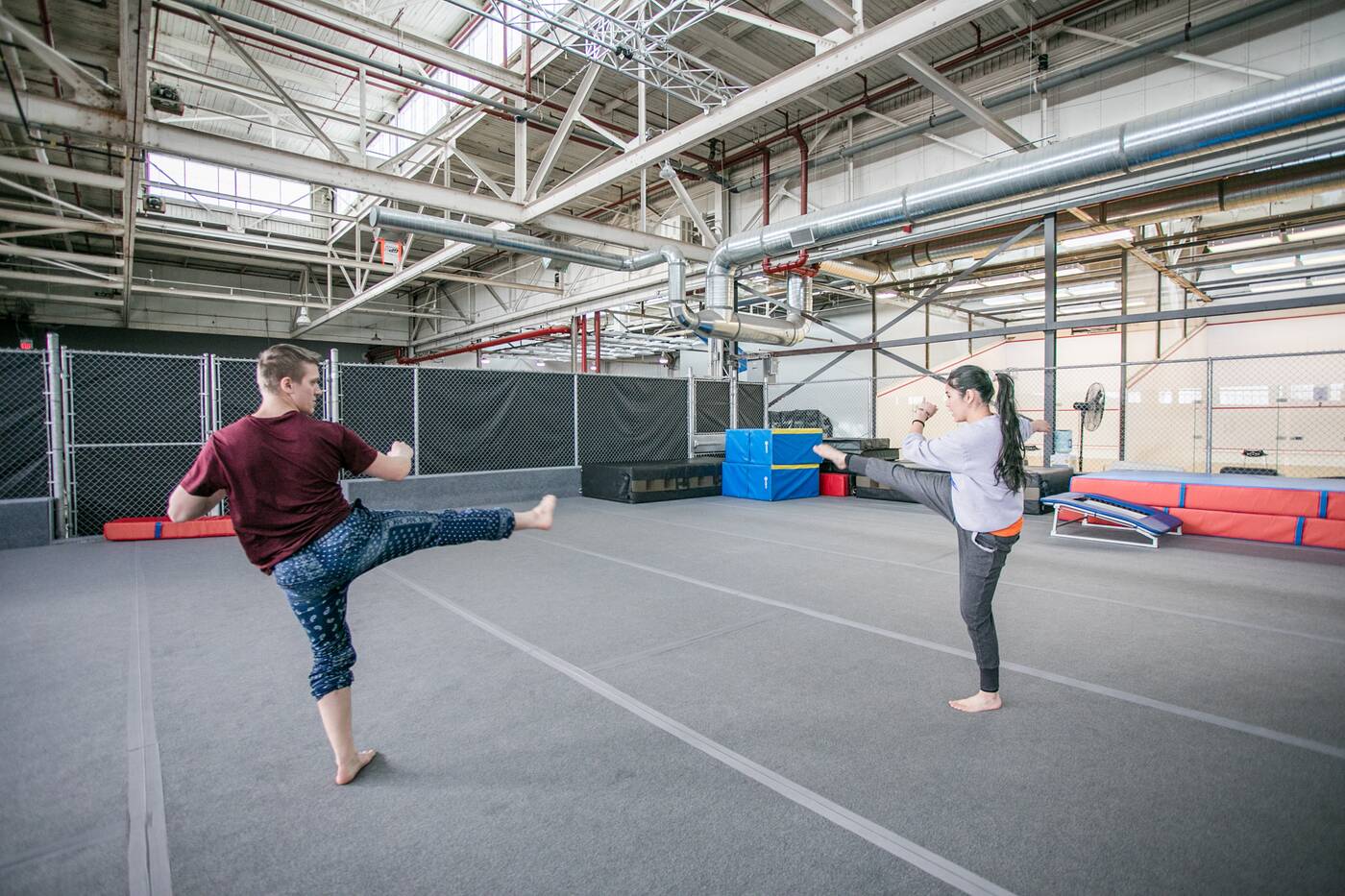 More than one-and-a-half times larger than the old Symes' version, this spring floor attracts all kinds of athletes, from cheerleaders and martial artists to acroyoga enthusiasts. 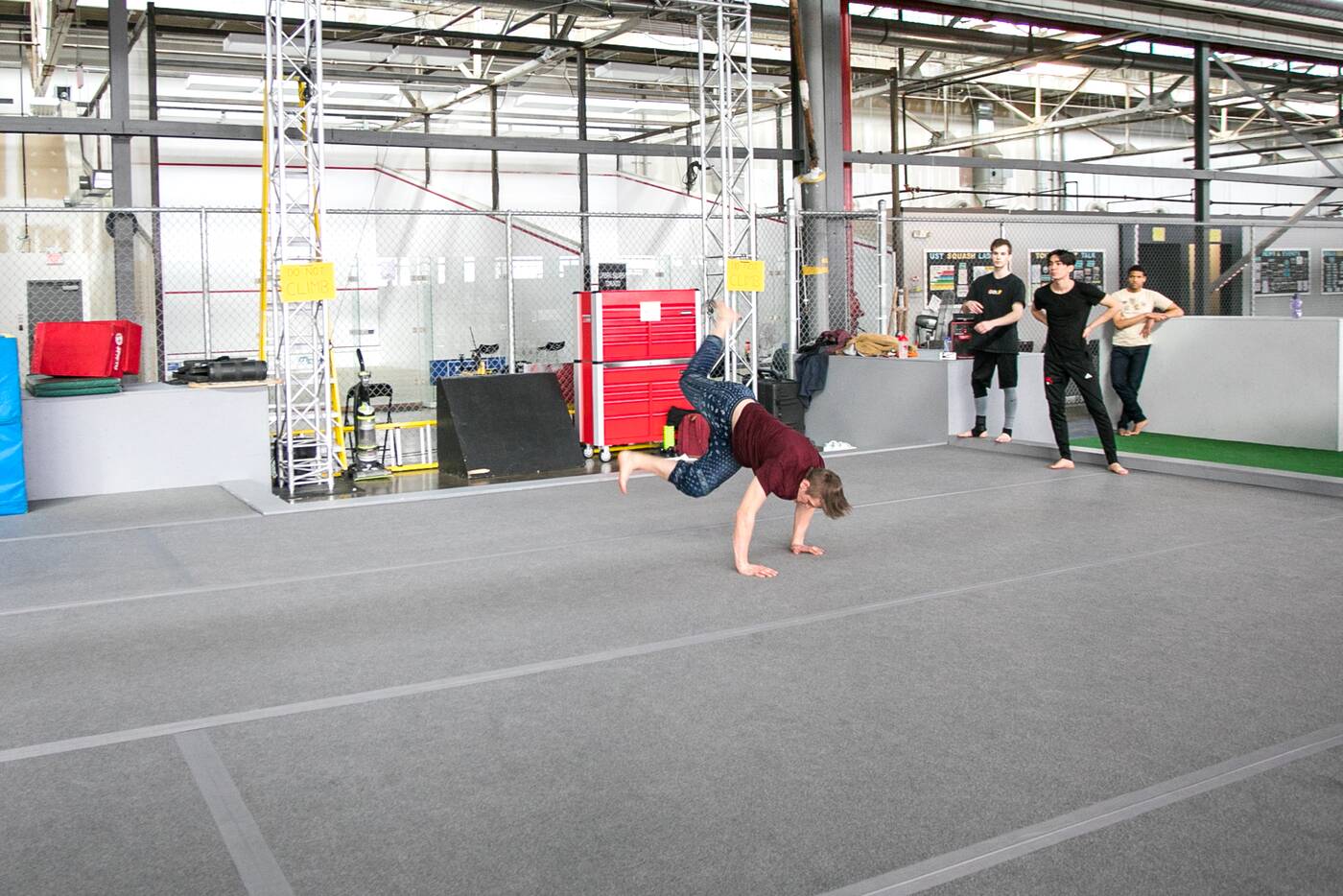 Of course, it's ideal for tricking, so the school also offers drop-in classes for kids, youth, and adults to teach basic flips. 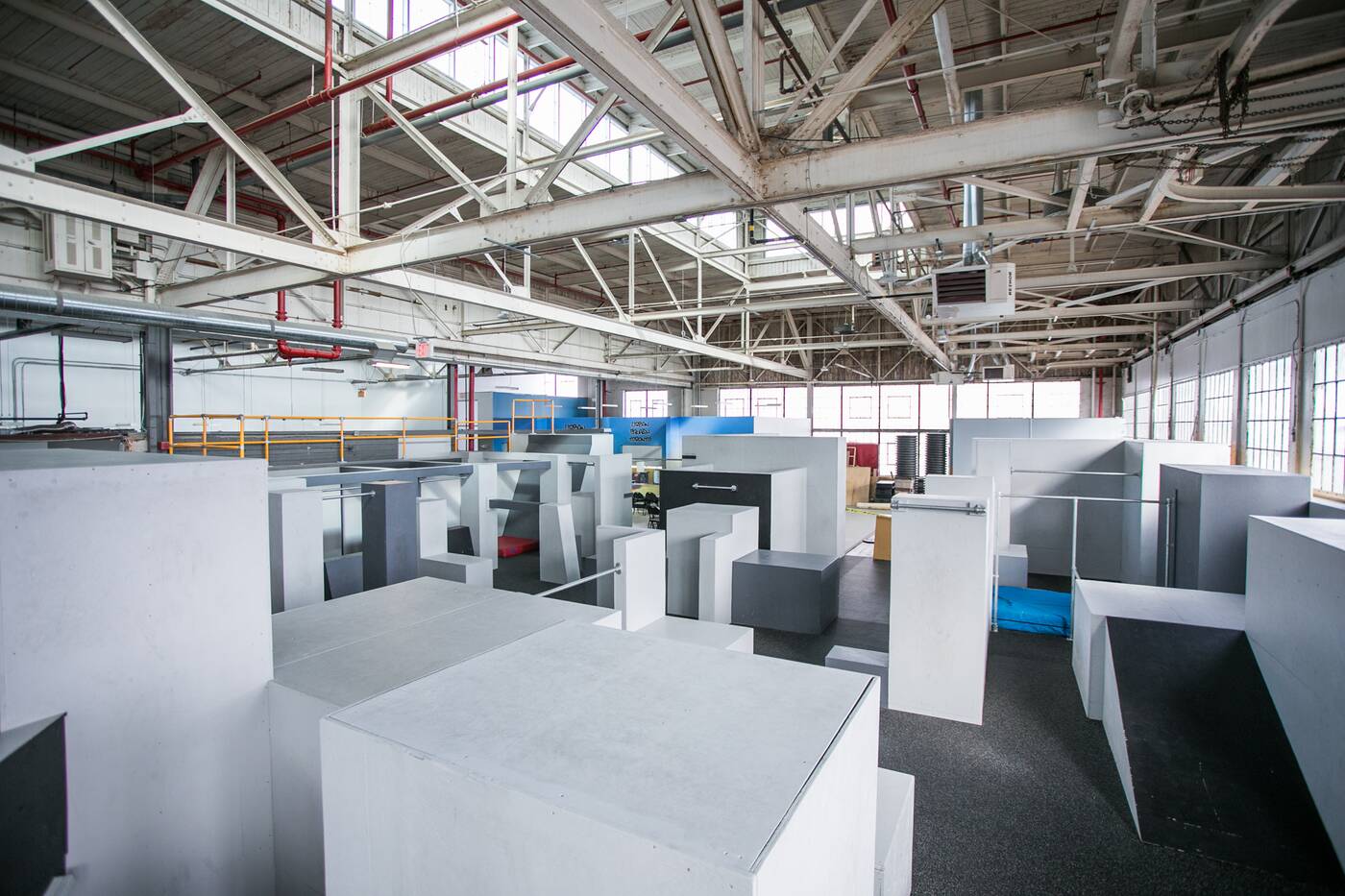 If confidently taking on the urban jungle (in all its concrete, unpadded glory) is the eventual goal, it's $90 per month for unlimited use of the space. 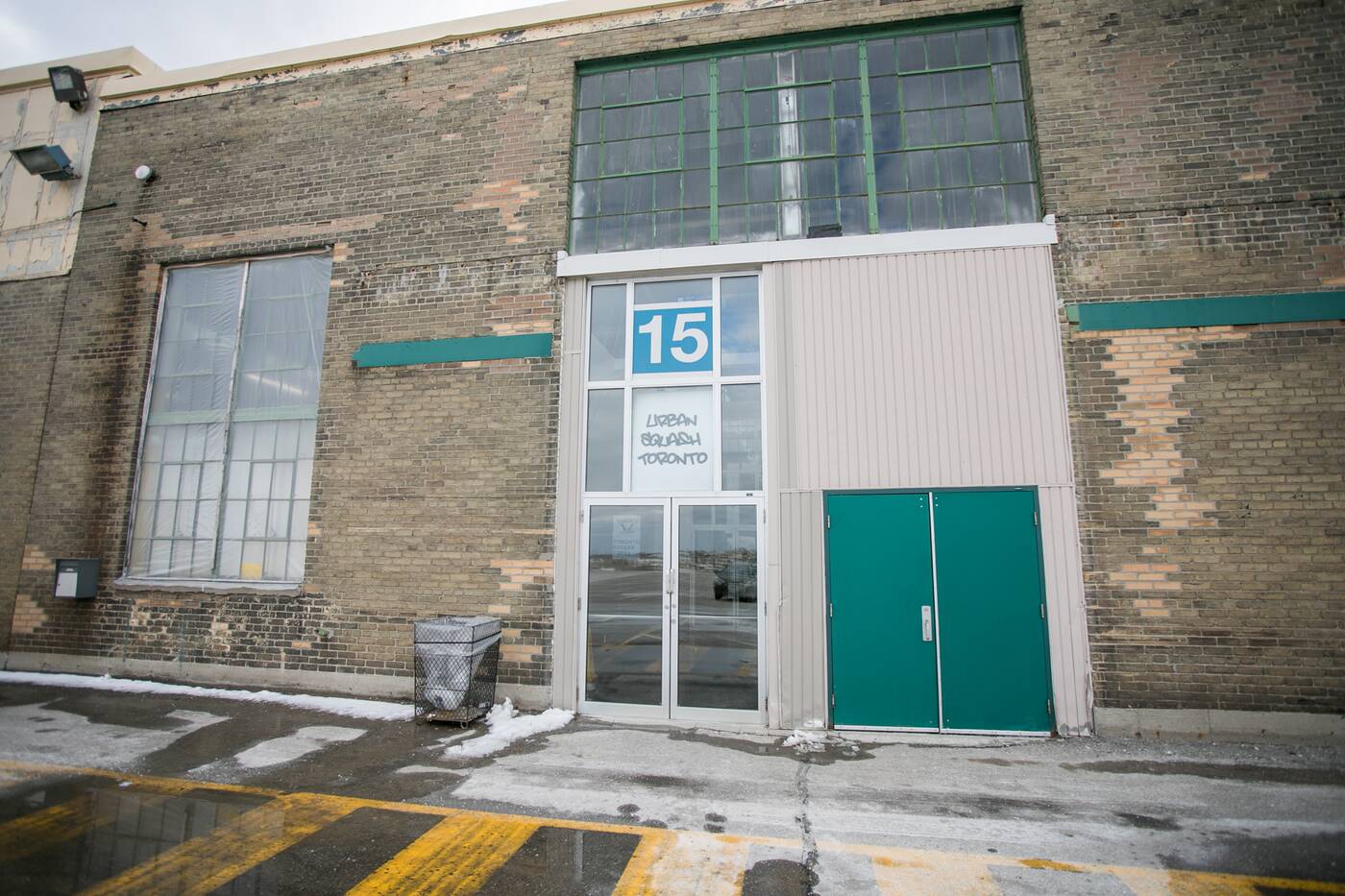